While people are extremely excited for WandaVision to begin the proceedings of Phase 4, most of us are actually looking forward to The Falcon and the Winter Soldier. It has been quite a while since we got a political thriller like Captain America: The Winter Soldier. But that would finally change with the upcoming Sam & Bucky series. It will more or less be a sequel to Captain America 2 and 3. So, we should expect the return of certain Captain America franchise characters like Sharon Carter. Agent 13 aka Sharon Carter hasn’t been given a proper focus until now. But with the extended screen time of the series format, we could get to see her character be explored in a better way. In fact, rumors have suggested that Bucky might be making a play for her in the show. Bucky did seem like a ladies’ man back in The First Avenger. So, who’s to say that he won’t flirt with Sharon. 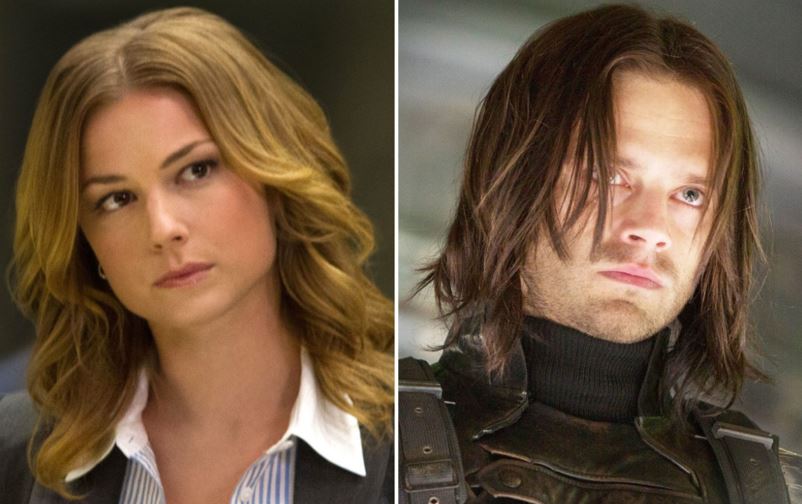 This may be odd for some since Cap & Sharon almost got together. But it was just 1 kiss, and that too over 7 years ago in the MCU years. Since both Sharon and Bucky were snapped out of existence, it was just 2 years for them. But I guess that might be enough time for Sharon to move on from Steve. There’s a chance that Sharon and Steve might have been a thing during the two years between Captain America: Civil War and Avengers: Infinity War.

Another reason to be excited for The Falcon and the Winter Soldier is that it will bring back several other familiar characters. Batroc the Leaper is coming back and he might join the likes of Thaddeus Ross, Justin Hammer, Emil Blonsky (Abomination), and Ava Starr for the Thunderbolts. Another old character that we think could be back is Arnim Zola. He could surprise us once again by making his return into the MCU through The Falcon and the Winter Soldier. This time, Marvel could pay homage to the comics by turning him into a walking, talking Robot. So, let’s wait and see how things turn out.

We already knew about returning MCU characters like Sam Wilson, Bucky Barnes, Sharon Carter, and Baron Zemo, as well as newcomers like U.S. Agent. Now, we also know for sure that Sam Wilson’s sister, Sharon Wilson, will also be a part of the series, with Adepero Oduye taking on the role. On Monday afternoon, Disney and Marel released a batch of 10 brand new photos from The Falcon and the Winter Soldier. Most of the photos focused on Anthony Mackie, and Sebastian Stan. The caption for the very last photo in the set, however, confirmed the identity of Oduye’s Sarah Wilson. 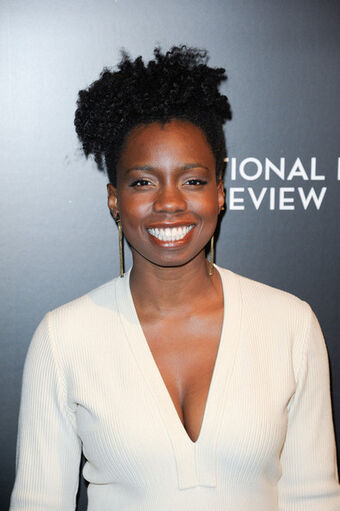 Photos from the set of The Falcon and the Winter Soldier back in 2019 reeled the casting of Oduye, who had appeared in When hey See Us and Widows. There’s no telling exactly how Sarah Wilson will factor into the story of The Falcon and the Winter Soldier, nor how many episodes will feature the character. In the comics, the loss of Sarah’s husband causes Sam to take on a more prominent role in his sister’s life, helping her with her son, Jody. What we do know is that Marvel has long been great at keeping secrets when it comes to its stories and characters, a fact that has become even more evident throughout the first season of WandaVision. While some folks online got wind of Evan Peters appearing on the show thanks to a last-minute leak, the cast continues to tease some massive character reveals in the final two episodes of the show. 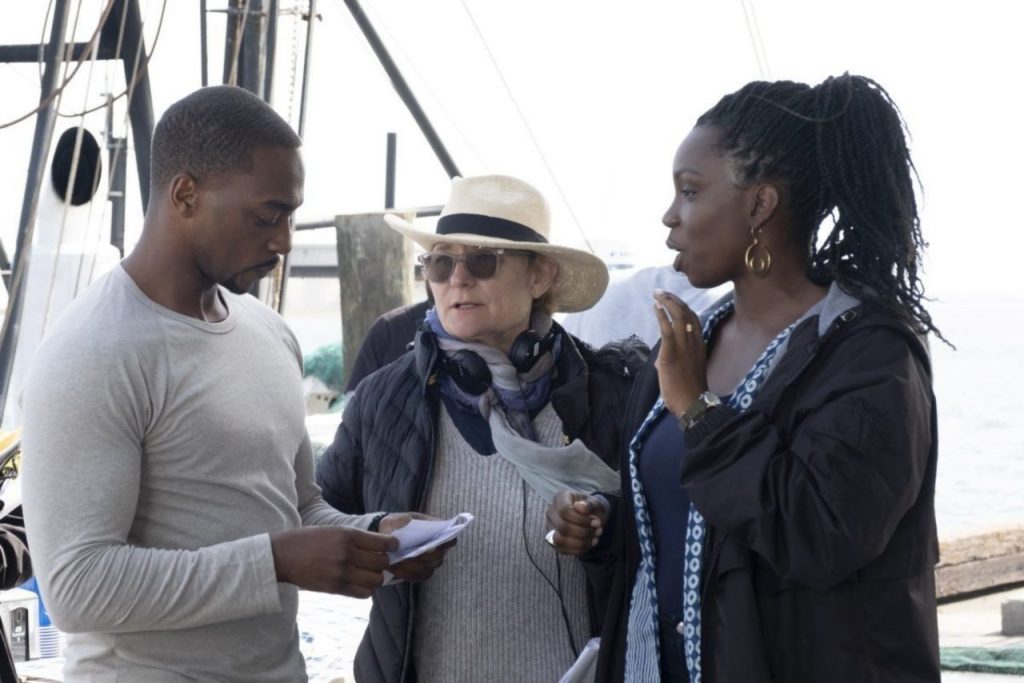 The series premiere Marvel’s The Falcon and the Winter Soldier arrives on Disney+ on March 19th.