Earlier we discussed the content that Disney+ is going to be releasing. Wasn’t that a lot? Well let me tell you, this is a race to greatness and Netflix is not holding back at all. For some time now, Netflix has got the reputation of being one of the most used streaming services. The reason being its vast catalog that it has to offer. Name a genre and it is there. As cinemas around the world remain closed or operate under very strict rules, studios continue delaying the release of their movies or sending them to streaming platforms so the audience won’t miss them. Netflix has already housed some of those movies and will continue to do so, while also adding new original content every month. 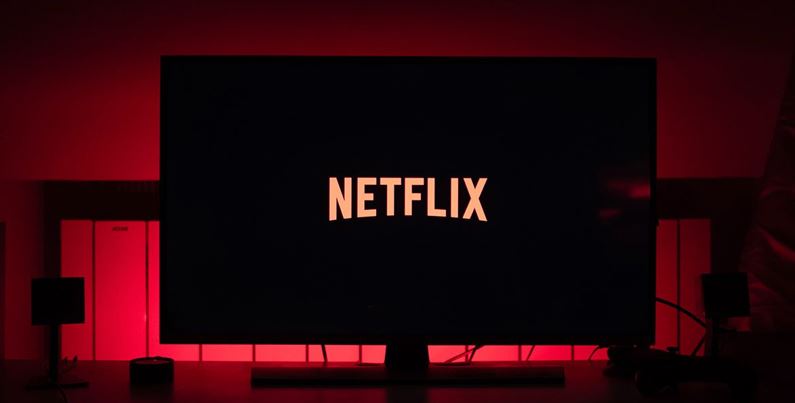 January was no less than February if we dive into the calculation for a while. The first month of 2021 saw the arrival of movies like 17 Again, Can’t Hardly Wait, Catch Me If You Can, The Departed, along with original content like the movies Pieces of a Woman, Outside the Wire, Penguin Bloom, and The Dig, and TV series like Lupin, Cobra Kai season3, etc. As for original content, Netflix subscribers will get to enjoy the final chapter in the story of Lara Jean and Peter Kavinsky, a black-and-white drama movie starring Zendaya and John David Washington, a drama TV series starring Katherine Heigl, and a variety of documentaries.

Here’s everything releasing on Netflix in February 2021. 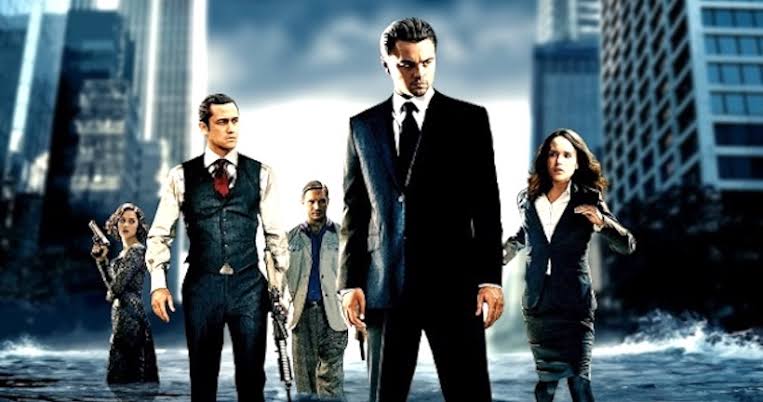 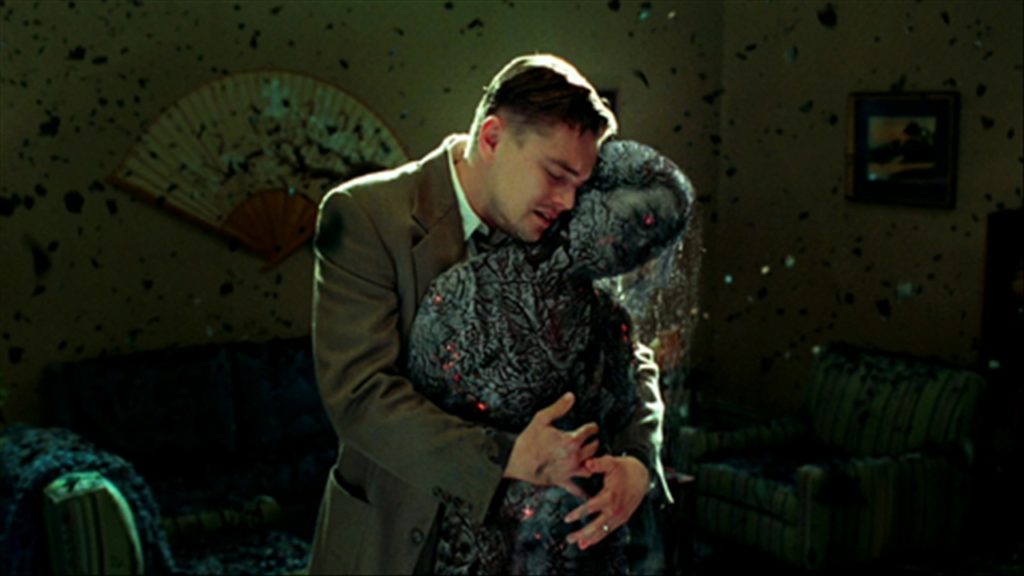 In this animated series from the creator of The Powerpuff Girls, an odd, imaginative boy acquires superpowers after finding five cosmic rings.

The mega missions continue for the Mighty Express trains – from hauling giant dinosaur bones and a baby octopus to tracking down a hidden treasure.

All My Friends Are Dead – Netflix Film

A group of friends at a New Year’s Eve party go through a whirlwind of events that expose secrets, break hearts, and leads to a shocking outcome.

A lawyer with a promising future is forced to deep dive into his past when he agrees to negotiate with an old friend turned kidnapper.

Tully and Kate meet as young girls on Firefly Lane and become inseparable best friends throughout 30 years of ups and downs.

One year later, Hache grabs a chance to start up a heroin production lab, but conspiring associates and a troublemaking relative complicate her plans.

While investigating a mysterious death, a man is drawn into a battle between the human world and a realm inhabited by mythical creatures.

In 1950s Italy, a passionate free spirit dreams of love, justice, and a better life until a forbidden affair threatens everything. Based on real events.

A family grapples with the passing of their estranged father and the remnants of the life he led during his absence.

As a filmmaker and his girlfriend return home from his movie premiere, smoldering tensions, and painful revelations push them toward a romantic reckoning.

Chasing after space debris and faraway dreams in the year 2092, four misfits unearth explosive secrets during the attempted trade of a wide-eyed humanoid.

Strip Down, Rise Up – Netflix Documentary

In an effort to reclaim their bodies and lives, a group of women explores the intersections of movement and meaning in a powerful pole dancing program.

When a demonic serpent reawakens, the Yin-Yang Masters must solve a murder mystery and protect their realms from a dark conspiracy at the royal court. 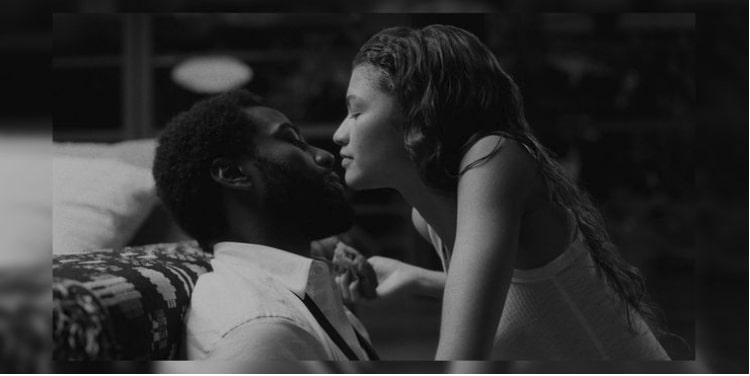 Crime Scene: The Vanishing at the Cecil Hotel – Netflix Documentary

Crime Scene: The Vanishing at the Cecil Hotel is the first season of a new documentary series that deconstructs the mythology and mystery surrounding infamous locations in contemporary crime. For nearly a century, the Cecil Hotel in Downtown Los Angeles has been linked to some of the city’s most notorious activity, from untimely deaths to housing serial killers. In 2013, college student Elisa Lam was staying at the Cecil when she vanished, igniting a media frenzy and mobilizing a global community of internet sleuths eager to solve the case. Lam’s disappearance, the latest chapter in the hotel’s complex history, offers a chilling and captivating lens into one of LA’s most nefarious settings.

The Misadventures of Hedi and Cokeman – Netflix Film

In Paris, two dysfunctional dealers use family ties to try to boost their small drug business in this crass comedy based on the web series.

Detective Luc Capitani investigates the mysterious death of a teenager after her body is found in the forest near a village in northern Luxembourg.

While in Azerbaijan, Layla, an Indonesian scholar, falls for Samir, an admirer of her work, but her arranged marriage stands in the way.

On a hiking trip to rekindle their marriage, a couple finds themselves fleeing for their lives in the unforgiving wilderness from an unknown shooter.

A celebrity journalist and renowned womanizer start to rethink his life choices after he falls for a mysterious model who leads a double life.

Buried by the Bernards – Netflix Original

In 2017, Ryan Bernard opened the doors to R Bernard Funeral Services, offering complete, yet affordable funeral packages to help his community deal with exponentially high funeral costs. With family dramedy at the center, the family-owned and operated business provides their community top-tier care, service, and comfort with a side of laughter in the toughest of times. In this line of work, the Bernards can’t neglect to support each other and have their own special recipe for preserving their relationships – it’s one part understanding, a pinch of sarcasm, and a heaping spoonful of blatant honesty. This unorthodox funeral home is only outmatched by the unconventional Bernard family themselves.

Delightful cakes and heavenly bread pop from the oven as Nadiya Hussain returns to baking, her happy place, and spotlights creative kindred spirits.

From the Soho Theater in Málaga, actor Dani Rovira presents his most honest, unfiltered, and preposterous vision of today’s human being.

To All The Boys: Always And Forever – Netflix Film

It started with an old love letter and turned into a new romance. What do the future hold for Lara Jean and Peter as they prepare for the end of high school and the start of adulthood?

A girl, a dog, and her best pal set out to save a mountain from a gold-hungry corporation, but the key lies closer to home, with her sidekick pup, Xico. 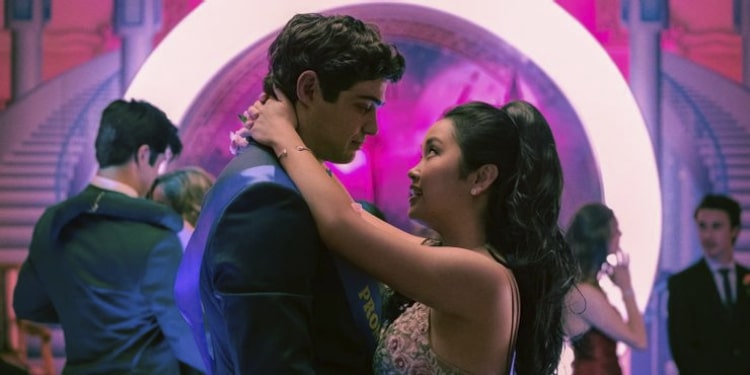 The crew chief in a NASCAR garage finds himself at odds with the tech-reliant millennials brought in to modernize the team. Starring Kevin James.

Animals on the Loose: A You vs. Wild Movie – Netflix Family

When a protective fence enclosing a South African animal sanctuary unexpectedly loses power, Bear Grylls gets called in to help. An interactive special.

Behind Her Eyes – Netflix Original

A single mom becomes entangled in a twisted mind game when she begins an affair with her psychiatrist boss while bonding with his mysterious wife.

Miserable and unsuccessful, a woman thinks she’s lost all her spar, until one day, her spunky younger self appears in front of her demanding change.

Steve sets his sights on a game such as mule deer, duck, wild turkey, bear, and moose in travels that take him to hunt hot spots across the US.

I Care A Lot – Netflix Film

A professional legal guardian of aging adults discovers that her seemingly perfect client is not who they appear to be.

In 2074, three siblings set out to change the fate of Europe after a global catastrophe fracture it into countless microstates fighting for dominance.

The plight of middle-aged men is told through the individual yet intertwined stories of four high school classmates dealing with personal struggles.

In his second Netflix comedy special, Brian Regan, the legendary comedian, confronts his befuddlement with animals, people, dinner parties, Reiki healers, and his recent realization that he has O.C.D.

This documentary tells the story of world-renowned footballer Pelé, his quest for perfection, and the mythical status he has since attained.

Canine Intervention follows renowned Oakland dog trainer, Jas Leverette, as he runs Cali K9, one of the top dog training facilities in California. Using his unique training methods and techniques, each episode will feature Jas as he works with a variety of dogs and their owners to fix their obedience and behavior issues. Jas works with all breeds, he’s never turned a dog away, and he can correct even the most extreme behavior issues.

Hoping for a fresh start, teenage Ginny and her mother, Georgia, settled in a new town, but the secrets in Georgia’s past jeopardize their endeavor.

A sensitive and independent girl falls for a mysterious dream boy and yearns for the one thing everyone wants in a relationship: commitment and love.

A teen girl is teleported to a high-rise rooftop where she must choose between four dangerous options in a battle for her survival.

Bigfoot’s now a big deal, so when he goes missing, his shy but tech-savvy teen son must take on an evil CEO to save his family and a wildlife preserve.

Caught by a Wave – Netflix Film

A summer fling born under the Sicilian sun quickly develops into a heartbreaking love story that forces a boy and girl to grow up too quickly.

Crazy About Her – Netflix Film

After spending a wild night together, Adri discovers the only way to see Carla again is to become a patient at the psychiatric center where she resides.

An unfathomable incident introduces a genius engineer to dangerous secrets of the world and to a woman from the future who’s come looking for him. 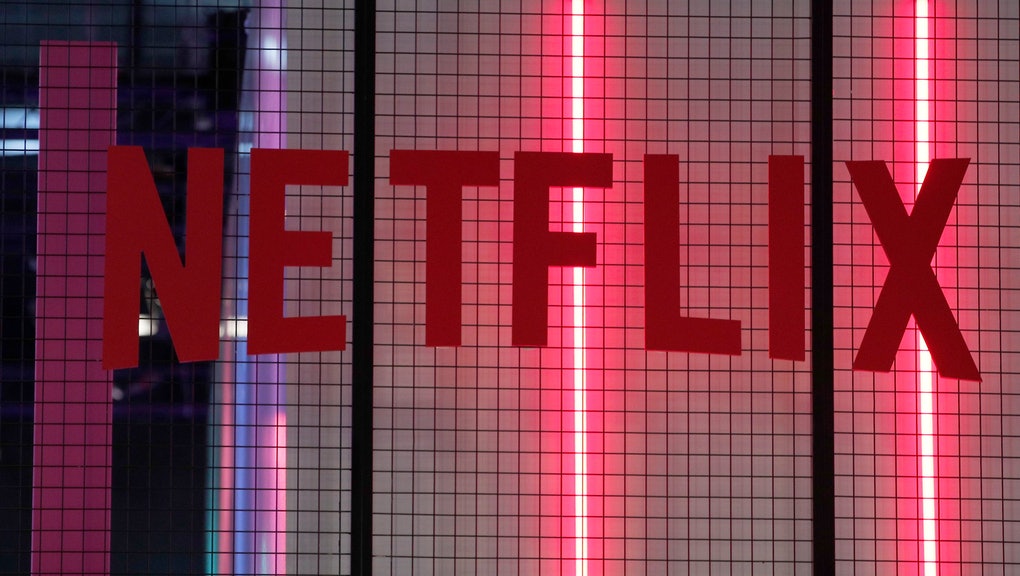 A man caught in the middle of an Italian mafia war flees his adopted home for his South Korean birthplace where he finds more than one reason to stay.

With this, the list concludes. Would you look at the content list? Oh man, it’s crazy! So if you’re an avid Netflix user, you better note your favorite ones down and block your calendars!