We at QuirkyByte support comic books, movies and tv shows. Basically any form of art. So, a new Indian comic book called Gone Case is coming and we are excited about it. We asked the creator of the comic book, Shiv Panikker, to tell us more about it. So, here it goes!

What is Gone Case? Why the term “Gone Case”?

As the release date of Gone Case: The Comic Book approaches, these are the two questions I get most frequently asked.

Unfortunately, there is not just one answer as to the question “why”? because just like the narrative of the story, the intention behind the title has many reasons, which ultimately connect to one big reason.

In Feb of 2019, I was walking out of the cinema in Bangkok, after catching a midnight screening of Gully Boy. I had this overwhelming feeling of pride, a pride that a film from my birth country garnered such an amazing reaction with an international audience beside me. That movie inspired me in multiple ways.

Firstly, Zoya Akthar’s storytelling. It didn’t just touch an emotional chord, but it gave me a reality check. A reality check to get out there and do what I love, instead of me just being complacent in my corporate filmmaking job.

I wanted to tell my own stories, I wanted to inspire the same way the entire audience with me in the theatre felt inspired.

Secondly, watching Murad’s story, knowing it’s based on a true story of a guy with hunger & dreams who just used his talent to go out there and do something only heightened my passion further. I made a vow, that I’m going to write my own script. I’m going to tell my own story. I realised that the only thing standing in my way is me. The feeling that the movie gave me, is the same feeling I got when I watched Star Wars & Spider-Man for the first time. I was overwhelmingly & positively rattled.

Unfortunately, that feeling burst like a bubble as soon as I walked out of the theatre. I got a notification on my phone telling me that a large sum of money was withdrawn from my Indian debit card. At first, I was shocked, then knowing that those are my savings, fear seeped in me and I got scared. I went through my entire transaction history and called up my parents and asked them if they moved the money into another account? They sounded as confused as me. Then I called up my bank. Unfortunately again, I had to wait until the next day. So by this point, I felt nothing short of helpless.

The following day, I was finally told that I was a victim of debit card theft. After the bank’s investigation, I did get my money back. But it’s that feeling of helplessness that stayed with me.

I began doing my research on debit card theft and I was stunned to find out that over 461,000 stolen cards with all their personal information, both debit & credit (worth $130 Million) are being sold on the dark web. What shocked me, even more, is the fact that only 2% of those cards were Colombian. The rest 98% were Indian. All of this information was being sold on a Dark Web marketplace called “Joker’s stash”. I literally froze after reading that. For a moment I felt as helpless, as when I got the text from the bank. However, as helpless as I felt, I was intrigued by the reality and the ignorance of the situation. Why aren’t more news outlets covering this? Why isn’t this prime time news? Why is cybercrime a taboo subject to talk about?

Thus, I began to dig deeper. I wanted to know as much as I could about the dark web. What came out of my research was two things. One, going down that rabbit hole of even educating oneself on the dark web can be very very risky and two, people should be made more aware of cyber theft. And more importantly how dangerous the dark web can really be. From identity theft, to credit card theft, sale of narcotics, child pornography, red rooms & even the option of getting access to contract killers is all out there. The words strange and disturbing aren’t enough to justify the dark web, but the real disturbing part is that this isn’t the Matrix. This isn’t another wold. This is real. Regular people in the confines and safety of their homes, operating with dual identities on the dark web. Some as vendors, others purely for indulgence. The scary part here is, that there is a minority that stumbles upon it out of curiosity. Sadly, these are the folk who end up becoming victims of digital theft. Many a time, cybercrime agents sit undercover on the dark web posing as vendors or buyers. So even a harmless conversation that started out of curiosity could end up with you getting arrested.

To me, having experienced a mere glimpse of this horror made it personal and real. I decided to channel all my helplessness into my script. I wanted to tell a story that’s not just socially relevant but something which I could put a spotlight on. The conspiracy theories you read about on the dark web are a wake-up call. YouTubers talk about a variety of horrific conspiracies that everyone else just seemed to ignore. People dressed up as cartoon characters to conceal their identity so that they can torture or kill other people online? Another mind-boggling conspiracy that intrigued me revolved around a video with random horror movie clips edited together which saw people being killed in horrific manners. The strange part is that, while most of the movie clips were recognisable, a few clips seemed to be amateur home video footage of actual events, with actual killings thrown in the mix.

Thus, I began writing my script. I was almost certain that I would be able to sell this to an OTT platform. A couple of months later, I took the script for a narration to a few industry folk friends of mine for their opinion and I was told, it’s too dark. Some of them told me, while the plot and story are very interesting, the audiences aren’t ready for something like this as yet. Almost everyone I spoke with, advised me to commercialise the script with the trends that a lot of the digital films & web series are doing. Right from adding in terrorism as part of the plotline, to adding in a political conspiracy to even throwing in a love story. These are just a few of the suggestions that were given to me to ADD into Gone Case. I’ll save the suggestions given me to remove stuff out of Gone Case for another day.

Again, I felt helpless. As someone who’s only directed commercials and digital films, I was out of my depth to even assume that an OTT platform would purchase the script with MY story intact. I knew that even if I managed to sell my story, I would most certainly have to deal with third-party interference to either commercialise or tone down Gone Case. Similar to how third-party interference ruined Zack Snyder’s Justice League. It dawned upon me, I won’t get a Snyder-cut version of my story ever. I’m nowhere close to Zack Snyder’s league to even fantasise the assumption.

I would constantly obsess about finding a way on getting the story told and one evening while reading Batman: Hush, which is possibly my favourite comic book storyline ever, I started to imagine what Gone Case would look like as a comic book. Gone Case – the realistic, dark, gritty comic book. I called up Karan Danda, (the artist of Gone Case) & asked him to draw a few concept sketches of the characters.

The second he sent those sketches, I was blown away & then I asked him, “yo, you wanna do a comic book with me”?

I suddenly wasn’t feeling helpless anymore, but I felt inspired. The same feeling I got while watching Gully Boy. Inspired to do something so different, it could be ground-breaking.

Funny enough, when I returned back to India in Feb of 2020, with the rough comic book sketches in hand, the same folk who told me to change Gone Case, saw those sketches & asked me to sell the rights of the script so that it could be pitched right away. However, my love for comics and the inspiring feeling of doing what you love and telling my story overcame any sort of potential offer and they were told to hang on until the original story gets out there to the world in comic book format.

Here is the cover art of Gone Case along with some actual comic book pages: 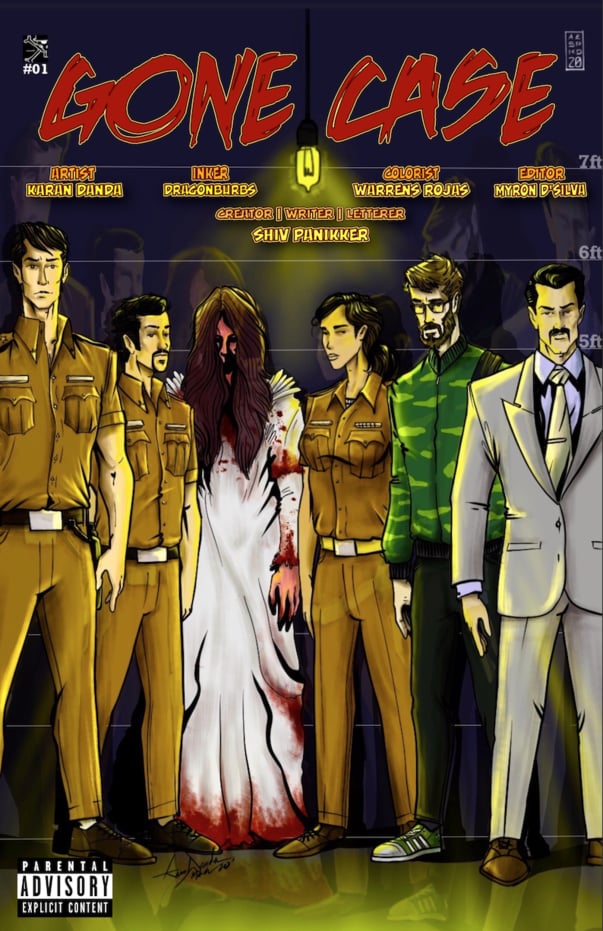 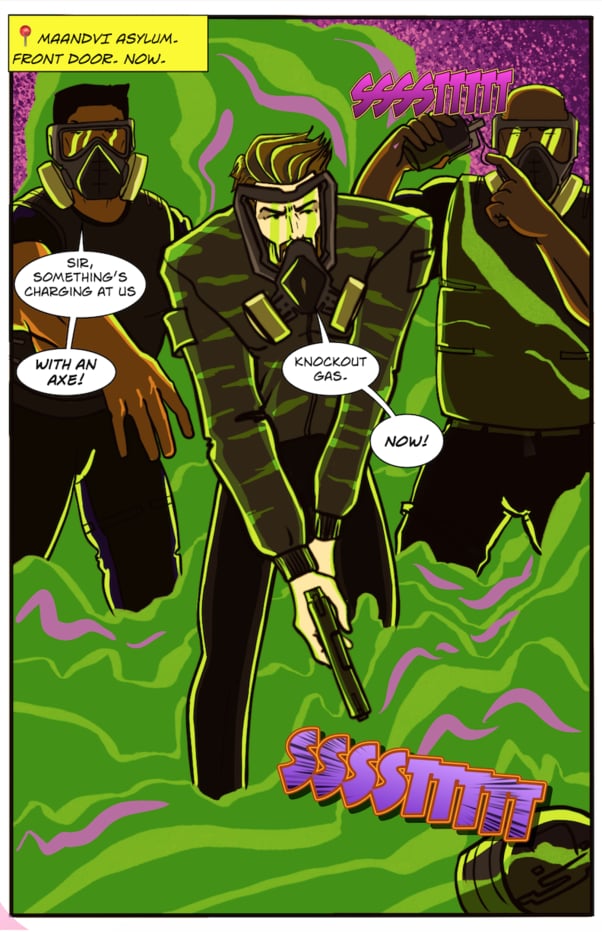 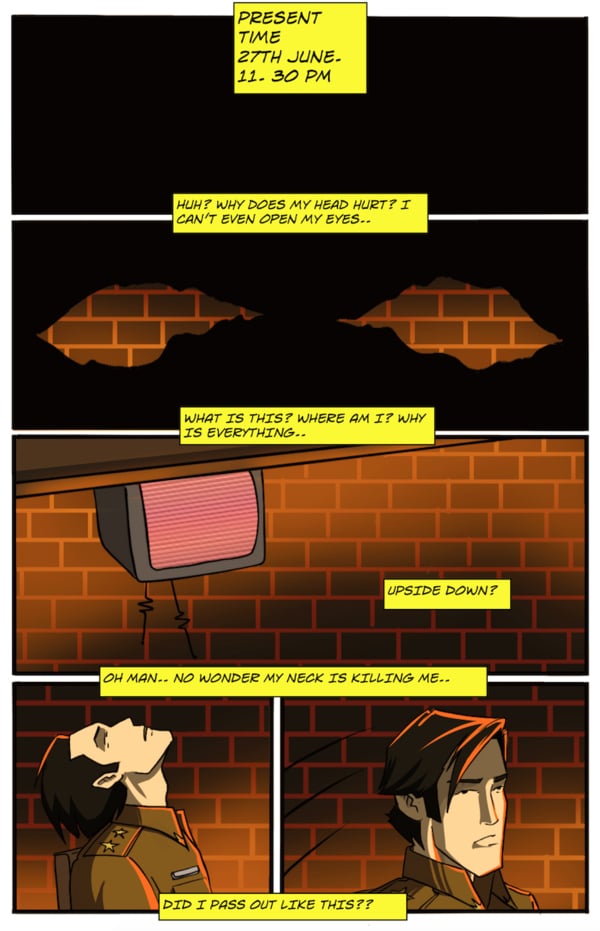 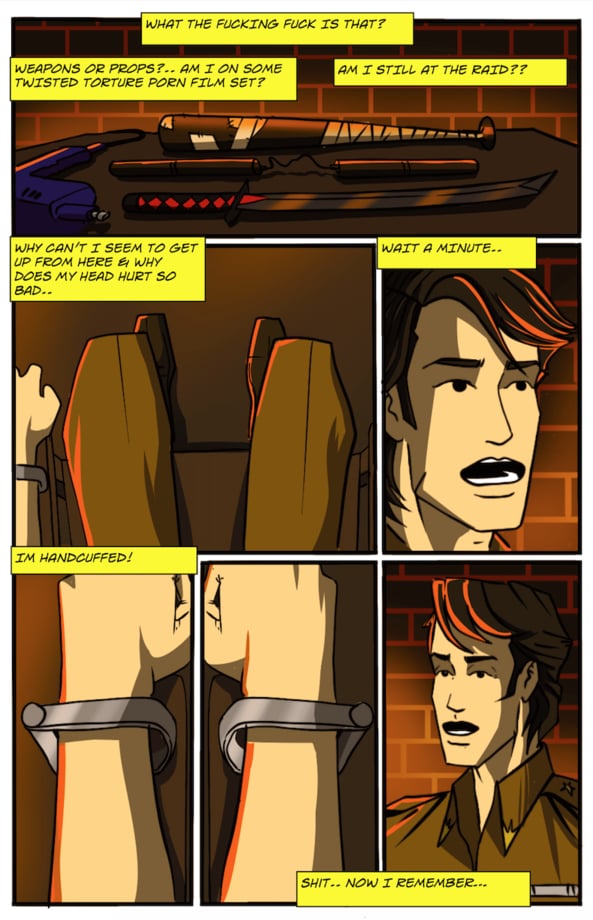 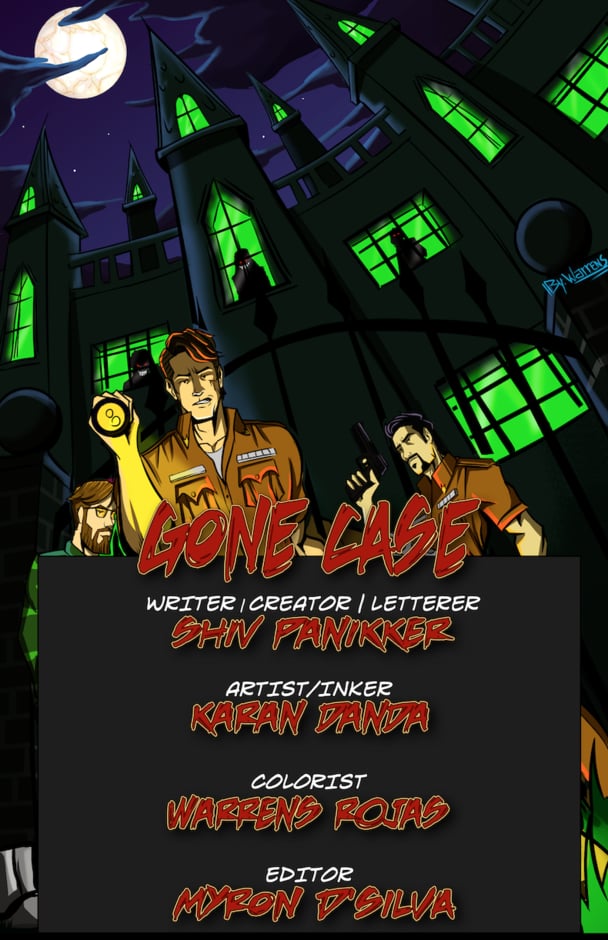 Metaphorically, everything I researched on the dark web seemed nothing short of crazy. Additionally, the realistic element with the slang lingo used by the characters in the comic gave birth to the title “Gone Case”.

Again, what is Gone Case? Why Gone Case? It’s a series of events all connected together after tumbling down the rabbit hole that connects to one big case. “Gone Case”.