Did Goku and Frieza fight?

Frieza is one of the most well-known and infamous supervillains of the Dragon Ball roster. First making his appearance on Dragon Ball Z, the guy has become a fan favorite. His fight with Goku on the Namekian Planet is considered to be one of the most legendary battles to have been ever fought in the history of Dragon Ball. A lot happened in that fight. We saw Goku’s mastery of Kaio-Ken in action. We saw Frieza and his multiple transformations as well. But the incident that cemented this fight as the most significant in the Dragon Ball Universe was Goku’s transformation into a Super Saiyan. 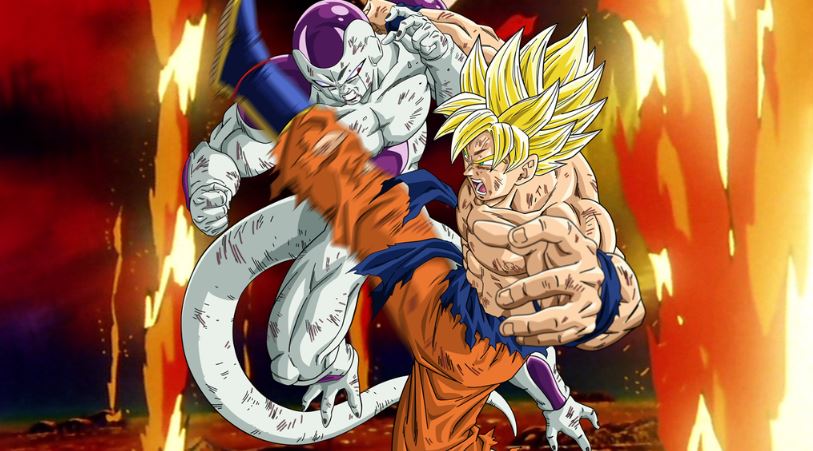 To stop Goku from defeating him, Frieza used his Death Ball technique – an attack that can destroy a planet, to destroy Namek and kill Goku. Frieza set the Death Ball to e4xplode within five minutes. And that was the entire time Goku had to fight Frieza in his Super Saiyan form before the planet inevitably explodes. But the fight dragged on so much that fans started to wonder whether it was just five minutes or way longer. We might have an answer. 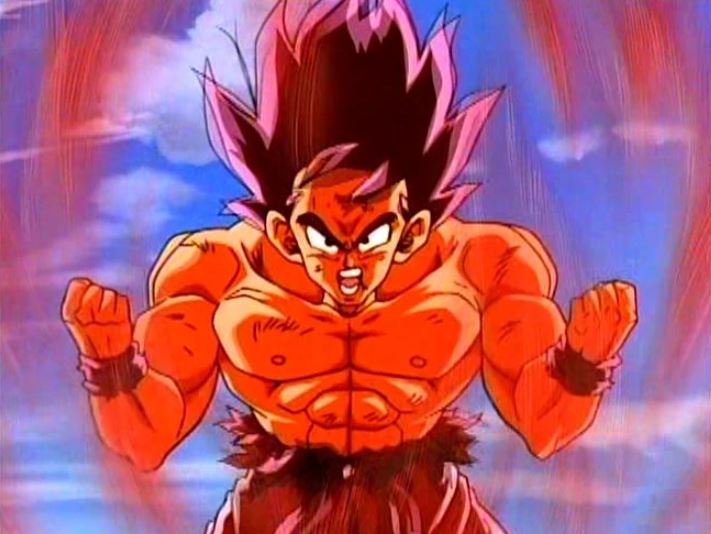 Before we begin, we have to give a little background information for the Non-Dragon Ball fans here. Goku is a Saiyan Warrior who crash-landed on Earth and has since become Earth’s greatest protector and martial artist. Frieza is an intergalactic dictator and before Goku surpassed him, he was the world’s most powerful warrior. Goku and Frieza fight on Namek because both are in search of Namek’s Dragon Balls that can grant the invoker any wish he wants. Goku meets Frieza right after Frieza has made short work of all the Z Fighters including Gohan, Piccolo, and Vegeta. The fight starts with Goku tilting the tides towards his favor but then Frieza unleashes his wrath, proving that he was holding back all along. 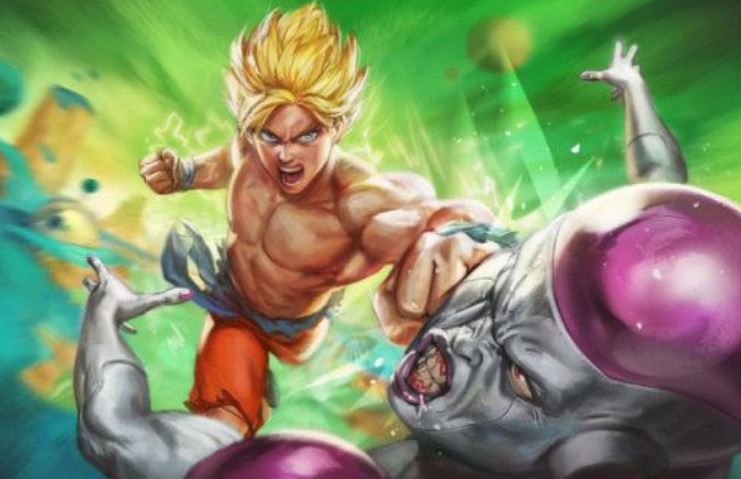 The Battle between Frieza and Goku begins on Episode 87. It continues till Episode 105 of Dragon Ball Z. The revered 5-minute battle started at Episode 97. So it continued for around 9 episodes. That is a long 5 minutes if you ask us. The Goku vs. Frieza Fight on Namek is considered to be the longest and most drawn-out one on one fight is not just Dragon Ball but anime history. But why is that? 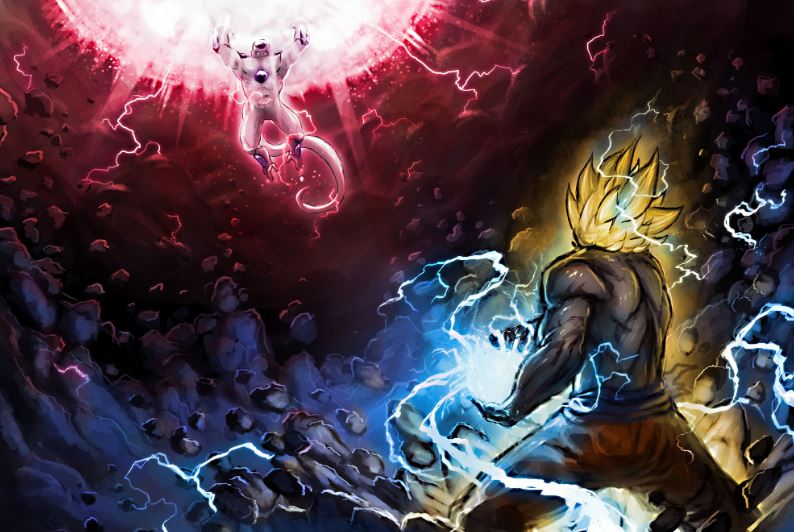 Frieza even claimed that the Death Ball’s timer has been set for five minutes and Goku will not survive the planet exploding. Frieza, on the other hand, has a body that can survive in outer space. So that was Frieza’s trump card. Even if Goku was stronger than Frieza in the former’s Super Saiyan form, all Frieza had to do was continue to stall till 5 minutes. And that fight would inevitably end with only the alien dictator walking out alive. We stress upon “5 minutes” so much throughout the article because the fight never really looked like it was within that time limit. And there might be a very good reason behind it. 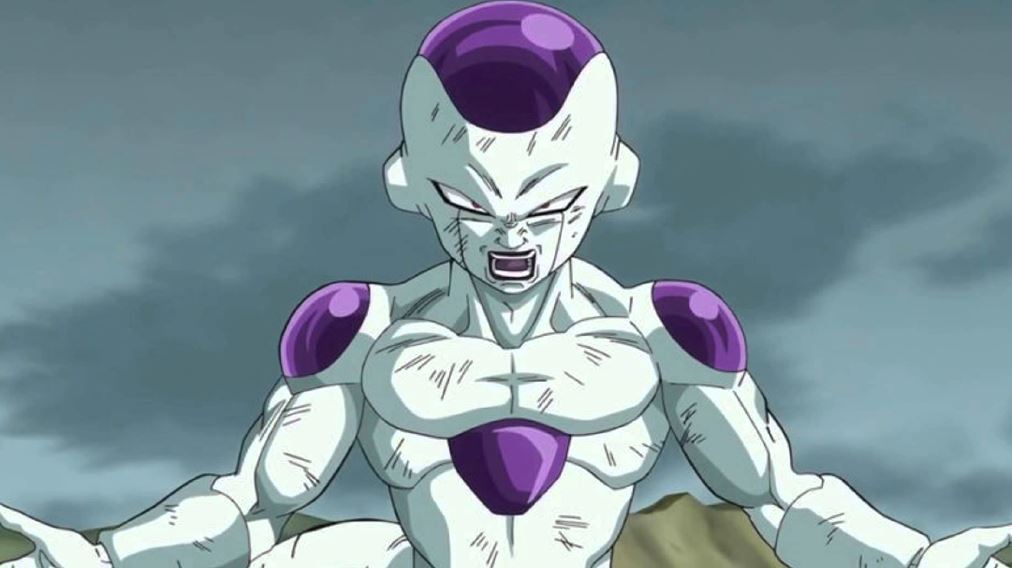 The most obvious one that comes to everyone’s mind is that Frieza miscalculated the timer for the Death Ball. He either accidentally delayed the death ball for more than he should have or he was wrong at fathoming the durability of Namek’s Core. He did not pump up more energy into the Death Ball to speed up the process. Frieza is a veteran warrior. 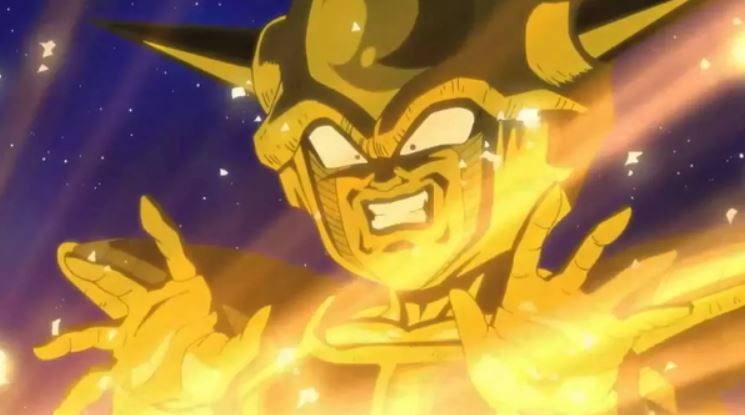 He has conquered more than 400 planets and destroyed countless ones. Even Vegeta, who was a warrior of a much lower level, was able to destroy a planet with his power. Frieza has enough juice in his body and brain to not have made that error. So we can rule that possibility out of the discussion. There must be a better and more feasible reason behind it. The fight got prolonged for something many of the fans are still clearly missing. And that is why we are here to give you the answer to that question.

Did the fight take 5 minutes or was it longer? The answer is, well both a YES and a NO. 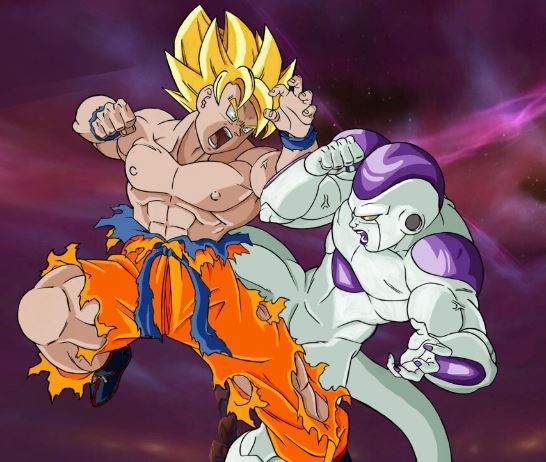 We know. It is a bit too ambiguous an answer. We will break it down for you. In Physics, there is a concept related to the flow of time called Time Dilation. Time Dilation is the difference in the time elapsed when measured by two clocks, with both the clocks recording a time corresponding to velocities relative to each other. In even simpler terms, one of the clocks is going faster while the other clock is not. Imagine you are in a car. You are driving the car at say, a 100 Kms/hr. Now imagine a person is walking in the same direction as you. When you pass by that person, you see him almost stationary. Now if you increase your speed to the speed of light, your relative velocity is so high that everything around seems to almost standstill. Congratulations – you have now experienced the phenomenon of Time Dilation! 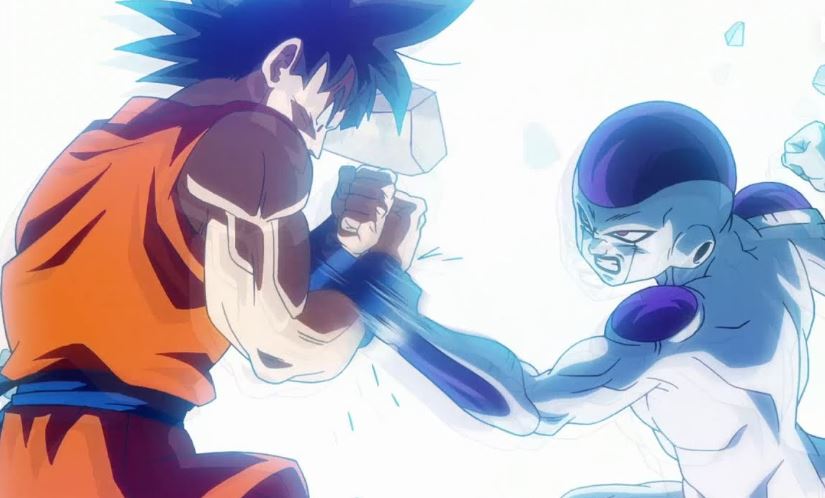 Time Dilation as a concept has never been explicitly mentioned in Dragon Ball. But we have seen it in action several times. Goku and the rest of the Z Fighters have majestic speeds. They seem to appear out of thin air in the middle of a battle. Most of the normal human beings cannot even see the fight because for the untrained and non-Z Fighter eye, it is almost impossible to capture someone’s image that is running around at that level of speed. Sometimes Goku and Vegeta have shown that they could be so fast that even most of the Z Fighters have a hard time following the fight. Like we said, Time Dilation has never been mentioned explicitly, but as of now, it forms the basis for most of the fights in Dragon Ball. 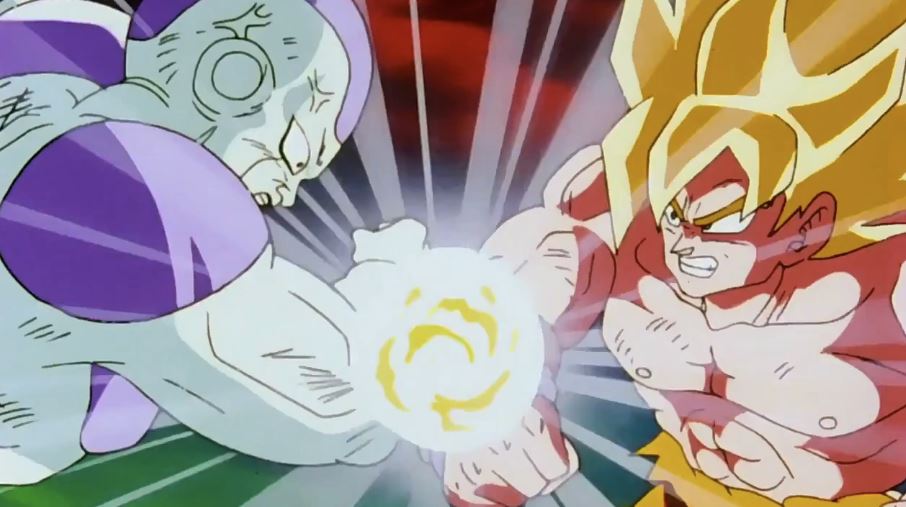 And that is what happened on Namek. When Goku and Frieza were fighting, they were going at speeds that are beyond human comprehension. The fight was slowed down to at least ten or twenty times over for it to be shown on screen. As a result, the fight got dragged over for 9 episodes. It is not because Frieza miscalculated or the anime had plotline error. It was Time Dilation in action. The fight was actually for five minutes but if it would have been shown as it is, then we would not have been able to see the fight itself. The entire 9 episodes were 5 minutes because Goku and Frieza were moving so fast, their clocks could stretch the time to hours due to the Time Dilation effect. 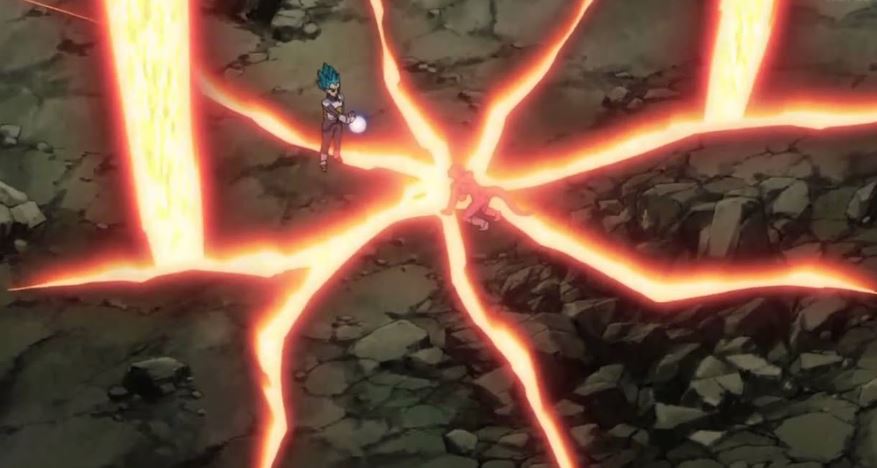 Frieza’s single greatest error was giving the death Ball a time delay. It was the very reason Goku had enough time to take him down. When Frieza achieved his Golden Form, he decided to undo his actions. He used the Death Ball without a time delay. The Earth was destroyed and Goku and Vegeta were killed. If not for Whis to turn back the clock Frieza would have won that round. Now that Frieza is more or less a Z Fighter, there is no point in determining who would win anymore. But the 5 Minute Battle has been puzzling all Dragon Ball fans since time immemorial. We are glad that we finally get to have an answer that is not just definitive but also fool-proof.

Galactic Patrol Kidnapping. Following the ordeal surrounding Broly, Goku trains with Vegeta in the Gravity Training Room. … Vegeta asks why he needs Buu and Merus explains that a dangerous criminal has broken free of the Galactic Prison and to recapture him they need the assistance of the Grand Supreme Kai. 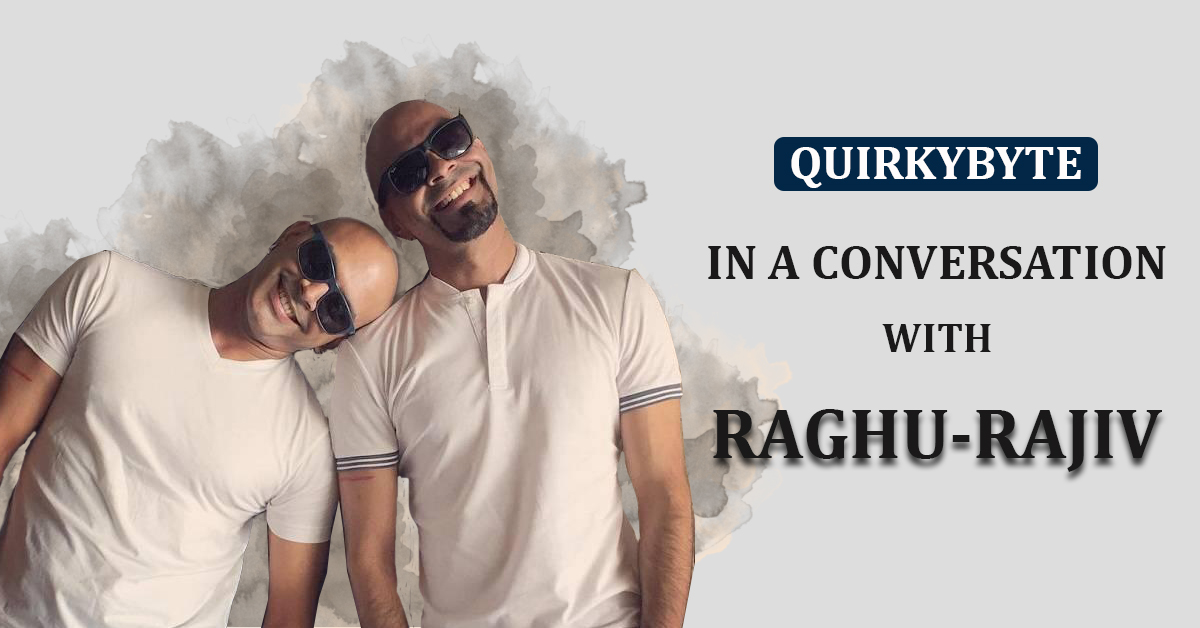 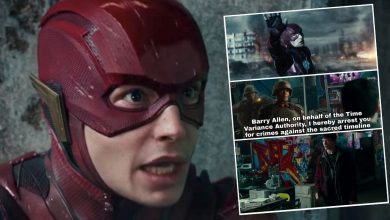 20 Hilarious Flash Memes From The Movie And The Series