The Falcon And The Winter Soldier is still under production but we’re happy that we will get to see the show in the second half of the year. It will premiere on Disney+ in August. Since it has 6 episodes, it’s obvious that the show will go on until September, with every episode coming out on a weekly basis. A recent Falcon & Winter Soldier set video has brought us our first look at US Agent in action, and he seems to be a total bad-ass! Take a look at:

US Agent will be the newly chosen Captain America in the series. In the comics, he is turned into a villain, and we expect a similar scenario on the show as well. It is understandable why John Walker will be the next Captain America because Sam Wilson was a fugitive of the UN for two years after the Civil War. He followed Steve Rogers in his footsteps, so even though Rogers chose him to be his successor for the mantle of Captain America, the government won’t let a former fugitive of the law become the face of the American nation.

Potential Spoilers for the series follow. Proceed only if you want to know:

A recent plot leak of one of the beginning episodes has been revealed through 4Chan. It does seem to be quite legit and it tells us a little detail about John Walker aka US Agent, and Sam’s reaction to Walker being chosen ahead of him. Go through it:

They go to Madripool with him and there they meet Batroc the Leaper and Omega Red.

There’s plenty that we could dive into here. For starters, Sam Wilson accepts the government’s decision to make John Walker the next Captain America. He was happy that Steve chose him, but obviously he was hesitant to take such a huge mantle. So he probably gives the shield to John Walker willingly as he trusts Walker, who also seems to be a justified patriot. 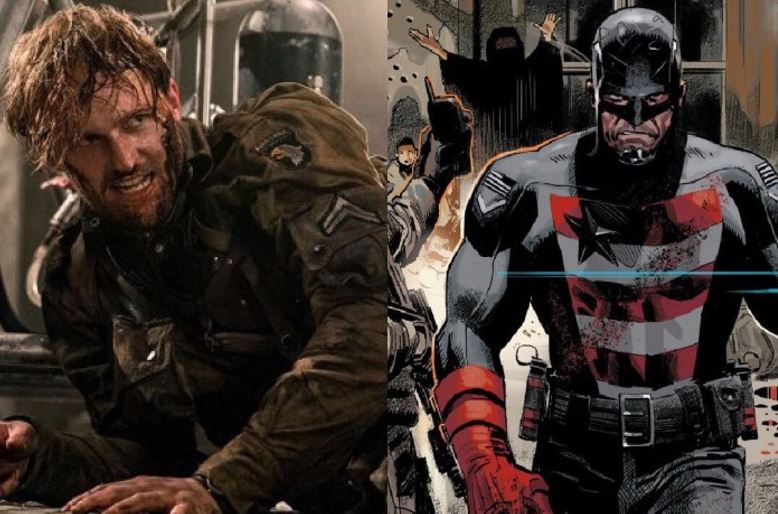 The one thing that isn’t clear is how he’d turn into a potential villain. If he wants to good in the start, then we expect that there will be something that will corrupt him as the series passes on. Perhaps it’ll be the power bestowed upon him by the government, which will corrupt him. Or it could be a darker conspiracy that would turn America’s new savior into America’s biggest threat. Baron Zemo has to have a hand in this. Whatever may the reason be, we now know for a fact that this new version of Captain America will be very strong, and can take down a dozen men all alone. Feige has promised the action to be top notch, and that’s what the aforementioned set video shows!