The Universe was saved by the Avengers. Everyone had their contributions in Avengers: Endgame. Ant-Man brought in the notion of time travel, Black Widow sacrificed herself, Captain America brought the Scepter & Pym Particles, he fought Thanos alone, Hulk snapped to bring everyone back, and Tony Stark made Time Travel possible & he made the ultimate sacrifice wiping Thanos from existence. But there was yet another unsung hero of the story, and that was the Rat who left Ant-Man free of the Quantum Realm. 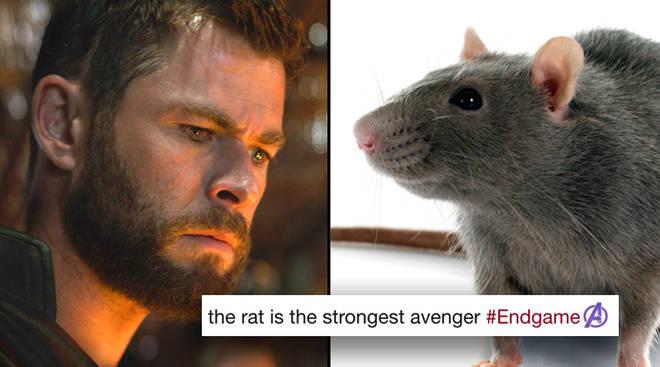 While some people kinda hated the fact that the fate of the universe was based on such a massive coincidence by the writers, the others thought that it was a completely genius move. Who would have seen it coming? Absolutely no one. But we’ve got a brand new theory stating that the positioning of that rat might not be a coincidence. What follows is a rather preposterous theory which states that this heroic rat that we saw in Endgame had appeared previously in the MCU. 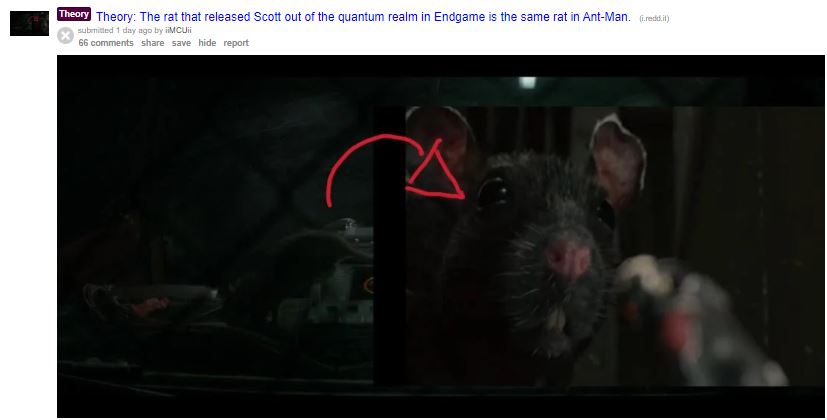 Logically, it cannot be the same rat because rats don’t have a life span this long. Brown Rats live for 2 years max and black rats only survive for 1. Ant-Man came out in 2015 and Avengers: Endgame takes place in 2023. So, a real rat couldn’t have survived for this long. Perhaps it could be an offspring of the same rat, who knows! 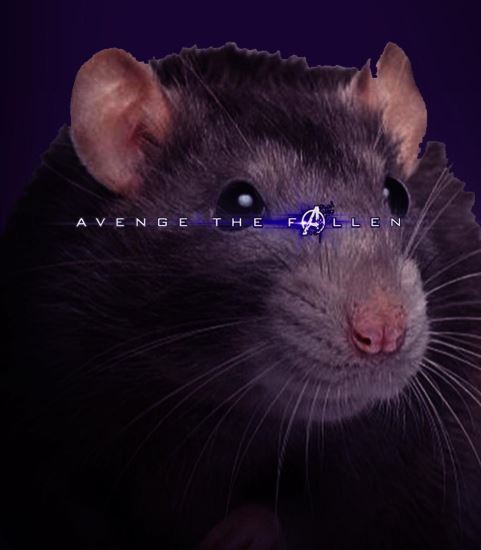 But it is the MCU we’re talking about. This is a sci-fi fantasy universe where Raccoons talk. Surely a Rat could have survived for 8 years. What if the Rat was enhanced somehow? He could have been placed on the path of Ant-Man back in the first film and remained behind the scenes after the first time it saw the insect hero. Then when it was needed in 2023, it emerged out of the gutter to release Ant-Man from the Quantum Realm. All this could be explored on a Disney+ show featuring the one and only Rat and his journey throughout the MCU. Perhaps a What If…? episode could show us that.

Anyhow, one major factor that we find quite fascinating is that the whole Rat thing wasn’t CGI. It was a very real and very trained rat that gave the shot. Marvel’s visual effects producer Jen Underdahl spoke to WIRED, and here’s what he had to say about the Rat: 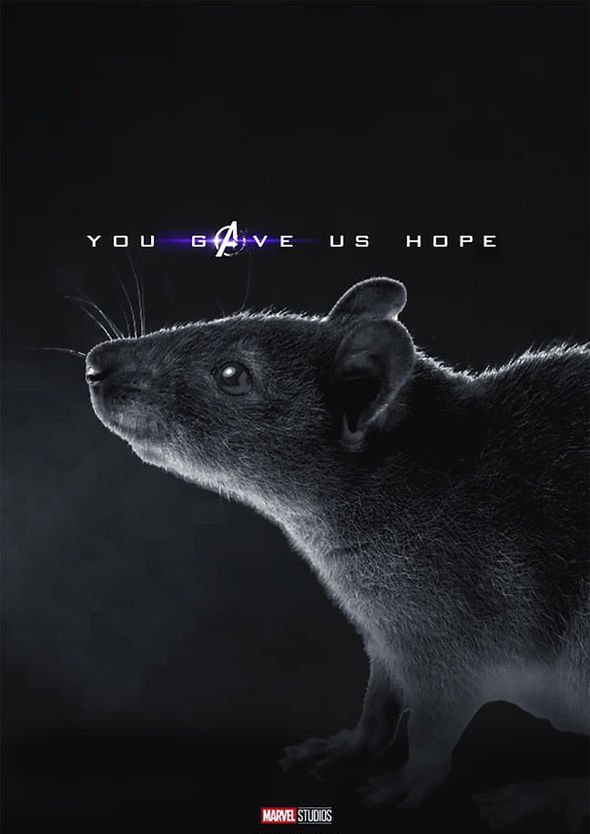 Co-Director Joe Russo and Christopher Markus and Stephen McFeely claimed that it was because of this Rat that we got an epic conclusion to the Infinity Saga. They said: 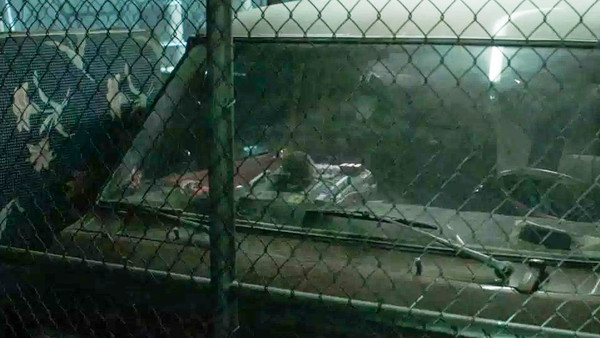 They continued to state that this actually was the 1 in 14 Million fluke that Avengers needed to save the day. In all other 14 Million 604 alternative futures, the rat probably didn’t save Ant-Man. The creative trio continued: 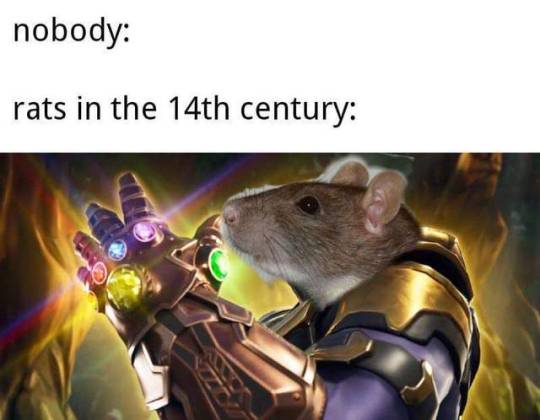 Was the whole rat situation just a coincidence or was it a part of a grand elaborate scheme? What do you think? 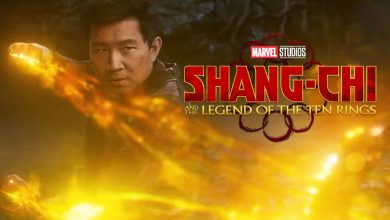 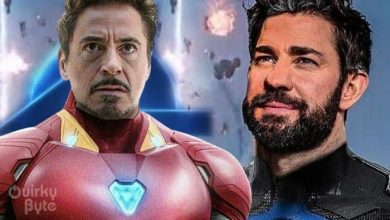 Here’s How Tony Stark Is Smarter Than Reed Richards 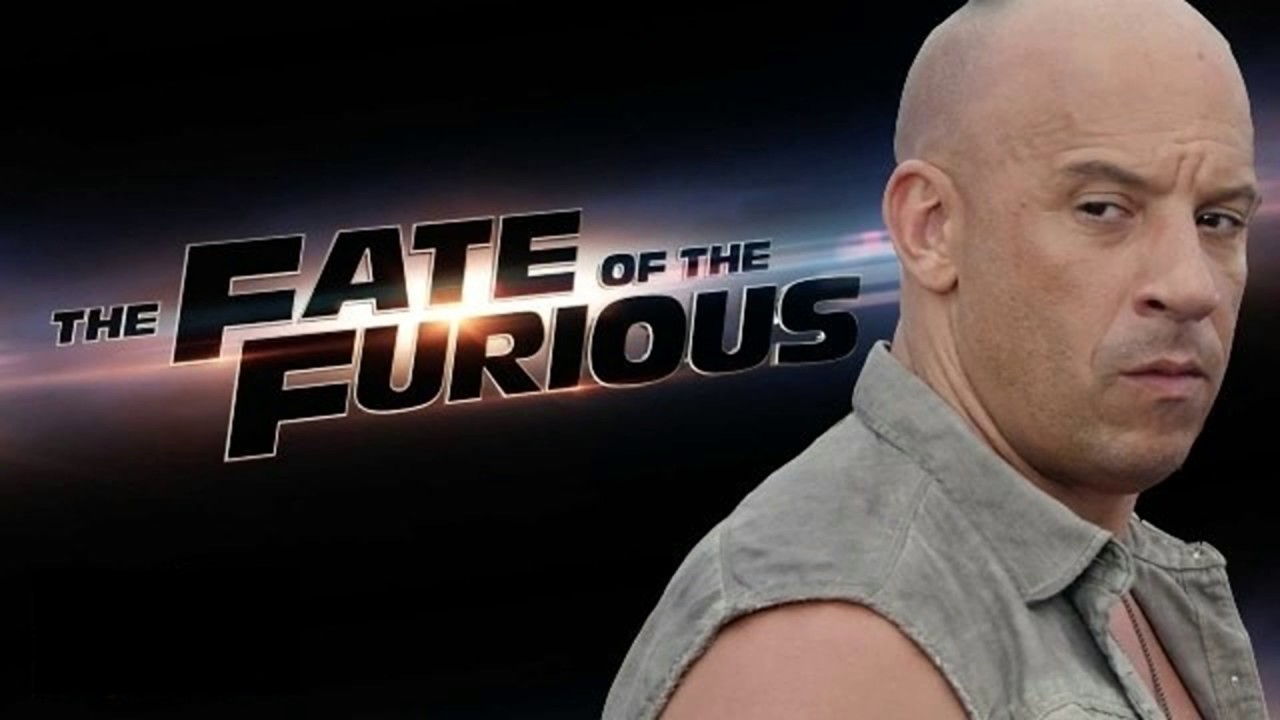 ‘The Fate of The Furious’ Poster Revealed, It’ll Will Blow Your Mind