Guardians of the Galaxy Vol. 3:

The Guardians of the Galaxy are a very formidable team to beat at their best. They are no Avengers, but they can hold their own against any major opponent. But with Quill having lost his Celestial power, and Gamora not being in the team any more, the team did become quite weak if you think about it. But now to even things out, Thor has been added to the bunch.

No this wasn’t the answer you were seeking for. The article doesn’t end here. We really enjoyed Chris Hemsworth’s Thor joining the Guardians of the Galaxy for a while and the end of Avengers Endgame has got him to tag along with the team from here on out. While seeing him with the team would be some real fun, and even Hemsworth recently claimed that he’d love to be a part of this new group, we can only imagine that there must be a reason for him to be in this team plotwise. 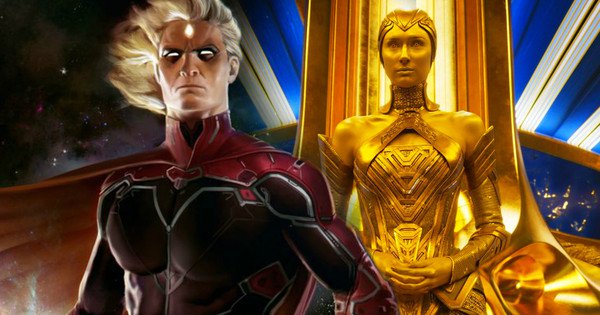 I’m here to say that the reason we’re looking for is Adam Warlock. The Golden Butterfly that Ayesha has spawned has to come into play some time in the future of Guardians of the Galaxy. The Mid Credits scene of Vol. 2 was meant to pit Warlock against the Guardians before he becomes a hero in the future. Now if he is really going to take on the team, then they would certainly need someone strong enough to take him on. 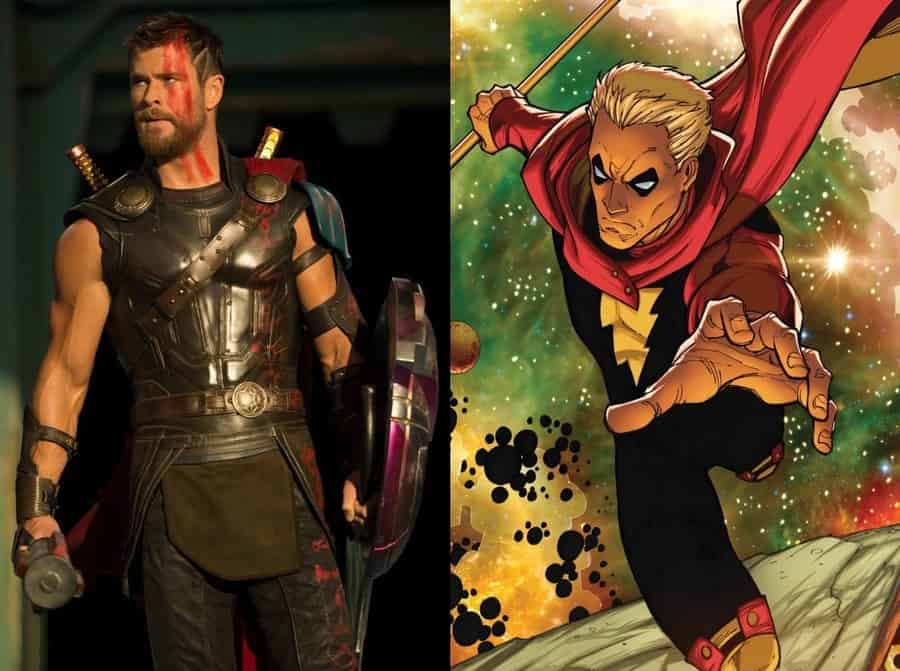 The power core of the Guradians is clearly depleted and the God of Thunder becomes a major power house for someone like an Adam Warlock. Everyone would admit that Thor V Warlock would certainly be a great match up to witness on the big screen. Not just him, but with Thor at their side and the skills of the other Guardians, the team really becomes a formidable one to beat. 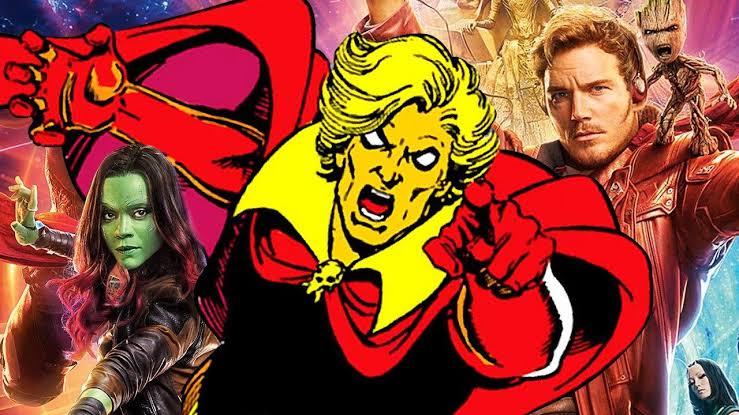 So that brings us to the question of when could we have Warlock make his real debut in the MCU. The answer is actually two fold. At one end we’ve got the Warlock set up from Vol. 2 and at the other we’ve got a statement from the past coming from James Gunn himself indicating that Adam Warlock may not even be in Vol. 3. A tweet from MCU leaker Roger Wardell also supports what Gunn said last year.

Rocket’s creator was being teased for the third film and it looks like he will be the main villain of Vol. 3. Mark Hamill was in talks with James Gunn before he was fired, so perhaps he could actually be the one playing High Evolutionary. Moreover, Drax is finally getting something important to do other than making quips, a bit of time will also be spent upon him. Rocket’s creator, backstory and love interest Lylla will also require some screen time. 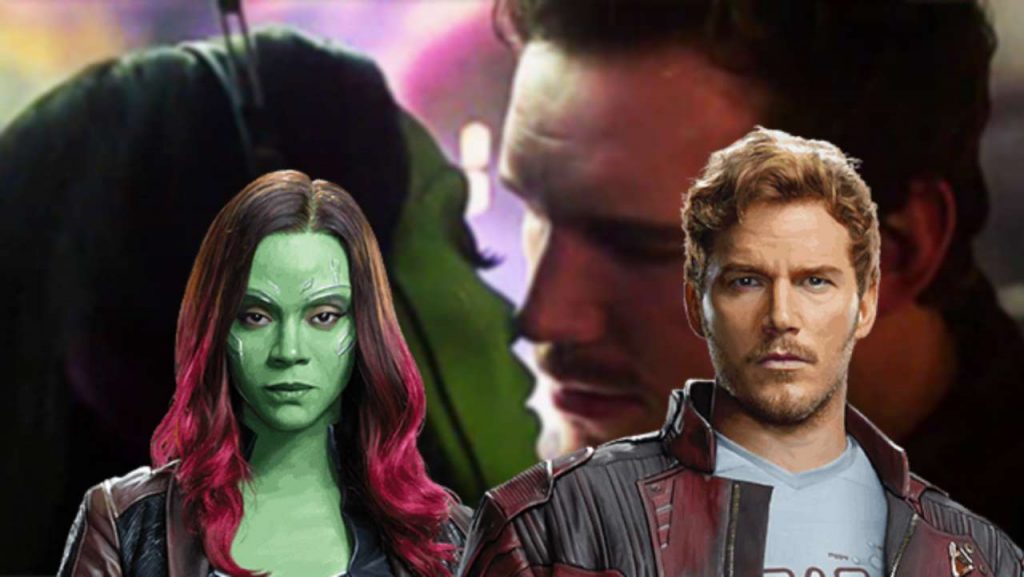 Most importantly, Quill and Nebula will become stronger friends while they search for Gamora throughout the Galaxy. Endgame did set that plot point and we cannot have a Guardians movie without Gamora. So that brings us back to answering the question of Thor and Warlock.

If all the above turns out to be true then Vol. 3 would already be way too stuffed to add Warlock into the story. James Gunn could certainly find some time to give us Warlock in this film itself but he also likes to take his time establishing the characters. So a rushed Warlock entry might not be such a great idea so he could just come in to take on Thor.

All this points to the fact that there could easily be a Guardians of the Galaxy Vol. 4 with Thor, Adam Warlock and perhaps the Ravagers’ team led by Sylvester Stallone’s Starhawk. But since there’s also a potential Thor 4 that could also be in play, Thor may have a formidable opponent in Vol. 3 which is not Adam Warlock.

Let’s see what really happens at the end of Vol. 3. Does James Gunn take to set up Thor 4, or will he keep Thor around for a potential Guardians of the Galaxy Vol 4? Whatever the answer to this question may be, we can certainly be happy with the fact that James Gunn is back to direct the film. His firing set ablaze the entire internet and Disney finally accepting their wrong and rushed move was just great to see.

Here’s the statement that he gave when he was rehired:

Guardians of the Galaxy Vol. 3 will most likely be hitting the theatres in May 2022. Reports have claimed that the film could start beginning production as soon as 2020. If not, then 2021 would be the ideal year as Jamea Gunn is also occupied with The Suicide Squad. 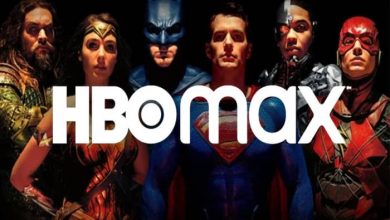 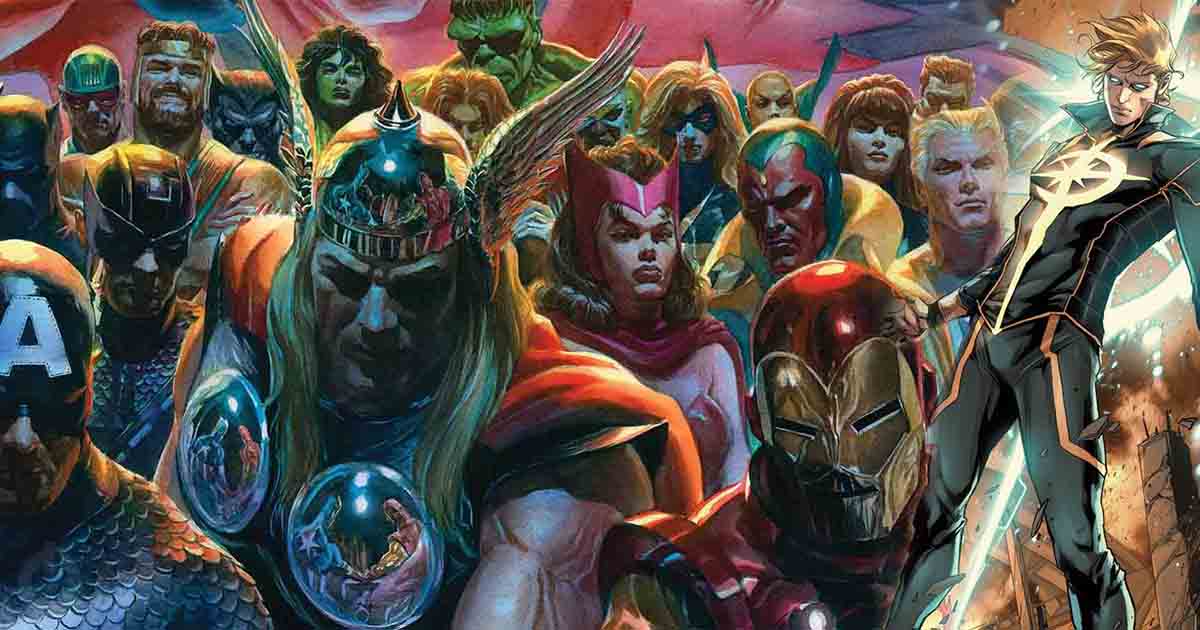 First-Ever Marvel Comic Auctioned For $1.26 Million Leaves Us All Scratching Our Heads