The Netflix era of Marvel TV Shows began with the critically acclaimed Daredevil Season 1. It has only blossomed into a diverse and huge universe within the Marvel Cinematic Universe. A lot of thought has gone through to make the characters believable and likeable. While the heroes are certainly at the top of their game in the Netflix shows, the Villains of the shows are no flop shows either. Some of them could even make the Avengers tremble! Presenting – 13 of Marvel’s Most Dangerous Netflix Super Villains – Ranked!! 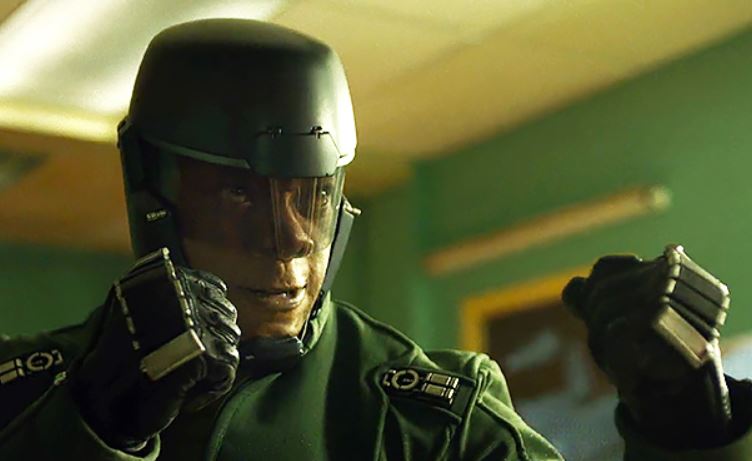 He has the air of mystery surrounding him. He has a past shrouded in mystery. It is later revealed in the latter stages of Luke Cage Season one that Diamondback is actually Luke Cage’s half-brother. After Cottonmouth passes away, it is Diamondback’s job to keep Luke cage on the edges. And he kind of fails at it several times. Sure he manages to injure the seemingly invincible Luke Cage but all he is seen at the end of the season is a caricature who wears a super suit to fight Luke Cage. He becomes a joke at the end of the series. 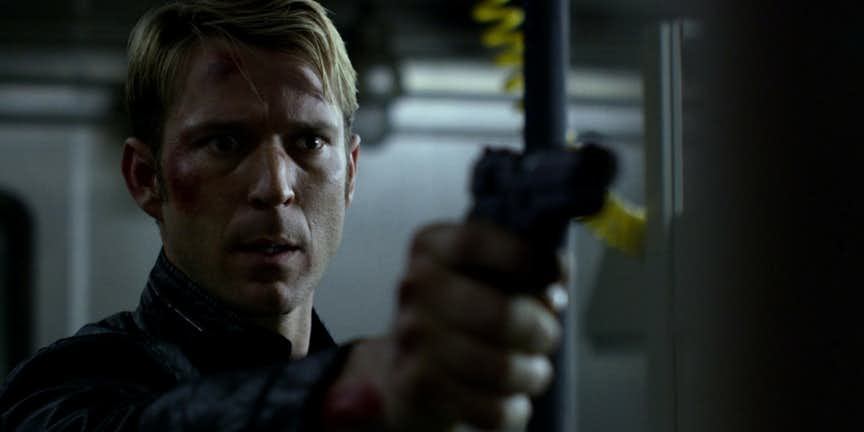 Will Simpson’s role in Jessica Jones was simply so enigmatic that everyone was fooled with the way Will Travis played the character like an ordinary policeman. Right when Season one of Jessica Jones was nearing its end, Will reveals himself to be the Netflix version of Nuke. In the comics, Nuke was a product of earlier American attempts to use the Weapon X program to recreate a Super Soldier like Captain America. The show gave Will the power of super speed, strength or stamina based on whether he took a red, blue or white pill. But the TV version of Nuke is just a mere shadow compared to its comic book counterpart. 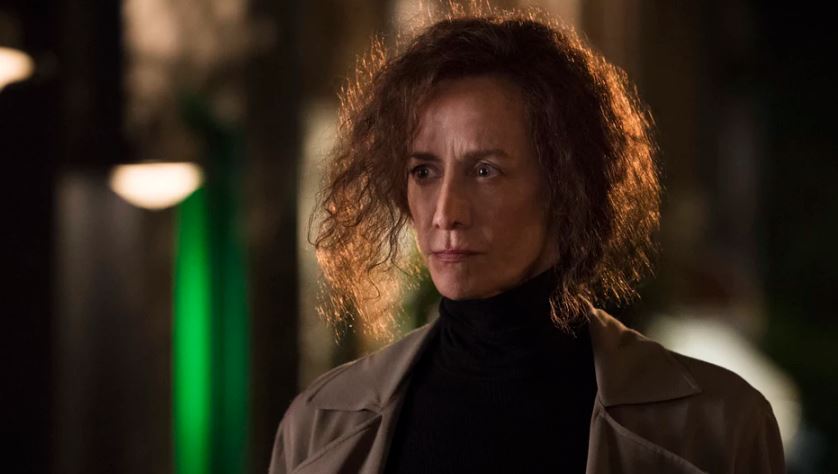 The Second Season of Jessica Jones reveals the mother of the lady superhero/ investigator. Alisa Jones shares powers similar to Jessica’s but they are much greater in magnitude. The second season of the show tried to portray her as a true nemesis of Jessica but the series clearly lacked the villainous depth of Malcolm Kilgrave, the villain the defines how a TV comic book villain should be. Alisa tried hard to fill those shoes but at the end, all she managed to accomplish was playing the role of a raging and uncontrollable beast of a woman. 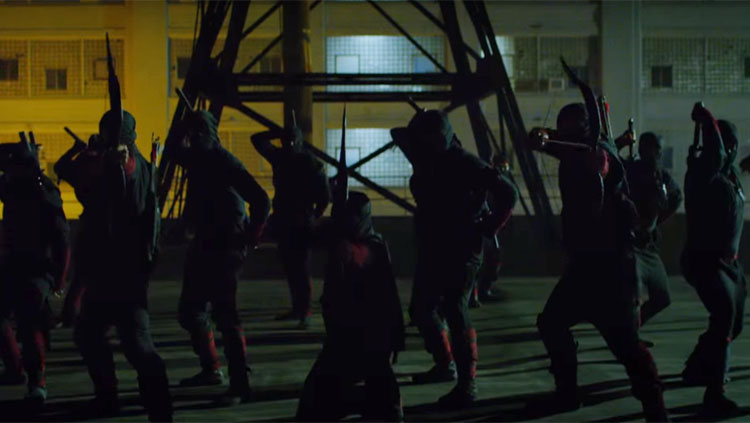 The Hand could have fared much higher on the list if Netflix did not use them as second rate villains who are only good at having most of their leaders killed or have their asses kicked. The Hand is an international terrorist organization in Marvel that is in more ways than one, even stronger than Hydra. The Hand’s presence in the PCU TV universe was redundant at best. They lacked that element of danger like their comic book counterpart. They did manage to do was bring the Defenders together, so they aren’t that useless after all. 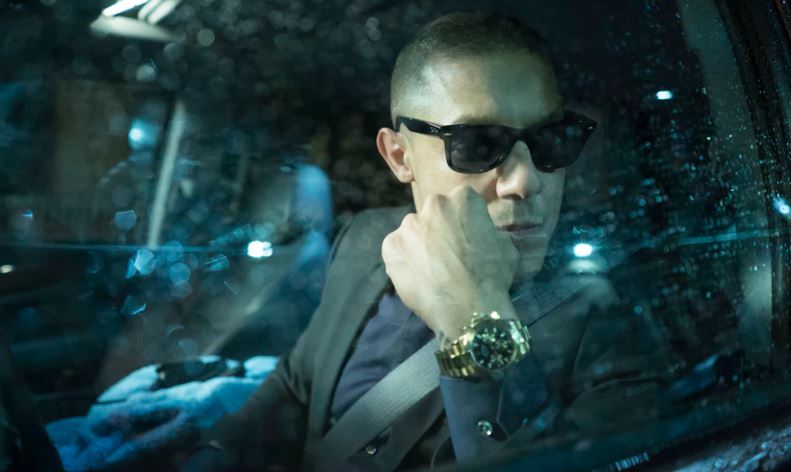 Shades is Diamondback’s representative in Luke Cage Season one. His job was to directly report back to Diamondback if Cottonmouth screws up too much while dealing with Luke Cage. But the origins of the character were still mysterious until Season two came along. He was not just Luke Cage’s prison pal. His character back story took a turn for the dark when he turned against Mariah Stokes and became the guy he is today. He is Harlem’s silent reaper. But he has much too less pull to make a difference. 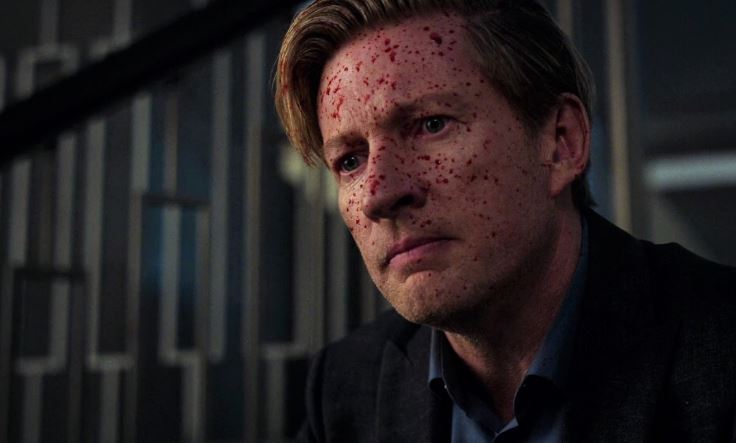 Now why is the villain of the world’s crappiest superhero TV Show aka Iron Fist Season one doing here? This list is not about crappy TV Shows but good supervillains, mind you. And Harold was good. Right till the very end of the show, Harold had everyone believe that he was a good guy going through a really bad phase. It was only later revealed that Harold was just fooling everyone and he had been repeatedly resurrected at the hands of The Hand. He was a man without a soul, literally, and his power of deception is truly a gift. 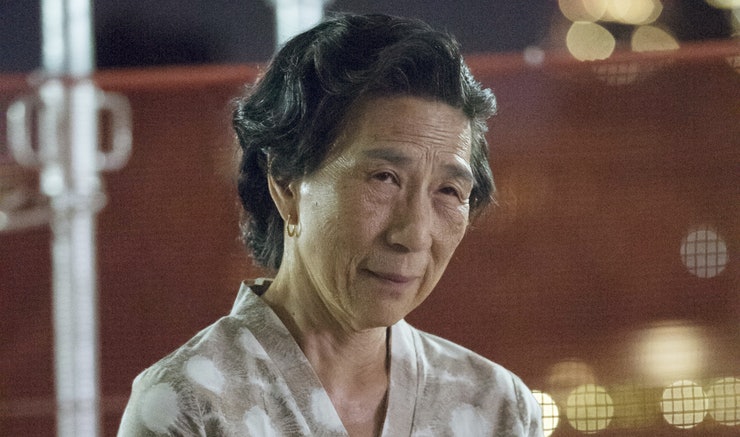 Sure she was a member of The Hand and one of its ‘fingers’ so to speak. But in The Defenders and Iron Fist season one, Gao reveals herself to have been packing several secrets up her sleeve. For one, her age does not at all coincide with the amount of strength her punch packed in it. Gao was a force to be reckoned with. She gave Wilson Fisk advice and was the only member of the Hand who had earned Fisk’s true respect. She was also several times cleverer than Alexandra, the leader of the Hand but never fully showed her true colors on screen. 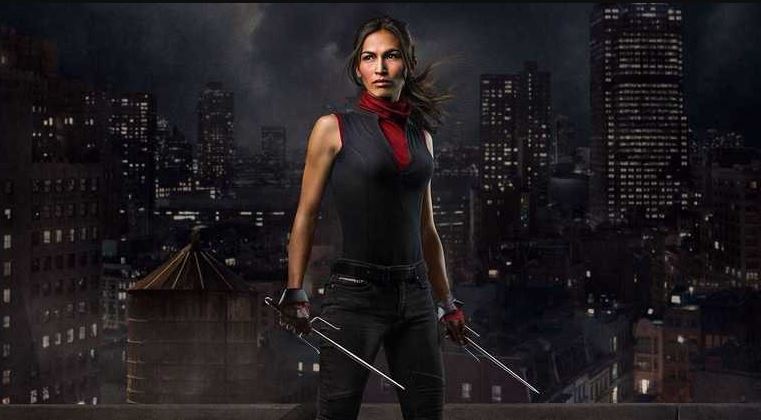 She was never really a good person. Neither was she bad. Elektra was what you would define as a true grey character. She had all the right reasons to be. Her master betrayed her. She was an Orphan most of her life and the love of her life could not save her from death. When she was brought back from the after-life as a human terminator, all she did was kill, kill and kill. When she died a pitiful death at the end of Defenders, we truly hoped she found her peace. 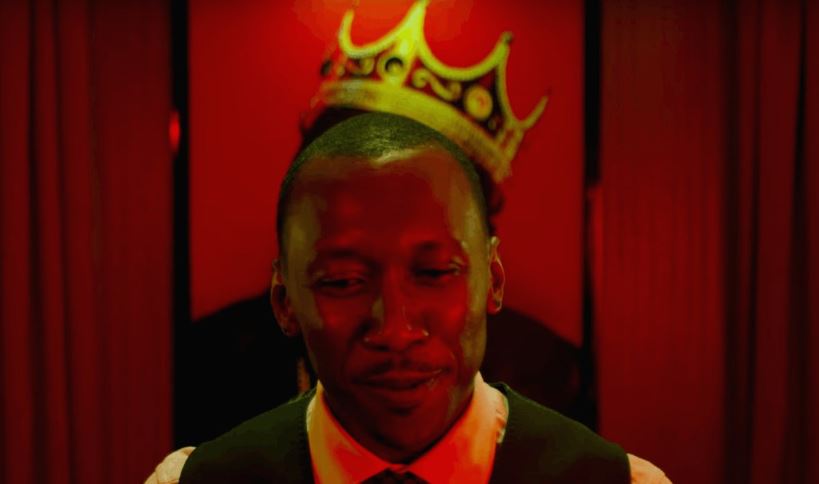 In many ways, Cornell Stones was a villain that could give some MCU villains a run for their money. He had class, power, and style. He strode like a king in the world’s deadliest neighborhood. The people under him respected him out of fear as well as sheer loyalty. His untimely death made the show take several steps back since Diamondback could never be even half the villain Cottonmouth was. And it showed on screen. 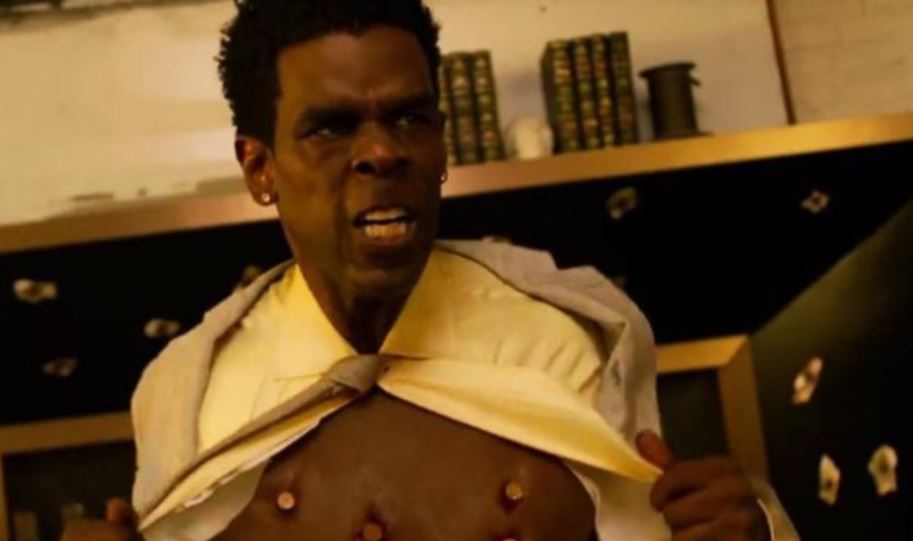 Bushmaster is probably one of the most complex villains to ever grace Netflix. He had the balls to go toe to toe against Luke Cage and live to tell the tale. But he had no ambition of power or fame that drove him to Harlem. All he wanted was to exact revenge on the one person that managed to get on his bad side – Mariah Stokes. He was more than a match for Luke but at the end of the second season, he decided to leave America for good. 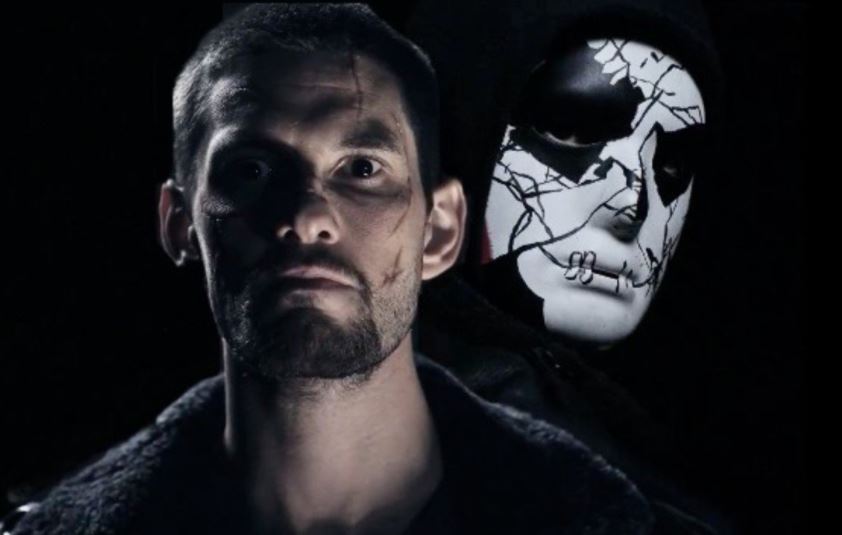 Everyone knew Billy Russo is a rotten apple when he was first introduced in The Punisher Season one. The fans waited for the guy to show his true colors and he did it splendidly and with panache. Frank Castle beat the living daylights out of him and turned his face into a roman candle. In the second season of the show, it is revealed how much more dangerous a deranged and psychopathic Billy Russo is. 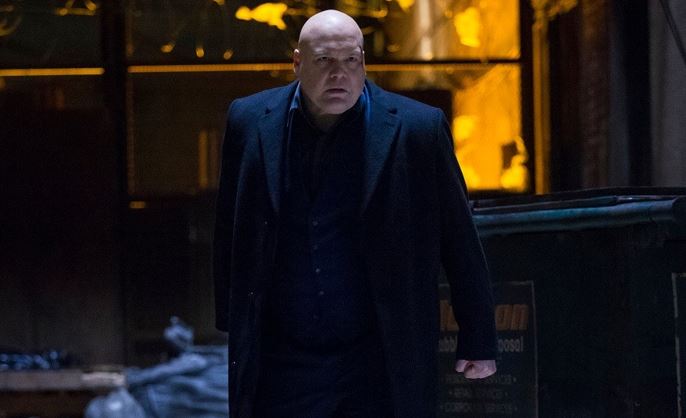 A villain, a true villain, does care about the lives that are being affected by his actions. Wilson Fisk, in his own strange way, considered himself the hero of his city. He truly believed that whatever he was doing was for the city’s own good and whoever stands in his path will face righteous justice. 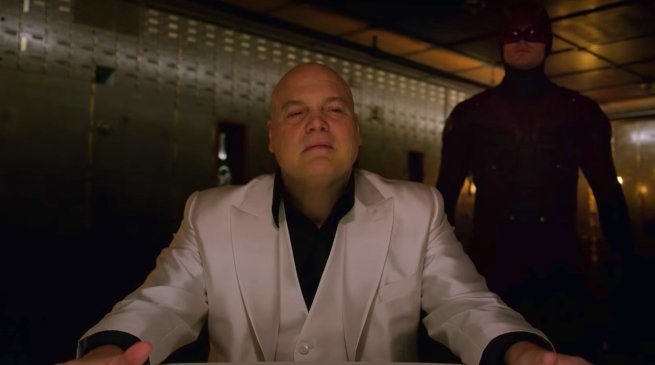 After he embraced his villainy, he became even more dangerous. Now he believed that he can achieve the right things using the wrong way and no one can stop him. Daredevil’s life would have been much easier if Wilson Fisk would have stayed down but the guy keeps popping back up and we cannot stop for root for him in certain occasions. 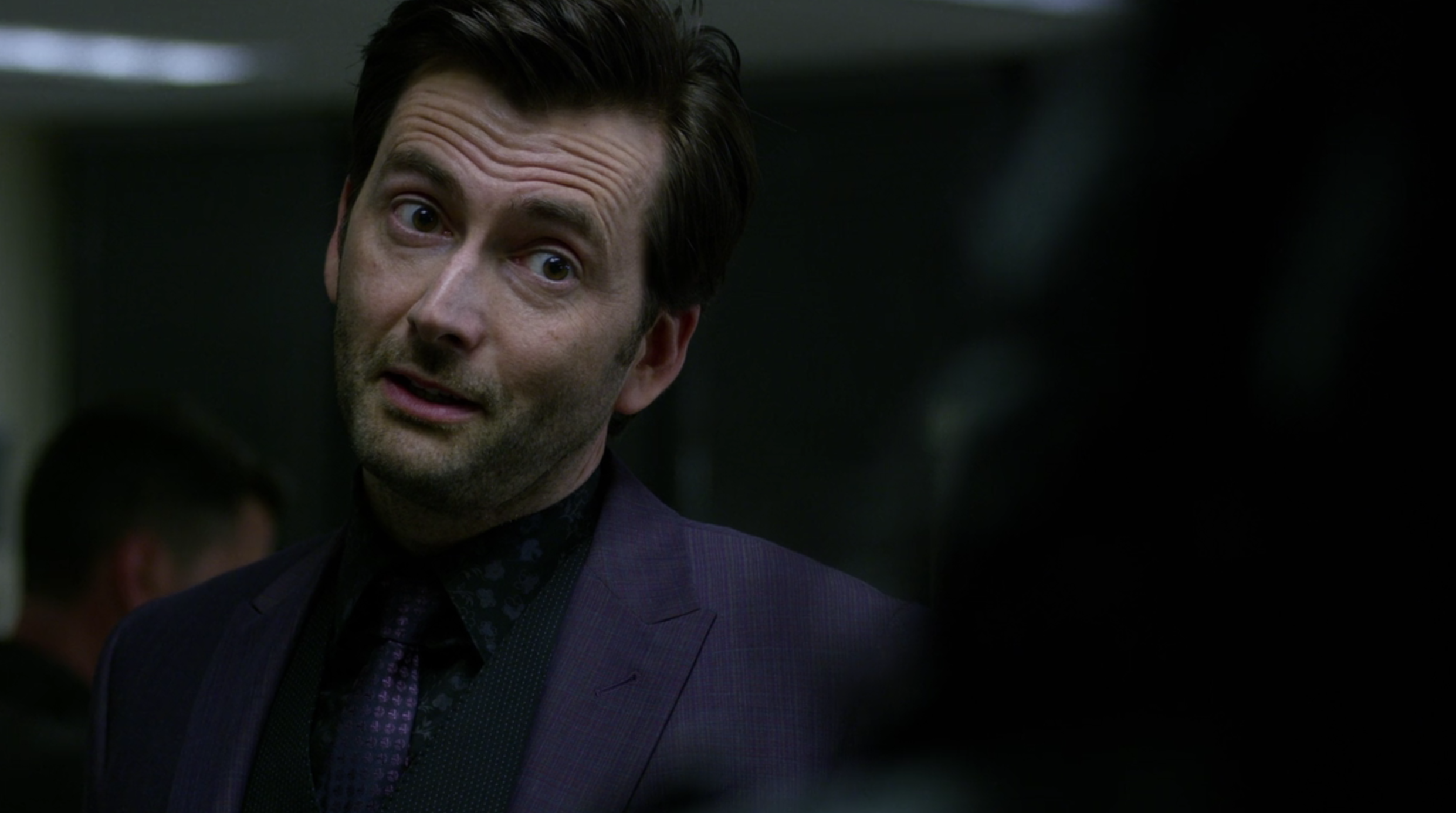 What happens when you give the world’s most sadistic psychopath the power to control people? In one episode, Malcolm’s true sadism comes to light when he claims that he had used his powers to control people by making a guy literally f*ck himself. Malcolm is not one of your regular TV Show Villain.

He has so many layers that it will take years to peel out his true self.  His weird perception of reality and his twisted sense of love for Jessica Jones is what makes Kilgrave the most dangerous villain on this list when you couple in the fact that he can make his enemies dance to his tunes just by speaking.