The MCU is home to a plethora of diverse superheroes. Some are from space while others are from Earth. Some can fly while others can spew massive amounts of energy from their hands. The various Marvel characters from the vast Marvel Cinematic Universe, the world’s most profitable franchise in movie making history. But the MCU as you know it is not how it was originally supposed to be. There were many changes that were made to the movies that are in stark difference to the way the comic books portrayed those elements. So many changes have been introduced to our favourite superheroes of Marvel in the theatres that we had to make a list about it. But does it mean that the changes are a bad thing? Sometimes they are but most of the times, change is a good thing right? Of course, it is. Presenting – 10 Huge ways the MCU was made different from comic books and we still loved it!!! 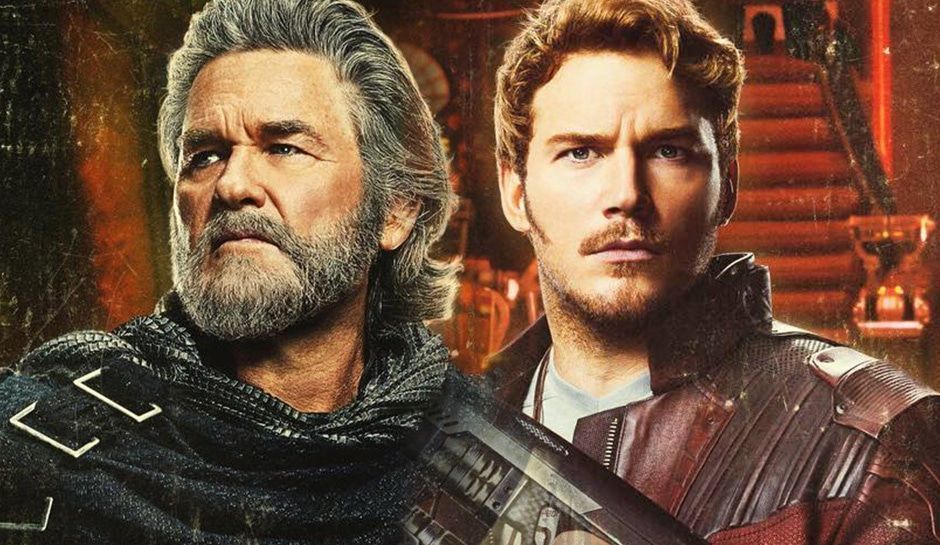 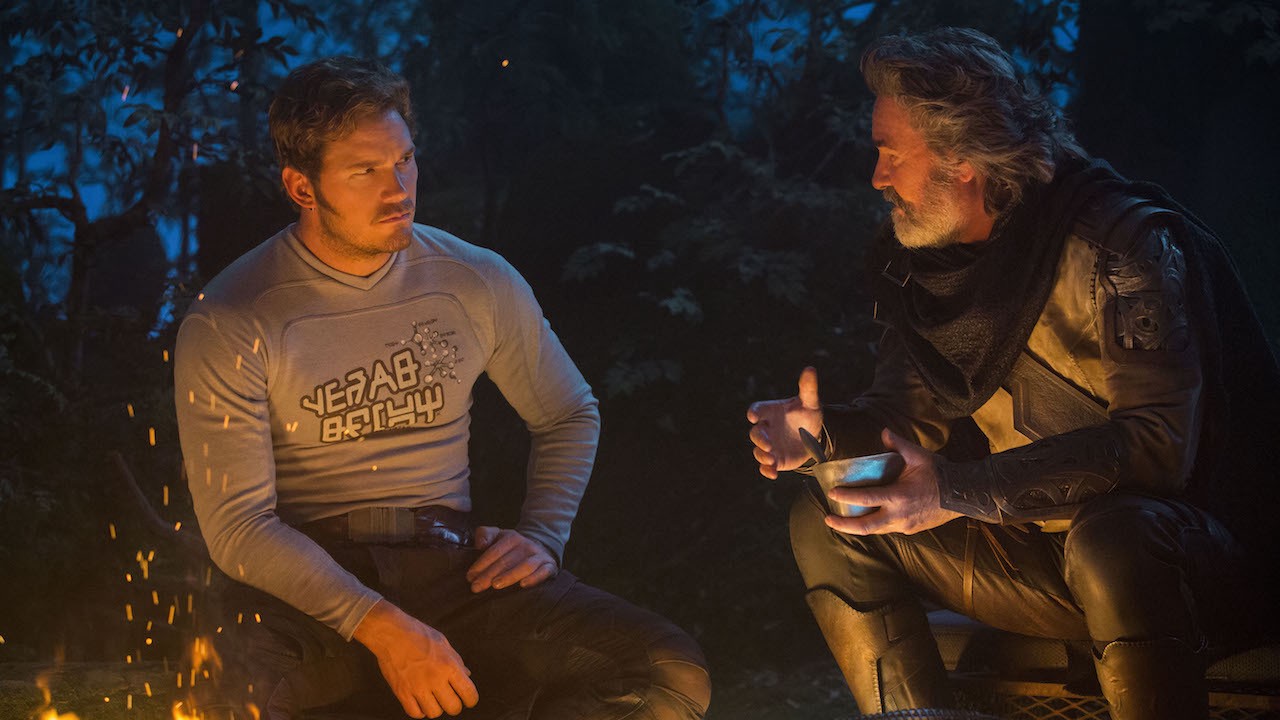 In the comic books, his father is an evil dictator of a huge interstellar empire and is constantly at odds with his own son. Surely at the end of the movie, Star-Lord and his father are also enemies but the enmity was Star Lord’s choice, not fate’s to make. It also provided a nice little ring to Star Lard’s back story. He is no longer just an inter-galactic outlaw. He is the guy who gave u Godhood to be with his friends and save the world. 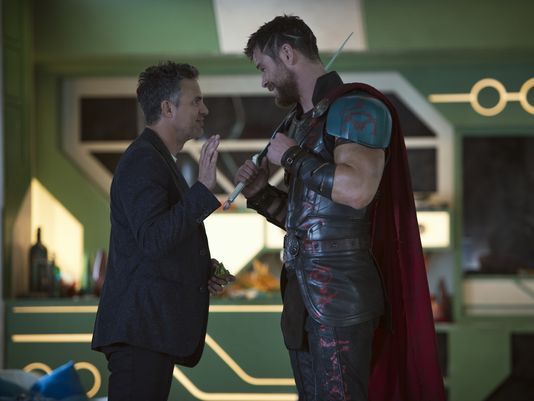 Thor is generally associated as a character with grave seriousness on his face and tone. The God of Thunder never liked to crack a joke in the comic books. It was all business for him. In the Marvel Cinematic Universe, that was almost the case for Chris Hemsworth’s Thor as well. That was until Thor: Ragnarok hit the theatres. We were introduced to a Thor that cracked jokes, used witty one-liners and even broke the fourth wall once. That was a welcome change for the fans and the audience absolutely loved it. Chris Hemsworth is a natural when it comes to comedy and a funnier take on Thor helped him bloom as an actor as well.

Erik Killmomnger was perhaps the best villain MCU has had to offer in a long time, apart from Loki and Thanos. Considering the fact that the MCU already has 22 movies under its belt each with its own separate villain, it is saying something. Erik Killmonger, unlike Loki and Thanos, does not possess any powers. What fans did like about him though was his true purpose of taking over Wakanda.

All he ever wanted was a world which was built on equality and he was ready to enforce it on the world using Wakanda’s military technology. He was a fighter at heart and a philosopher by the soul. In the comics, Killmonger’s origin story takes a different turn. He was kidnapped by Klaw as a child and trained in the bureaucratic arts, not mercenary arts. Killmonger was tweaked for the movie and the fans had to say aye after what Marvel offered them.

4. The Founding Members of the Avengers

In the comics, the original founding members of the world’s mightiest superhero team were – Iron Man, the Wasp, Ant-Man, Hulk, and Thor. In the movies, the roster was changed and the new founding members were Captain America, Black Widow, Hawkeye, the Hulk, Iron Man, and Thor. The former team was more comic-book accurate to portray but they lacked that X-factor that the original roster had. To be honest, I would not like an Avengers team which did not have Captain America in it and instead had a guy who can shrink himself to microscopic sizes to fight bad guys.

You had to absolutely love Michael Keaton’s take on the Vulture. In Spiderman: Homecoming, Keaton plays the character with absolute swag. The comics portrayed the Vulture as an old guy in a very embarrassing vulture themed costume that stopped him from aging and allowed him to fly. The movie showed that the Vulture is actually connected to the Avengers and Tony Stark and is a rather grey character. The fact that he now knows Peter Parker’s identity as Spiderman and is still a big and close part of his life raises the stakes all the more! 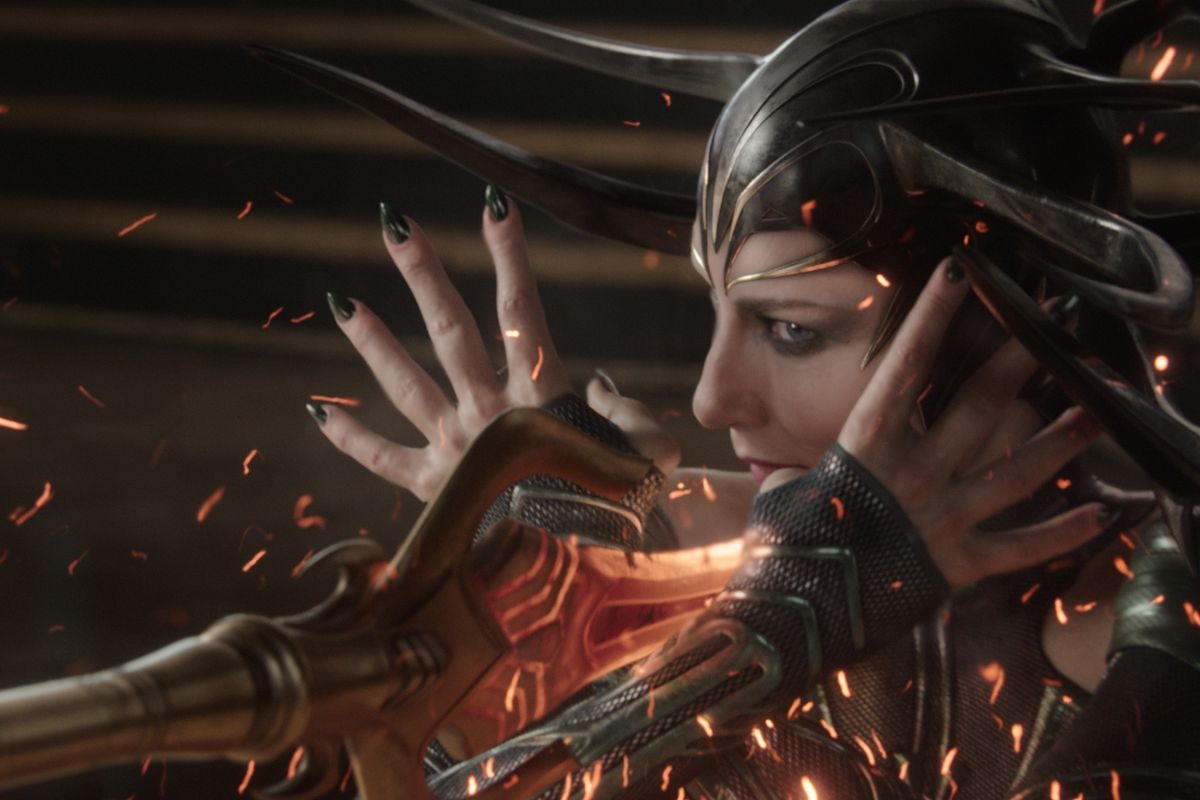 In the comic books, Hela has had multiple origin story arcs. In one instance, she was claimed to be the daughter of Loki. In another issue, it was revealed that Hela was just a magical construct that Loki created to aid him in his evil ways. The movies completely changed that. She was now the long-forgotten firstborn of Odin who was banished from Asgard. Her return marked a shining of light on Odin’s dark past as a conqueror of worlds and made the fight between Thor, Loki and Hela a lot more personal.

7. Star-Lord is an Outlaw

The most fan favourite character of any movie is the one who likes to be a rebel. The one who does not stay with the flow and decides to make his own way is something the entire audience relates to. Star-Lord is an Outlaw and is a very lovable and famous character. He likes to bend the rules and break laws if that is what it takes to do his bidding. In the comics, he is more of a space cop than an outlaw. Believe it or not, in Marvel Comics Star-Lord is tasked with protecting the law, not breaking it.

What everyone hates to see on screen is a hopeless romantic doing stupid things to impress his crush. What we would hate even more is when others are hurt in the process. In the comic books,. Thanos decided to wipe out half of all life in the universe because he was trying to impress his crush, Lady Death, who kept rejecting his advances. Thank goodness that was not why he did what he did in Infinity War. Thanos wanted the universe not to suffer what he saw first-hand happened to his own planet. That is a motivation even some of us would agree with.

9. Tony’s Alcoholism is thrown out of the window 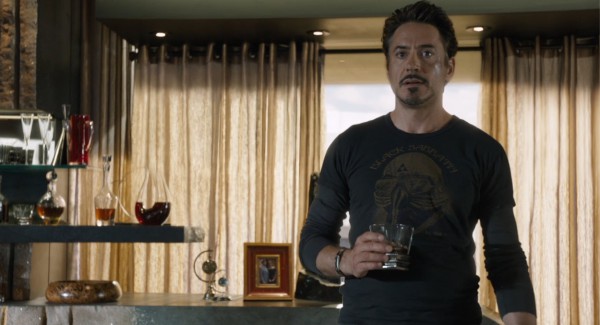 Marvel Comics portray Tony as a genius playboy. There is no doubt about that. The movies do so too. But there is one aspect of his character that the comics show but the movies do not. Tony is an extreme alcoholic. It was once responsible for Tony losing his company and appointing Rhodey to be Iron Man instead of him in one storyline. That aspect could not be explored in detail in the movies because of so many things the theatrical version has to juggle. Tony is the heart of the party. Don’t make him an alcoholic and turn him into the party pooper.

Anyone who complains about the MCU’s Nick Fry seriously needs to just get a life. Samuel L Jackson was born for the role. Every time he enters the screen, the audience is pushed back to the edges of their seat. That is the amount of clout the guy holds as the focal point of all the connecting dots within the MCU movies. In the comics, Nick Fury is actually a white male but the Marvel Movies portray him as a version inspired from marvels’ Ultimates Universe. We got no complaints. You go my man!!! 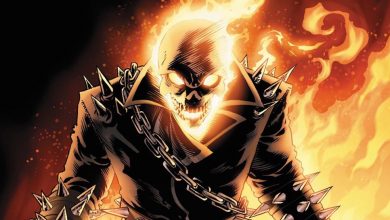 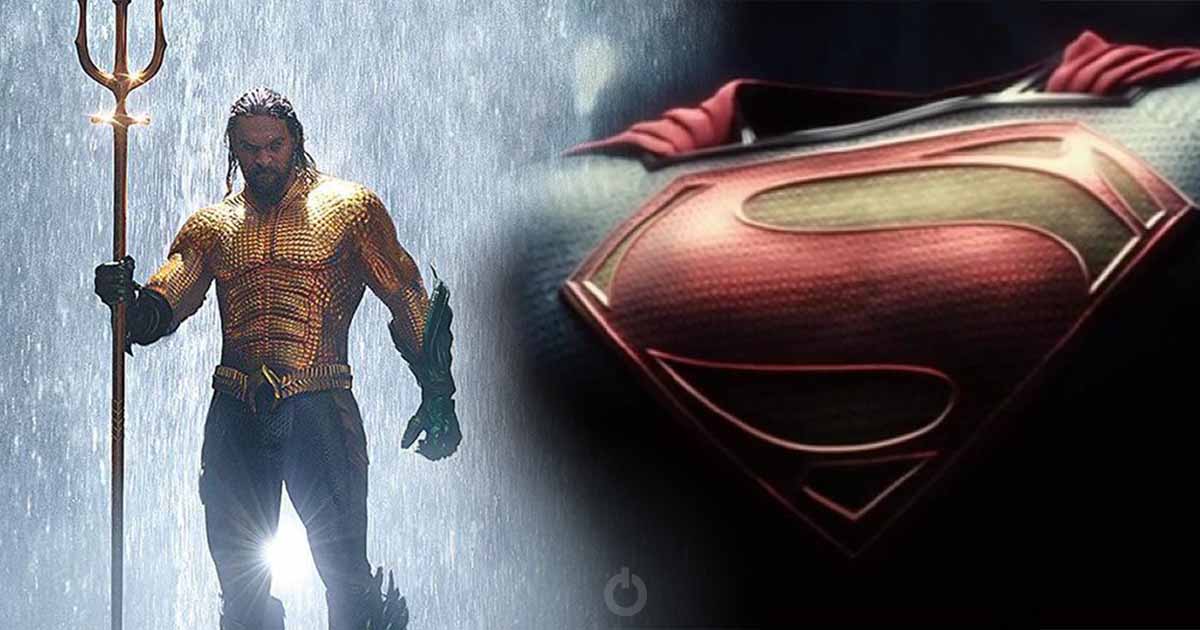 Did You Notice This Incredible Man of Steel Reference in Aquaman? 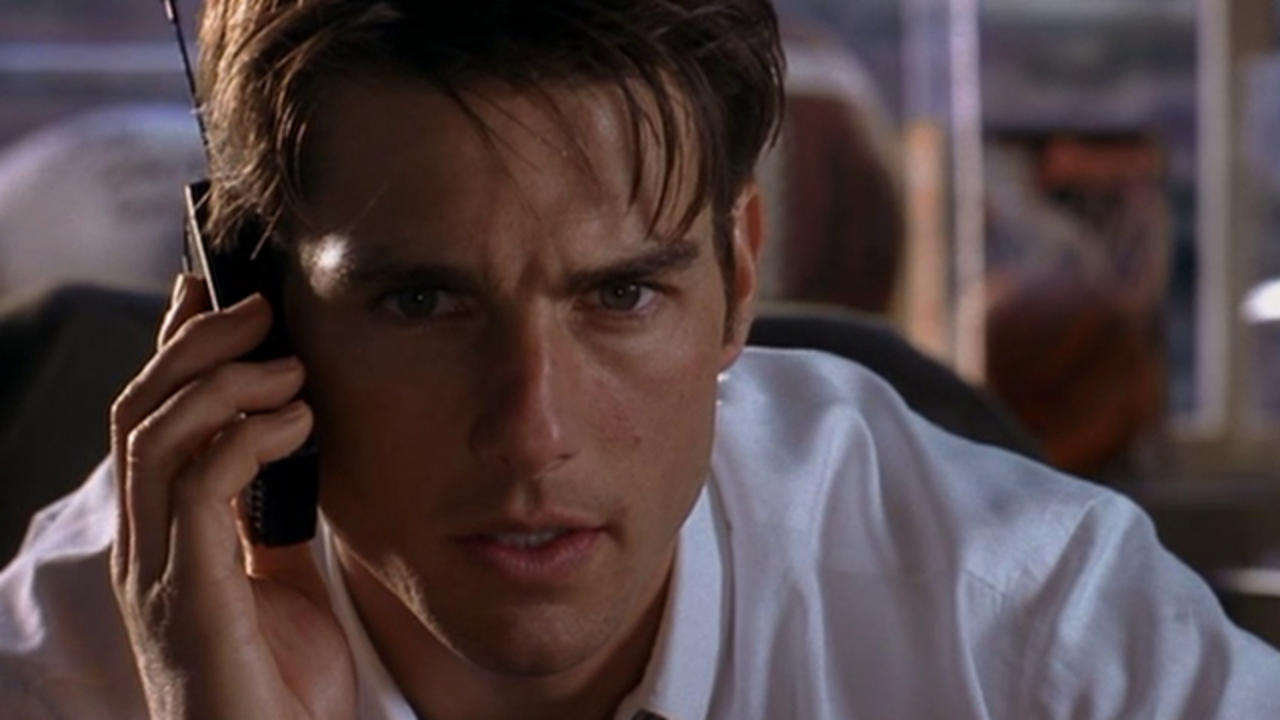