Looks like Marvel is going to be the secret Santa for us all this year. After releasing Avengers: Endgame teaser that took the internet by storm, Marvel is all set to release never before seen official images of the same movie for everyone to gawk at. And they are coming way, way sooner than you could ever imagine. All thanks to Marvel Studios; Christmas will be a really wonderful event this time. The images will also include details that could give us more information regarding the actual plotline of Avengers: Endgame and where do the heroes venture to after the events of Infinity War. Presenting – Marvel’s releasing official Avengers: Endgame images much sooner than you can imagine!!!

But the actual credit for this goes to Empire Magazine. They are the ones who will publish images of Endgame in their upcoming issue. The magazine will not only have on-screen stills form Avengers: Endgame but also other anticipated movies like Two, Glass, Captain Marvel, Godzilla: King of Monsters and DC’s Joker movie. The magazine will also include images from Men in Black International – the official reboot of the popular MIB movie franchise starring Chris Hemsworth and Tessa Thompson from Thor: Ragnarok fame in the lead roles.

The upcoming Empire magazine will also have a one of a kind article regarding an interview with the Russo Brothers, Directors of Infinity War and the upcoming Endgame, which will also undoubtedly reveal details of the actual storyline of the movie. It was in this interview that the Russo brothers confirmed Avengers: Endgame’s more than 3-hour long run time.

Something even juicier might be in store when the magazine hits the stores on December 27, which will be Empire’s February issue according to the publication’s official website.

Avengers: Endgame will be released on the 26h of April 2019. The movie will be a continuation of Avengers: Infinity War and will tell us the storyline of what actually happens right after the infamous Thanos Snap. The trailer for the Endgame movie shows the superheroes of the Marvel Universe, or at least what is left of them anyways, currently in shambles and filled with grief and regret not being able to stop the Mad Titan’s rampage.

Here is Infinity War’s official position in the Marvel continuity according to the MCU Overlords:

A culmination of 22 interconnected films the fourth installment of the Avengers saga will draw audiences to witness the turning point of this epic journey. Our beloved heroes will truly understand how fragile this reality is and the sacrifices that must be made to uphold it.

The last Marvel movie to be released was Ant-Man and the Wasp. The movie stars Paul Rudd as Scott Lang aka Ant-Man, Evangeline Lily as the Wasp and Michael Douglas as Hank Pym. The official film synopsis for the movie reads:

What more information than what is already available to us could the Empire Magazine’s February issue reveal? The official date for the issue to hit the retail and digital stores is on December 27. Can they actually make it worth the hype? This better be good for they sure did create quite a ruckus to rile up the fans. We hope they do not disappoint. 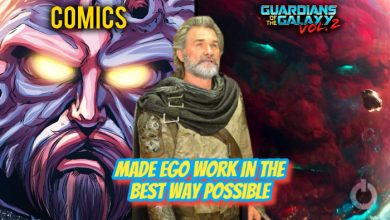 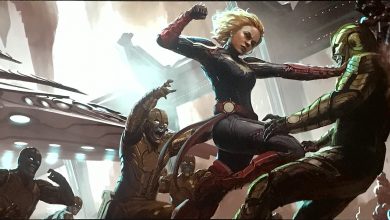