The week of Marvel awesomeness has finally begun with the Captain Marvel trailer airing on Monday Night Football. The first one that we saw back in September was the teaser trailer which only hinted the story of the film and gave us the different phases of Carol Danvers’ life. But this one gives us a big peek into the plot of the film and it already seems that Marvel has got themselves another winner.

On Sunday we got the new poster for the film which announced the trailer date! But I assure you that the trailer is going to make you feel way better than the poster did. Before we get into the trailer itself, it is important for you to know that this trailer will be followed by the even more anticipated Avengers 4 trailer on Wednesday.

So be prepared for that as well. But for now, we have the trailer that gives us a good look into the first MCU film of 2019. Have a look:

Now that was just awesome! The best part about the trailer was that it briefed us the plot of the film without actually giving us any big reveals. No spoilers from the film were revealed whatsoever and this trailer yet again was pretty Carol heavy! The one thing you have to love about this trailer is the helmet that Carol gets to wear.

Other than Carol and her different Avatars as Vers and Captain Marvel, the trailer also brings an extension of Nicky Fury’s story arc in the film. Jude Law’s character will supposedly have a pivotal role in the film so his character was not explored properly here, other than us getting two glimpses of him. We finally get a good look at Ben Mendelsohn’s Skrull Leader Talos, and we also see him in action as a Kree Agent.

The trailer starts off with the extension of Carol sucker punching an old lady Skrull, and as the scene moves forward, you find out that it was no old lady after all! This trailer is certainly not the best of all the MCU trailers, but it sure does have its moments. The best moment from the trailer comes right at the end where we see the full God-mode persona of Captain Marvel and the helmet just makes things even better than you could imagine!

This trailer may not have focused upon characters other than Captain Marvel, but it was jam-packed with action and important plot points. We got a brief glimpse of the intergalactic wars taking place in Space where Captain Marvel zaps everything that comes in her way. And we also got our first look at her little cat, Goose.

As Kevin Feige mentioned, Larson’s portrayal of Carol Danvers will bring us the strongest Superhero of the entire Marvel Cinematic Universe and the new trailer has established that big time! Here’s what Feige said: 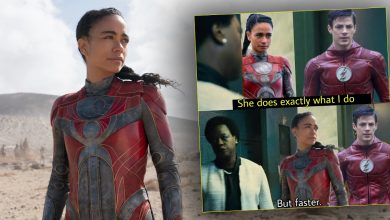 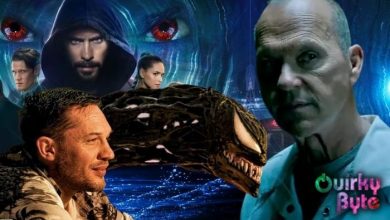