Avengers: Endgame is still 4 months away from us, but some lucky people will actually get to see a bit of it way before Marvel even hosts the premiere of the film. Early preview screenings are a part of the gig these days for big-budget films like these. Some studios screen whole movies like Aquaman did a lot earlier this month, and some studios try out a part of the films with different test audiences to try and see how the film may work when it hits the theatres.

Marvel did the same for Avengers: Infinity War, as they screened the first 30 minutes of the movie with different groups of people and the early reactions of the film were pretty great. Just imagine if those people actually got to see some action from the second half of the film as the first half of Infinity War was just build up from different angles of the story. The pay-off started to come from the second half, and as of now, it seems that the same is going to happen with Avengers: Endgame.

People say that the marketing of Endgame is going to be a little different than every other MCU film, but that doesn’t mean that the timing of everything that Marvel puts out will be different. The only way you may probably be able to distinguish the marketing is that Marvel will probably look to release the least amount of scenes from the film.

Or they could release more of what you may call “Bull-shots” which will be in the trailer but not in the final film. Rest, we are going to get the similar number of trailers, and other promotional material like posters, concept arts and merchandise for Avengers: Endgame.

As for the matter of the early screening, The Sincura Group has announced an exclusive screening of a “short segment” of Avengers: Endgame ahead of the movie’s premiere and many actors of the film will also be attending the event which will be held to benefit St. Andrews University’s Film Scholarship. Here are the details given for the event:

“The Sincura Group are delighted to announce that once again we will be partnering with St. Andrews University alongside director Joe Russo to raise money for the University’s Film Scholarship. The fan screening will feature a short segment of the film shown exclusively to fans of the Marvel Cinematic Universe for the first time. Members of the cast will be attendance to take part in a Q&A session prior the exclusive clip being shown, last year Sebastian Stan, Tom Hiddleston and Benedict Cumberbatch all attended the event. After the fan screening, guests will be invited to attend an after party to meet the directors and members of the cast…

Avengers: Endgame is the conclusion of 22 films, all planned to finish with this epic conclusion. It all started in 2008 as Iron Man was told at the end of the titular film of the ‘Avengers Initiative’.

In the aftermath of Thanos wiping out half of all life in the universe, the remaining Avengers must do what’s necessary to undo the Mad Titan’s deed.”

What more could people ask for, getting to see a part of the film before anyone else in the world gets to see it! So far we know so little of Avengers: Endgame, but as time passes, we will probably get to see more footage from the film, but we shouldn’t expect a lot of it, considering the fact that Marvel will not want to release any major spoilers for the film. 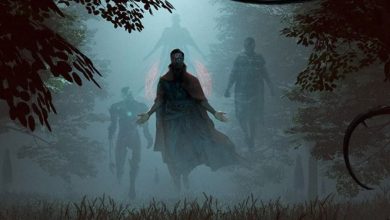