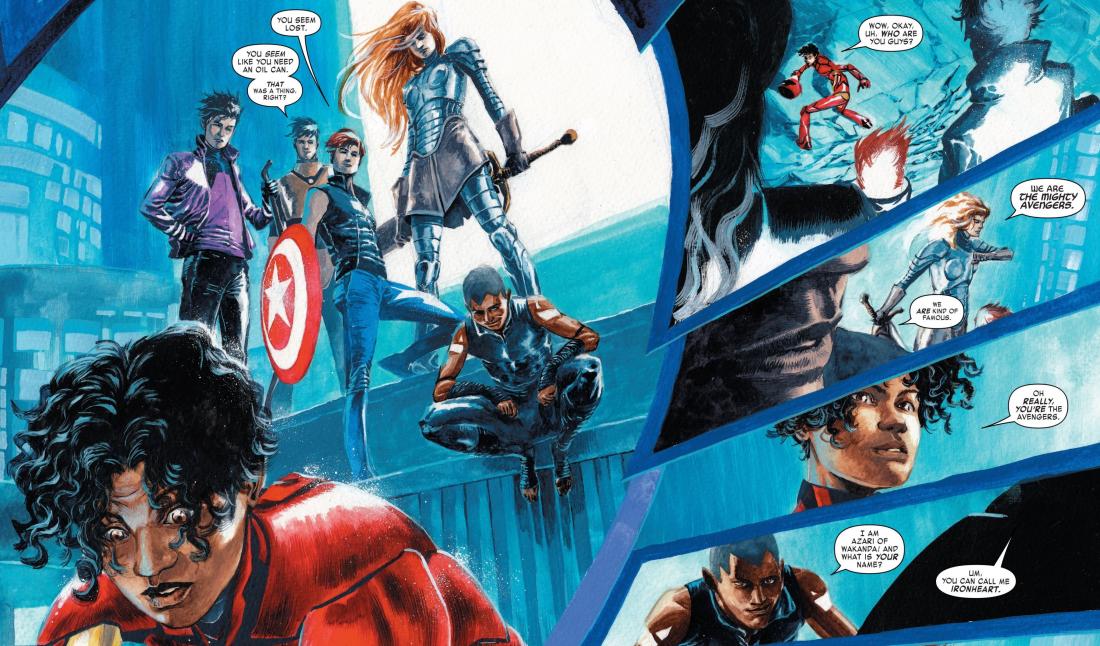 The Next Avengers are just what they sound like – they are the next iteration of the Earth’s mightiest heroes. We already have a new Iron Woman in the comics. Perhaps this time, Captain America could be Sam Wilson or Bucky Barnes. There is a real need for fresh faces for the MCU. Maybe this is how it all adds up at the end.

The Celestials are a group of super cosmic beings who are older than the Universe itself. They act as judge, jury, and executioner for everything happening within the Universe. Whenever the Celestials come to Earth, they wreak havoc and a lot of heroes die in the process. They are already known to exist in the MCU after their reveal in Guardians of the Galaxy Vol. 1. Perhaps if the MCU is ending, the Celestials are the only people who can do it right. 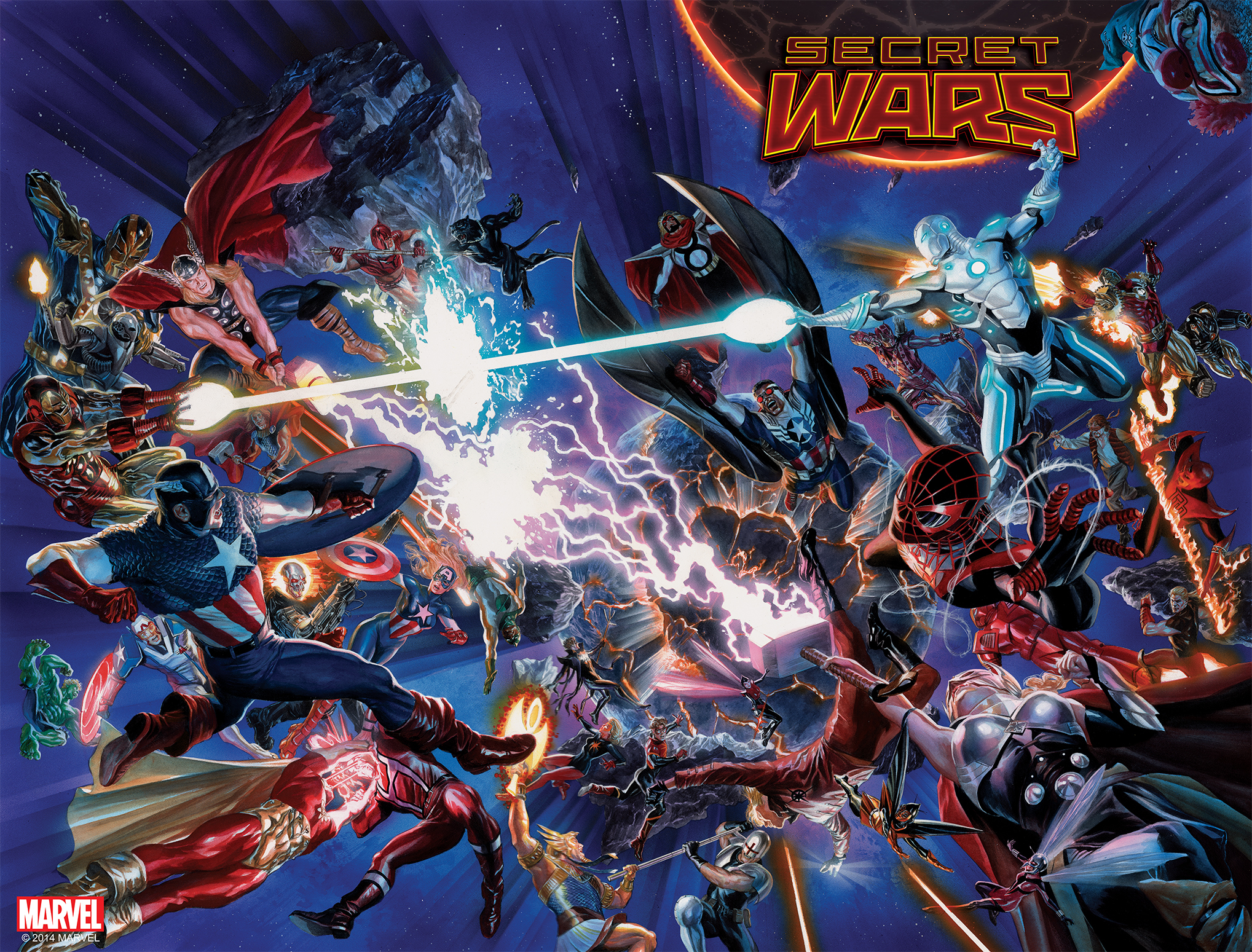 The Secret Wars event is a complicated storyline. The gist of it is that the Multiverse was about to collapse. So Doctor Doom decided to take command of the power of the Beyonders and combine all the universes to make one big universe called the ‘Battleworld.’ Several heroes died and only a few survived to take on Doom. This could be a perfect end for the MCU as in the comics, the end of Secret Wars signaled a reboot for the whole of  Marvel Comics. 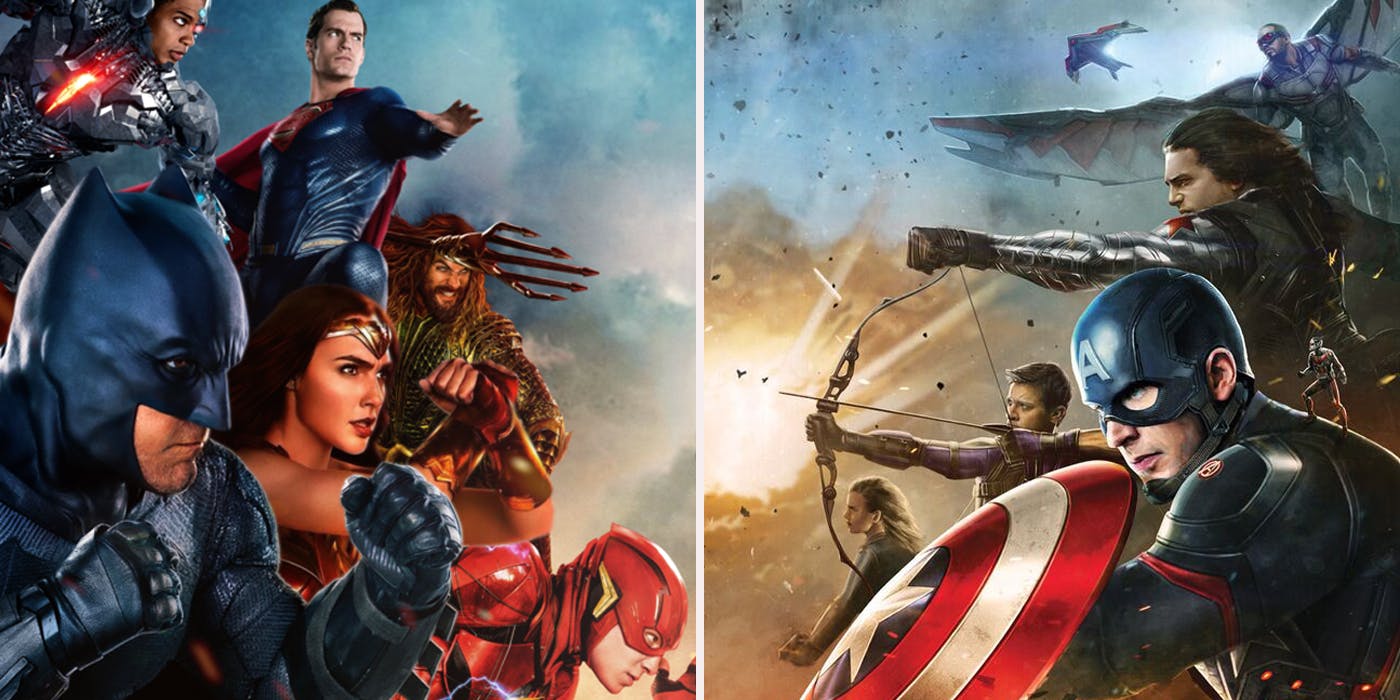 This might never ever happen. But it has all the chances to happen as well. Both the franchises are doing reasonably good. The MCU already has a lot of blockbuster movies lined up and the DCEU has also become a force to be reckoned with. If both the studios agree to common terms, we could see the Justice League and the Avengers fighting each other in a single frame. This could indeed be epic. 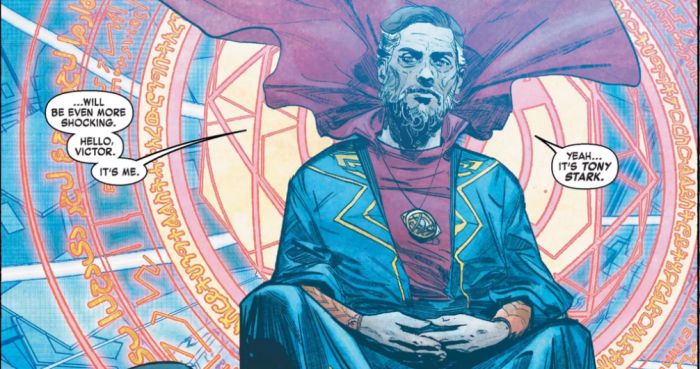 Tony Stark has a peculiar future in the comic books. As a man of science, Tony grew up not believing in magic. But time traveling to a 100 years later, Riri Williams finds Tony Stark as the next Sorcerer Supreme of Earth. Tony has embraced the concept of magic as just another branch of science and has outlived everyone. Since Tony Stark started the MCU in 2008, it is only logical to think that he ends it himself before RDJ decides to hang the suit for good. 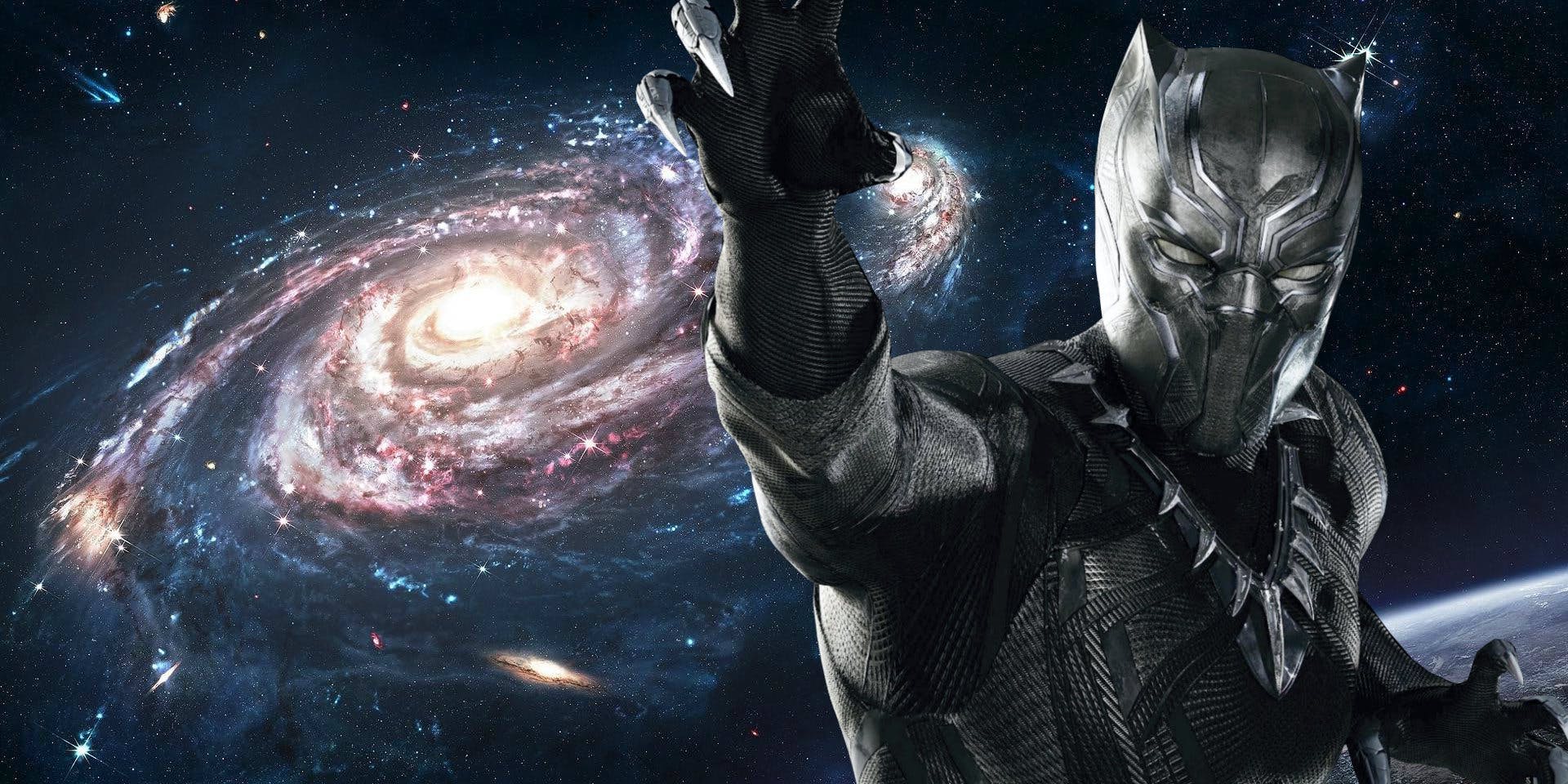 In the latest Blank Panther comic book series, something really strange happens. Wakanda decides it is done with the world and launches itself into space. Wakanda has already been introduced to the MCU and Black Panther is one of Marvel’s biggest cash cows as of this moment. If Black Panther and the nation of Wakanda wills it, maybe the MCU will launch itself into the new frontiers of the Cosmos and end at a high note. 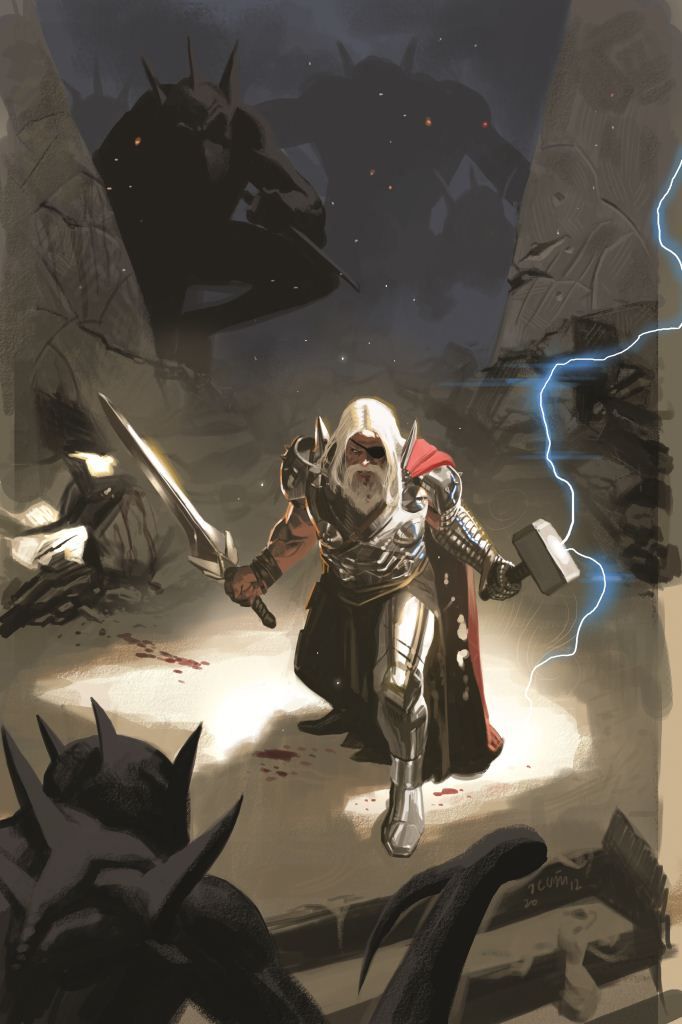 In Jason Aaron’s Thor saga, we see Thor as the last superhero standing as the final protector of Earth, a planet that is soon approaching its eventual and inevitable destruction. Thor is already a few thousand years old by then. It is an amazing series and shows how awesome an aged Thor actually is. The MCU could use this concept and give justice to one of their most iconic superheroes. 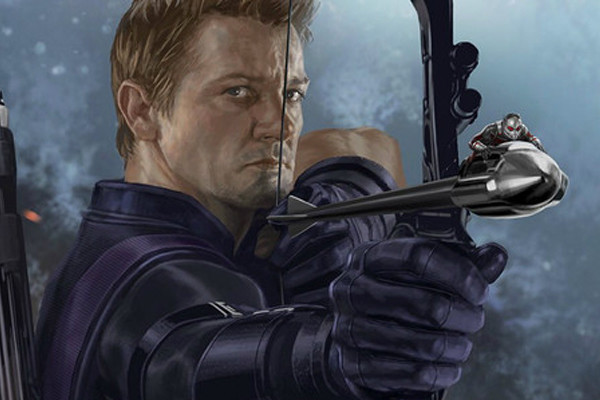 After the Old Man Logan series on which the 2017 movie Logan was based on, there was another comic book series of the same universe focusing on the exploits of Old Man Hawkeye. It is a bleak universe where the Supervillains have organized a coordinated attack on the entire superhero population of Earth, killing most of them. Red Skull rules over the Earth and the supervillains under him reign supreme. It is a disheartening but truly realistic series and could be used as a plot element for the MCU to end as we know it.

In the acclaimed House of M storyline, we see a deranged Wanda Maximoff use her reality warping abilities on a global scale. She says “No more superpowers” in a fit of rage, which effectively wipes out the entire mutant population of Earth. In the MCU, this could be used but with a different approach. Wanda could end up saying “No More Superpowers”. This would mean the superhero population is now amounting to zero, with all of them becoming ordinary human citizens. A truly fitting and happy conclusion with no deaths – this is what it promises but at a terrible cost. 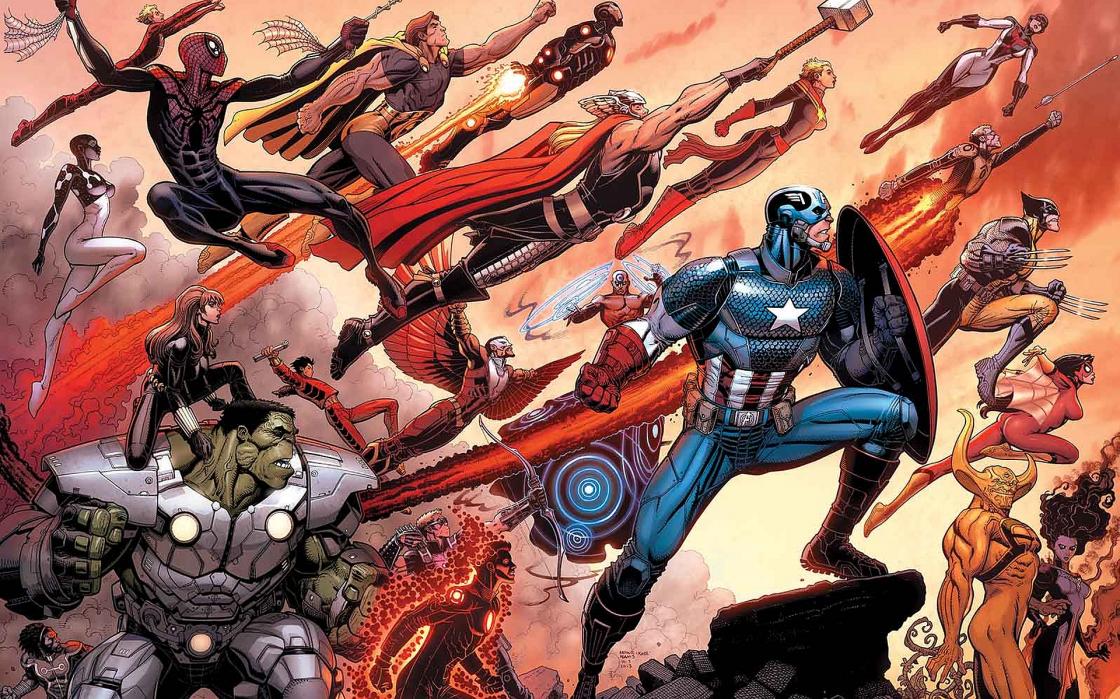 Jonathan Hickman’s run on the Avengers was truly a spectacle. Instead of running it like a team, the Avengers were turned into a global corporation by dividing the heroes into leaders and subordinates and expanding their reach to the entire planet. They were so efficient in eradicating the super villains that even the aliens dared not enter Earth. The Avengers even had a space-based action squad at all times!!

11. The Actual Age of Ultron Graces the MCU

The 2015 movie shared with the acclaimed comic book series nothing but the name. The story was entirely different and the fans felt cheated when they watched the movie. If Ultron returns back, this could mean the MCU has a chance to re-enact the Age of Ultron saga with a much more accurate note. In the comic book series, two members of the Avengers travel to the past and future respectively. One is aiming to stop Ultron’s creation while the other aimed to stop the robot in the future itself.

The Disney-Fox merger is just about to happen. Apart from the fact that it will bring in a lot of heroes that the Marvel Cinematic Universe still doesn’t have access to, it will also bring in a major player of the Marvel Universe. The Devourer of Worlds – Galactus, is truly a frightening entity. His hunger is so insatiable that he consumes a whole planet and still feels hungry. The MCU could end with Galactus coming to Earth and swallowing it whole. It could be an unexpected ending but judging by the way Infinity war ended, we cannot be sure if there is even any semblance of a happy ending for the MCU in the future.

13. The Builders Come to Earth 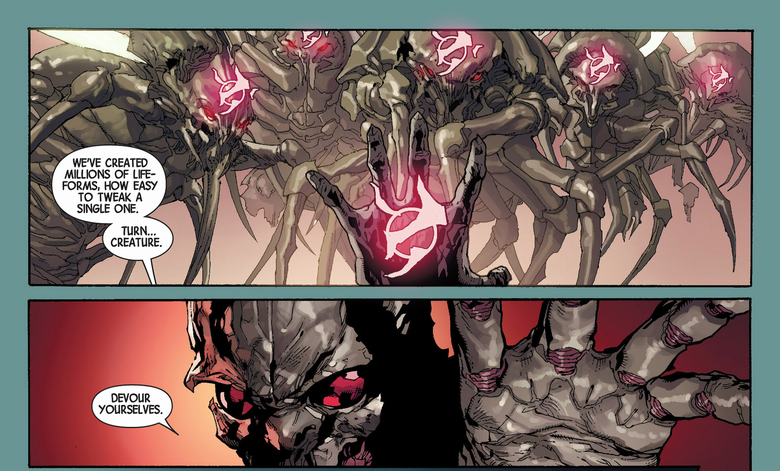 In the 2013 Infinity series, Marvel Comics introduced to the readers an alien species that is as old as time itself. They have been roaming around the universe silently, shaping its future and moulding evolution. They are called the Builders and in the Marvel Universe, they are the closest thing we have to Gods. The Builders are so powerful that they could put the Celestials to shame. In the comic books, the Avengers had to team up with a lot of alien armadas just so they could have a chance of surviving the Builders’ onslaught. If these guys really do come, the Avengers and the MCU as we know it will surely perish. It will be a good yet tragic ending though.

The latest movie to be released under the MCU banner is Ant-Man and the Wasp. The official synopsis for the movie reads: 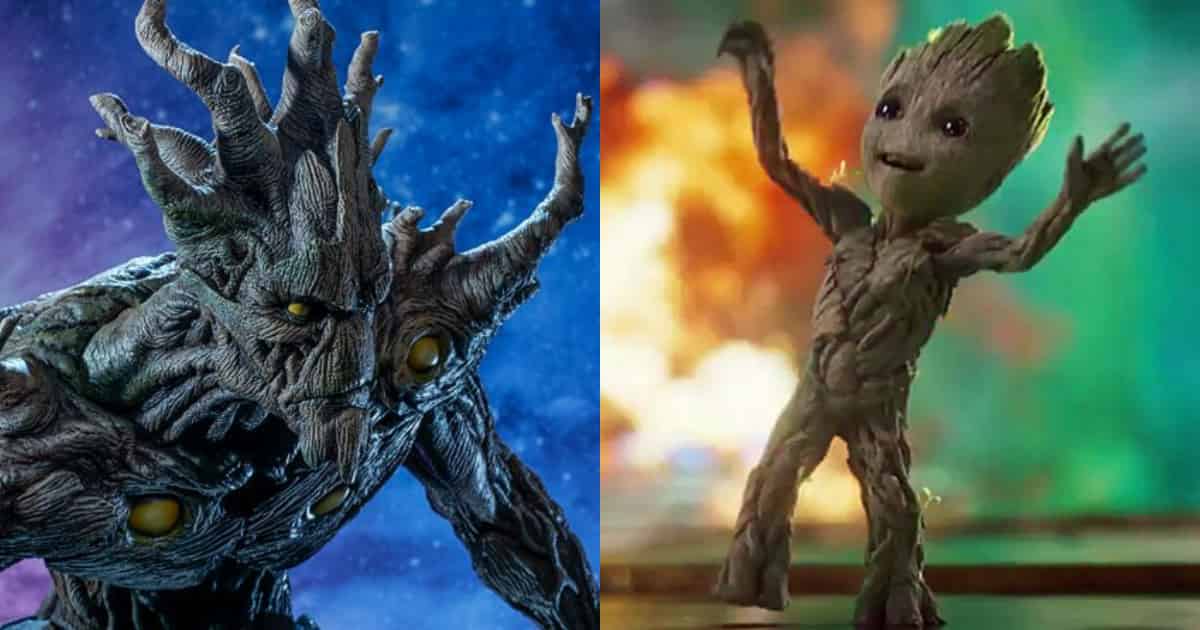 Guardians of the Galaxy: Who is Peter Quill’s Father? 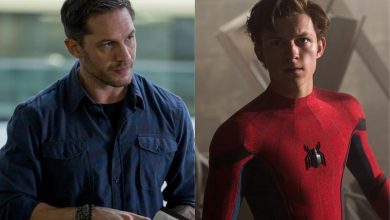