Guardians of the Galaxy is one of the greater Marvel franchises now, but there was a time when no one actually knew about this group of Space Avengers. That is the magic James Gunn brought into the MCU, making the Guardians household names out of nothing! Sony is trying to do the same thing with Venom. Even though Venom has been one of the bigger villains in the Spider-Man Universe, we have still not seen a real interpretation of the alien Symbiote in live action.

Spider-Man 3 is obviously there, but the interpretation of Venom has been hated worldwide in that particular movie. Now, Sony is bringing us an origin story to this Alien, but it will be altered from what we have read in the comics. We all know that the Venom Symbiote first bonded with Peter Parker, and then it came on to bond with Eddie Brock. But in the movie, it is going to straight up bond with Eddie Brock.

But where did the Symbiote actually come from? Well, The recent run of the Venom comics storyline has not only given us the origin to Venom and other Symbiotes that live across the Universe, but it has also given us an origin to a Space Port we are familiar with as Knowhere. As we have seen in Guardians of the Galaxy and Avengers: Infinity War, we know that Knowhere has been the spot for the Guardians of the Galaxy to hang out. It is sort of their headquarters in the movies and even in the comics. It is obviously where the Collector’s vault is. And now we may know where it actually came from. 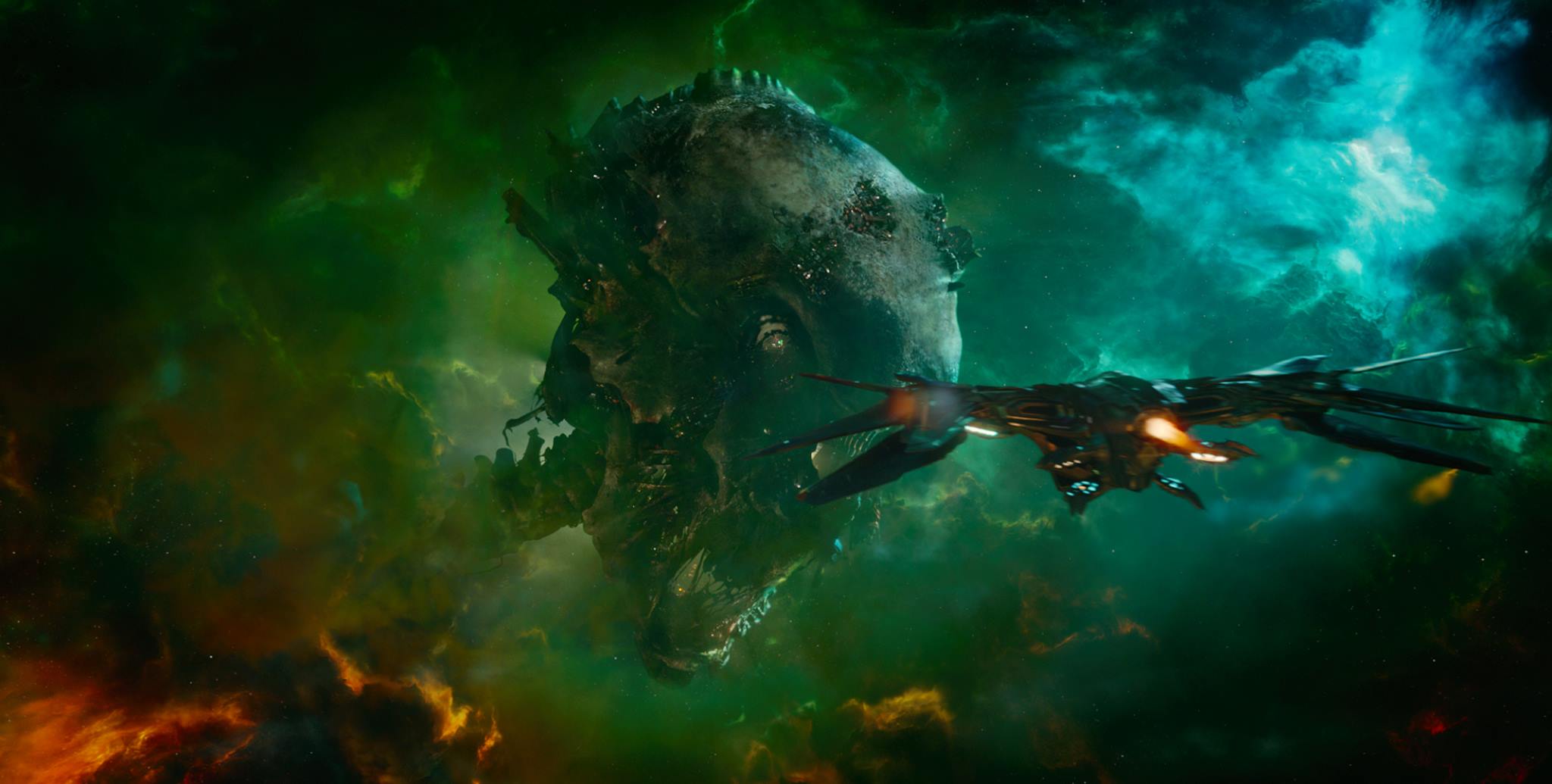 In the latest issue of Venom – Venom#4, we get an origin story for how the Symbiotes spread across the Universe and possibly how Knowhere came into existence. This issue is a flashback storyline which gives us a look at Knull, the main villain of this comic seires. Knull is the God of the Symbiotes who lived in the darkness of space before there ever was light, and he actually existed even before life came into being. Then happened the Big Bang which saw the Celestials looking to shape the new universe as they saw fit. 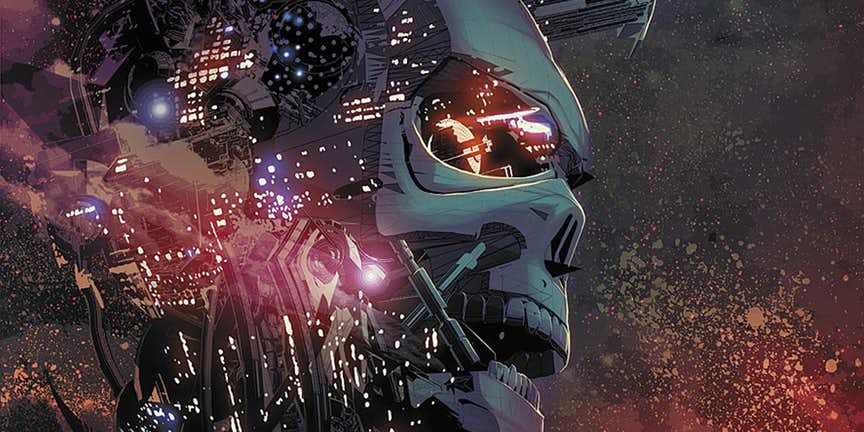 Since Knull was a God himself, he was not going to let the Celestials do as they pleased, so what he did was that he pulled out a symbiote sword that would become All-Black, the Necrosword. He used that sword to actually slice the head off of the Celestial nearest to him, and that caused the rest of the Celestials to cast Knull back to the deep blackness of space. But what happened next was what no one had thought as the entity had found refuge inside his victim’s severed head. 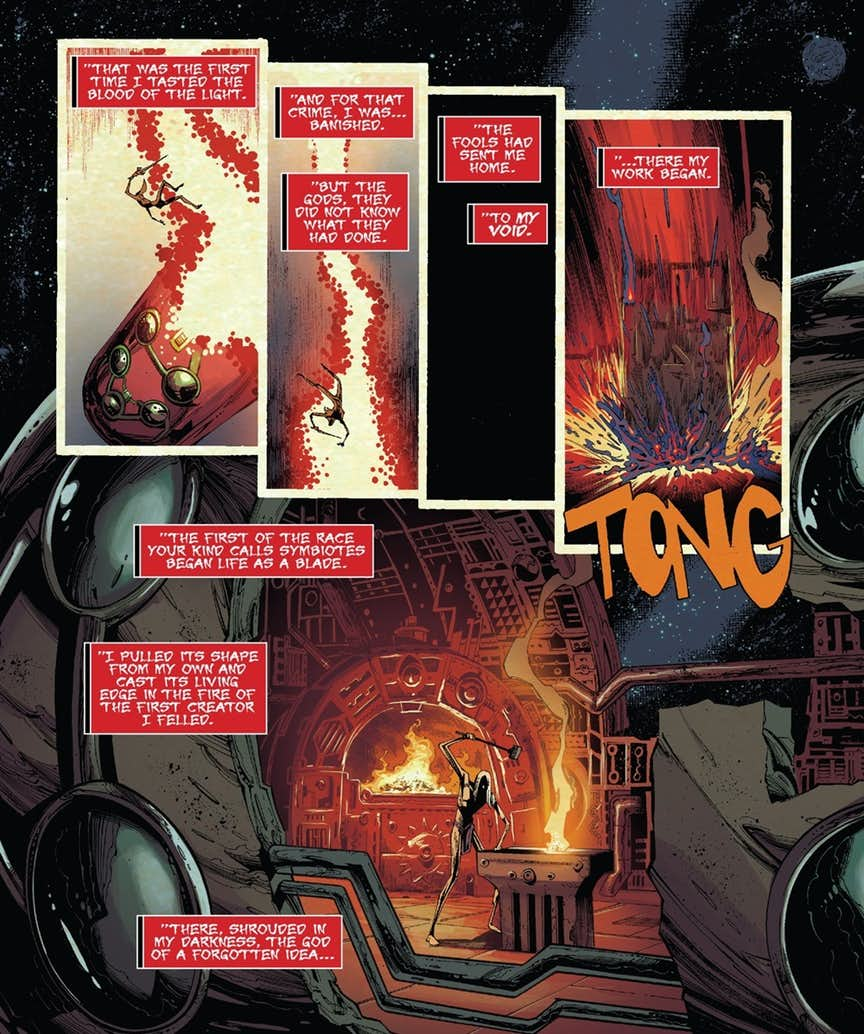 He then used the fires and the technology of the giant Celestial head to mold the blade into the so called Necrosword. Right after that moment, the story saw Knull actually leave the head be and he go on to spread the symbiotes throughout the Universe. So, this was the origin story of the Symbiotes, but the comics did not actually call the severed head officially as “Knowhere”. 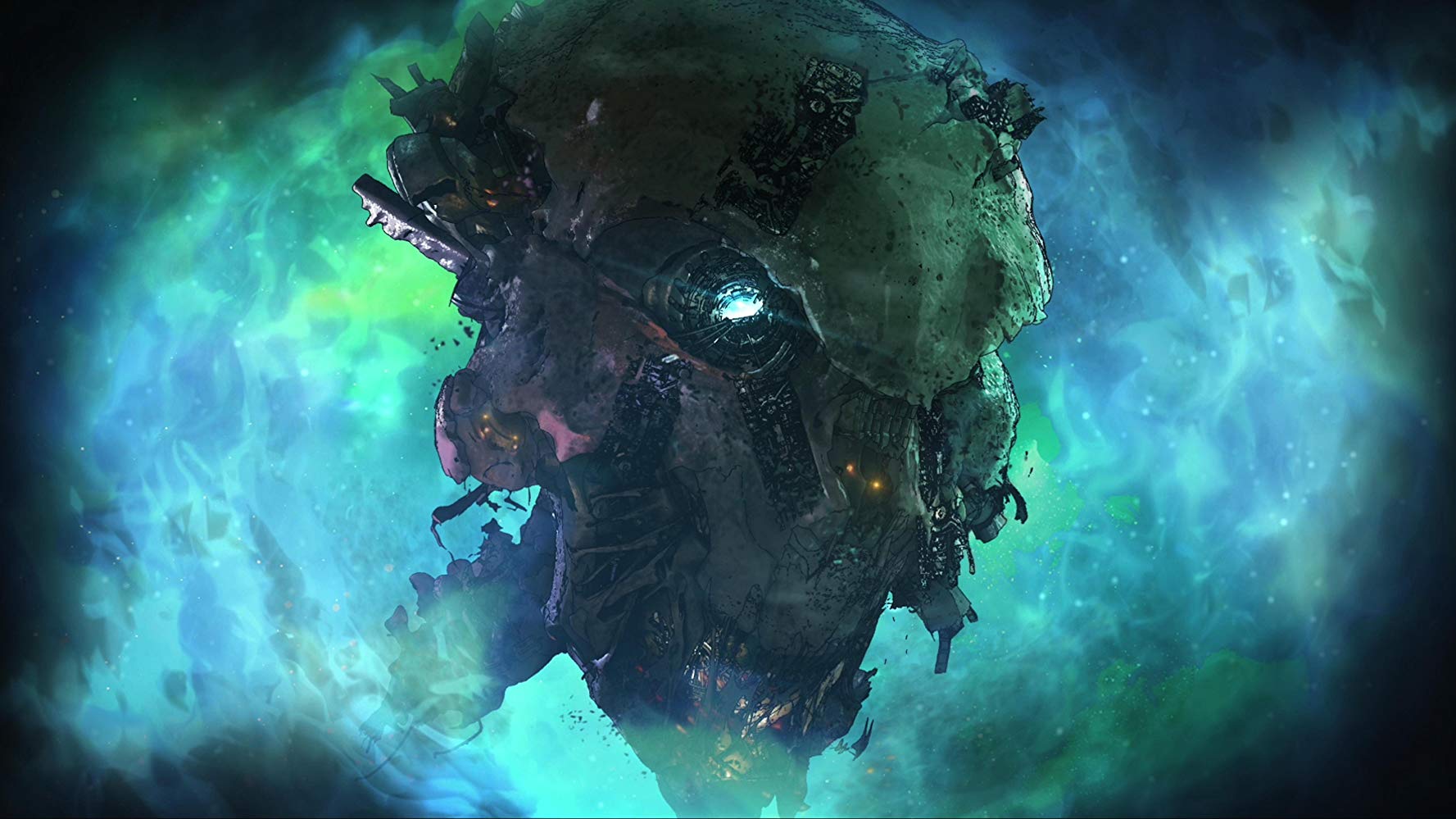 This is merely a theory but there is a solid chance that this is how Knowhere was created. Why “Knowhere” you may ask, and the answer lies in the name of Knull, which has the first 2 letters to be similar to Knowhere, and since he left the head right there, we are going to assume that it indeed is Knowhere.

Since none of the fans throughout the world actually know where the Space Port actually came from, and even the comic does not exactly state the same officially, we are going to take this as the origin to the mysterious planet called Knowhere. It still is a great origin, and something like this could really work in the movies as well. 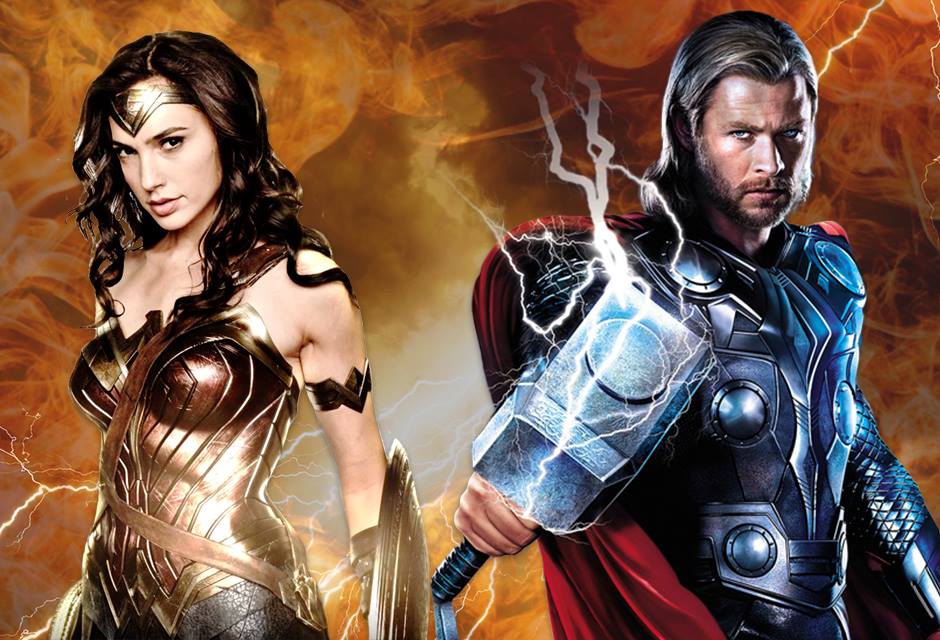 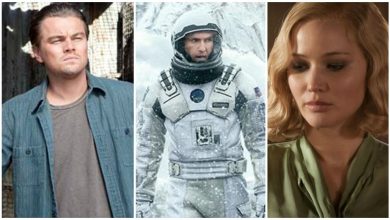 Top 10 Most Confusing Movies of All Time 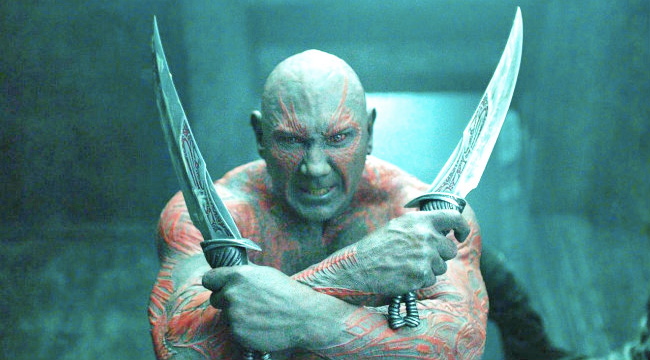 10 Unknown Facts About Drax The Destroyer That You Must Know