We all know Carol Danvers as a mild-mannered CIA agent who has ruled the world of espionage for a long time. She has been hailed as the best spy out there and arguably one of the greatest field agents SHIELD ever had. Nick Fury was considered to be one of her mentors and had some role to play in Danvers’ life before she got involved with the Kree hero in hiding (Mar-vell). It is here where we are confident about the facts because this is the origin story of Captain Marvel aka Carol Danvers. 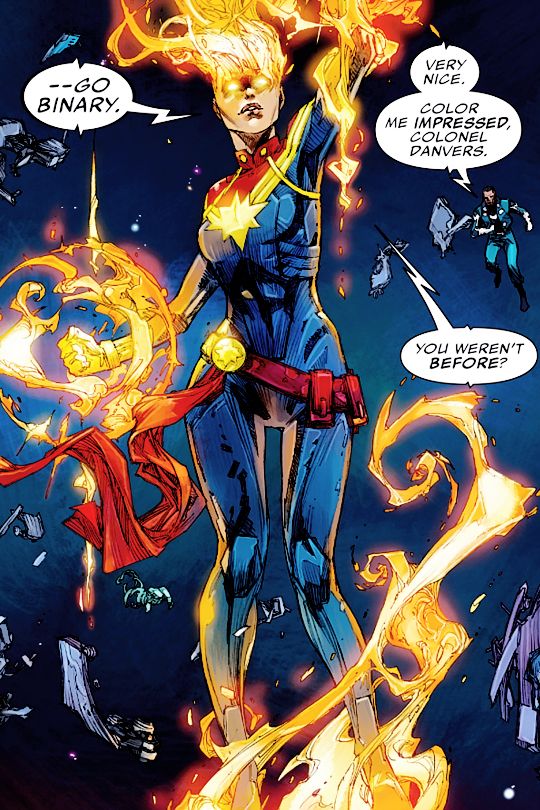 You see, Carol was one of the top espionage agents in the country and she got involved with a scientist (a very proficient but secretly a Kree superhero scientist) whose real name was Mar-vell. This ‘man’ became Carol’s lover and her support system as their relationship grew. He was her confidant and her lover and this fact was exploited by Kree generals who had ulterior agendas against Marvell. Long story short Carol was caught by these Kree villains and in an attempt to rescue her, Marvell ended up exploding a device that fused his and Carol’s DNA together giving Carol Danvers her powers. 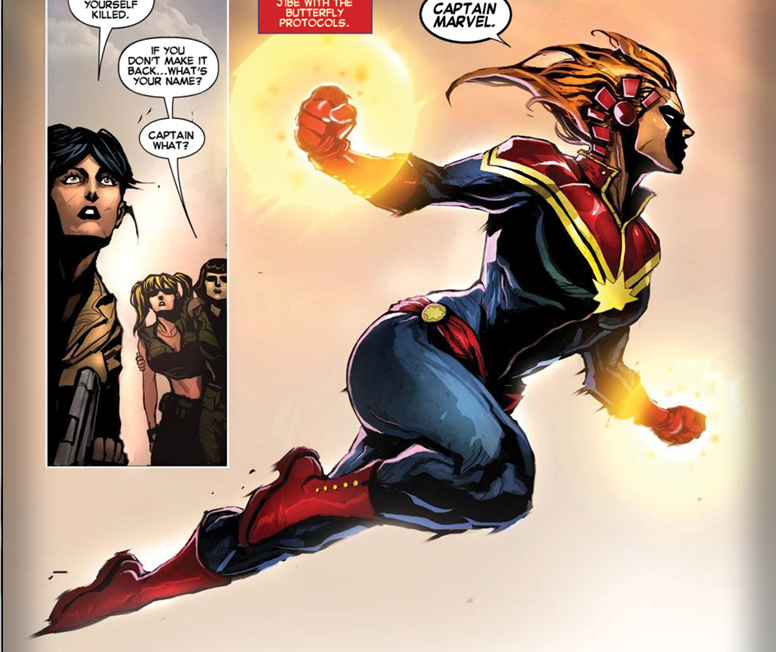 Once the powers were transmitted and Carol Danvers became the cosmic-power-slinging-ultra-powerful-badass superhero that she is, she decided to use the name Ms. Marvel when dispatching of evildoers, it was her way of paying homage to her lover and hero. The name stuck until it was time for Carol to take up the mantle of ‘Captain Marvel’ itself and become the hero she admired.

All throughout the publishing history of the Captain Marvel comics and character, this is the origin story that has stuck. Never has the publisher ever dared to mess with this particular origin story. It not only has gravitas but it also gives the characters involved reason to be good and a reason to be the way they are. 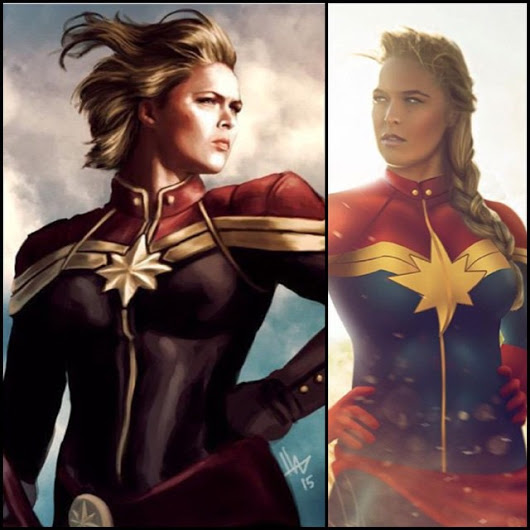 The Life of Captain Marvel #1 starts off with Carol doing what she does best, fighting crime as the resident bruiser of the Marvel comicverse. She’s kicking ass and taking names but something is different today, her head is not in the game. It’s all rather surreal as the audience is exposed to the fact that Carol Danvers is bothered by Father’s day. You see, Carol’s biological father was an abusive jerk who not only ill-treated Carol and her brothers but his emotional unavailability was also a reason for the falling out of her family (well, the emotional falling out). 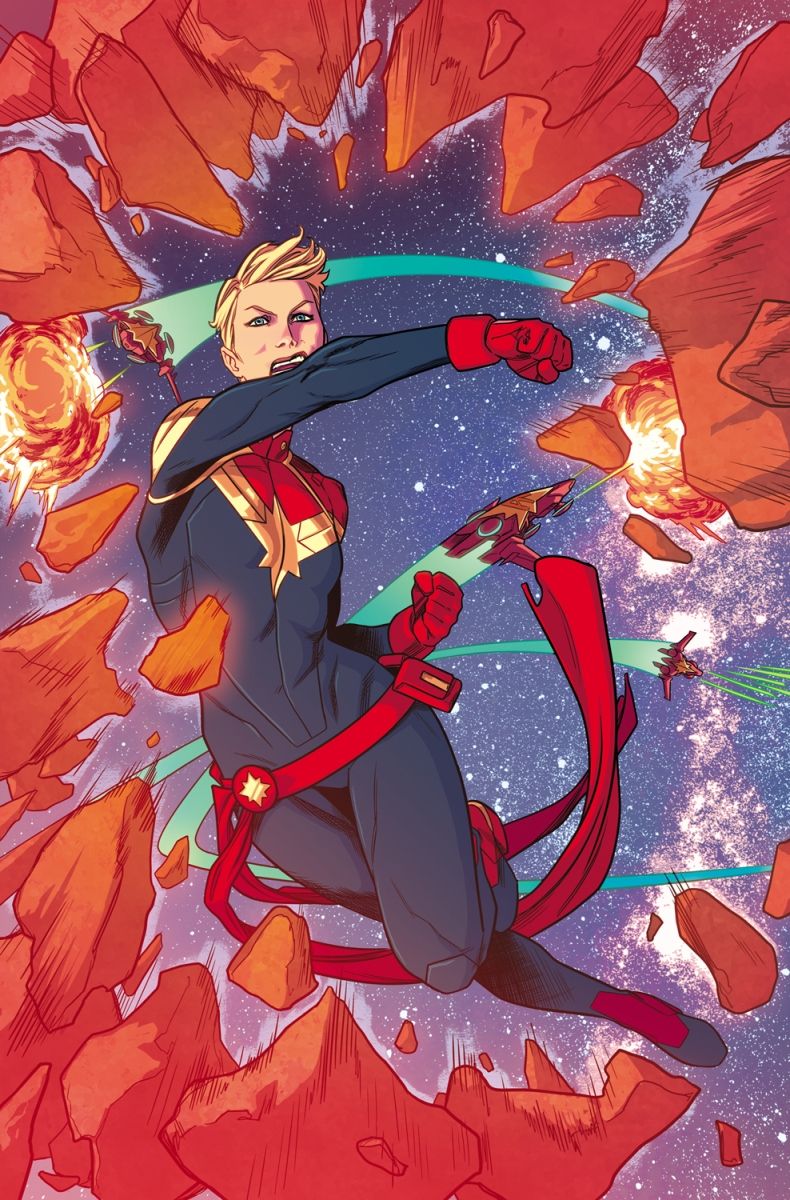 As the issue moves forward we see Carol Danvers set her route for her hometown so she can go and see her mother and the one brother, Joe, who lives there. It seems as though the Life of Captain Marvel is only going to be a slice of life issue from the writers at Marvel as the family reunion carries on for certain pages but readers are in for a surprise. 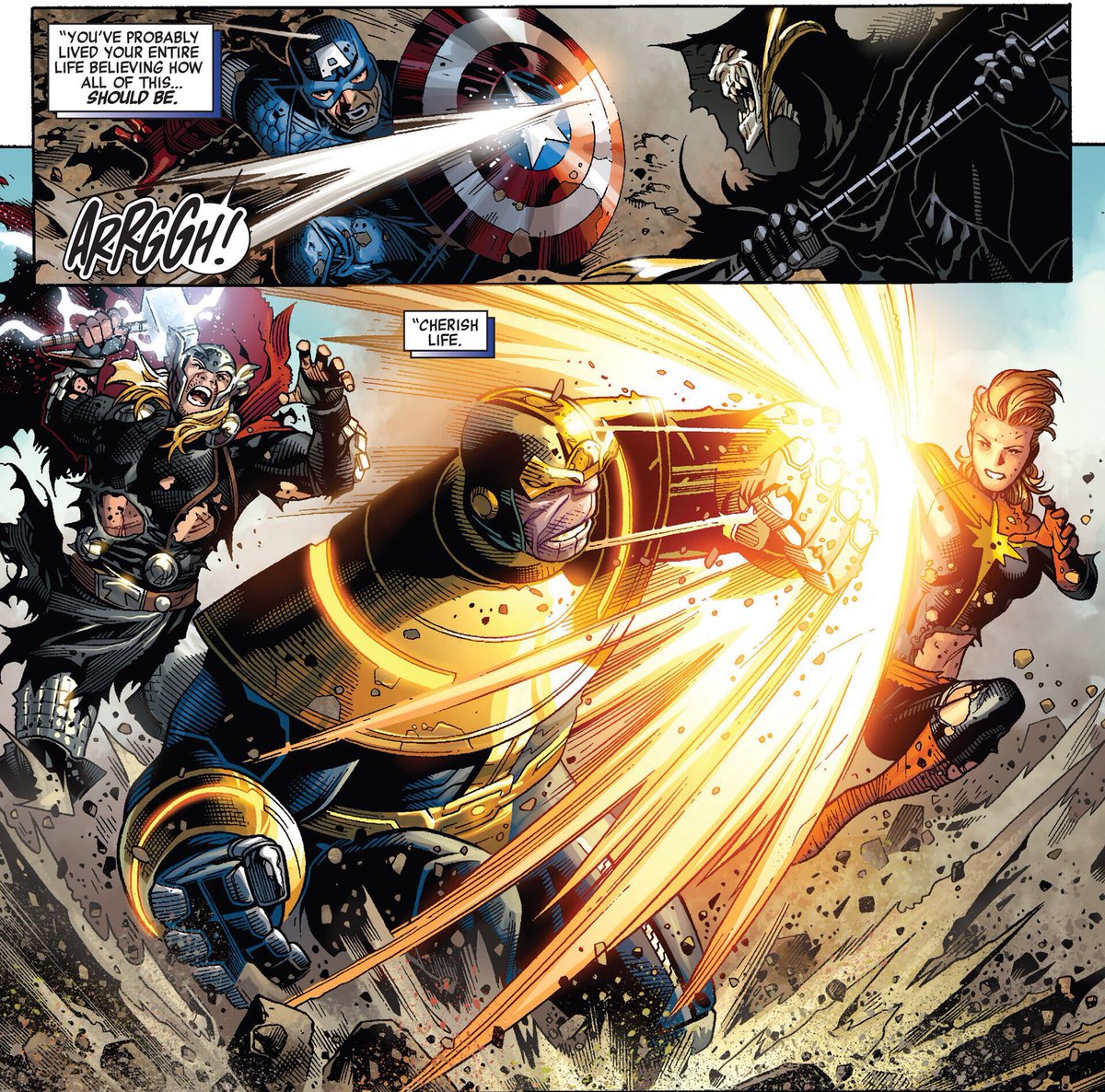 It is here that I advise you fans to not read any further if you’ve not already read the first issue of the series because I’m about to discuss material that would be considered as spoilers. 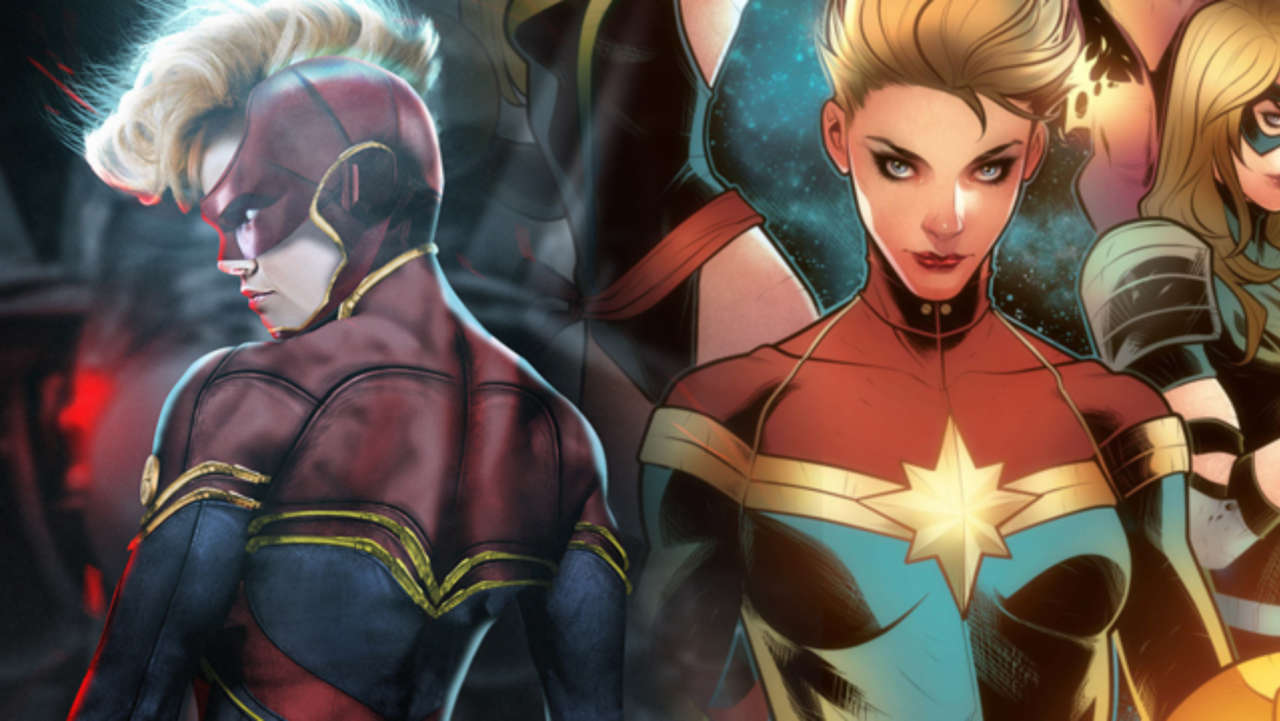 While going through the ‘old house junk’ Carol comes across a box of stuff that she’s never seen before and that (arguably) belonged to her father. She finds a letter in this box, a love letter to be exact and the letter is signed ‘Joseph’. This is something that Carol infers to be her father but it is also hinted that letter could’ve been just referring to her brother Joe. The origins of the letter can be set aside for now because the other contents of the shoe box are much more appalling and rather more demanding of our attention at the moment. 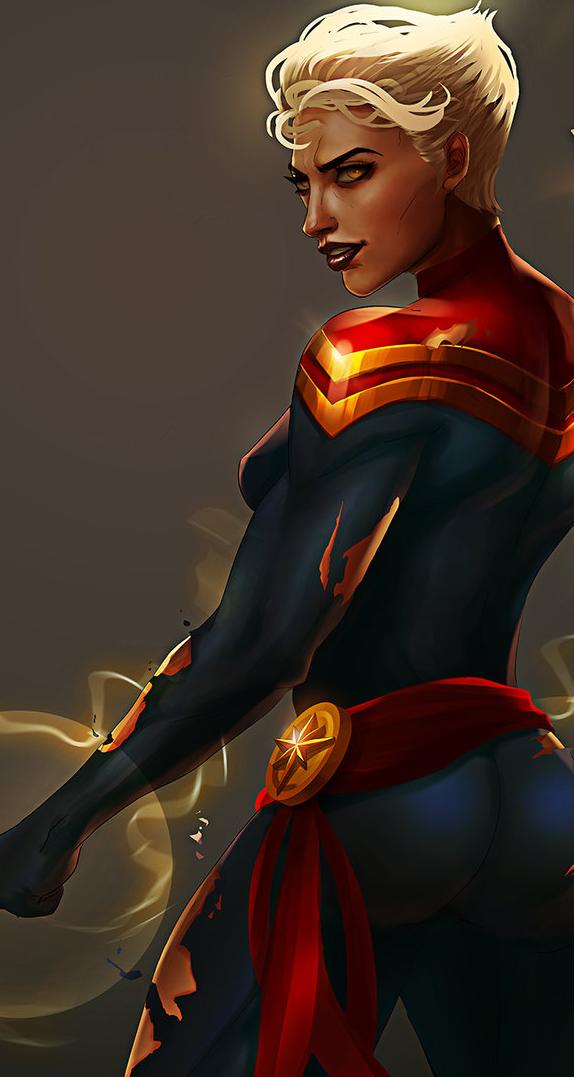 What Carol also finds in this box is a piece of foreign or rather alien tech that she is completely unfamiliar to. In classic Marvel fashion, Carol decides to open up this device with a hammer and brute force, rather than opening it this sends the device hurling into outer space where there is an array of floating devices.

Here it is revealed that the device or the piece of alien technology is actually a gestation pod for an alien baby. We also know that this device and technology is Kree in origin because the array’s artificial intelligence is regarded as ‘Mother Kree’ in the comic.

Now, what does all this mean? Does it mean that we have reached a point in the Marvel universe where writers finally want to alter the lore of Captain Marvel’s origin or this simply a plan hatched by the Kree empire to bring down one of their greatest foes, why not? The Kree have been known to infiltrate civilizations when and if they find it convenient. Why isn’t it possible that this space baby is also a plot device in the Kree invasion of earth, considering that the Kree AI teaches the child about Shakespear and gives him a crash course on earth’s history just so that this creature can fit in with the rest of e earthlings. We still have no idea what is actually in the gestation pod but it is highly possible that whatever it is, we will see it fight Carol Danvers in the next issue of the Life of Captain Marvel.

Don’t Miss: Will Ghost From Ant-Man and the Wasp Appear in Avengers 4? 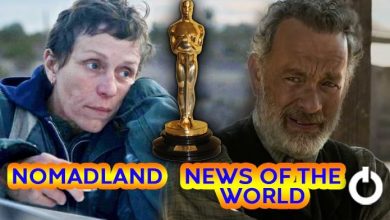 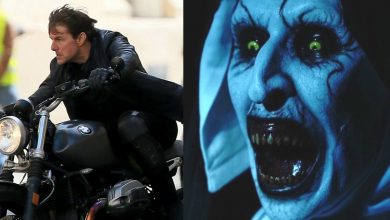 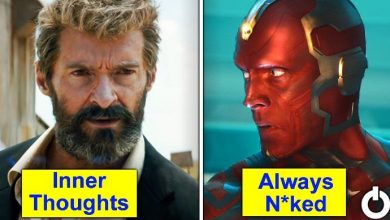 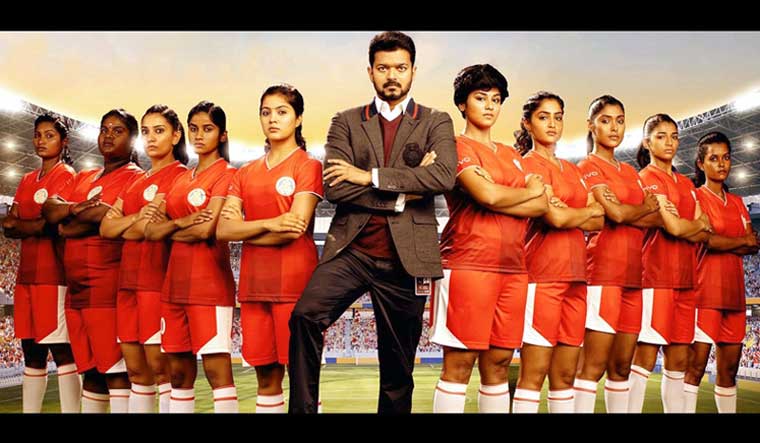