Avengers Infinity War marked the beginning of the end of this epic saga which began in 2008 with Iron Man solo film. Since then, 18 movies have been released, all leading to a grand showdown between Avengers assemble and Mad Titan Thanos. The decade-long wait has been totally worth it as Thanos proved to be the greatest MCU villain ever.

The movie has officially become the highest grossing superhero movie ever with over $2 Billion in Box office collections globally. It brought closure to multiple storylines and plots but also raised many questions. The ending left us stunned as Thanos actually fulfilled his purpose in life as he snapped his fingers wearing the gauntlet with all Infinity stones in it, resulting in wiping off half the life in the universe, including half of all superheroes.

Avengers 4 will the culmination of everything that has happened till now in the MCU. It will mark the end of MCU Phase 3 and lay the foundation for next phase. The Infinity War writers have insisted that the movie will be totally unexpected and won’t do what fans think it will. Also, it won’t be a direct sequel to Avengers Infinity War. Here’s what they said:

McFeely added: “Put it this way. I think [Infinity War] is a fairly mature movie for a blockbuster. It’s got a lot of fun in it, obviously, but boy, it gets very mature. The second one is also mature. We’re going to own these choices, and hopefully surprise and delight you and get you invested. It’s by the same studio, the same filmmaking team. They were written at the same time, shot at the same time. They’re clearly connected, but they are definitely two different movies, one of which is dependent on what happened previously”.

The details of Avengers 4 has been kept under wraps. In fact, the official title is yet to be released. But what we do know is that Thanos will return. Although there is a lot of time for Avengers 4, some details have begun to come into the public domain. Here is the twitter source for all updates:

The battle armor of Thanos will get an uptick in the upcoming Avengers 4. We saw him wearing the armor in ‘ The Avengers’, Guardians of the Galaxy, Avengers: Age of Ultron. He wore it in Infinity War for some time but after beating the shit out of Hulk, he threw the protection away and trusted his own physical strength.

Thanos won in the end but not without taking some serious blows. Thor stabbed him with his powerful ax ‘Stormbreaker’ which left Thanos critically wounded. Thanos may need an extra protection as Captain Marvel will be joining the remaining Avengers 4 and she is the most powerful of them all.

We are waiting for more details to surface but brief plot synopsis for Avengers 4 has been released by an entertainment magazine. Read it below:

It talks about ‘making sacrifices’ to protect the reality, so who will survive and who will sacrifice for the greater good, these questions will hopefully be answered in Avengers 4.

Avengers Infinity War is currently running in theatres. The official movie synopsis is as follows: 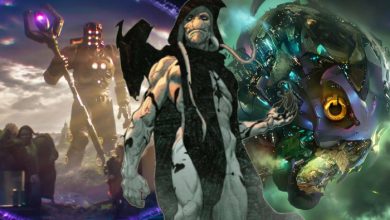 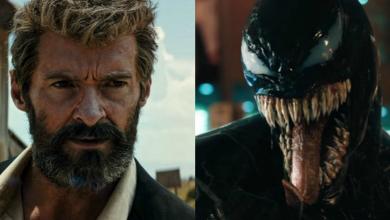