I think it is safe to say that DC Comics has a better range and collection of Super Villains than Marvel does. Sure Marvel has Doctor Doom and Thanos, but the plethora of Villains at the DC Roster make it a really unfair comparison. DC has the Joker, the Reverse Flash, Grodd, Lex Luthor, Ra’s Al Ghul, Doomsday, Darkseid, Bane, and so much more to choose from. It is just the way it is. 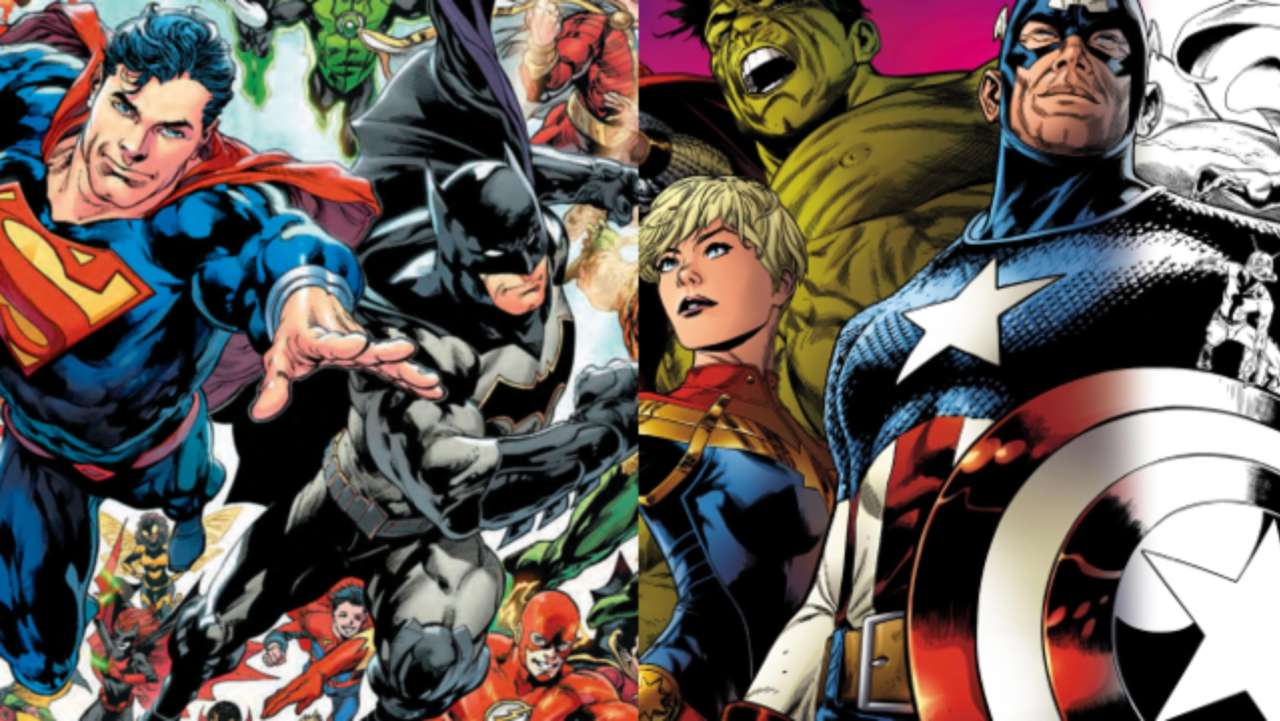 While Marvel focuses on their superheroes more than their villains, DC prefers to make sure the bad guy is memorable enough. Maybe that is why DC Comics always break the ceiling when they go up for sale. The Villains have always been DC’s forte. And one of them just became the most dangerous and deadliest villain of DC Comics….. EVER!!!

Let’s play a game. You have three guesses before you go down. If even one of your guesses is right, you win.

Spoiler Alert: The following paragraphs contain MAJOR spoilers for Hal Jordan and the Green Lantern Corps #41. If you still haven’t read it yet, look away… 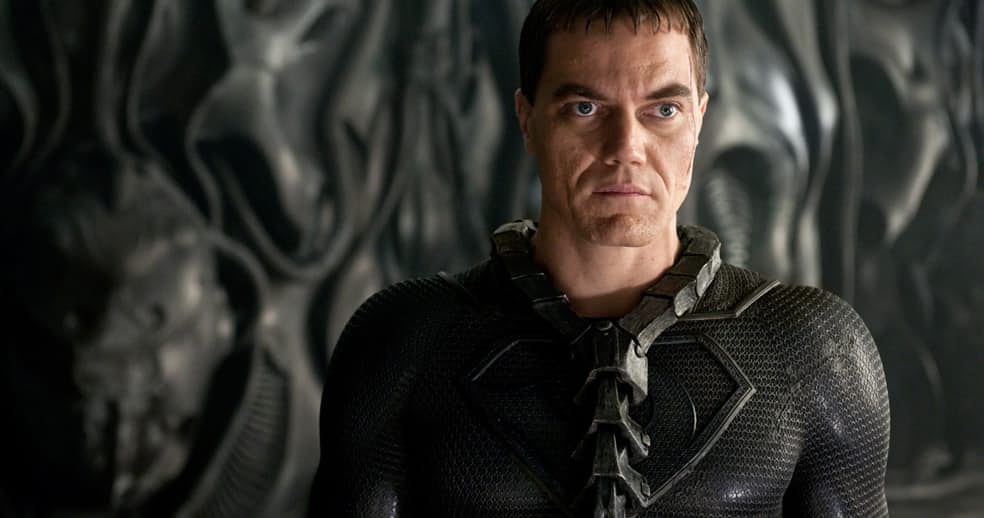 Are you ready? Do you have your three guesses? Here comes the right answer. It is General Zod. Zod just became the deadliest foe to ever grace the DC Comics banner in its entire history of publication. Zod has been planning this for a long time. And the Green Lantern Corp of Oa unwittingly became an instrument to help him further his goal. Zod aims to wage a war on every known world in the DC Universe.

He has come dangerously close to achieving that in recent times. General Zod of Krypton is now every hero’s greatest foe and the most dangerous man of this Universe.

The Kryptonian General was assumed to have settled down with a wife and child on the primitive planet of Jekuul. Zod has rechristened the planet as DC’s New Krypton. The planet revolves around not one but two yellow Suns. That means every day Zod and his family are hyper-charged with solar radiation, making each of them twice as strong as Superman. The natives of the planet now treat the three Kryptonian outsiders as their Gods now. In return, Zod has enslaved the planet’s entire population and is using them as slave labor to rule the planet.

The Green Lantern Corps get wind of Zod and his nefarious activities and decide to attack in full force. But as it turns out, the Lantern Corps attacking Jekuul was also part of his plan. 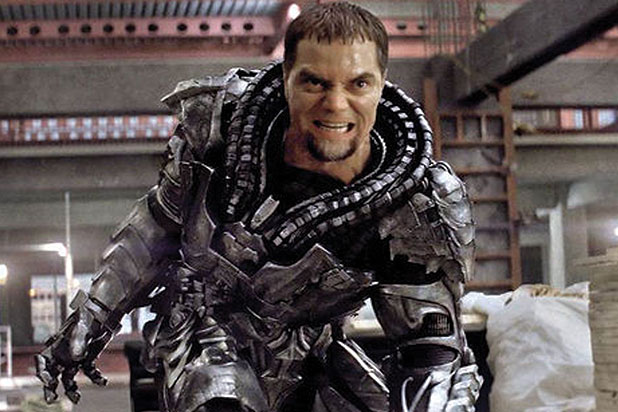 The fight with Zod is hard-fought and excruciating. The Kryptonian is not only as strong as Superman himself, he is also cunning and has mountains in terms of battle experience. Zod was raised as a warrior, born and bred to be the leader of the Kryptonian army, the general is as ruthless as he is powerful. He has settled down on Jekuul with his family to start anew, for the house of Zod. Or so is his wish. 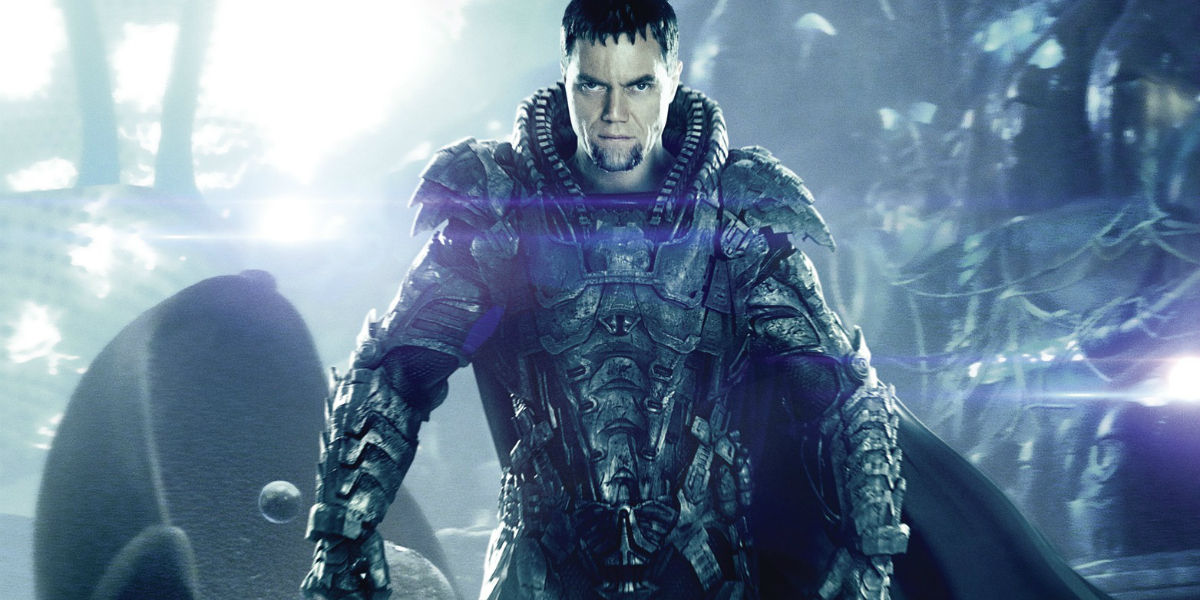 Thanks cunning general will do everything necessary to attain this vision of his. To return glory to the name of Zod the general is ready to sacrifice anything and everyone. It seems like DC is running out of character arcs so they are borrowing one from the pages of George R. R. Martin’s Game of Thrones. The idea of sustaining the family name above all else.

That is what Zod feels like to the reader in Hal Jordan and the Green Lantern Corps #41, like an all-powerful, ultra–evil Tywin Lannister, out from the books and shows shoved deep into space. The character of Zod seems rather hell-bent on the establishment of this empire he dreams of. The start of this empire is Jekuul, that is his vision. 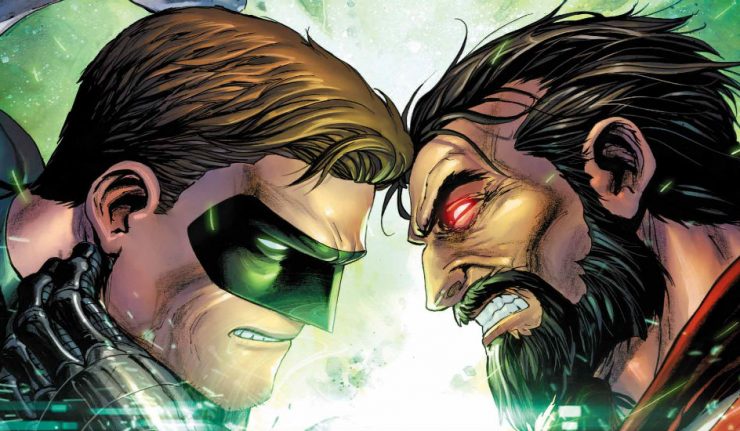 The ring was taken out of the hands of Kyle Renner and handed over to the eradicator (think super powerful and super intelligent Kryptonian Android ) and then upon arrival of Hal Jordan, a fight broke out between the Green Lantern and Zod. The lantern has fought and lost to general Zod numerous times before, for the sole reason that the Kryptonian’s powers know no bounds. But the fact that Hal Jordan has a weapon powered by his very will, and at this point in time the lantern’s is nigh infinite.

We see Hal use his air assault tactics and Green Lantern Ring’s amazing power to bring down the Kryptonian warrior. Breaking the faith of the Jekuulian people and the hubris of Zod. Just as Hal Jordan places the general under arrest, the guardians arrive alongside John Stewart and order Zod released. Half argues for a minute but when even John supports the guardians, Hal backs off. He respects John. He will not question him in this situation. The general negotiates with the guardians in his evil intimidating way and finally hands the ring over. 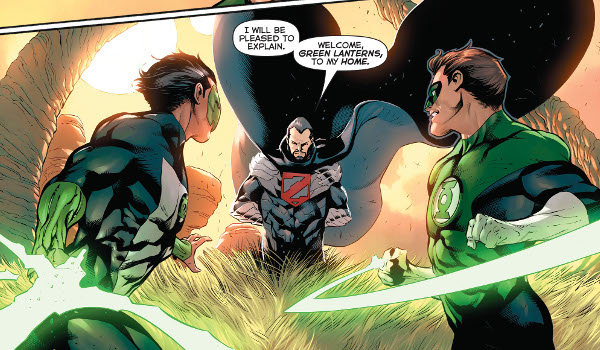 It is then that the readers realize what Zod is actually up to. When the Lanterns attack Jekuul en masse, Zod is able to get his hands on one of the Corps’ members’ Green Power Ring. Zod later passes up the ring to Eradicator, a Kryptonian Supercomputer. Against Hal’s advice not to retreat and leave the Ring in possession of Zod, the Corps steps back from Jekuul. And Zod sets his plans in motion.

What Zod really wanted was not the Ring but the knowledge stored within it. Each Green Lantern Ring houses all the knowledge that the Guardians have studied and analyzed in all their millions of years governing and watching over the Universe. The Ring contains population statistics for every inhabited world in this universe, blueprints to all the deadliest weapons ever made by any sentient being and most importantly, a map of the Whole Universe.  Such information is considered chaotic in the wrong hands, and it’s difficult to argue whether there are worse hands than that of General Zod in the entries DC Comicverse, I would consider Darkseid a close second, but you know what I mean. The general is planning a universe-wide empire with him at the forefront of civilized sentient life as their God and leader. The general hopes that he can start a dynasty here that will last a million years, with the House of Zod revered as God’s across the universe. 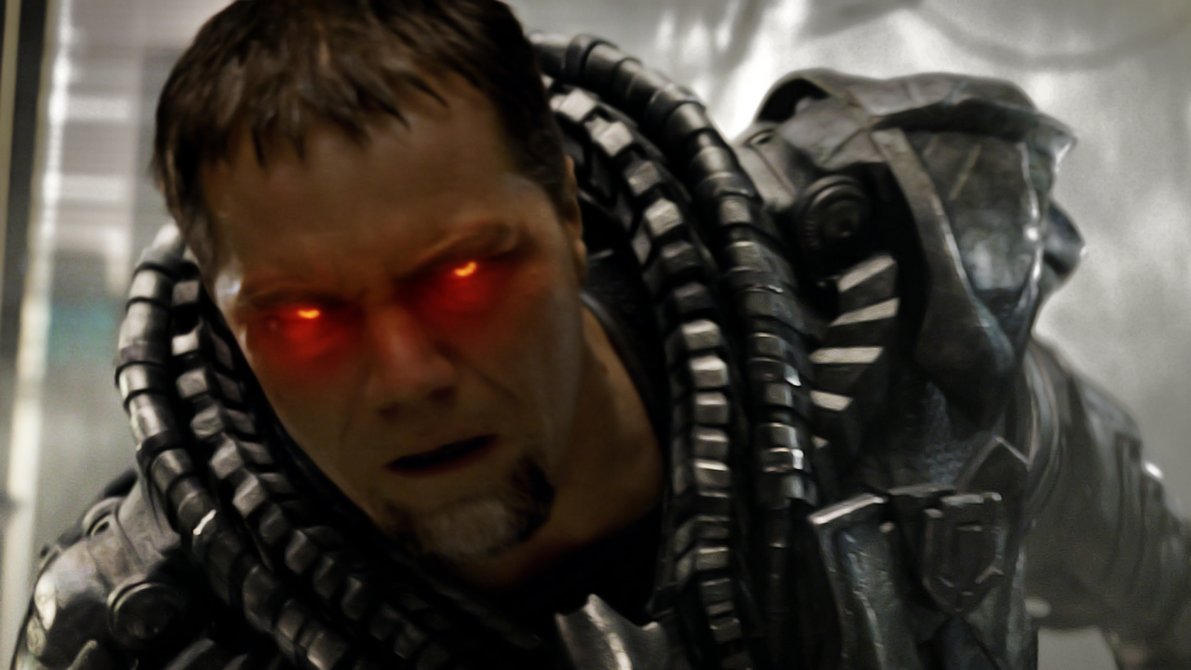 It’s not inconceivable to think that Zod could viably and meticulously capture every part of the universe, all he needs are powerful soldiers and reliable information. The man just garnered everything there is to know about the DC universe, and now he can begin to build his army to conquer the known realm of creation. It seems rather peculiar how Zod has become the main focus of the entire Green Lantern Corps story. Would it be impossible to see the General wearing a Green Lantern ring the cover to the comic suggested? Would that make the Kryptonian too overpowered if he is not still deemed to by the fandom? 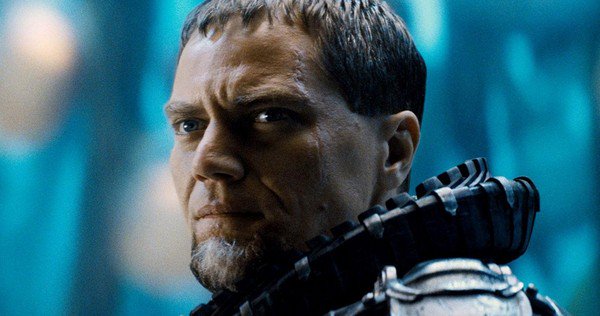 A Warrior who is given God-like powers when exposed to the rays of a yellow sun and this planet of Jakuulian people has two yellow sun’s. What more does a Kryptonian’s need, unlimited power, and reliable information, he can conquer the entire universe with the correct tactic. We have seen how essential strategy can be. After all, it is a strategy that has allowed Batman to beat Superman countless times.

Since Zod is now the ruler of Jekuul and commands the resource-rich planet’s entire populace, he has the manpower and the resources required to build all the weapons and a powerful army to back it up. Zod aims to conquer every known world in this Universe and expand his New Kryptonian Empire. And the Green Lanterns just helped him achieve that. 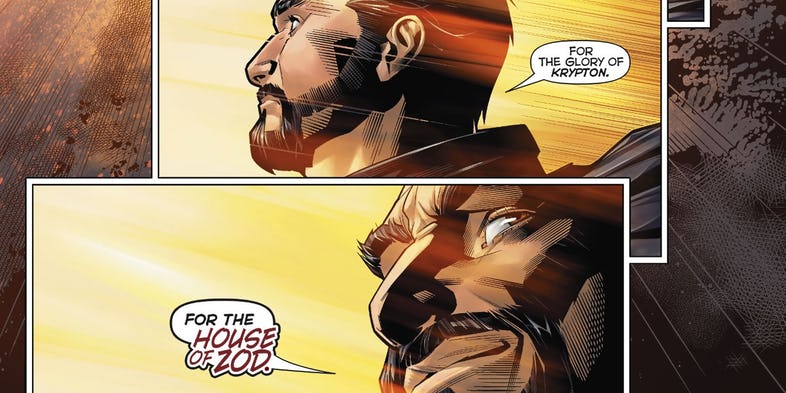 Zod’s Son once stated that every successful battle begins not with the fist, but with the mind. This is all the more applicable for Zod. Knowing is winning half the battle. Zod now knows everything there is to know about the Universe. He won’t just sit back and enjoy the show. He will soon make his move. 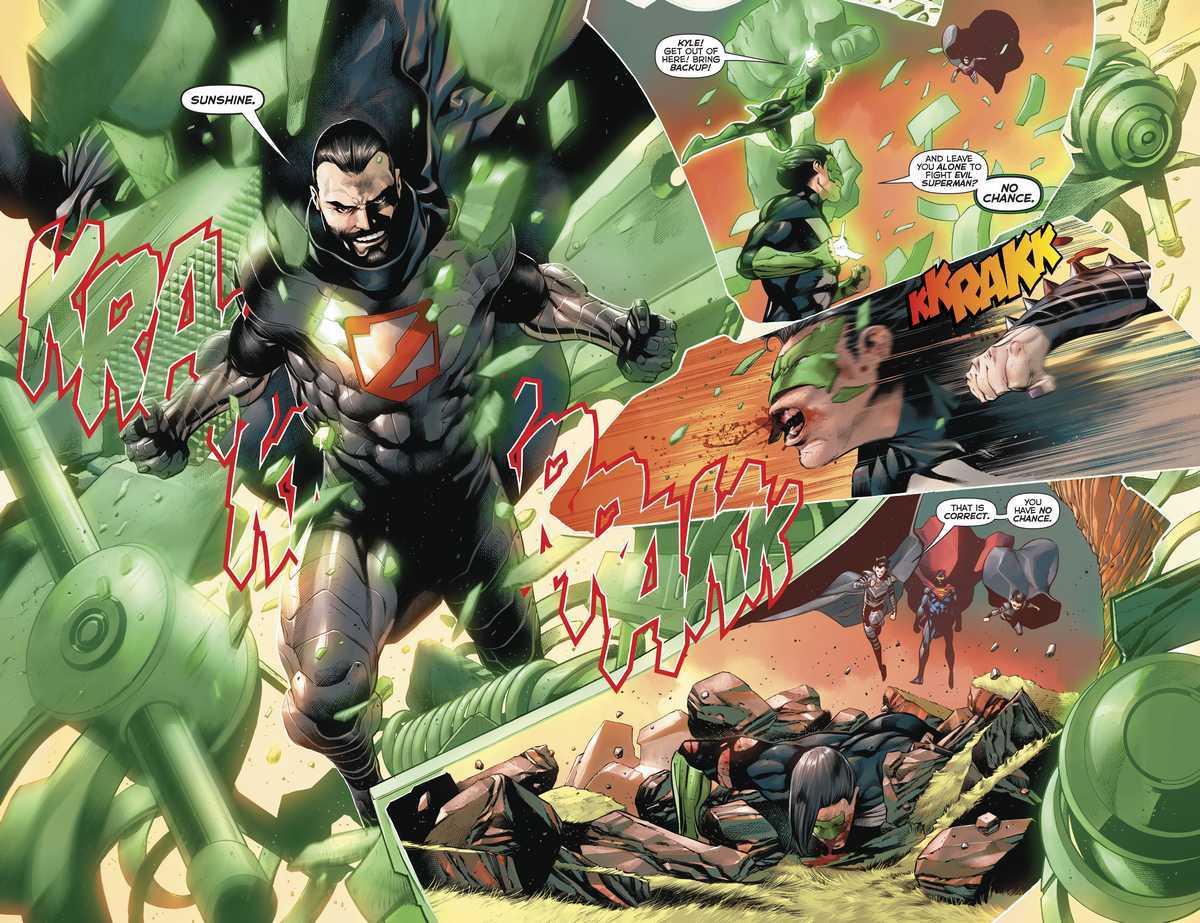 The Green Lanterns are currently in an uneasy ceasefire with Zod. Hal Jordan has ordered to double the number of patrols around Jekuul. The Man of Steel has also vowed to save the planet’s population from Zod. But can Superman and Green Lantern really stop Zod now? Or will the Kryptonian Juggernaut reign supreme??

Don’t Miss: DC Comics Update: Batman Will Be Betrayed And Killed By [SPOILER] 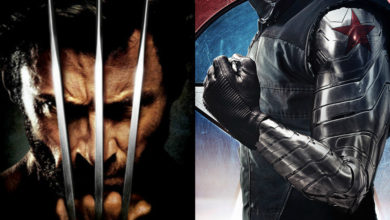 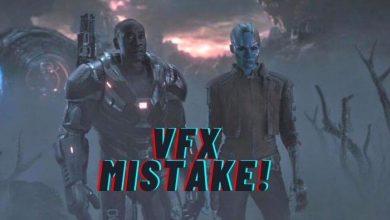