The Marvel Cinematic Universe is vast and amazing. Nobody would have thought before the advent of MCU that comic book genre could expand so much that all other genres are dwarfed in the face of superhero movies. This magnificent feat has been achieved by Marvel studios which made other major studios to take notice and build their own superhero universe to take a slice of the growing market. 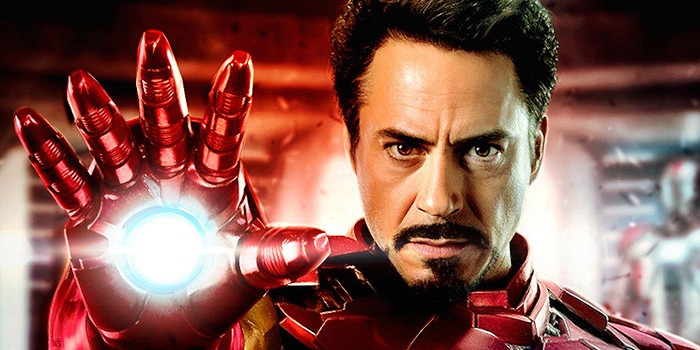 In the year 2008, Marvel kickstarted the universe with the release of Iron Man, a very unlikely choice given Iron Man’s stature as a comic-book character. But their gamble paid off in a big way and Iron Man became the harbinger of one of the most fascinating movie worlds that we have seen built in our lifetime. 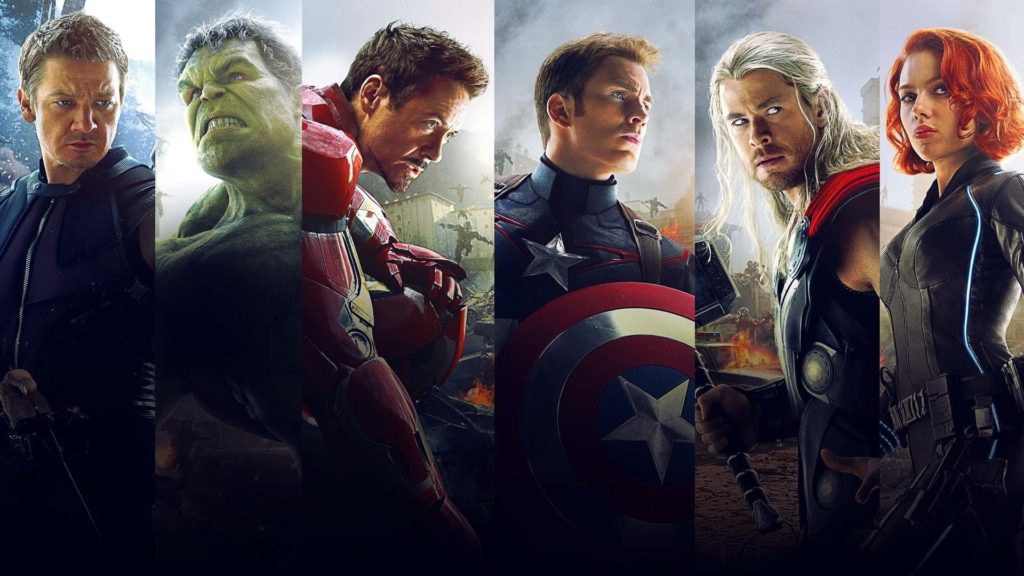 Till now there have been 18 Marvel movies spanning across three phases with our beloved superheroes and evil villains. The comic book event aka Infinity War is the natural culmination of everything that has happened in the MCU bringing closure to many unresolved storylines and plots. 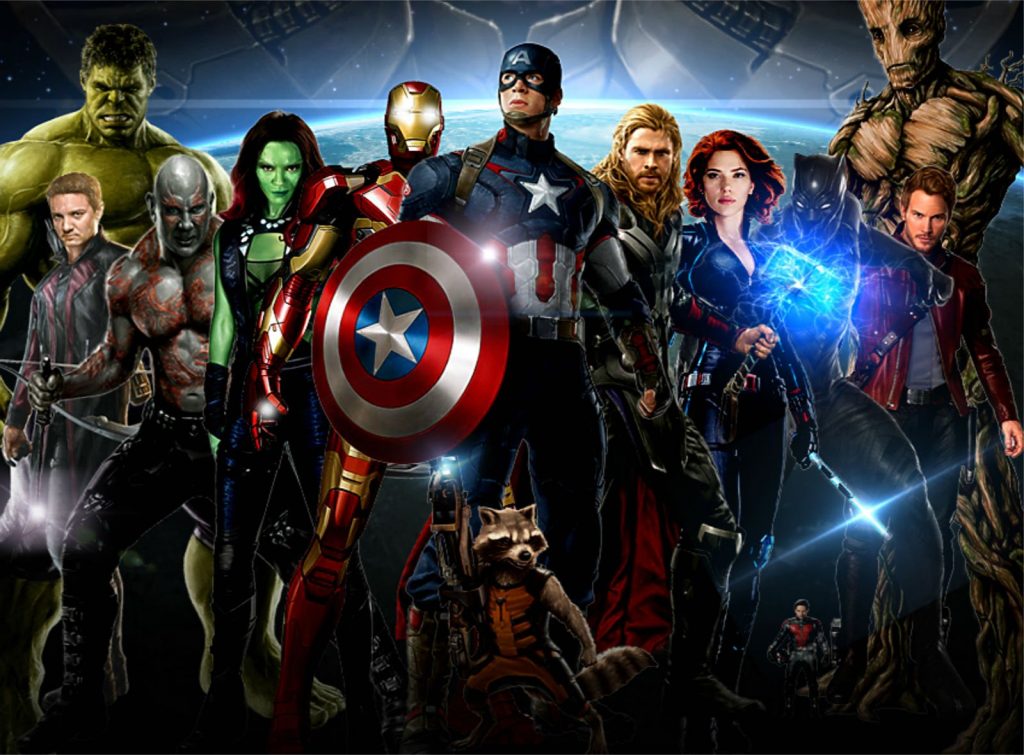 It is divided into two parts – Avengers Infinity War and Untitled Avengers 4. The studio claims that it is not possible for them to divulge the title as its a huge spoiler and they would reveal it at the opportune time. The first movie is from Team Avengers perspective and the second is from Thanos’ perspective. 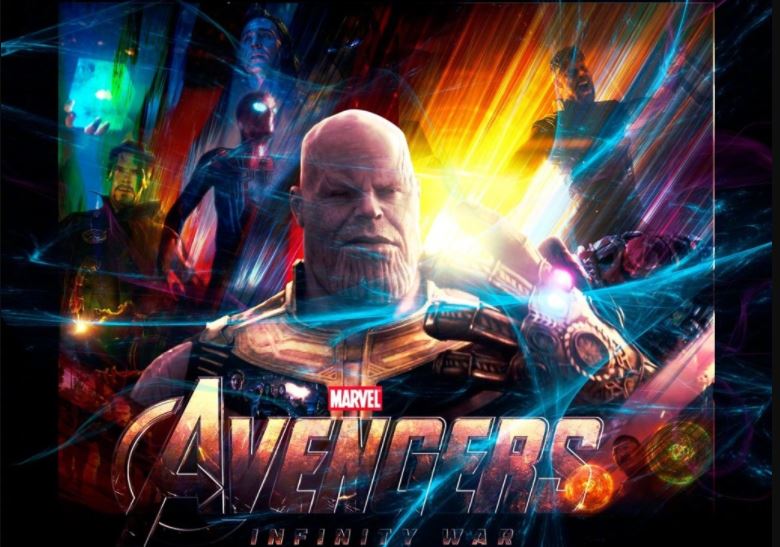 Marvel finally heard the cries of fans and released the first official trailer and buoy it totally owned the internet. Within 24 hours of trailer release on Youtube, it broke the all-time record of the maximum number of views online and if pundits are to be believed the movie is poised to become the highest box-office grossing movie in comic book genre and may even surpass Avatar collections if all the hype turns into footfalls in theaters.

For the first time, we will see the Mad Titan in action as till now he has only been teased in post-credits and his minions are doing his dirty work. This time he has taken a more direct approach and he will himself along with his Black Order will attack Earth in order to steal Infinity gems which he needs to assemble an all-powerful Infinity gauntlet which grants its user cosmic powers beyond imagination.

Here’s what the Collector said about the Infinity gems:

Recently, another Infinity War Trailer dropped in Superbowl and The New Iron Man Tech Is Awesome! They say you learn from your mistakes. They also say failures are your best teacher. Or was it experience?? I don’t know there have been too much of the sayings. We may be too thick to listen to what they say. 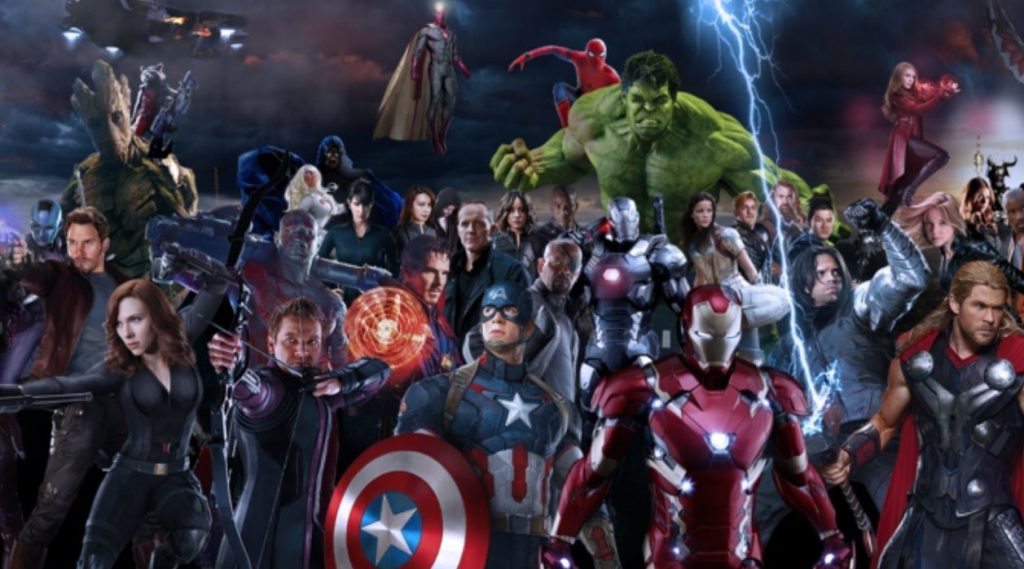 But we also are ‘normies’. We couldn’t differentiate between right and wrong, good and bad, how to kick ass or have our asses kicked, even if we wanted to. That is the domain of the superheroes. The Heroes are the ones who learn and adapt to save us from harm. If they fail, they try and try again. 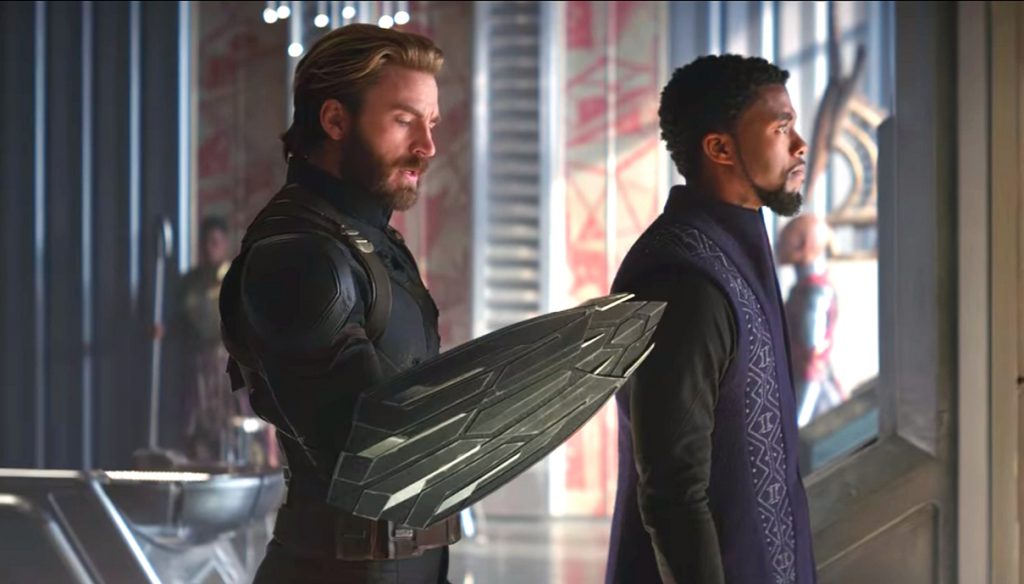 We see Cap’s new shield, Strange teaming up with Tony and Peter Parker, and other quite a few scenes that took our breath away. So far, there only have been two sets of trailers for Infinity War- the longer Official version released way back in November 2017 and the Super Bowl version released only a few days ago.

Both are equally awesome but it is the latter that reveals a great secret, one regarding Tony Stark’s Order of Battle against the Mad Titan Thanos.

Both trailers have been careful as to not reveal too much about the general storyline, but to err is indeed human. The second trailer does reveal (although unwittingly) several facts that only help corroborate past rumors and suspicions about Infinity War.

One amongst them was B.A.R.F aka Binary Augmented Retro Framing. The same tech makes it appearance in Captain America: Civil War where Tony sees a flashback from his past life – the last fateful conversation between him and his parents before both are killed by Bucky Barnes.

The B.A.R.F technology hijacks the Hippocampus of the brain, our thought center, and derives and deletes traumatic memories stored within it.

The new trailer shows Doctor Strange, Tony Stark and Peter Parker looking closely at something within one frame. If the B.A.R.F theory is indeed true, then the Civil War tech has been used again to recreate a classic scene from the official Infinity War trailer.

The scene we are talking about is the one where Loki hands over the Tesseract aka the Space Gem to Ebony Maw (probably) after Thanos’ ship encounters the Asgardian Refugee ship at the end of Thor: Ragnarok and launches an attack on the same.

The B.A.R.F technology was used to recreate the very scene by using Bruce Banner’s memories since he was also in the Sanctuary 2 ship along with Thor and Loki, and that is what we see in the Super Bowl trailer scene. The bluish glow of the Tesseract illuminating the faces of Strange, Tony and Peter is a testament to the fact that the theory may indeed be true. 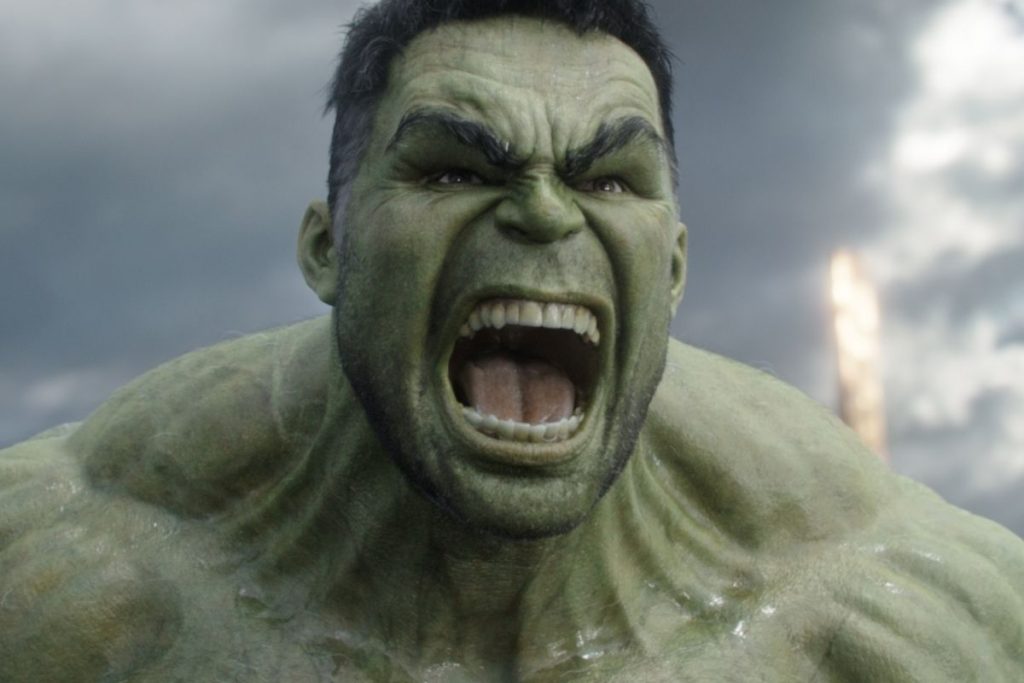 When Bruce Banner turns into the raging green giant, he has absolutely no memory of what happens next. It is right there inside his brain but he cannot access his Hulk memories. This is where B.A.R.F comes into play. It could help Bruce retrace back his steps to the scene of Sanctuary 2 and show the heroes who and what they are dealing with. 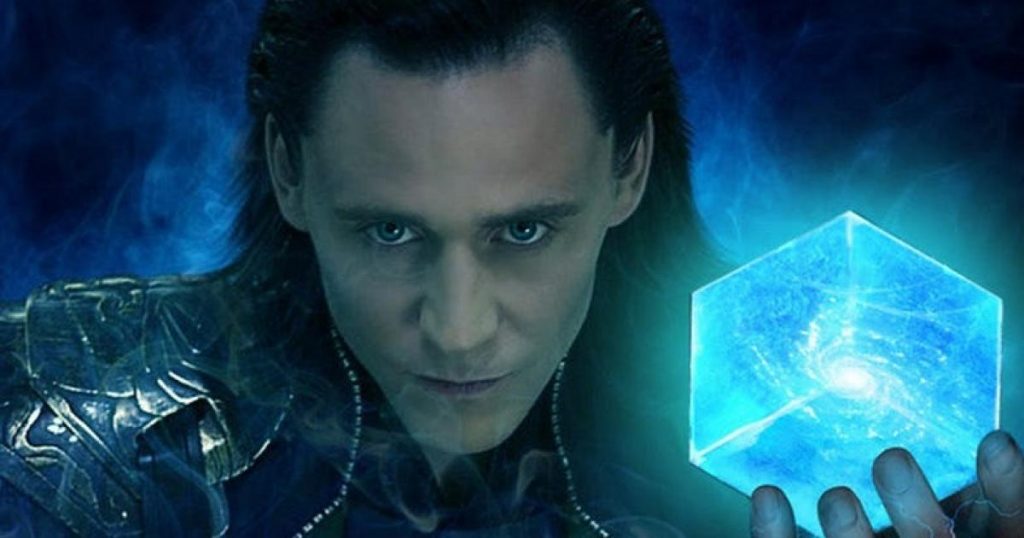 So the Loki handing the Tesseract to the bad guys must be a flashback if this theory is true. Considering Peter is already wearing his Iron Spider costume, we are led to believe that Thanos has already arrived on Earth. The heroes are trying to figure out how and why.

Till now, Marvel Studios has officially released three different synopsis for the movie. Read them below:

Avengers: Infinity War will release on May 4th, 2018. The movie is directed by Russo brothers and produced by Kevin Feige. Stan Lee, Louis D’Esposito, Victoria Alonso, Michael Grillo are the executive producers. The screenplay is written by Christopher Markus and Stephen McFeely. Get ready for the ultimate thrill ride.

Don’t Miss: Deadpool 2: The First Teaser Takes A Jab At Superman And Thanos 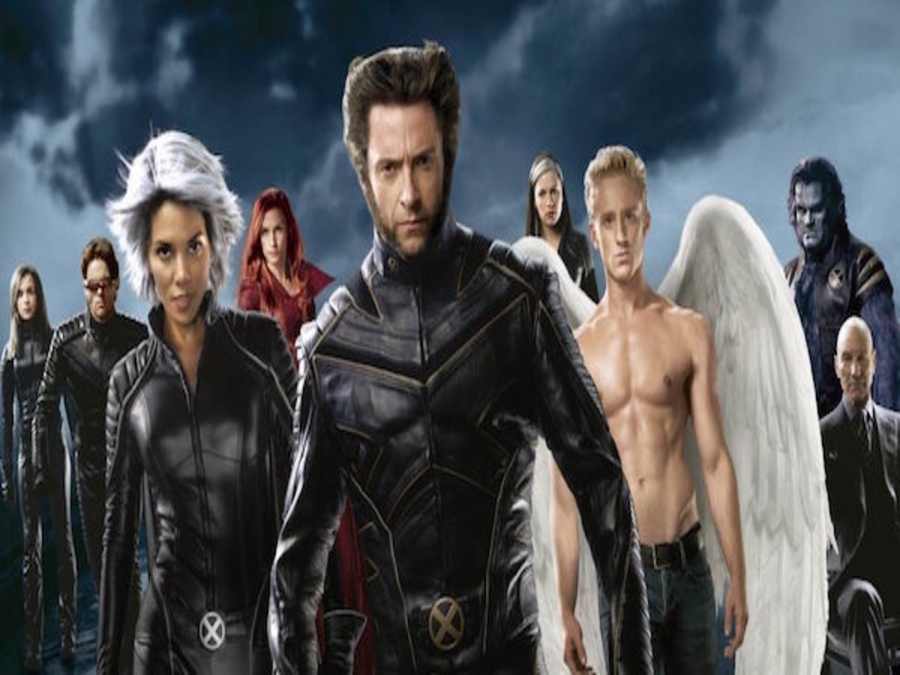 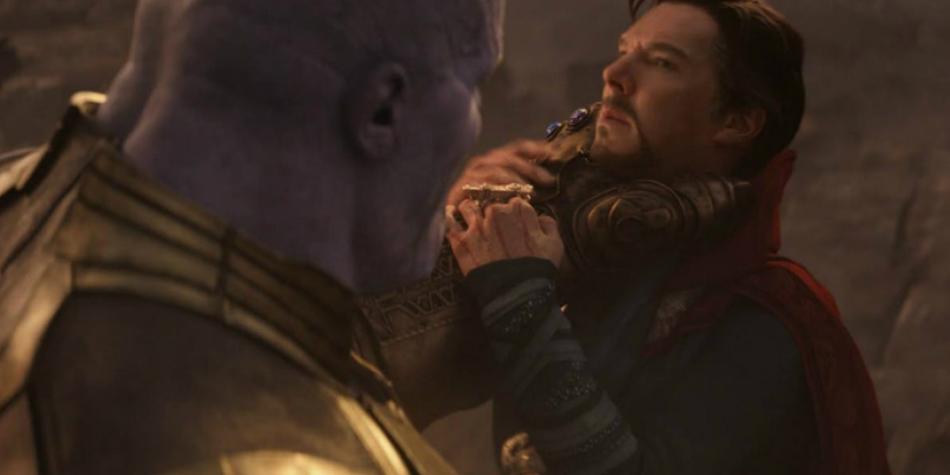 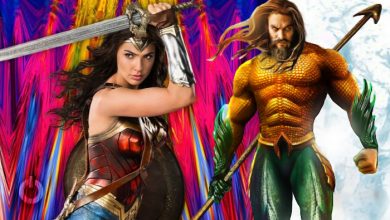 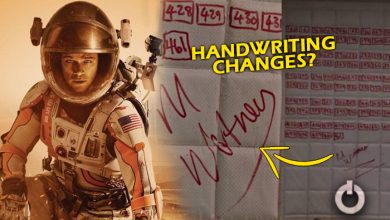