The Arrowverse is vast, interesting and unique. Fans have grown to love The CW’s shared superhero universe. But it has its own set of flaws. Fans love the Arrowverse but the flaws within are piling up and becoming so glaring that it is becoming increasingly hard to ignore.

Metahuman Prison of The Flash 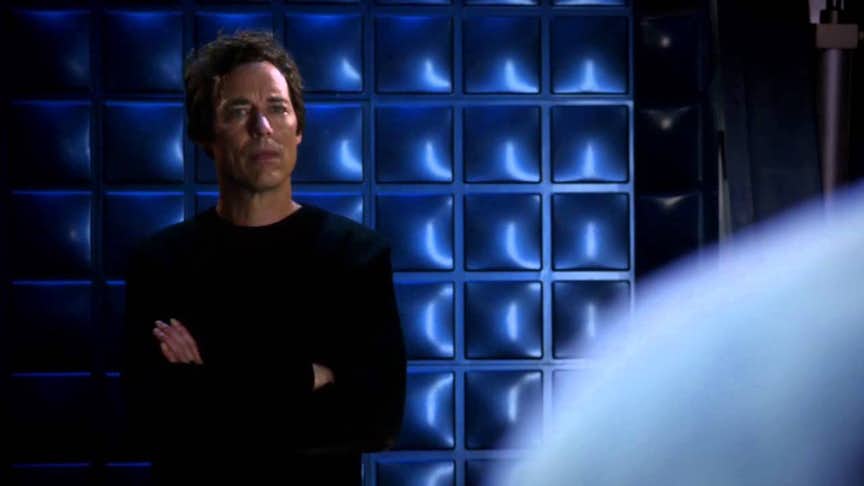 It has been generally established that ARGUS and Blackgate have been equipped to handle Metahuman threats. Then why is Team Flash still using the particle accelerator as a makeshift incarceration zone?? Moreover, the cells are nothing but a big cube with internal padding. 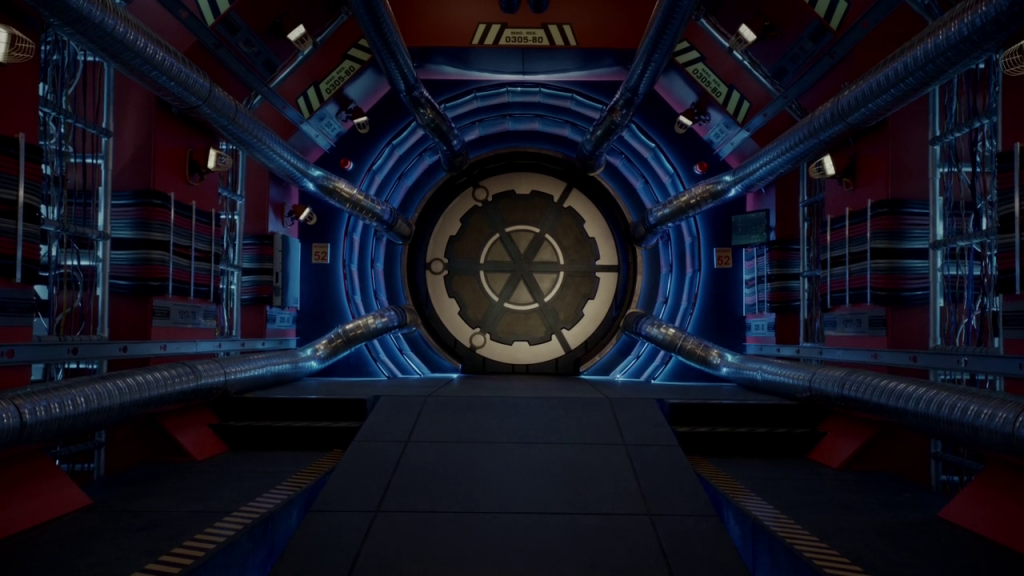 There are no toilet provisions or no way that the prisoners could get food. The show has never explained how they are able to keep so many metas in a prison which supposedly is resistant to all kinds of superpowers. If Team Flash is so brilliant, why do they struggle so much when they encounter a slightly difficult enemy to deal with.

Vandal Savage returning back to Life 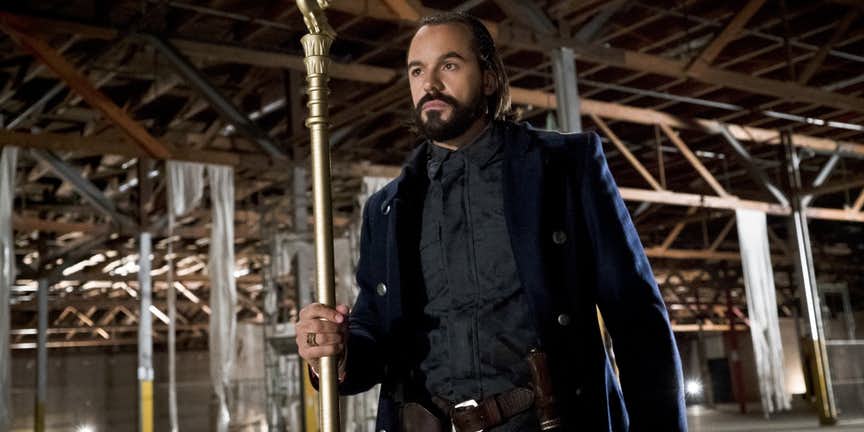 During the second crossover between the Arrow and the Flash, we are introduced to a new threat to the Arrowverse. Vandal Savage is an immortal warrior that used years of experience to killing the good guys until Barry runs back in time and helps save everyone. 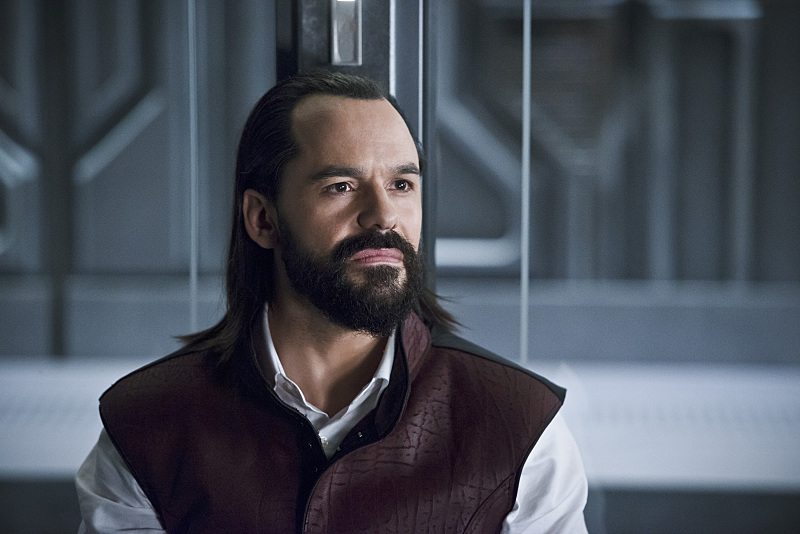 Vandal is literally turned to dust but Malcolm then performs a ritual that revives him. But why did Malcolm do it? It is never explained why. The CW shows have this tendency to leave the plot-point in the lurch instead of taking it to the logical conclusion. It’s increasingly getting annoying to the point of fans calling for keeping their brains on the shelf while viewing Arrowverse shows. 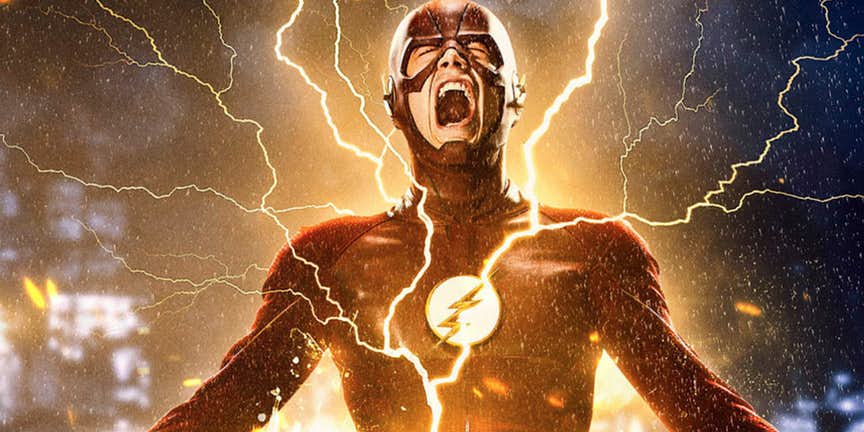 The show-runners called it Flashpoint but it was anything but. In the comics, the Flashpoint had permanent, long-lasting consequences for the world. For instance, Bruce Wayne got shot instead of Thomas Wayne who becomes the Batman, Aquaman and Wonder Woman are two competing warlords fighting with each other and Martha Wayne becomes evil. The one in the Arrowverse was nothing but fan service. 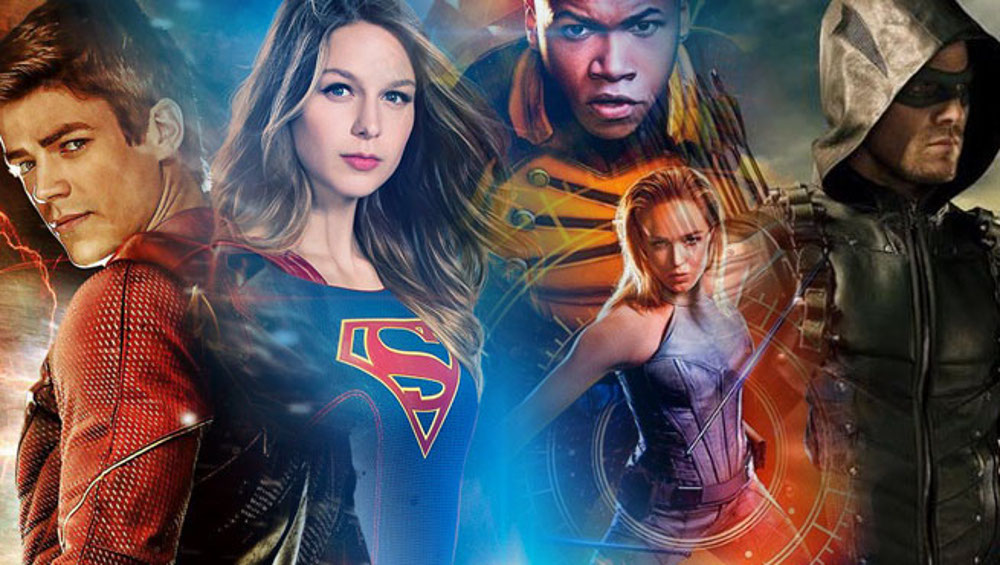 The original plot only lasted for one episode and most of the things that were affected (barring Caitlin) returned back to normal. It was a big opportunity for DC to take Arrowverse to the whole new level but they decided to miss it by a long shot.

Savitar called himself the God of Speed. He literally rubbed the floor with Barry’s face in Combat. But Savitar then revealed himself as a future version of Barry Allen. And for him to become Savitar, Iris must die so that Barry does the time remnant thing to create Savitar in the first place.

But even after Iris was saved, the time loop that creates Savitar keeps running which means Savitar still exists at another time in the Arrowverse. But let’s not ask legitimate questions as show-makers find us pesky little children who don’t know their shit. But the truth is Flash comic-book lovers feels dissatisfied with all the plot holes and weak links. 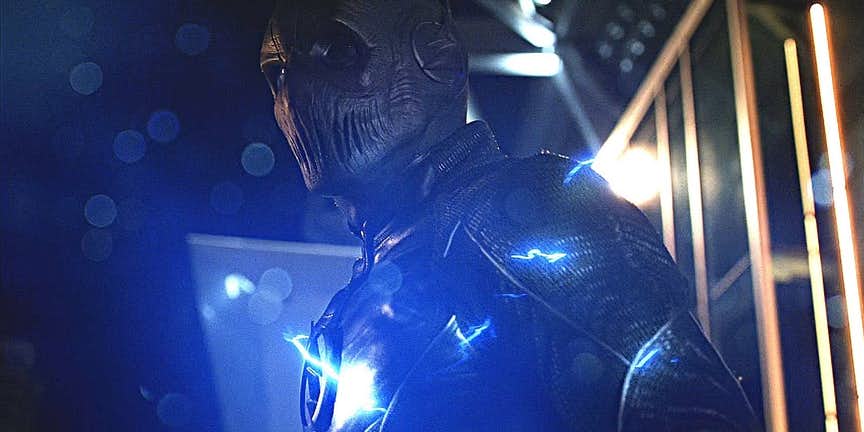 The Zoom Reveal actually was a big bad surprise. Jay Garrick was helping Team Flash nab the bad guys and stop Zoom until they found out he was Zoom in the first place. But how was he at two places at the same time?

The answer is time remnants. A Past Version and Future version worked together to create the illusion. But when Zoom killed the past version of himself, shouldn’t the future version also be wiped out from existence. The show never resolved this mystery and just ended Zoom’s storyline by showing that time wraiths took him as he messed with the timeline and his face turned eerily horrifying which reminded us of the Black Flash. 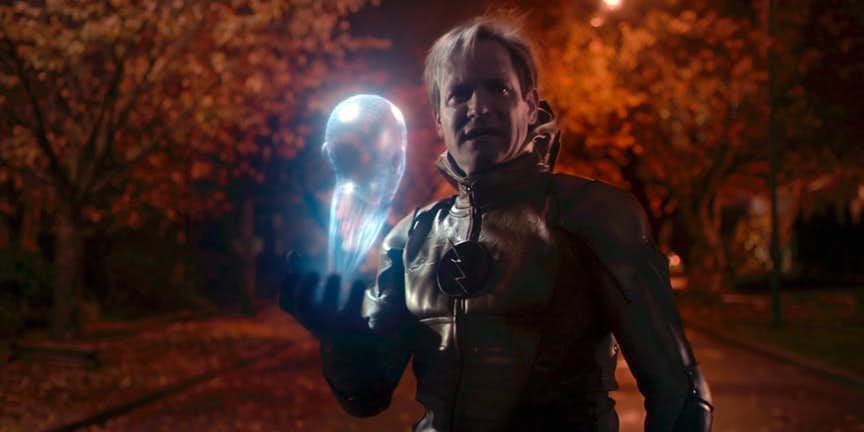 Eobard Thawne is Barry’s enemy number one from the future. He is the Flash’s arch-rival who almost wiped Barry out of existence until Eobard’s ancestor killed himself, in turn wiping Eobard out of existence. 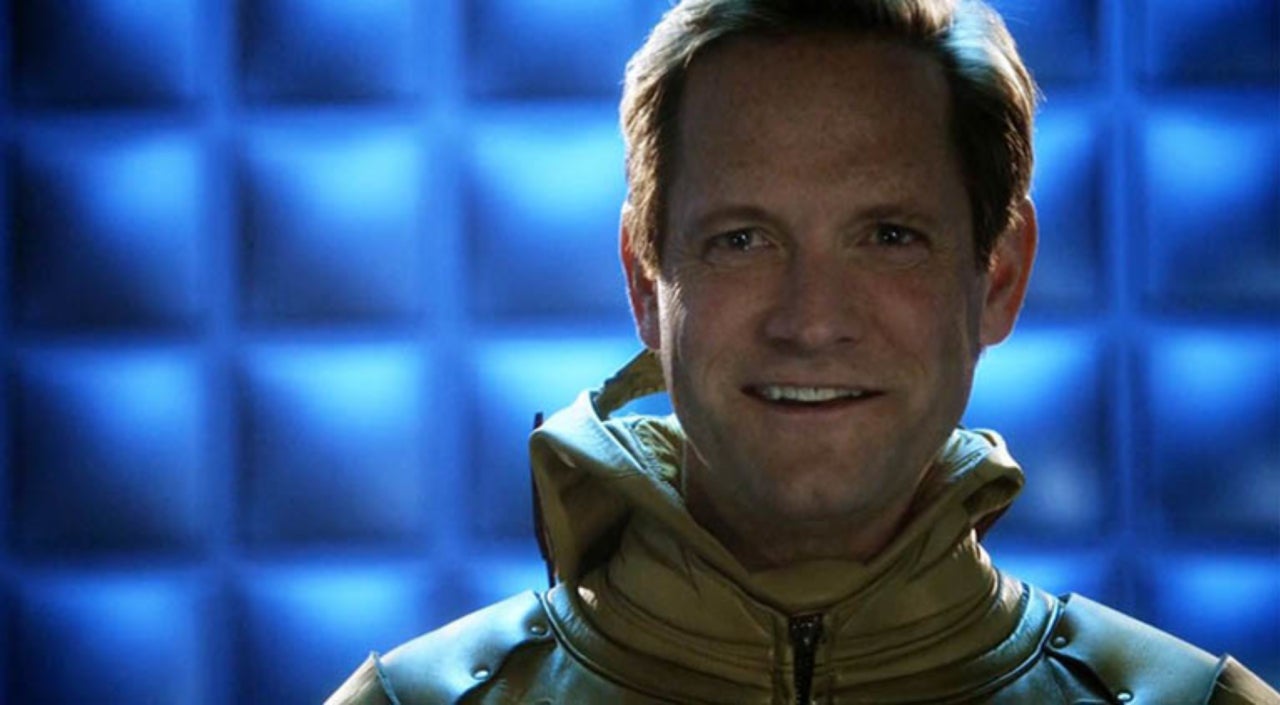 But if Eobard never existed, then how did Barry’s mother die? And if Eobard is indeed gone, then why was he in Legends season 2? In Legends of Tomorrow, he had acquired ‘spear of destiny’, a powerful artifact which allows the user to literally reshape time and space. But he failed to activate the weapon which would have wiped the slate clean. The Arrowverse definitely owe an explanation to this. 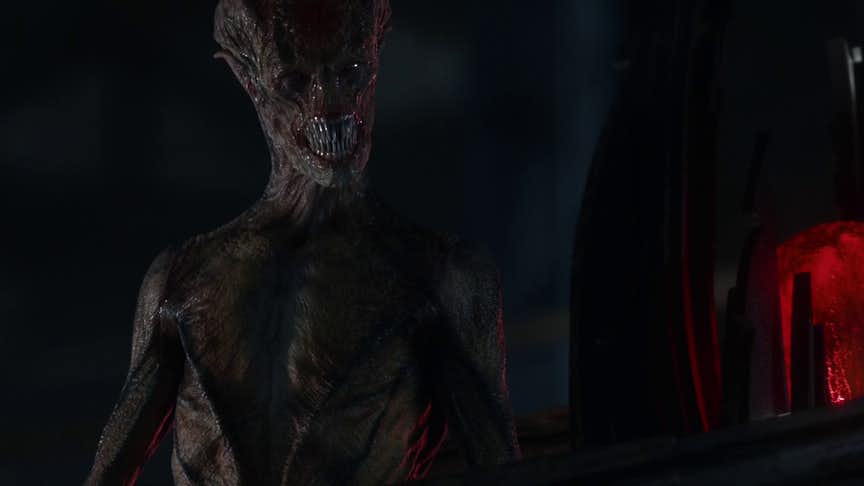 The reason that the Dominators invaded Earth was that they realized that after Flashpoint, humanity had too much power. If a human could change the very fabric of reality, then they must be dispatched before they do permanent damage. Dominators ‘detected’ Flashpoint and thus targeted Earth.

But since, Dominators were also part of the reality that was Flashpoint, how did they notice the difference? Also, post Flashpoint how is dominator matrix functioning the way Dominators intended to at the first place. Again, without a good explanation, the Arrowverse rolled over.

Many don’t know but in the comics, Vigilante’s real identity is Adrian Chase – the guy who is Prometheus in the comic books. The writers wanted to just catch the fans off guard but they did much more than that. 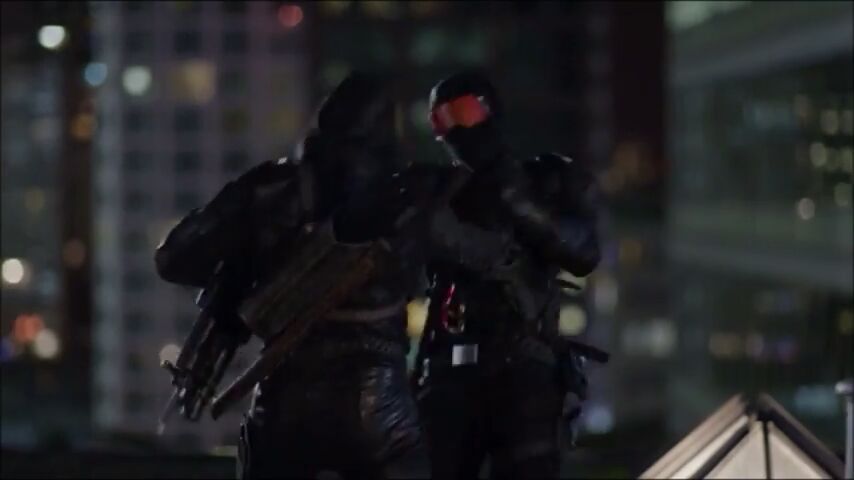 Vigilante surfaced several times in season 5 only till Prometheus came to the scene. Vigilante then fell off a roof and wasn’t heard off again until Season 6. It was quite convenient and mysterious at the same time. Incredible Timing… Bravo 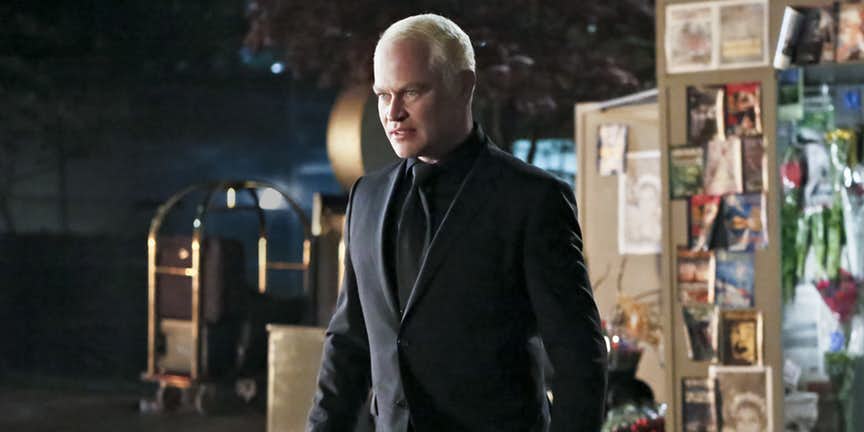 Season 4 of The Arrow had taken heavy cues from The Dark Knight Rises but failed to materialize it into a believable climax. First of all, the Ghosts are highly trained soldiers with guns. 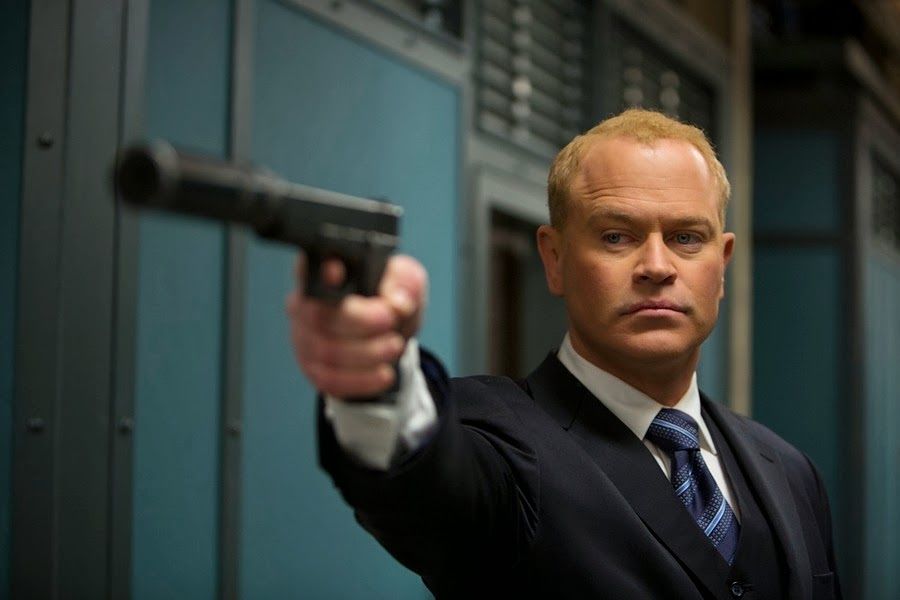 Why did not they use their firearms against a completely unarmed opposition? If Star City was being laid to waste, why did they stay complacent and not participate in ruining it?? They all just vanished without giving a fight. And the way Green Arrow killed Darhk with a single arrow was so painfully shocking that no one in the right mind could believe it. If it was so easy to defeat him, what was the whole season about. By the way where did all those hundreds of missiles land which were set off by Darhk?This was a blunder who forced the makers to go back to the table and placate the fans in the next season. Well, they did it with Prometheus. 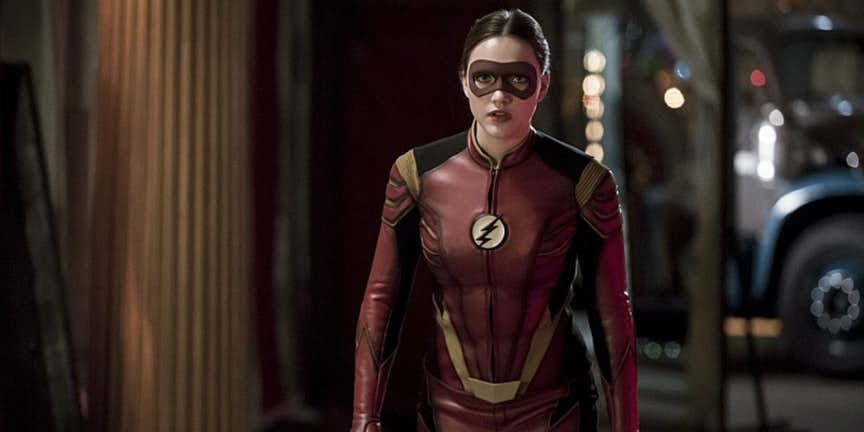 When Wally is pushed into the Speed Force by Savitar, Jesse pursues the God of Speed out of vengeance and regret. She engages Savitar but is easily subdued. Savitar claims he has big plans for her and leaves her alive.

But what were those plans? We will never know as Savitar is now dead and the writers seem to have completely forgotten about Jesse Quick. She was taken for granted completely by the writers and show-makers and her incredible back-story was never even touched. She is one of the most powerful speedsters in DC comics. She is the daughter of Golden age superheroes – Johnny Quick and Liberty Belle. She gains her super-speed powers through a special formula and she can fly too.

Don’t Miss: 10 Reasons DC’s Legends of Tomorrow Is Much Better Than The Flash 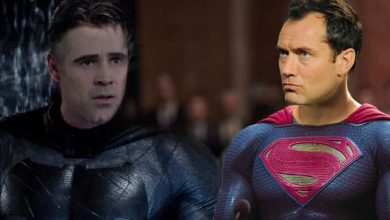 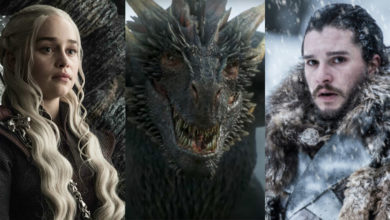