Steve Rogers aka Captain America used to be a frail young man with a high sense of justice and patriotism. Then World War 2 happened. Nazi Germany was on a rampage across Europe, pillaging country after country for its own distorted vision of Aryan perfection. The Allies seemed powerless to stop the Third Reich’s war machine. The German juggernaut seemed unstoppable until a frail old doctor with the recipe for making the most perfect soldier crossed German Borders to defect to the West. Abraham Erskine had a trick up his sleeve. He could give the Allies just what they needed. He could give the good guys not just a soldier, but a Super Soldier.

Steve Rogers was selected to play the lab rat in the Allied experiment under Erskine’s supervision. With a mixture of the Super Soldier Serum and a balanced dosage of stabilizing Vita-Rays, Steve Rogers was turned from a weak and meek fellow with absolutely next to nothing for muscle mass into a hulking figure and the perfect human specimen. He was no longer the Steve Rogers that got rejected from enlistment more than the number of fingers in one’s hands that everyone knew. He became Captain America, a guy with Peak Physical attributes and the Allies’ greatest weapon against the Nazis and the nefarious organization of Hydra.

But many do not know a simple but extremely intriguing myth – Captain America wasn’t originally named Captain America. He was called something else entirely. Was this true? What was Cap called before he was called Cap? Does this myth even hold water?!? 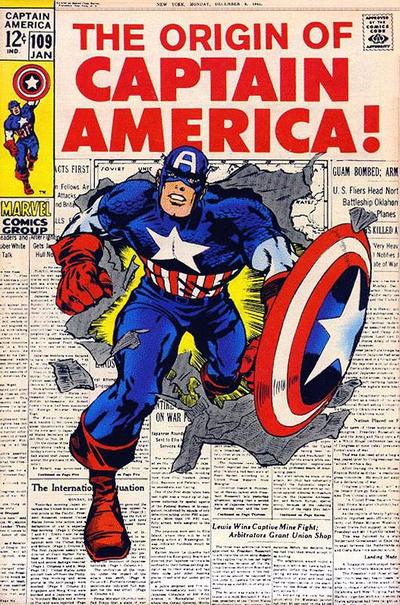 Believe it or not, it actually does. The myth about Captain America having an entirely different name initially is true. The 1940’s were a tough time to be a comic book artist. Not because there wasn’t any work. It was because there was too much work. People wanted more and more of superheroes to the extent that the artists did not have enough ink to draw them. Joe Simon was one of the top artists of that era. He paired up with Jack Kirby, another up and coming artist of that time to draw the concept art for Captain America, the Super Soldier.

Their plan worked and Cap became famous. But remember the thing about the 1940’s being a tough time for artists? It was because every time a publication published something unique, there were at least five other houses who would copy it and launch their own bootleg version of the original superhero.

Archie Comics’ The Shield was one of the earliest attempts at the ‘patriotic superhero’. As hard as it is to believe Captain America is a bootleg version of The Shield. 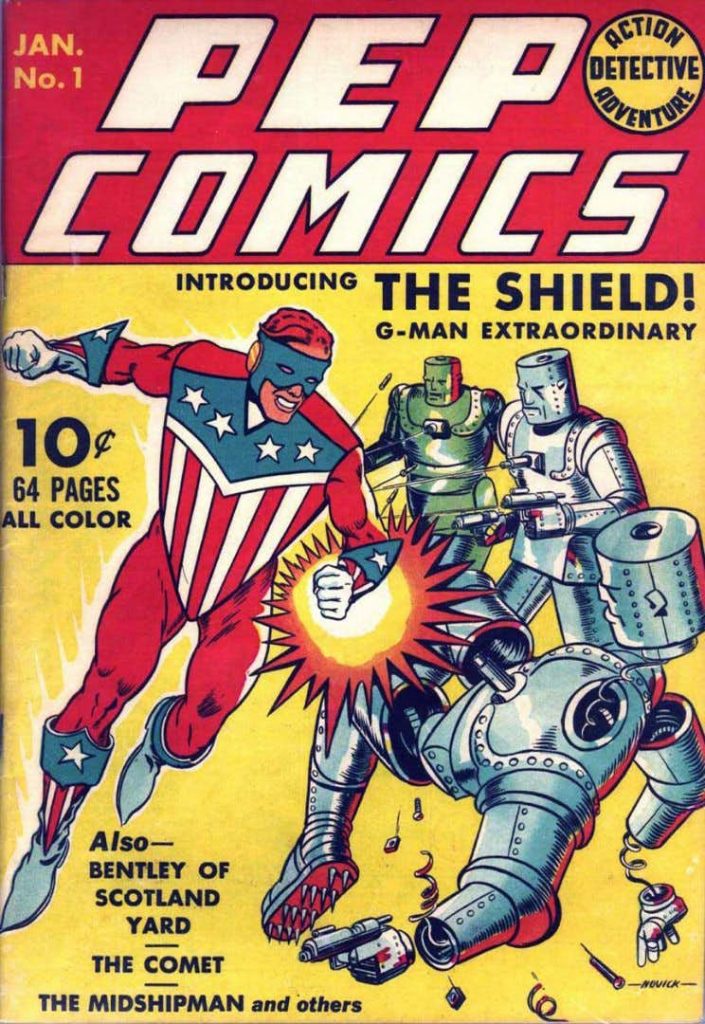 Joe Simon was basically a content writer but he was also an artist. He did leave most of the drawing work to Kirby but he drew some of the original sketches for the Captain too. It was on one of his talks with Kirby that he revealed the original name that he had planned for their character. 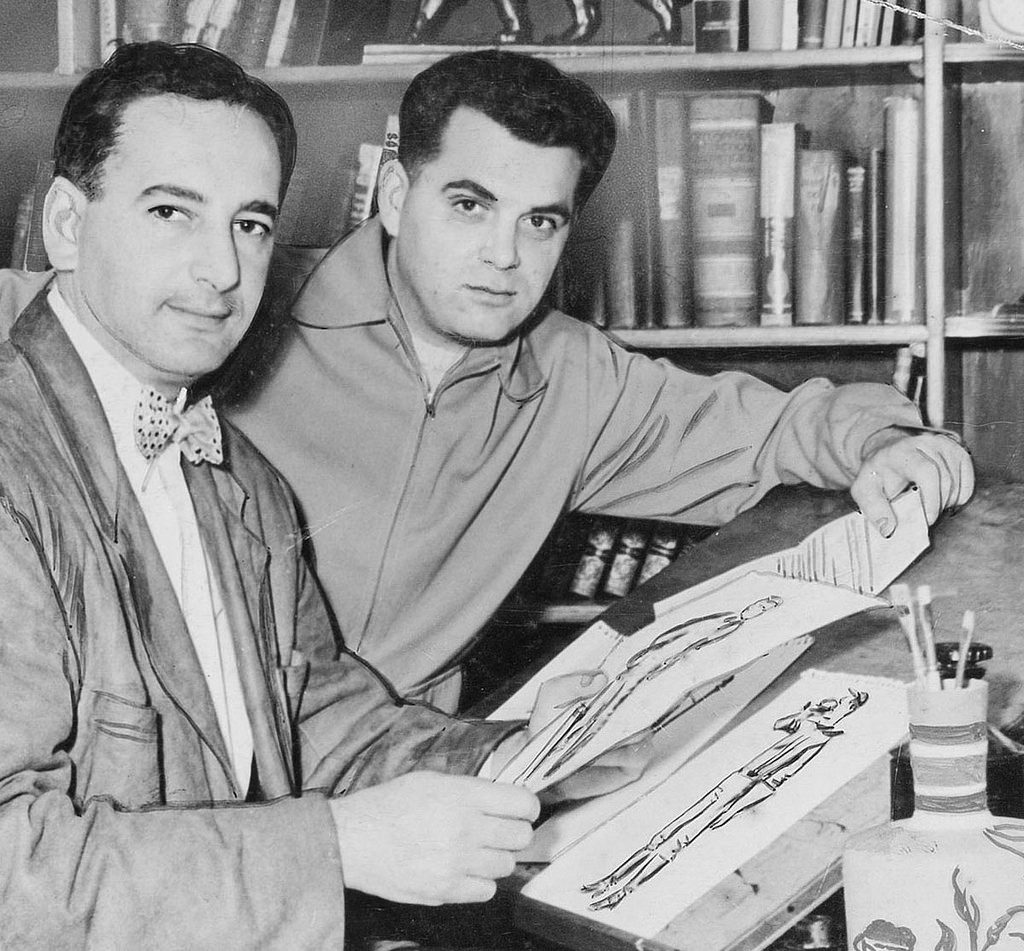 Joe Simon and Jack Kirby were going to name his invention – The Super- American!!!

“I wrote the name ‘Super American’ at the bottom of the page,” but he then reconsidered, noting, “No, it didn’t work. There were too many ‘Supers’ around. ‘Captain America’ had a good sound to it. There weren’t a lot of captains in comics. It was as easy as that.” 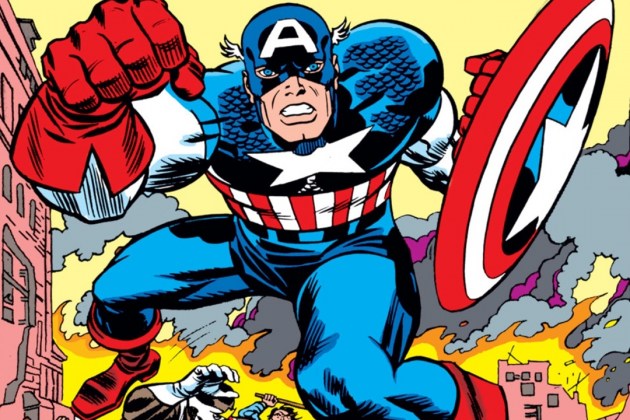 And that is how the name did not stick. Thankfully, Kirby had more sense to ditch that name coz it sounded a bit too stupid. There were also already many superheroes with the word ‘Super’ in their name flying around. They could not have afforded to have made their character sound so monotonous and generic. And thus they settled for Captain America! 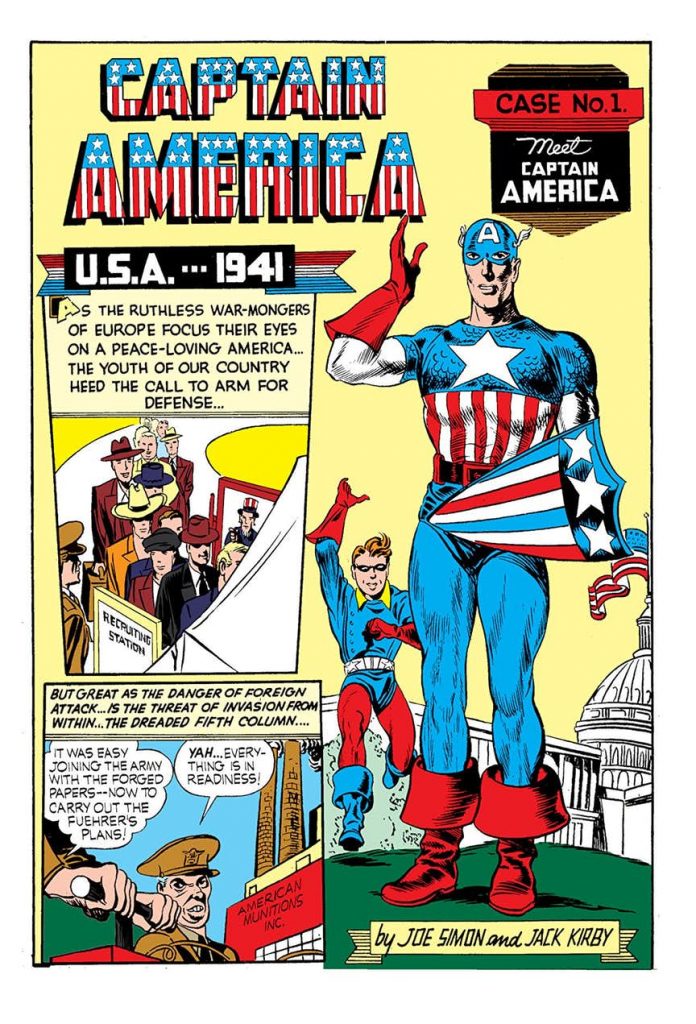 The word Captain found its way to the character because of the fact that another famous superhero of that time Captain Marvel (now a DC Property), was extremely popular with all ranges of demographics. So they banked on another superhero’s popularity to make their own creation stand out.

Unsurprisingly, another superhero with the name ‘Super American’ did pop out 6 months later. 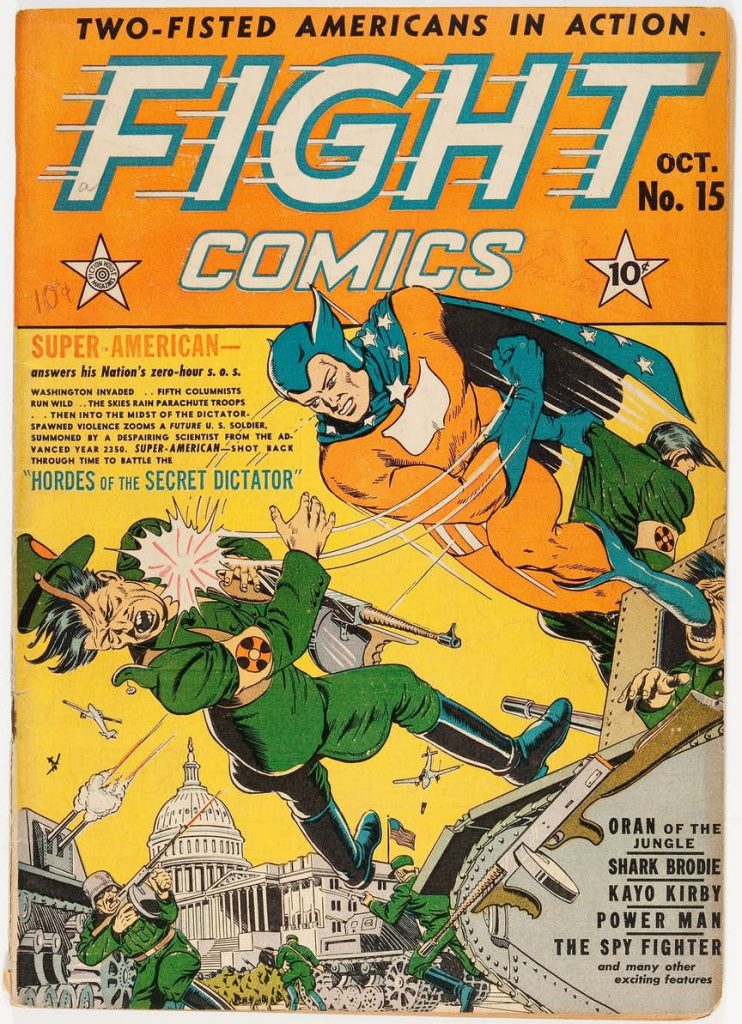 So if you love Captain America, thank Kirby. For without him, it would definitely have been the Super American who would have punched Hitler in the face. 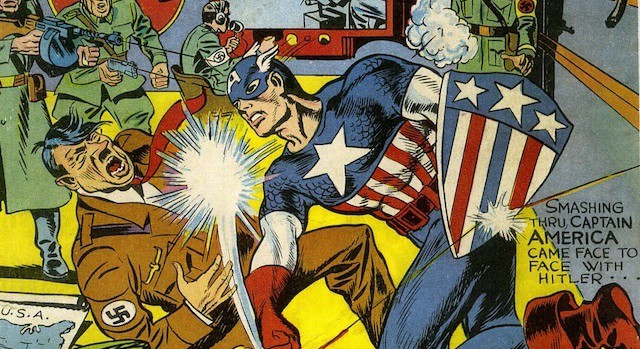 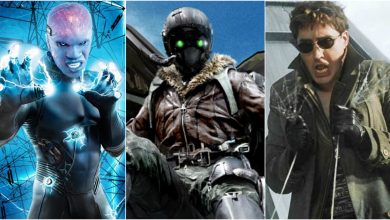 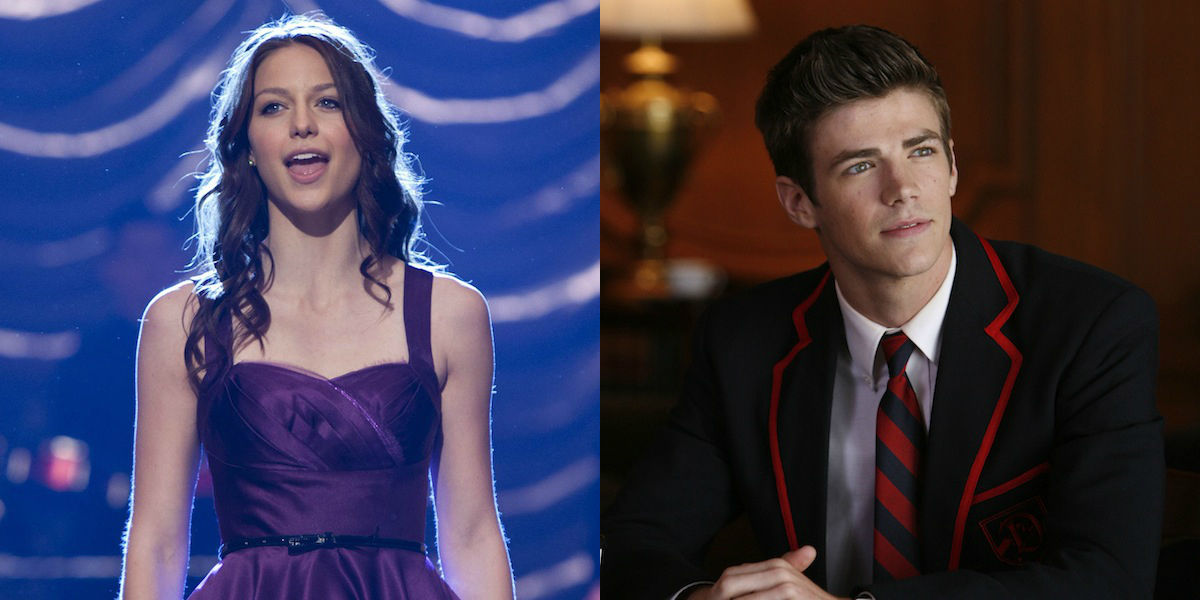 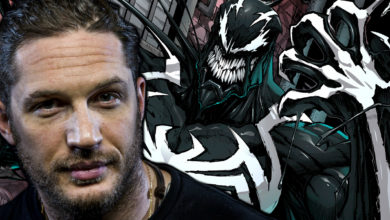 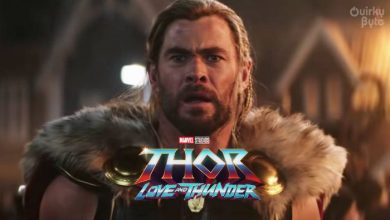