Voldemort is undoubtedly one of the most iconic villains in the history of literature. He is feared by most and has a past that is so interesting that it makes him fascinating. Voldemort is power hungry but that is not the only thing he is. He craves greatness and immortality and has achieved so much in the field of magic that he can give any great wizard a run for their money. Yet there are things about Voldemort that sometimes make no sense and make him even more interesting to us as a character.

In almost every book and movie in the series, we see that the attack from Voldemort happens at the end of the school year. The reason for this is never explained but Voldemort definitely follows the Hogwarts timetable and never interrupts with Harry’s studying and assignments. He may be a villain but he cares about education!

Why didn’t he attach himself to another human body? 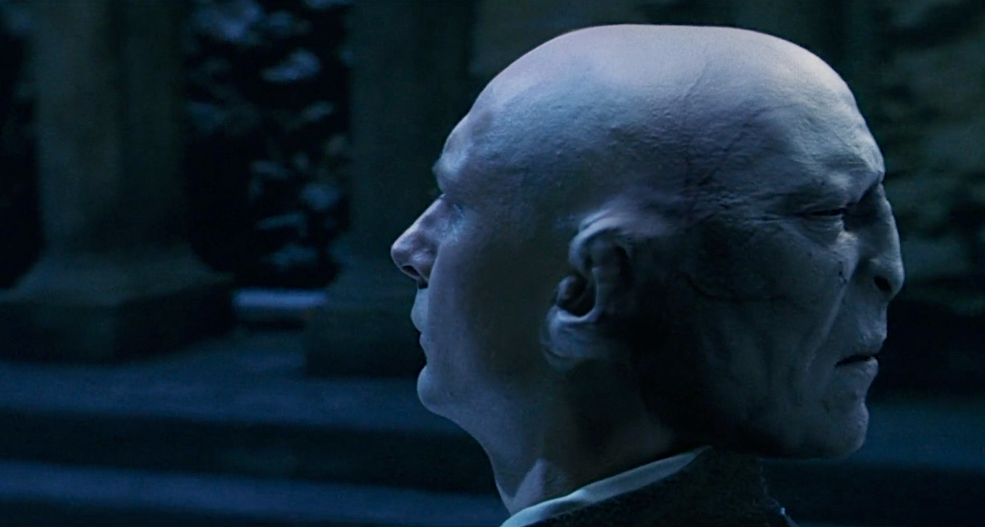 In the first book, Voldemort uses Quirrell’s body as a host to carry out his task of killing Harry. At the end of the book, Quirrell’s body is destroyed by Harry with the help of the philosopher’s stone and Voldemort escapes. Why doesn’t he find someone stronger to attach to and influence? It would have given him a semblance of human form to survive which could have been better than Nagini.

He was a kleptomaniac:

It is not hard to believe that a villain like Voldemort could steal things easily but what is interesting is that he was a kleptomaniac much before he became the dark lord. As a child, Tom stole things from other kids at his orphanage all the time and even tortured them. His knack for stealing grew later when he started collecting objects to turn into Horcruxes.

What is his relationship with Bellatrix? 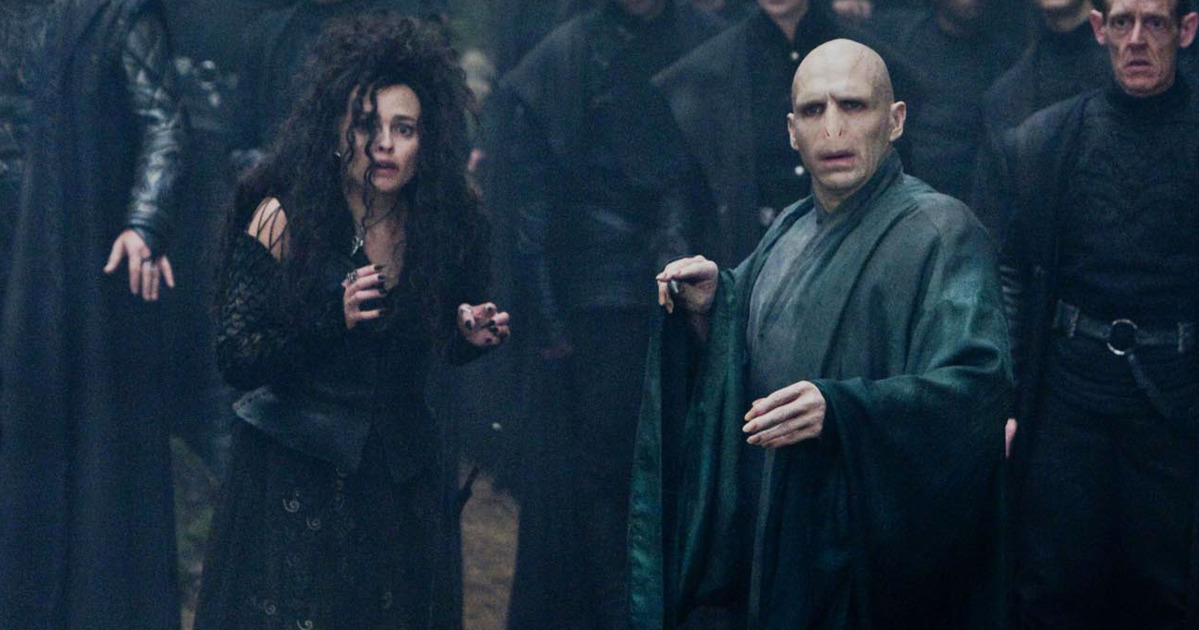 Bellatrix has been devoted to Voldemort throughout the series and can do anything for him. Those who haven’t read the books don’t even know that Bella was married to Rodolphus Lestrange because she doesn’t even mention him. Her obsession with Voldemort is clear in her actions but what does Voldemort consider her? Is she just a devoted follower? We now know that Voldemort and Bellatrix had a child together who turns out to be as evil as them and it complicates their relationship even further. 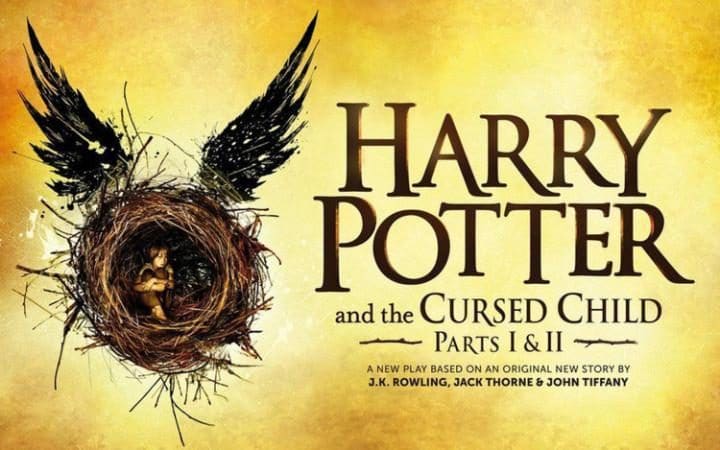 If you have read this sequel book/play then you would know that Voldemort had a secret child before the battle of Hogwarts happened. He had this child as a backup so that if he died this child could bring him back and fulfill some prophecy. This just shows how Voldemort was the most insecure person on the planet as even after making all those Horcruxes he needed a backup. Delphini is as messed up as her person and has a stupid plan to mess up the timelines and bring her father back. 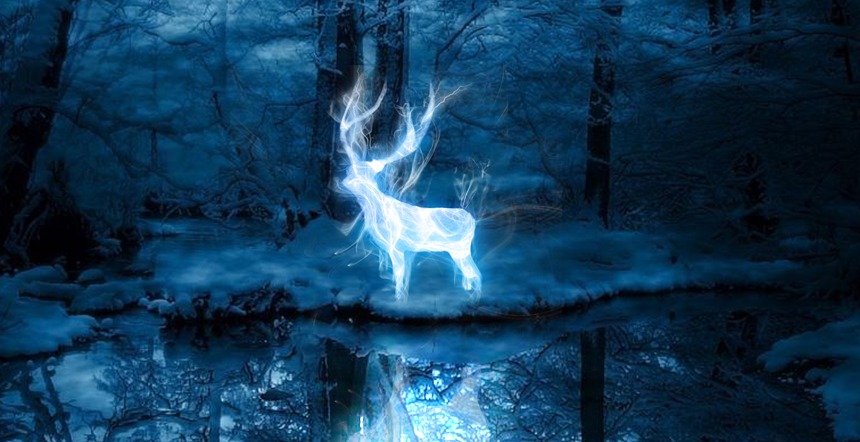 This fact applies to most death eaters and the dark lord himself. A Patronus is a manifestation of positive energy that protects you in the form of an animal which acts as a shield against dementors. Voldemort cannot conjure a Patronus and would not even need one because Voldemort had dementors fighting on his side and was an ally to them. Also, the creation of a powerful positive force would not be possible for him.

Why didn’t Dumbledore stop him earlier? 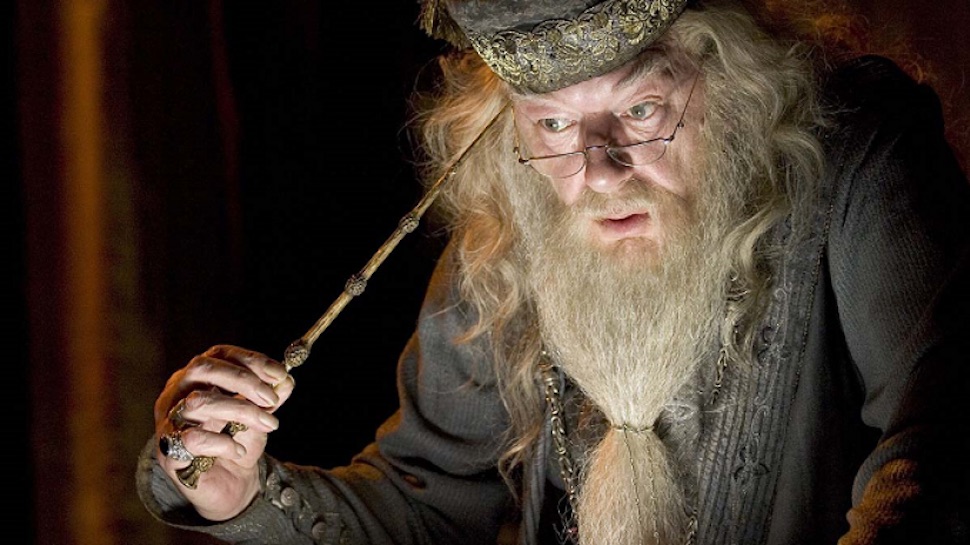 When Voldemort was a 10, Dumbledore who was a transfiguration teacher at Hogwarts then visited him in his orphanage and brought him to Hogwarts. Dumbledore always knew Tom was different and had an evil streak in him. Even though Tom was good at playing the good student but Dumbledore is a good judge of character and still it took him a long time to take an action. It is almost like Dumbledore did not want to accept at first how evil Tom could become and when he did it was too late.

His obsession with becoming a school teacher: 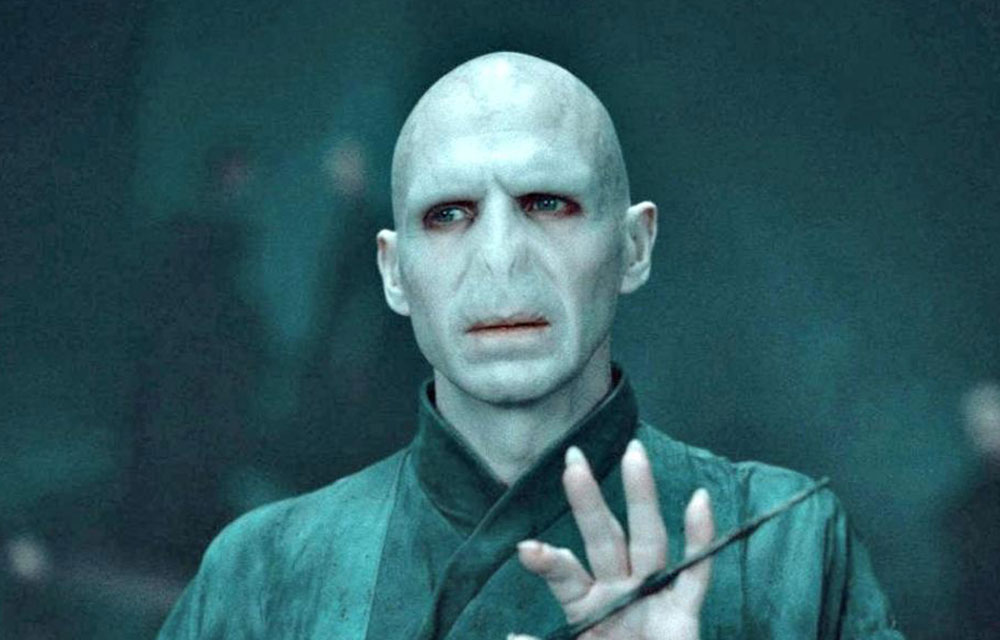 A lot of people don’t know that Tom Riddle’s dream job was actually being a teacher at Hogwarts. He wished to teach defense against the dark arts and applied to be a teacher as soon as he graduated from Hogwarts. Dumbledore knew that if Tom had influence over young minds he would manipulate his power so he turned him down saying he was too young to be a teacher at 17. Tom was so persuasive however that he came back after a few years seeking the same job but Dumbledore stepped in gain and did not hire him. 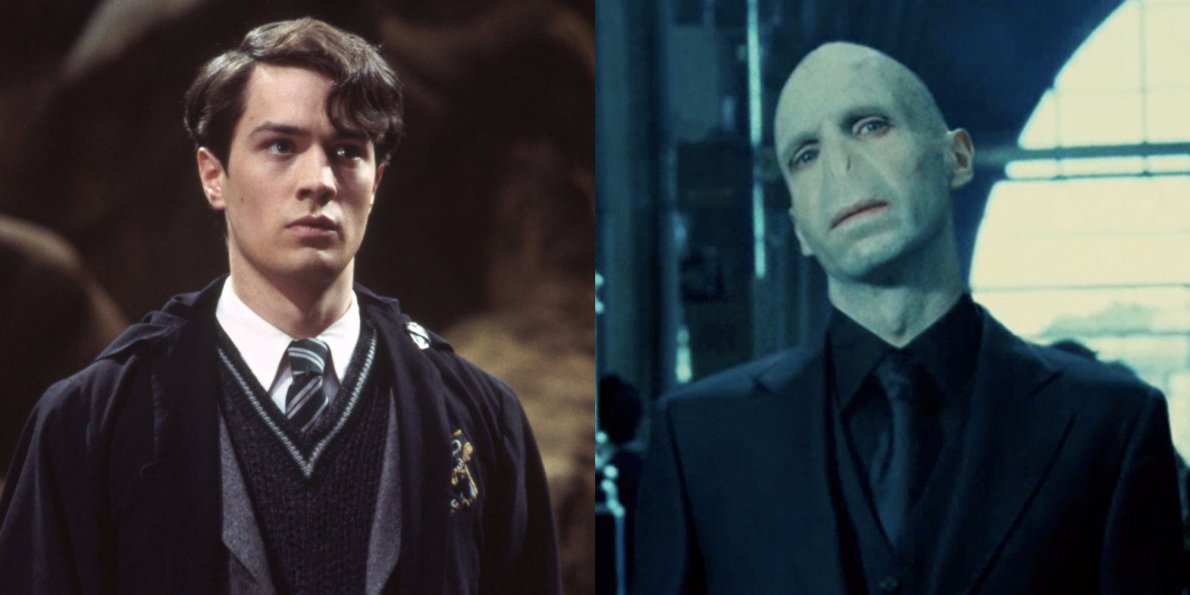 One of the weirdest thing about Voldemort is his pureblood obsession when he himself is half-blood. When he came to Hogwarts he had a desire to learn about his heritage and he firmly believed that he himself was a pureblood and his father must have been a wizard. When he finds out that his father was indeed a muggle he went and killed his father and his paternal grandparents himself to remove the muggle part of his heritage. Voldemort still remained obsessed with purebloods and hated muggles all his life.

The reason he doesn’t understand love:

Voldemort’s mother Merope was in love with a muggle called Tom Riddle who didn’t love her back. She used a love potion to win him over and they got married. When Merope was pregnant she decided to stop using magic to seduce her husband, this resulted in Tom abandoning her. Merope was so disgusted with herself that she vowed never to use magic again and died of a broken heart. The fact that Voldemort was conceived because of a love potion simply means he can never understand love himself.

Don’t Miss: 10 Things About Phoenix Force That We All Got Wrong 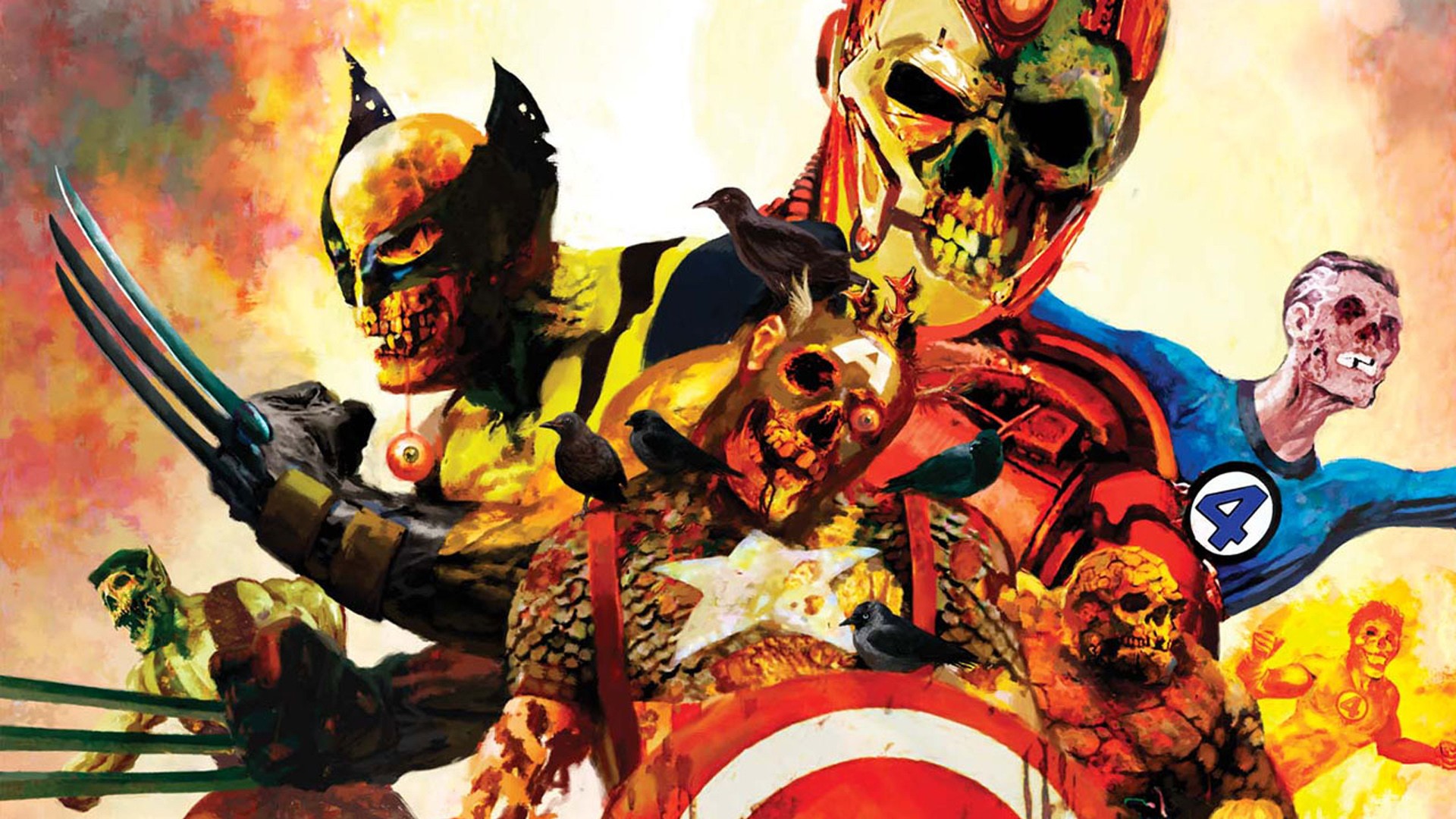 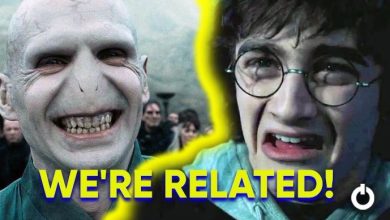