Supreme Leader Snoke is the guy who took in the reins of the remnants of the Malevolent Galactic Empire to turn it into the dreaded and ruthless First Order. He is a powerful user of the Force and his mastery over it presumably transcends that of Kylo Ren and Luke Skywalker. 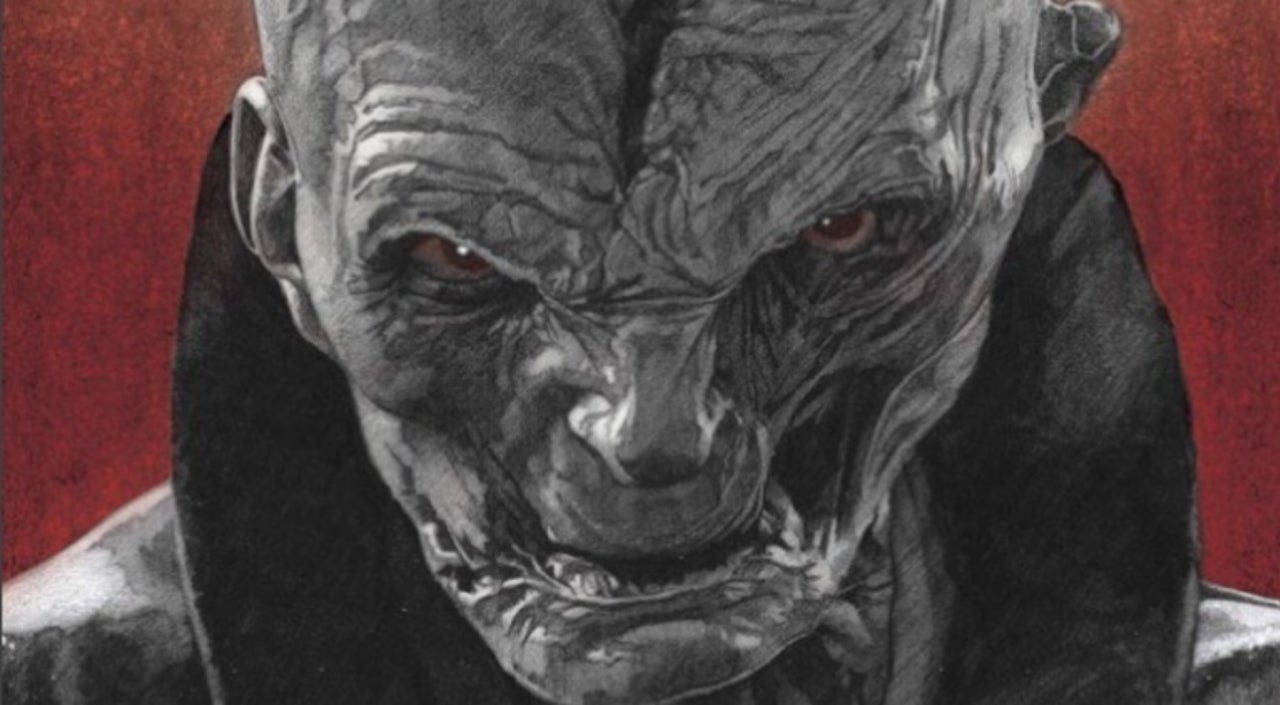 According to Serkis (who is his voice) Snoke is the greatest evil that galaxy has ever seen. Snoke is using Kylo Ren as bait to destroy the Skywalker line and prevent Jedi prophecy. He convinced him that he cheated death, outperformed Sith abilities and destroyed Jedi through a pawn. He intended to either draw out Luke through Kylo and kill him or get Luke killed using Kylo, either way he wins.

But his appearance in The Last Jedi trilogy is shrouded in mystery. His identity, motives were unknown, but it’s clear that Snoke is a non human entity with enormous dark side power. He apparently wears a ring made up of black Kyber crystal which allows him to focus his power, which was also confirmed by the action figures unveiled on Force Friday 2017.

Who is Snoke? Where did he come from? What does he want? Time to find out…

He is from the Galaxy’s unknown outer rims 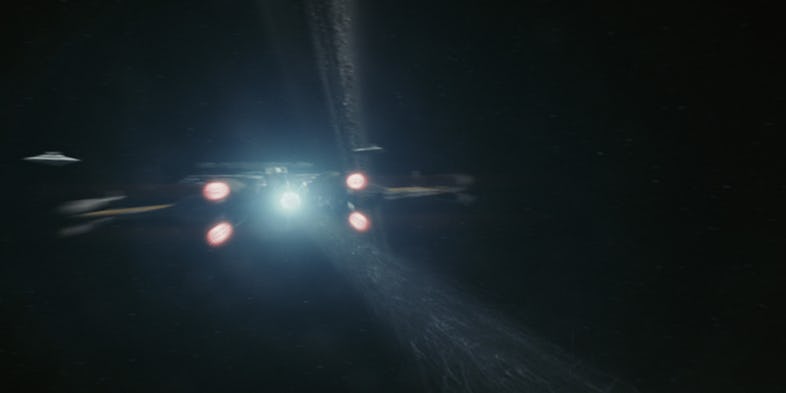 Supreme Leader Snoke made his debut in The Force Awakens. His CGI laden appearance did not bode well with the fans. In The Last Jedi, we only came to see him for a precious few minutes before he died. But where did Snoke come from? In the Aftermath trilogy which is set after the events of ‘Return of the Jedi’ revealed that Emperor was aware of the dark side is keeping a tab on the galaxy from unknown places. The Emperor Palpatine explores an unexplored region of the Force answering to a call from a dark entity of power beyond his imagination. That entity is widely thought to be Snoke. 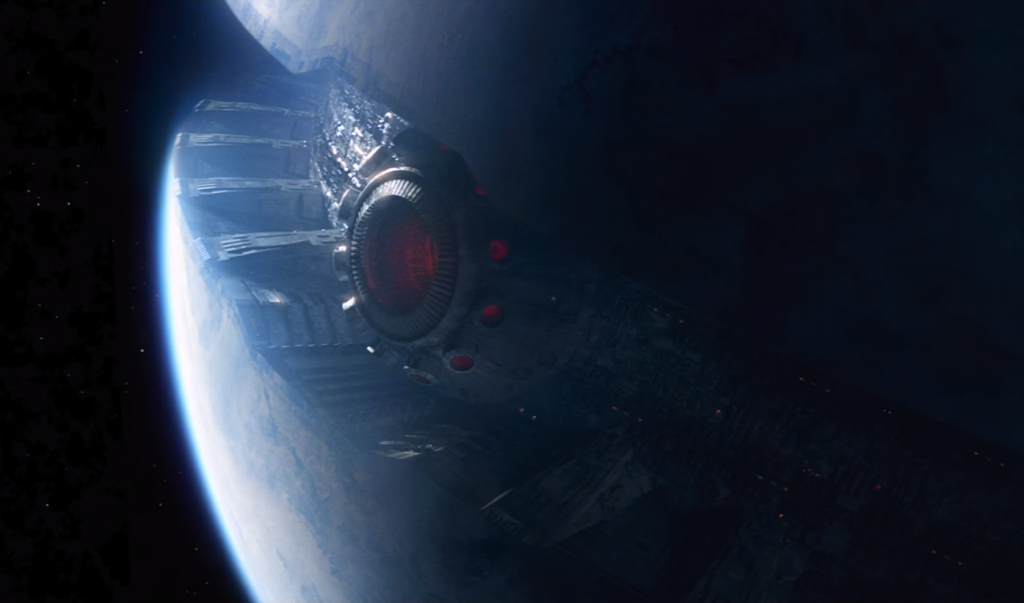 The author Chuck Wendig wrote: “The Emperor was convinced that something waited for him out there — some origin of the Force, some dark presence formed of malevolent substance. He said he could feel the waves of it radiating out now that the way was clear. The Emperor called it a signal — conveniently one that only he could hear. Even his greatest enforcer, Vader, seemed oblivious to it, and Vader also claimed mastery over the dark Force, did he not? Rax believed Palpatine had gone mad.”

He is not a Sith 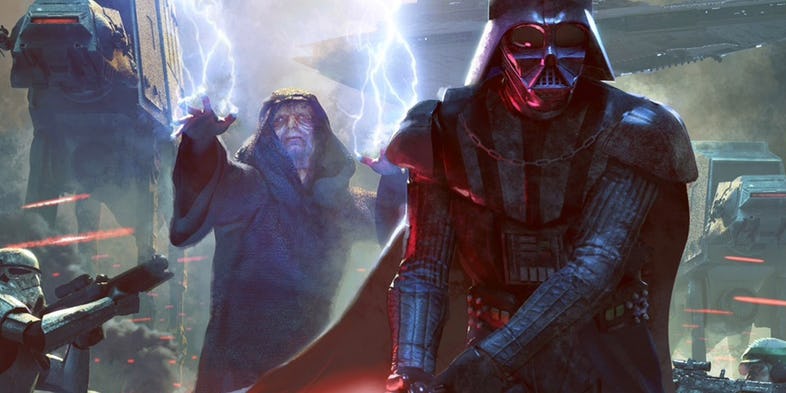 He is a bad guy so he must be a Sith. Wrong!!! A manipulator of the Force who has turned sinister does not necessarily belong to the Sith Order. Rogue One’s Chirrut and The Force Awakens’ Lor San Tekka are force sensitive but they are neither Jedi nor Sith.

Snoke is the most powerful manipulator of the Dark Side of the Force but he owes no allegiance to the Sith. 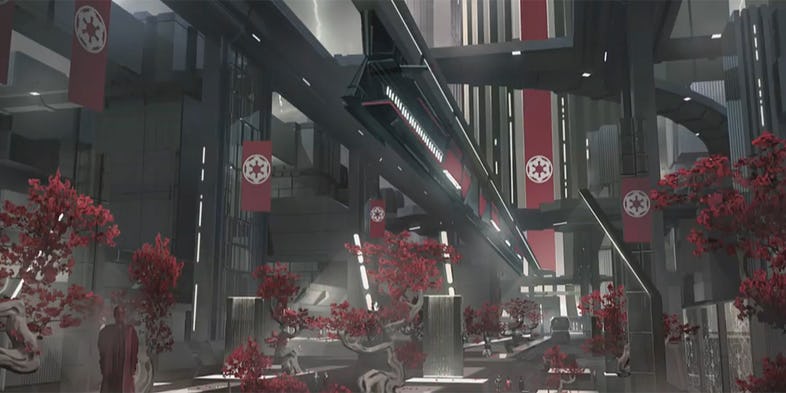 Snoke was one hell of a multi centenarian. You thought Yoda was old. Snoke has lived to see the rise and fall of The Galactic Empire in front of his eyes. His age is legendary.

But with age he has only grown evil and terrifying as he has clarity of purpose and resources to finish off his enemies. Alas, he got finished by his own protege. 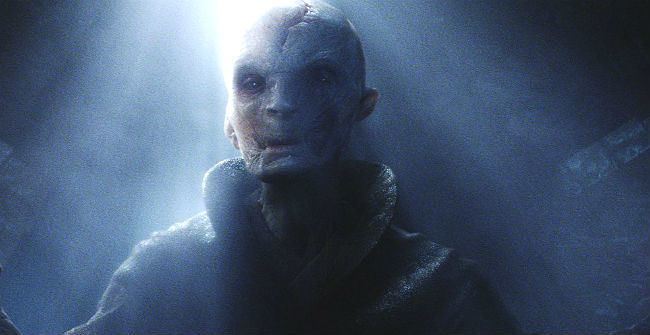 That’s right. The scariest user of the Dark Side of the Force is not capable of a morning run. His old age and his severe osteoporosis limit his movement. He is no Jabba the Hutt but he ain’t no Jango Fett either.

But do not underestimate him just yet. What he lacks in movement, he makes up for it in insane dark force powers.

After the events of Force Awakens, Snoke was flabbergasted with the destruction of Starkiller’s base and was furious at Kylo Ren’s weakness, he began searching for a new disciple which he thinks could be Rey. Snoke realized Kylo still had conflict in his heart and decided to use it for his own needs. He established an interstellar connection via the force between Kylo and Rey to pull Rey into his clutches. His intricate plan worked with pinpoint accuracy. 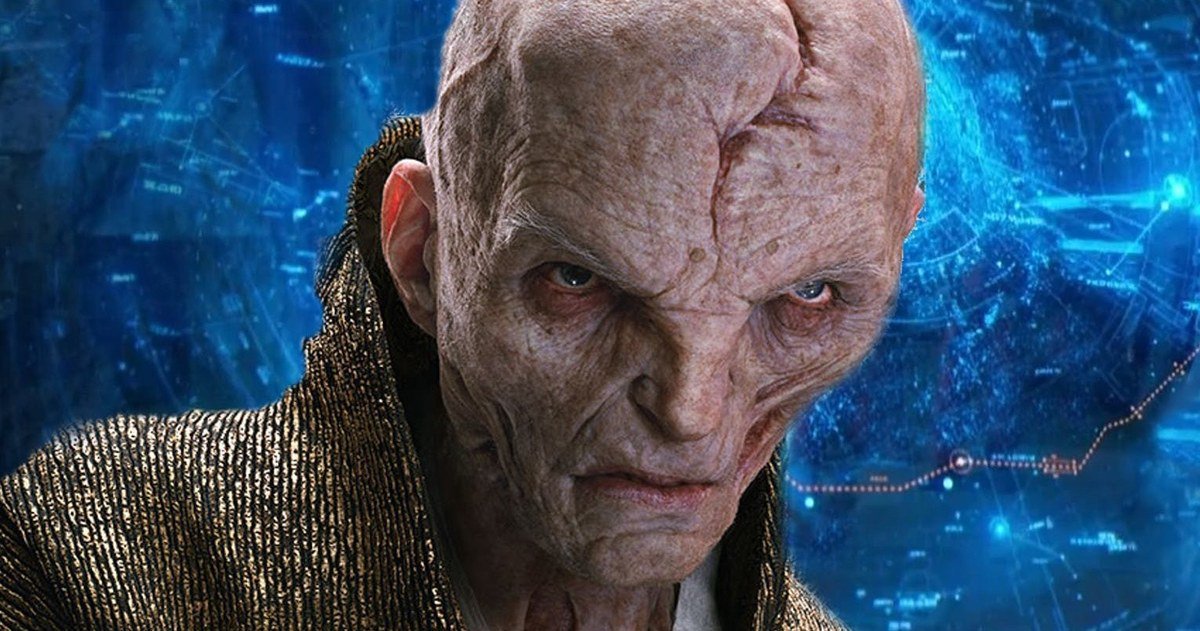 Not a force ability but still significant enough in its own right. He is a cunning, mischievous old man who knows how to pit people against each other and extract what he wants from them. But little did he know that Kylo Ren will defy his command and turn on him.

His powers are beyond anyone’s measure

Now we know Kylo killed him blah blah blah. Shut up and listen for a bit! Snoke has the basic Force power kit as the rest of the Jedi and Sith Warriors. He may not be able to pull of a force ghost trick like Luke but his base powers are awesome.

He can project force lightnings and choke opponents, but in a much more visceral manner. It was only a sneak attack that got to him. If Snoke knew what was coming, Kylo would never have dared to try stupid shit like that.

Kylo is not his only apprentice 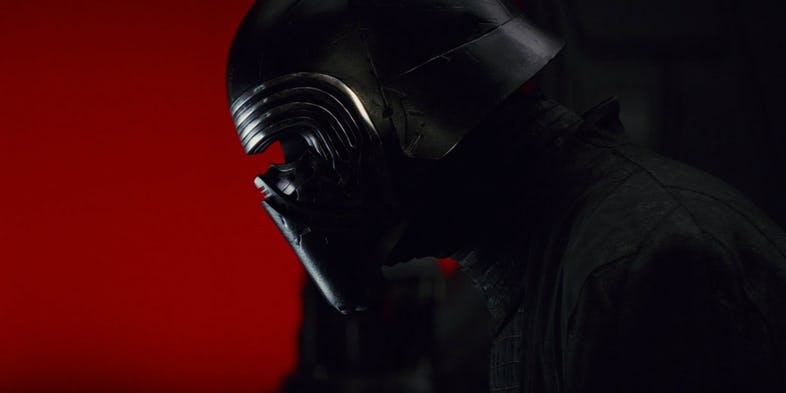 The Sith have a rule – always take in two students. Snoke is not a Sith. But he did take in a lot of students under his wing. Kylo was never the only apprentice under Snoke’s Tutelage. 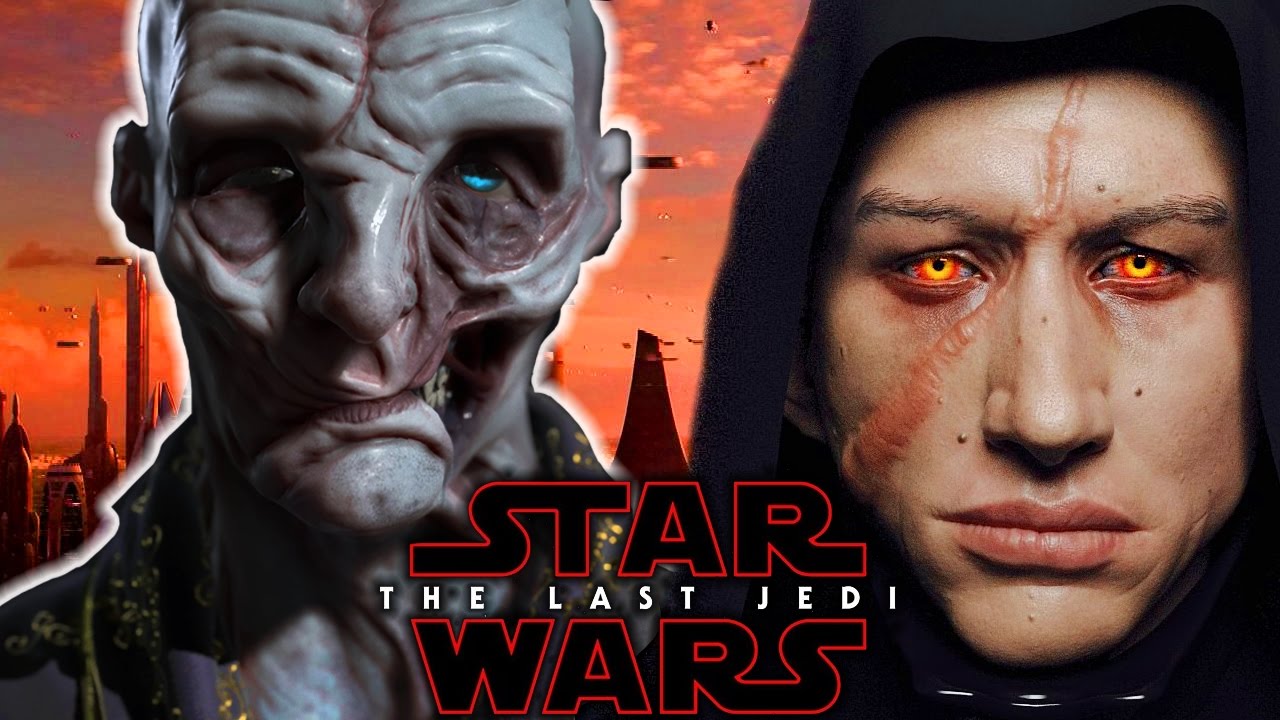 The question that remains is – Will Snoke’s students now come after Kylo or will they stay hidden throughout the trilogy? It’s a huge possibility that Kylo Ren has surrounded himself with enemies as he very publicly killed Snoke, the word must have spread to Snoke’s allies who would come for him.

Snoke believes “Sentiment is a weakness” 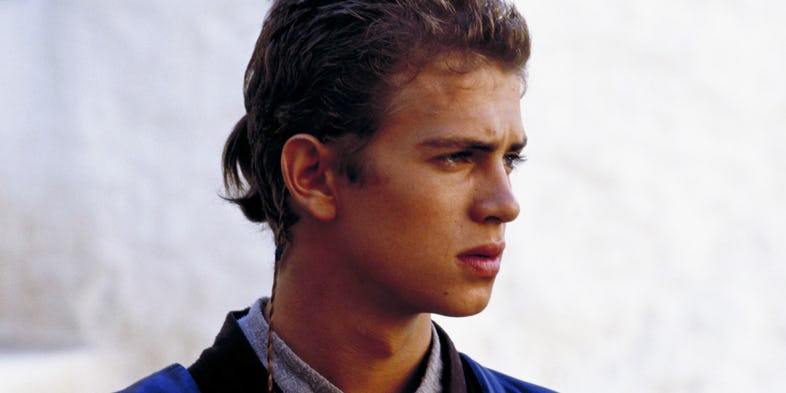 He is a mind reader 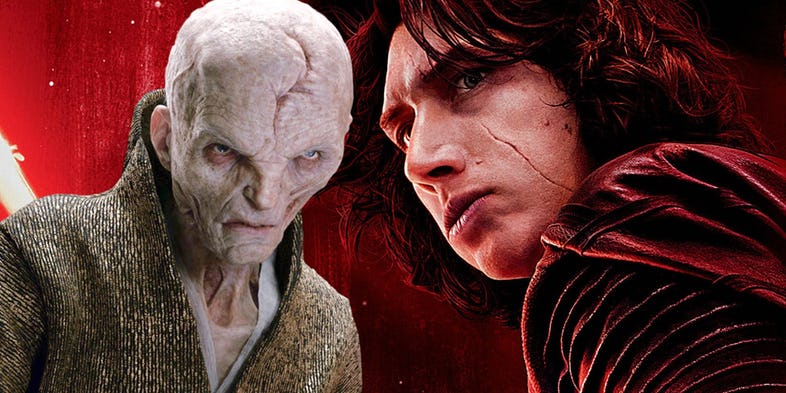 The Sith are always better at influencing one’s emotions than reading them. But that does not mean Snoke won’t know what you are thinking. He was already aware of Kylo’s doubts about the Dark Side. He knew how to use them to fulfill his own agenda. Rey was another one of Snoke’s mind manipulation victims. Until Kylo turned the tables on him, Snoke knew absolutely everything about everyone he came in contact with. Well, almost.

No one knows who he is and no one ever will 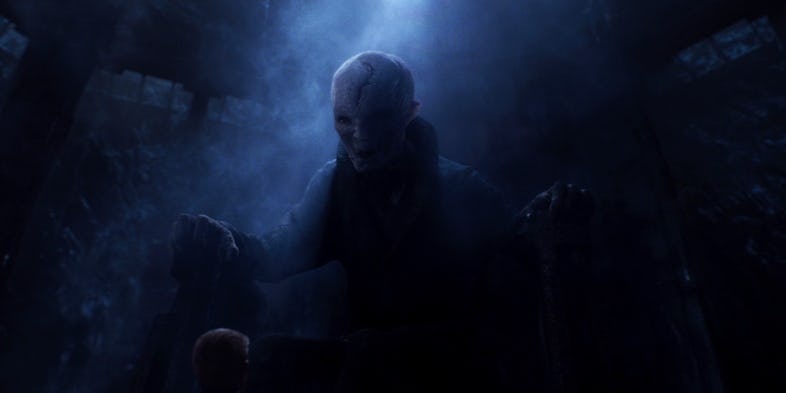 Absolutely all fan theories about Snoke’s origins have been debunked to be utterly false. Snoke is a character that is as mysterious as one gets. No one knows who he is and that has left fans frustrated. Although a lot of fans have held hope that the future will reveal his backstory, I doubt it ever will.

Snoke’s mysterious origins and his abrupt departure paved the way for Kylo Ren to become the big baddie. Let’s not focus on the former and join hands to marvel at the latter for the time being.

Don’t Miss: Who Is The Most Powerful Jedi In Star Wars?!?! 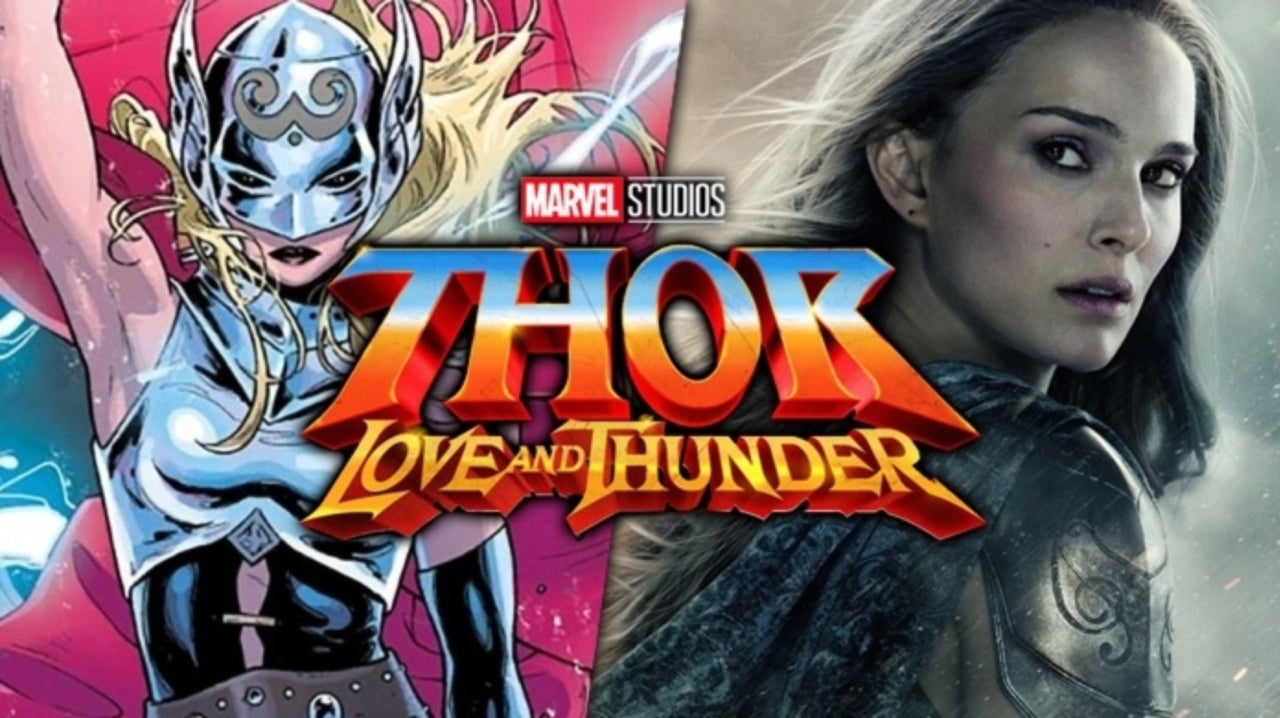 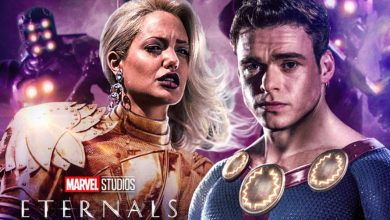