The Game of Thrones season 7 dramatic finale had everyone biting their nails till the end. At King’s Landing, we saw Jon Snow and Daenerys Targaryen arrive along with Tyrion, Lord Varys, the Hound, Theon Greyjoy, Jorah Mormont etc. while the Dothraki and the Unsullied were brought into the outskirts of the capital. 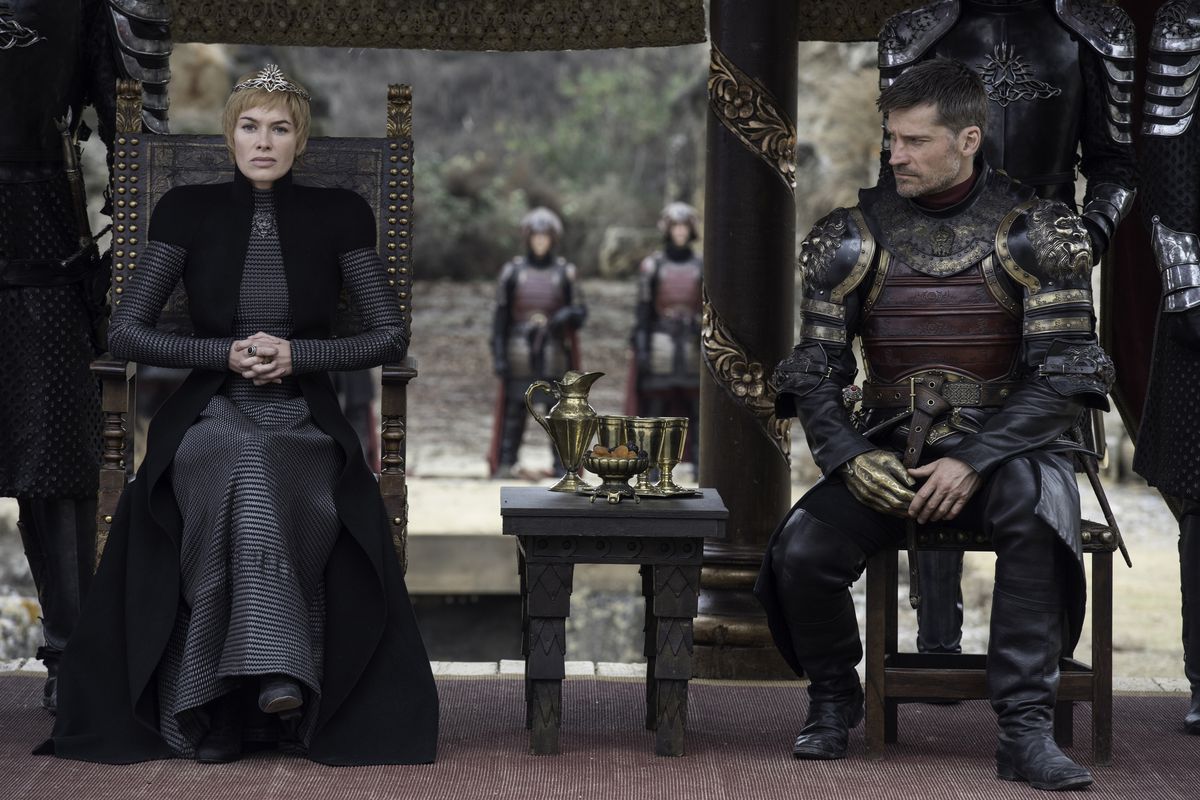 Queen Cersei came with Jaime and Euron Greyjoy by her side to discuss the truce. Jon Snow stated that the great war is coming and it’s time for all noble houses to bury their differences and come together to fight against the Night King and army of the dead which is hell-bent on invading Westeros and bring the long night. At first Cersei Lannister rejected the idea of sending Lannisters’ forces to the North but after talking with Tyrion she was convinced that this is the right thing to do. 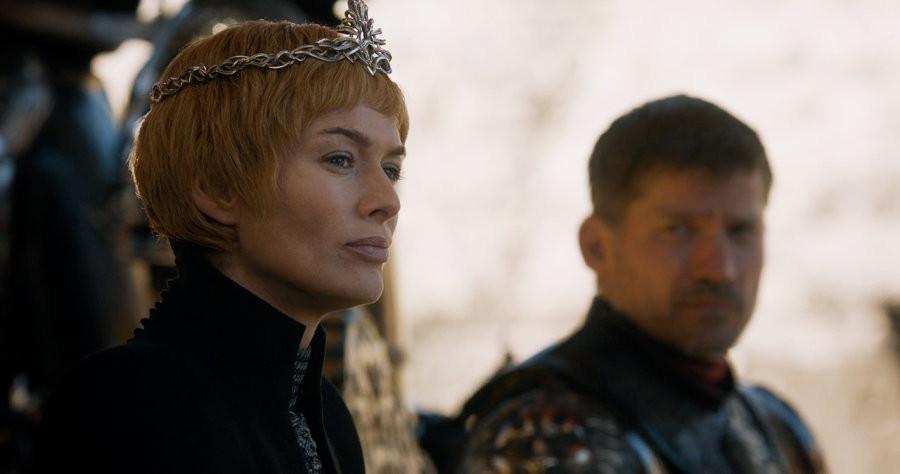 In the end, we learned that Cersei was lying as usual and that Euron Greyjoy is off to Essos to fetch the Golden company which is the most powerful fighting force in the entire region equipped with men, horses and elephants. The idea is to pick up the pieces of whoever is left after Battle of Winterfell between the Northern houses and Dany’s forces and Night King’s army of the dead. 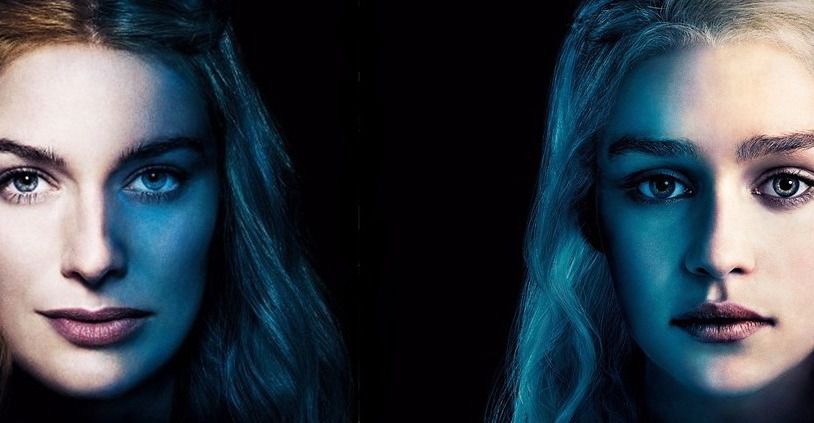 The last episode titled “Dragon and the wolf” also marked the first episode where Cersei came face to face with Daenerys. It would have been better had they indulged in more discussion, exchange barbs and zingers, but nevertheless it was amazing to see two powerful Queens under one roof. Lena Headey opened up in an interview and talked about Cersei’s thoughts during the time she met the Dragon Queen. She said: 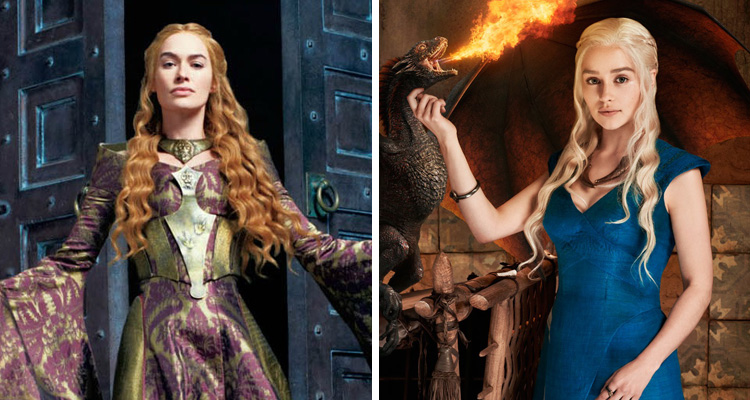 “I think she’s immediately envious because Daenerys Targaryen is more beautiful and younger than she is and the prophecy says somebody younger and more beautiful will take her place, so I’m sure that’s at the forefront of her mind. And Tyrion is her Hand, so she couldn’t be any worse.” 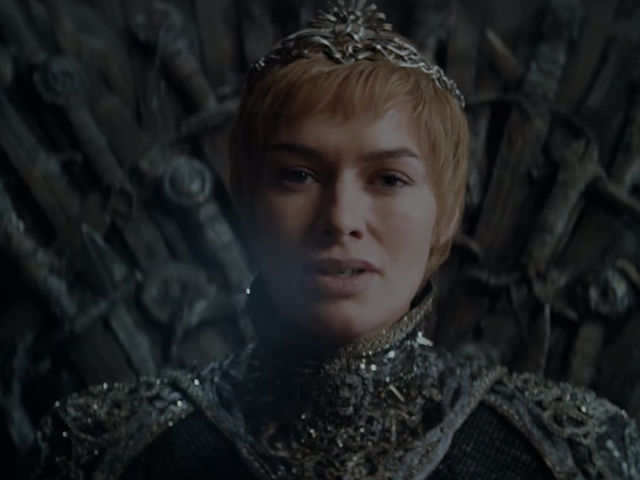 Cersei is all about having power at this point. She is not concerned with an army of the dead invading Westeros, all she is thinking about is Maggie prophecy. It has so far played out exactly as she predicted as all her children are dead before her – Joffrey (killed in Purple wedding by poison), Myrcella (poisoned by Ellaria Sands) and Tommen (jumped off from the window after Cersei blew off Sept of Baelor through wild fire killing Margery Tyrell as well). 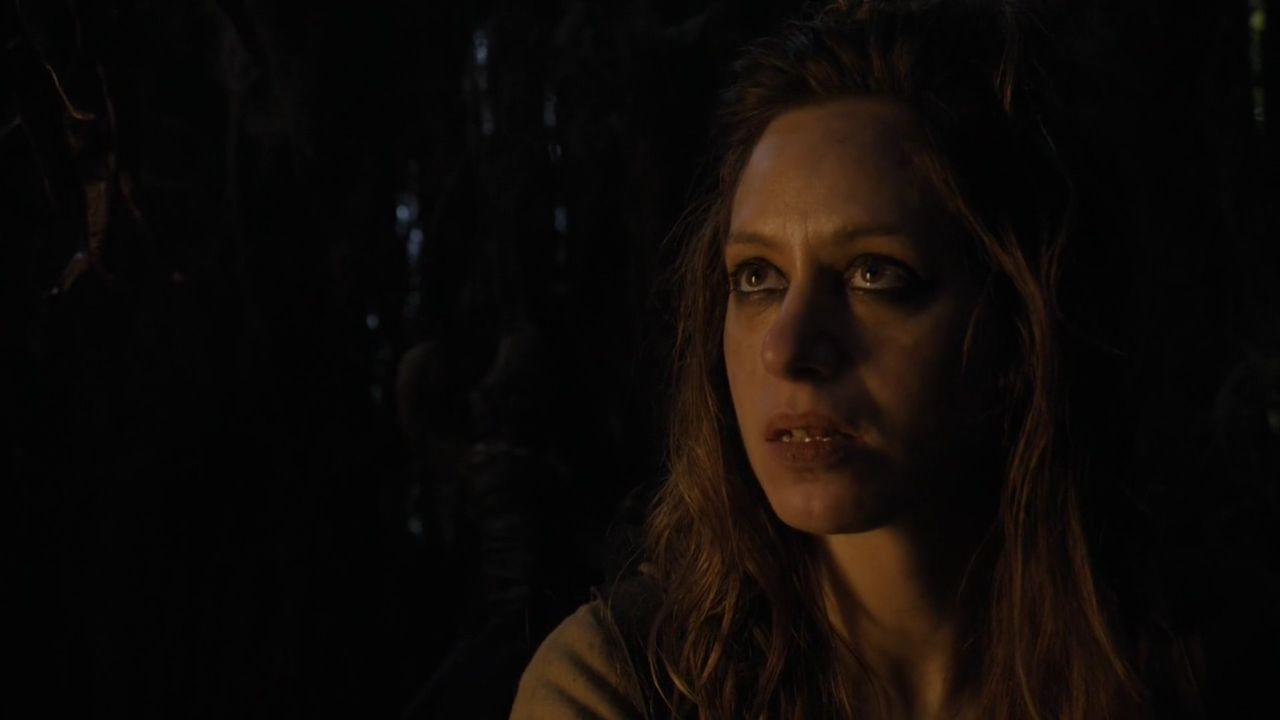 In addition to this, Maggie prophesied that there will be an eventual takeover of Cersei’s position as Queen by more younger and beautiful successor. First, she thought that she has thwarted the prophecy after burning Margery Tyrell alive who was locked inside the Sept of Baelor but when she saw Daenerys Targaryen she got a harsh reminder of Maggie’s foretelling. 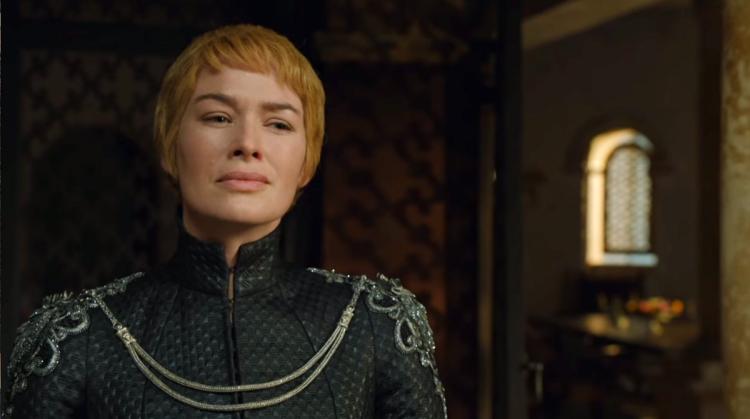 Cersei emerged from the ashes and destroyed Iron fleet, killed Lady Olenna Tyrell and took Highgarden, captured Ellaria Sands and killed Sand-snakes with the help of Euron Greyjoy but still Daenerys Targaryen forces are intact along with two Dragons. Also, she lost the trust of her incestuous brother Jaime Lannister who is taking Lannister armies to fight the army of the dead in the North. 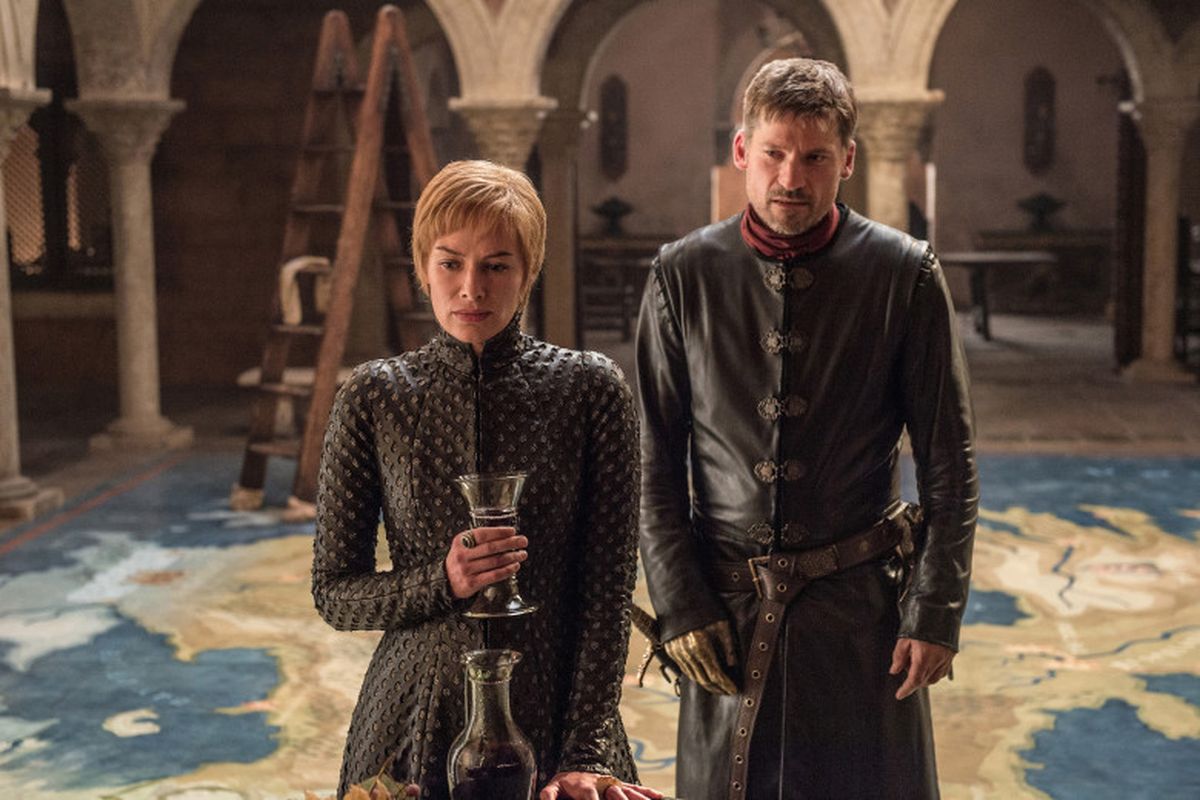 Nikolaj Coster-Waldau had a chat with IndieWire where he said that Jaime is officially disgusted with Cersei’s mad pursuit of power at the cost of entire humanity. She is all about herself and hold onto power without any responsibility. He is finally off her leash and is heading towards the North as he gave his word. In the final confrontation, he made it clear to her that she is all alone in this world now which was shocking to hear as a baby is on his/her way. 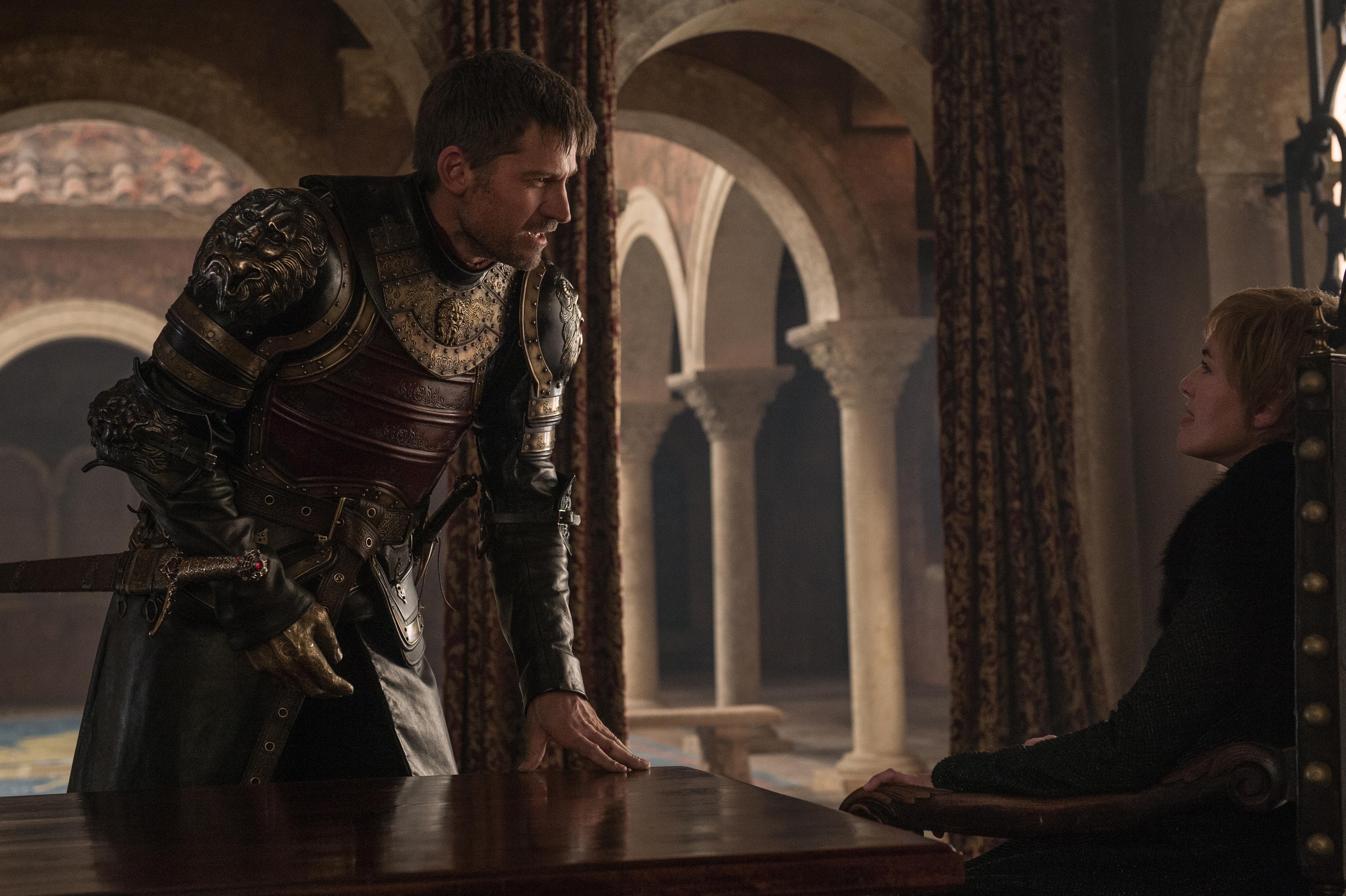 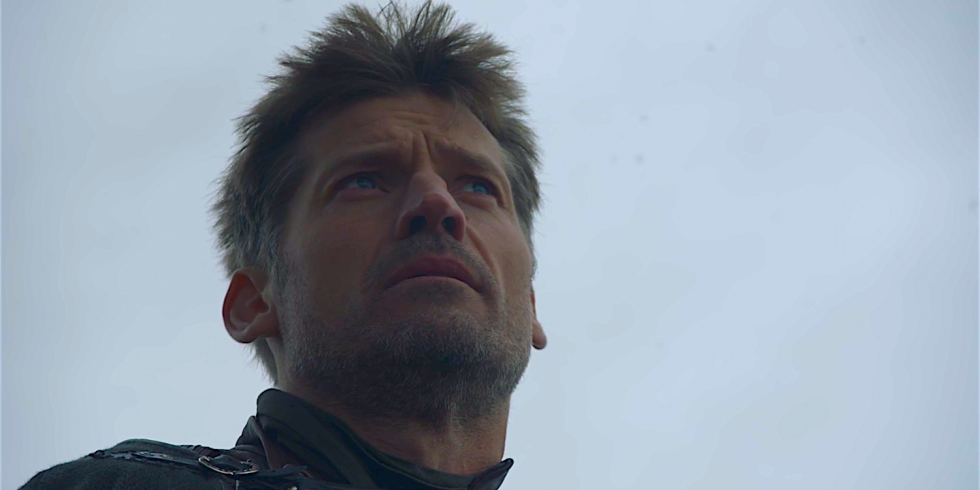 Jaime is now fully ready to undergo a transformation from an Oathbreaker to Oathkeeper, from King slayer to man of his word. He is excited about fighting for the living and taking down White Walkers with his Valyrian sword. He said:

“Obviously I’d want to be involved in this battle somehow. Jaime will be well-prepared since he’s one of the few who wields a Valyrian steel blade. He’s got the right sword for the fight. He has a Valyrian steel sword, which is very effective. I think now he knows that he has one, Brienne of Tarth has one, Jon Snow has one, and Samwell Tarly has one. And of course Arya has a Valyrian steel dagger. I think it’ll be great to use that and fight some of those disgusting beings.” 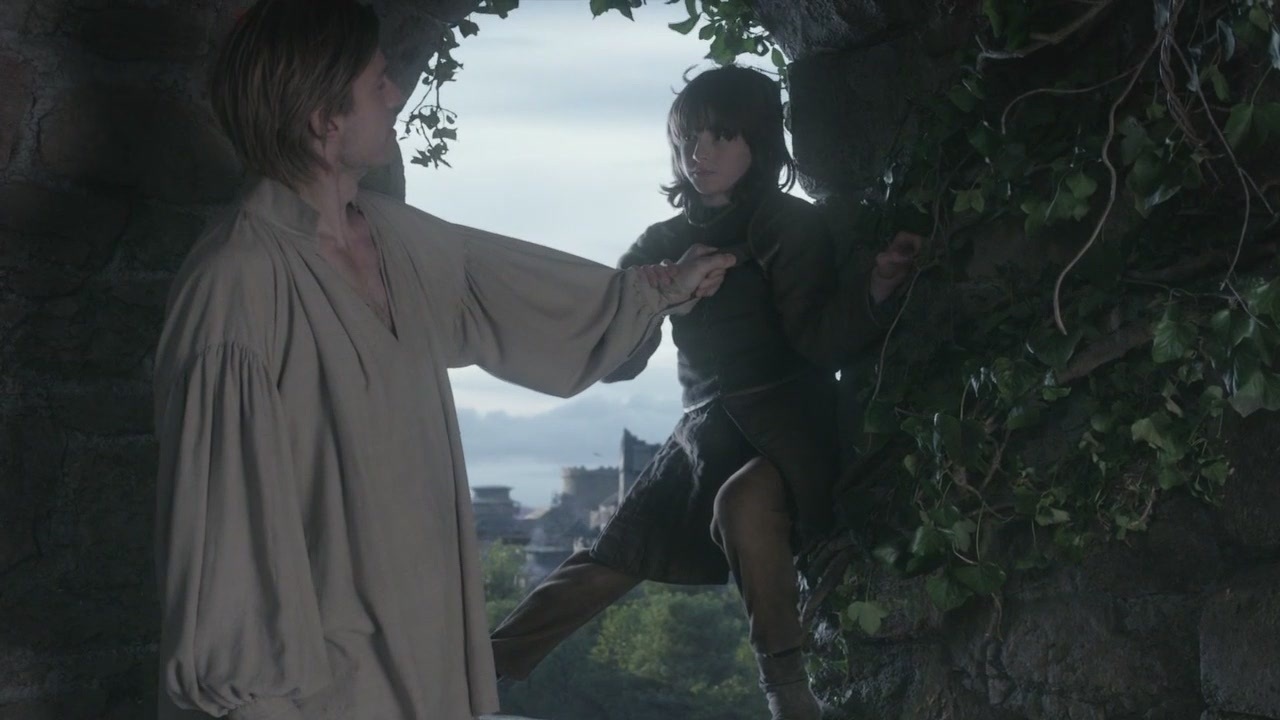 He said that in season 8 he would like to meet Bran Stark and apologize to him for pushing him off the tower in season 1 when he saw him making out with Cersei. He said:

My hope is that I’d like him to meet Bran and I’d like him to apologize to Bran Stark because that wasn’t a nice thing he did in Episode 1 [shoving him out the tower window]… And obviously, I hope there’s some kind of scene again with Jaime and Cersei because that is the main relationship. I hope that they get to have one face-to-face before we end the show, but who knows.”

Don’t Miss:  10 Most Stupid Things About Game of Thrones Season 7