These 5 celebrity kids have faced a lot of troubles and being a celebrity kid, doesn’t make their life any easier. Take a look at these 5 most successful female actors who are celebrity kids.

She is sweet, cute, bubbly, hot and sexy. Yes, Alia Bhatt is a perfect combination of all that has been written. We have seen her doing amazing roles. Be it ‘Student of the Year’ or ‘Highway’, she has proven her acting skills. Her sparkling beauty, impeccable acting skills, and vibrant personality has definitely made her one of the most successful celebrity kids. Mahesh Bhatt and actor SoniRazdan are definitely the proud parents. Alia has been lucky to get a dream debut. She has got so many things added to her cart, be its blockbuster movies, brand endorsements, cover shoots for magazines.

Shakti Kapoor’s lovely daughter, Shraddha is remarkably known for her incredible performances in the successful romantic ‘Aashiqui 2’. She started her career with the movie, ‘Teen Patti’, and then worked as a lead in ‘Luv ka the end’. With movies like, Ek Villain and Haider in her cart, she is definitely a promising actor. 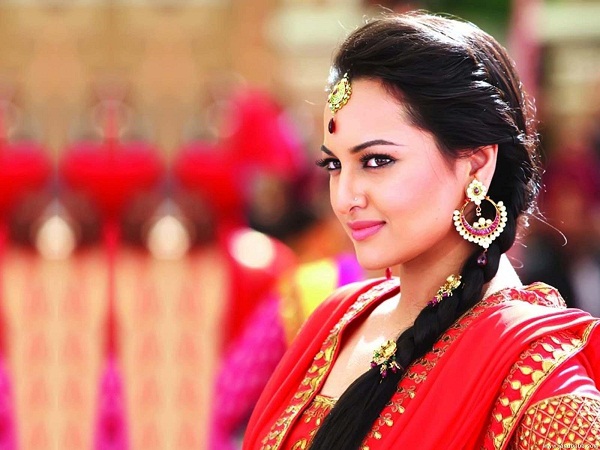 Sonakshi Sinha is very comfortable on her skin and her curvy and she accepts and flaunts that curvy body very confidently.Shatrughan Sinha and Poonam must be happy about the way their daughter is performing in this industry. She actually began her career in the film industry as a costume designer. She got her first break with Salman Khan as her co-star. She gave an enthralled performance in Dabangg (2010). She also bagged the Filmfare Award for Best Female Debut.

She is the fashion icon. She started her career by assisting the director Sanjay LeelaBhansali on the sets of film Black. She made her debut in Bhansali’s romantic drama Saawariya. The movie didn’t do well at the Box Office. She has now become an international style icon and is a brand ambassador for several products.

She is the diva.She is the younger daughter ofRandhir Kapoor and Babita, and the younger sister of actress Karisma Kapoor. Being from the cinema family, she has got acting in her blood. Her style, looks, acting and personality, everything is just so amazing. She has taken multiple awards. She is definitely, the most famous start kid.