‘Thor: Love and Thunder’ is, no doubt, one of the biggest movies of 2022. But according to our new theory, this movie will be even bigger than you expect. We think this movie will be more the comic it is based upon than we think. We think that Thor: Love and Thunder will finally be the one movie that every Thor fan is waiting for… The Thor movie where we see him rising above to the rank of the God of all Gods! If you are not a comic book fan, don’t worry we got you. Here’s how Thor became god of gods: 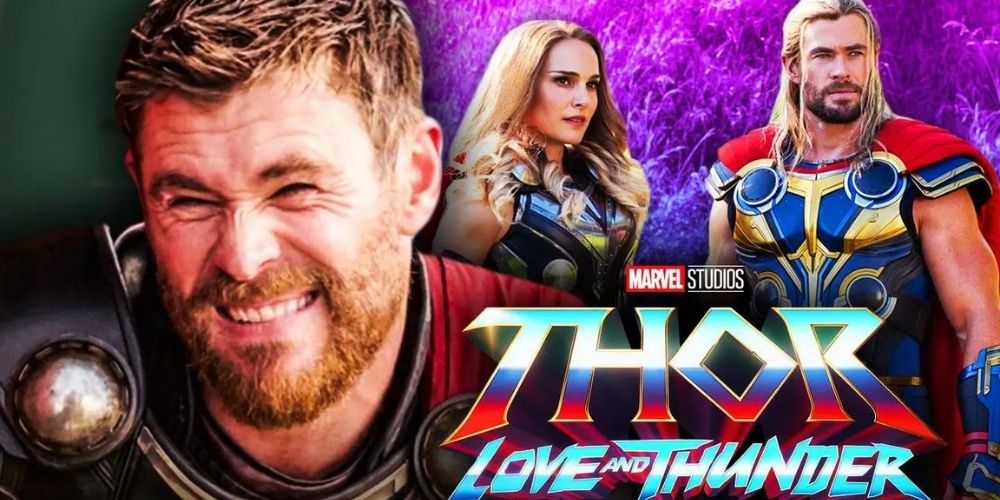 ‘Thor: Love and Thunder’ is about the first MCU character to get a fourth solo movie. The events are set after Thor left the Earth after the big fight in Avengers: Endgame. He is now with the Guardians and one of the Ravagers. This movie, as everyone says, will be one of the most significant movies for the character of Thor. He will be getting over his depression and transforming himself from “dad-bod to God-bod”. The film’s trailers and TV spots reveal that Thor will be retiring from battles but is still forced to one because he realizes that Gorr the God Butcher(Christian Bale) is on his way. 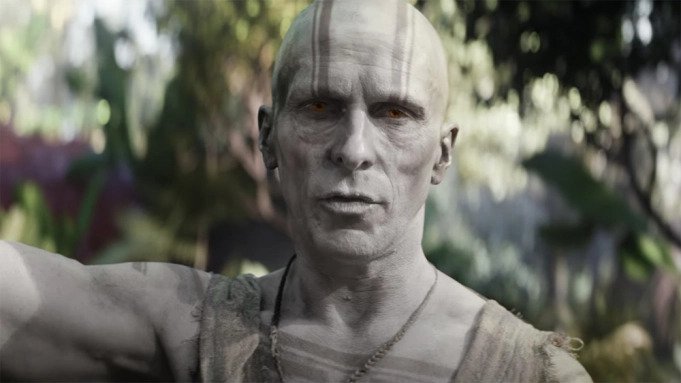 Now we know that Thor will be defeating the villain, just like in the comics and almost every movie with a hero and a villain. But many don’t know that killing Gorr will be no easy feat. It will take every ounce of the strength of his steel muscles to take down the being who has been killing Gods for God knows how much time. And killing him will take Thor to a level that many don’t know even exists. First, learn more about what happened in the comics.

WHAT HAPPENED IN THE FIGHT BETWEEN THOR AND GORR 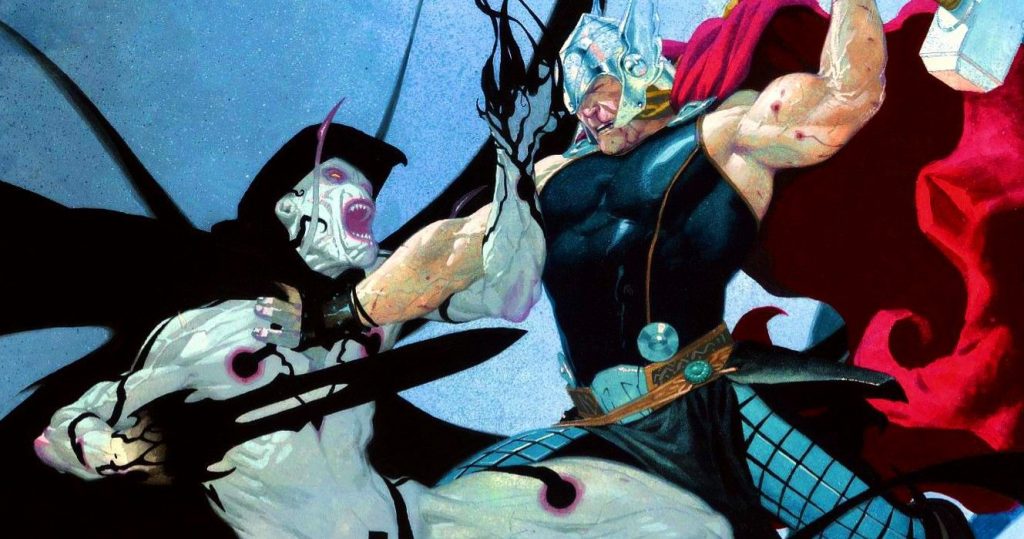 Now we know that Thor: Love and Thunder will be hugely based on Thor: God of Thunder comics run. These issues featured Gorr when he first confronted Thor and almost defeated him a thousand years ago. If it hadn’t been for the Viking warriors, Thor had died of Gorr’s torture. But he escaped and Gorr fled and kept on with his rampage. It was after almost a millennia that Thor realized that Gorr had kept on killing Gods and absorbing their powers. He had discovered the Pools of Forevers and had been using them to travel to different times to kill every God he came across. During the events of this comic, he was traveling far, far away to gather all the raw materials he needed to make the Godbomb. This bomb could have killed all Gods across all time and space. 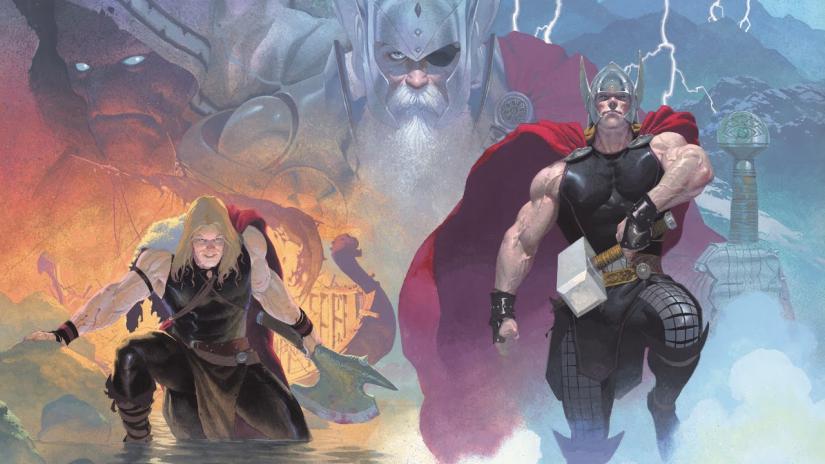 Once the bomb was ready, Gorr summoned the Young Thor he first faced. He enslaved Thor but he managed to run away again, only this time, he came back with Thor the Avenger and King Thor, from the future. Everyone thought that Gorr’s story is over now but it was from it. He had been absorbing the powers of every God he killed which he used to defeat all three Thors. If it hadn’t been for Gorr’s son’ construct (his actual son died before he started butchering Gods) siding with Thor the Avenger, Gorr would have gone ahead with the bomb. But Thor the Avenger, now with the powers of all the remaining Gods and Gorr’s son’s construct, absorbed the blow of the Godbomb all by himself. At this moment, he became the God of all Gods! And we think that’s where MCU is going right now.

WHY DO WE THINK THE MOVIE WILL ALSO GO AHEAD LIKE THIS?

One thing we know about this movie is that it is heavily inspired by the God of Thunder comics run. Many shots in the movie are exact parallels to the comics. Then there are multiple God of Thunders, namely Thor and Jane Foster’s Mighty Thor. Not to mention, the opening sequence of Thor: Love and Thunder’s official teaser, features three versions of Thor running in the fields. These are the hints that make us think if the movie’s ending will be more like the comics’.

In the MCU, the multiverse is now open for business. We have already seen the variants of many characters, so it is not entirely impossible to think that we might see more versions of Thor. And even if we don’t, we already got two, don’t we? Now Thor might try to sacrifice himself, especially after everything he has gone through and the fact that he is still very much in love with Natalie Portman’s Jane Foster. So, the reasons might get tweaked a little but the ending where Thor becomes the God of All Gods makes more and more sense as the release date gets closer. 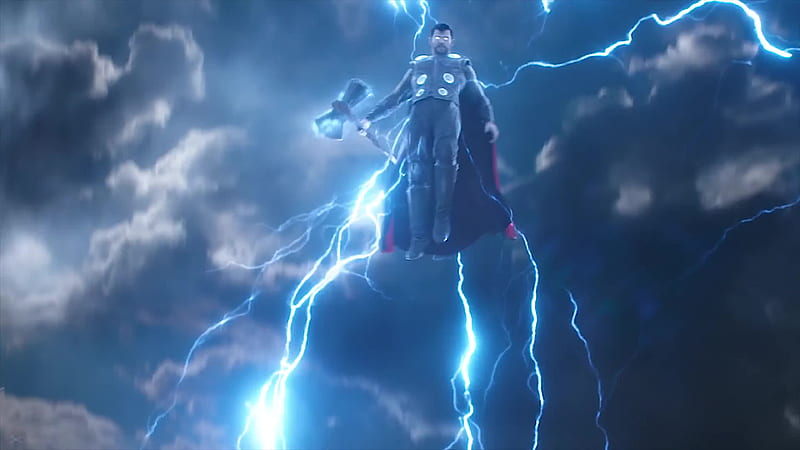 Another thing that would make sense that Thor should rise to the God of all Gods is because of the fact that he is not the older, egoistic, foolish version of Thor. He is a much smarter, stronger, and more oriented version who is capable of such a post. Now if this turns out to be true, we might see him become unworthy again, having absorbed the full power of the Godbomb and Gorr and all his victims. So, that might cause. a little heartbreak but Thor’s new power level might make up for them!

So, do you want to see Thor become the God of all Gods? Do let us know in the comments section below. 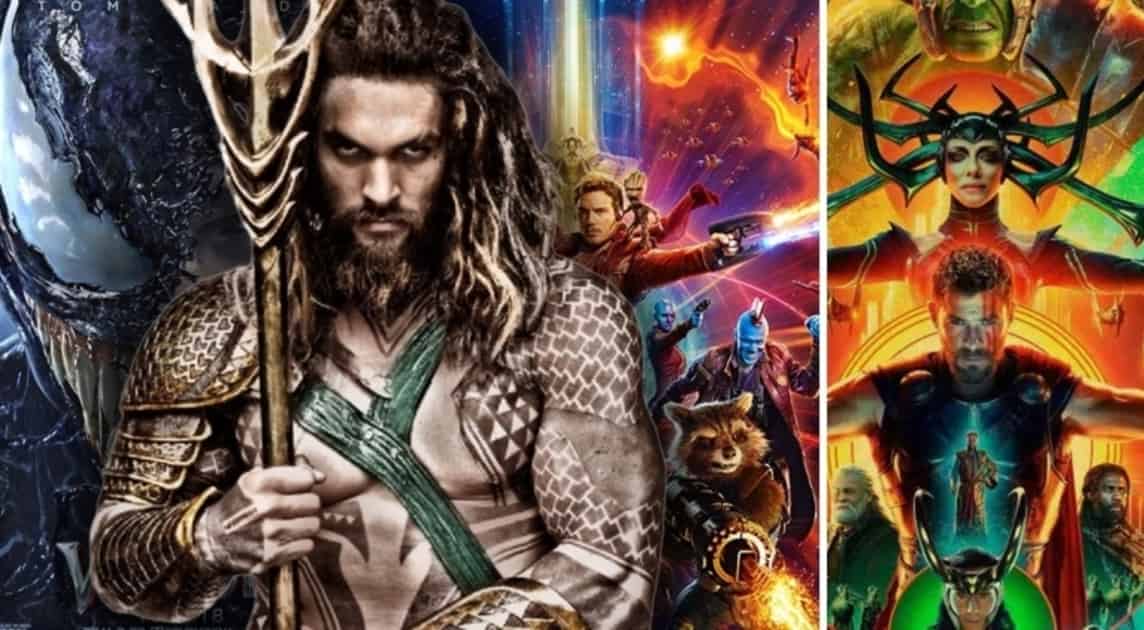