Those who went to watch Spider-Man: No Way Home got to see the teaser for Doctor Strange in The Multiverse of Madness after waiting for the credits to roll. This clip was a compilation of a lot of things inexplicable that seem to be unfolding in the movie. We already had a chance to witness the chaos that the multiverse can cause with the previous project Spider-Man: No Way Home. Fans are still trying to analyze everything that we have gotten to see in the teaser in order to get some idea about the movie. The teaser gave us our first look at America Chavez but that’s not all. Looking closely into the Doctor Strange 2 trailer, fans have been asking who is the Green Minotaur, Rintrah. Let’s take a look into this character and what role he might play in the movie.

The teaser for Doctor Strange in The Multiverse of Madness featured a lot of interesting things for the fans to explore. And amongst these one very important thing was definitely the confirmation of various theories surrounding the project. The effects of the multiverse were clearly hinted at in Spider-Man: No Way Home but it seems there is a lot more than Strange has to go through. One of the most interesting things that the teaser for the movie featured was a furry green minotaur. Fans have been able to establish that this is actually resembling a character that has appeared in the Marvel comics back in the 1980s-90s.

It is not surprising that MCU is dealing with such characters because we are well aware of MCU dealing with a lot of bizarre characters. With the multiverse being a significant plot point it is not surprising that we are getting to see such a character. There were references to such alien species being a part of the MCU in projects like Guardians of the Galaxy and Captain Marvel. Another essential narrative that gave us a hint of the multiverse was Loki and even that showed us that MCU is ready to open massive worlds. Let’s take a closer look into this furry green minotaur who has been theorized to be Rintrah.

Who is The Green Minotaur, Rintrah? 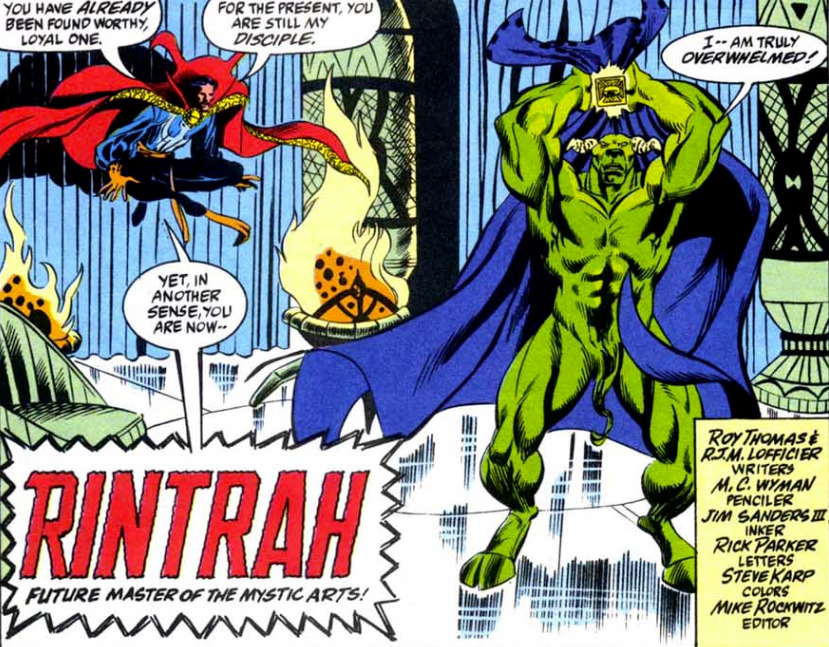 There is no idea what role Rintrah will play in the MCU but there are chances that based on the comics he might end up being quite significant to MCU. The character was first introduced in the Marvel comics stories back in 1986 by Peter B. Gillis and Chris Warner. It is rather interesting that this character actually appeared in an issue of Doctor Strange as a mystic from another dimension. We are told that Rintrah comes from a planet known as R’Vaal and he had hinted at great sensitivity to occult forces and later became apprenticed to a wizard called Enitharmon the Weaver and this is exactly how he came to know Strange. Rintrah was actually sent by his master to Strange to return the restored Cloak of Levitation which Strange had damaged in a battle.

Rintrah was of much help to Strange when the latter helped him during the battle with a demon sorcerer known as Urthona. Strange’s own body was majorly injured and was in no condition to fight the enemy and thus Strange asked for the mystic’s permission to possess his body. This was of major help as Strange was able to defeat the minotaur this way. A major even ended Rintrah’s run in the comics when he was an understudy for Strange. He attempted at destroying a significantly powerful and evil artifact and this led to him draining his life force. In an attempt to save him Strange put him in a state of suspended animation inside a pocket dimension while he looked for a possible solution for him.

Rintrah is just another sorcerer who can be as powerful as the likes of Strange himself. The comics never explored the possibility of him coming to terms with the full extent of his powers but he has been able to display some important skills. These skills include magical blasts, astral body projection, levitation, projection of energy shields, illusion casting, and dimensional travel. There are other powers that come from being a R’Vaalian that include telepathy and shapeshifting. While all these abilities talk about his sorcery the character has a considerable amount of physical strength and endurance.

There is no clear idea how this character will be introduced in the MCU. There is a chance that the multiversal threat being rather significant might have required help from all across the universe. Another possibility includes that Rintrah was brought into the MCU much like the characters we saw in Spider-Man: No Way Home. Doctor Strange in The Multiverse of Madness will release in theatres worldwide on May 6, 2022. 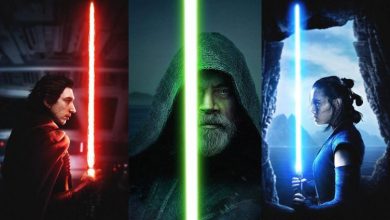 Who Is The Most Powerful Jedi In Star Wars?