The Eternals will give us a lot of information about the history of the MCU. We need to know how the Celestials created the Eternals and the Deviants. We need to know how the Eternals have stayed hidden for so long and why have they never intervened. There should be a history lesson about the Infinity Stones as well because we did see Esson the Searcher using the Power Stone. We don’t really think that The Eternals will give us any explanation about the mutants and their existence, but we do think that this film will tell us a little bit about another faction of people – the Atlanteans. A new theory is that along with the Celestials, the Eternals & the Deviants, this movie will also set up Atlantis and the Atlanteans.

Since the movie is actually supposed to go thousands of years in the past, Screen Rant has suggested this theory stating that we might actually see Atlantis before it sank under the ocean. Those who have watched Aquaman know that Atlantis was once above the surface. It then sank and its people evolved. Similar is the case in Marvel as well. Now we totally agree with this theory because we already have evidence for The Eternals to be setting up Namor.

The story of The Eternals will be told through different periods of time. Set photos have shown that while the main story will be told in the present day, a bit of it will also take place during ancient Babylon (18th and 6th century BC), and other eras. So, if Atlantis will not have sunk by then, it is possible that we might go to a time period even before the 18th century BC. 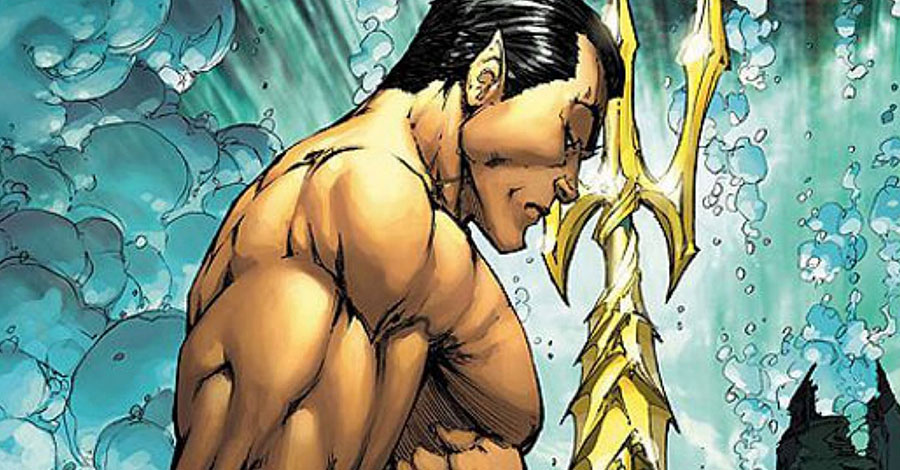 The reason we’re so fixated about Atlantis being in the film is that back in October 2018, Kevin Feige claimed that we’d be seeing Namor very soon. Then after Endgame, it was anticipated that Namor would show up in Black Panther 2. While the information about Black Panther 2 might still hold true, former director of Doctor Strange 2, Scott Derrickson revealed a comic scene involving Namor & Doctor Strange on twitter & then quickly deleted it. That gave us a major hint that before Black Panther 2, Namor might arrive in Doctor Strange 2. Recently, Kevin Feige said that Doctor Strange 2 will introduce us to many new MCU characters which we won’t expect. Namor totally fits in this description as well. 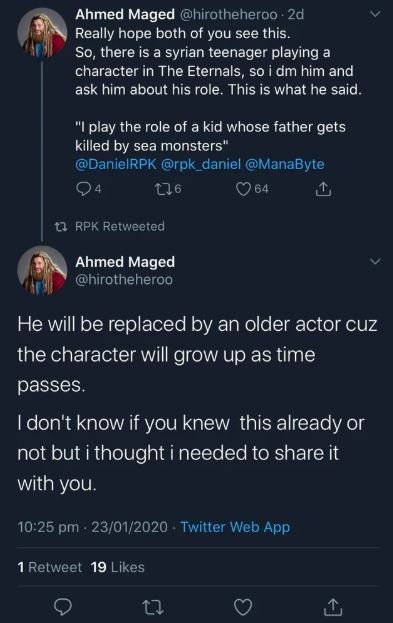 But even before Doctor Strange 2, Namor is possibly going to appear in The Eternals as a child because back in January, a twitter user seems to have revealed the fact that he spoke to one of the younger Eternals cast member – Zein Al Rafih, who told him – “I play the role of a kid whose father gets killed by sea monsters”. Furthermore, Rafih revealed that his character is then replaced by an older actor since the character grows up with time.

Salma Hayek posted this image on her Instagram with lead actor Lia McHugh, who is playing the never-aging Eternal Sprite, and the 15-year-old Syrian actor Zein Al Rafih. So, this does make us think that Rafih could be playing a vital role in the film, which could perhaps turn out to be Namor. And if Namor is coming in The Eternals, then so is Atlantis. The only thing we need to figure out is whether The Eternals will actually give us a full look at Atlantis underwater, or will it show us a few of the pre-oceanic days of Atlantis.

The reason we think that we should get a look at Atlantis before it drowned is to save future run time. Once people will have seen how Atlantis used to be, the future films like Black Panther 2 and the solo Namor movie won’t have to especially show how Atlantis used to be a nation that existed on the surface of Earth. Furthermore, the sinking of Atlantis is actually tied to the Deviants and Celestials in the comics. That gives us all the more reason to believe that the aforementioned theory will come true in The Eternals. Let’s see what happens.