War-Ships in Pirates of The Caribbean:

What would a pirate be without his ship? What would a sailor do without a sloop? The Pirates of the Caribbean movie franchise has shown us some of the finest Medieval Era ships form the Age of Piracy. It is time to have a look at the best and finest of the lot. 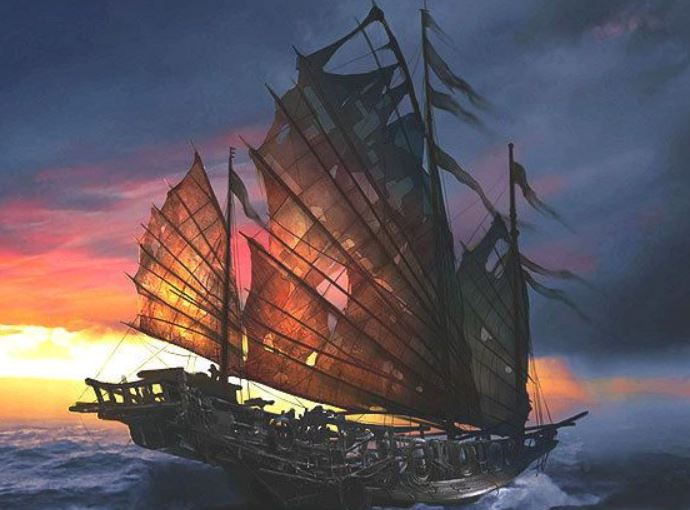 The Empress was Sao Feng’s most prized possession. As the Flagship of the Pirate Lord of Singapore, the Empress was a Chinese Junk vessel that had been re-enforced to the point that it had become a floating fortress. The Empress had 15 super heavy cannons. It could house more than 600 tons of Cargo while some claim that it could house more than 1000 tons easily. It was still fast and agile to outrun the military patrol frigates of those times. Sao Feng’s Flagship also had amazing firepower both conventional and unconventional. Up until now, The Empress is the only known Pirate Ship to use Stink Bombs – cannonballs made out of clay and containing gun powder, sulfur, acid as well as different concoctions of chemicals that are lethal to human beings.

The HMS Interceptor was touted to be one of the two fastest ships in the service of the Royal British Navy, the other being HMS Dauntless. It was a War Brig that was re-mastered to become a frigate. The Interceptor was commandeered by Captain James Norrington and would go on to fight the Pirates and other Nations’ enemy ships on the high seas for the years to come, successfully defending His Majesty’s interests in the Caribbean and beyond. The Interceptor is so dreaded by the pirates because it essentially spells doom for any pirate that meets it in the High seas. The Interceptor has chased and captured some of the most dangerous and wanted pirates in the world! The only ship that can outrun the Interceptor is said to be the Black Pearl. The Ship comes armed with 16 Cannons and 2 swivel guns. 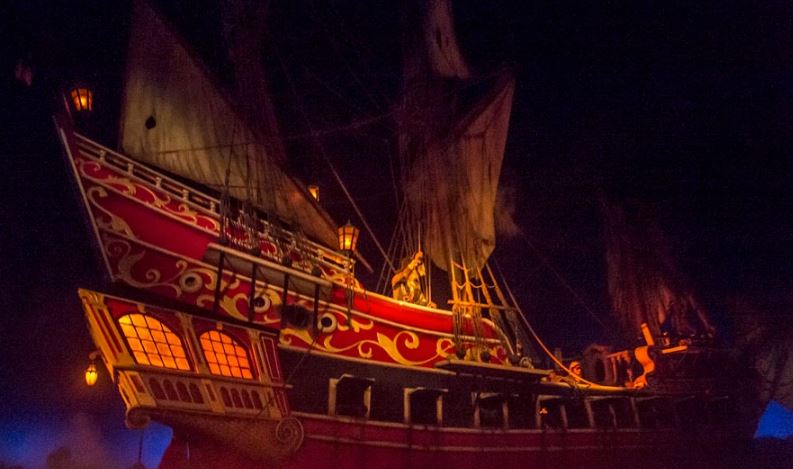 Many do not know this but it was not the Black Pearl that was supposed to attack the Port that had Jack Sparrow imprisoned, it was supposed to be the Wicked Wench. There were last-minute changes to the storyline and the Pirate captain was replaced with Hector Barbossa. The Wicked Wench is a powerful and infamous three-mast Galleon. It has 18 cannons placed all over the deck in strategic locations to have 360-degree firepower. The Wicked Wench was also armed with an iron ram and had the ability to destroy a stone fortress with it. Its cannon barrels are also made up of special steel that gives extra firepower per powder keg. 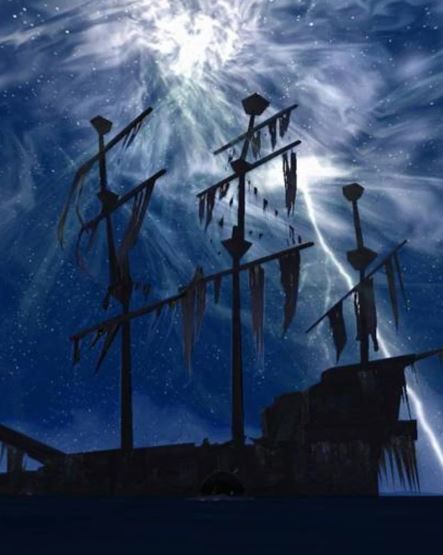 The Harkaway was a Ghost Galleon captained by the infamous Jolly Roger. Jolly Roger had a crew that was un-dead and zombie-like just like Hector Barbossa’s Black Pearl Crew. The Harkaway was a very fast and nimble ship. It did have enough firepower to make the enemy sweat though. It also had supernatural abilities. The ship was always accompanied by fog and had the power to teleport. It could also fire Firebrand Broadside cannonballs. It was also known to use Thunderbolt Cannon Balls. The Harkaway has successfully invaded and attacked French and Spanish colonies in the Caribbean and at such a blistering pace that the enemy was not even able to muster up the time to counter-attack. 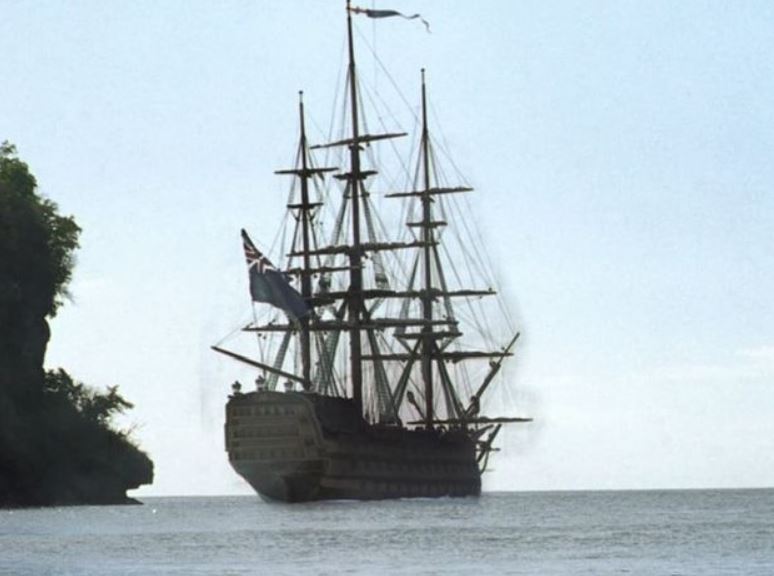 HMS Dauntless was probably the greatest ship in His Majesty’s Possession. The Pride of the British Royal Navy, it carried over 100 Guns to battle and a crew that numbered in a few hundred. Armed to the teeth and piloted by the most experienced group of sailors in the British Royal Navy, HMS Dauntless was a force of nature when hunting for Pirates. Its firepower was spread all over the deck of the ship, giving it a distinct advantage in battle. The only ship that could outclass the HMS Dauntless was The Silent Mary, which had over 76 thirty-six pound cannons. And 8 swivel guns. The HMS Dauntless was also made with an aerodynamic design and incorporated the best in technology and naval architecture those times had to offer. 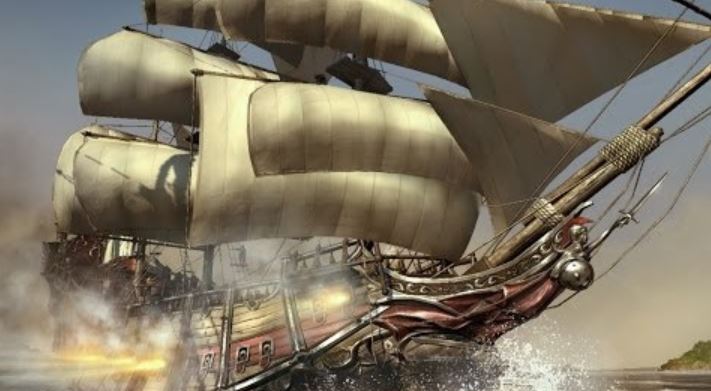 Nemesis is nothing more than a piece of junk now. It’s wrecked and lies beyond the point of being salvaged. But it is one of the most legendary ships of its time. It was once captained by the famous Captain James Sterling. The Nemesis has a rather swollen mast and was armor-plated. It had thick hardwood layers were strong enough to bear multiple cannon fire rounds. The ship was also armed with 24 heavy cannons that could punch a hole through a mountain if need be. After Sterling took control, he decreased the crew and increased the number of guns to 42. Nemesis also has a naval ram on its hull that can take down an approaching ship at full speed. The Nemesis now resides on a volcanic island populated by Cannibals. Nobody goes near it since it is cursed.

Queen Anne’s Revenge was the Flagship of Blackbeard. The Pirate Lord’s ship came embedded with cannons all over its body and had a hull made out of human skeletal remains. Blackbeard had the Sword of Triton in his possession. As a result of the abilities granted by the sword, Blackbeard could control each and every aspect of the ship, starting from the mast and sails to the rope and cannons, like it was his own extension. Queen Anne’s Revenge was extremely fast and could spew Greek-Fire from its mast to incinerate nearby ships. It is by far one of the deadliest warships ever built and it could have been placed higher on the list if not for the top three entrants. 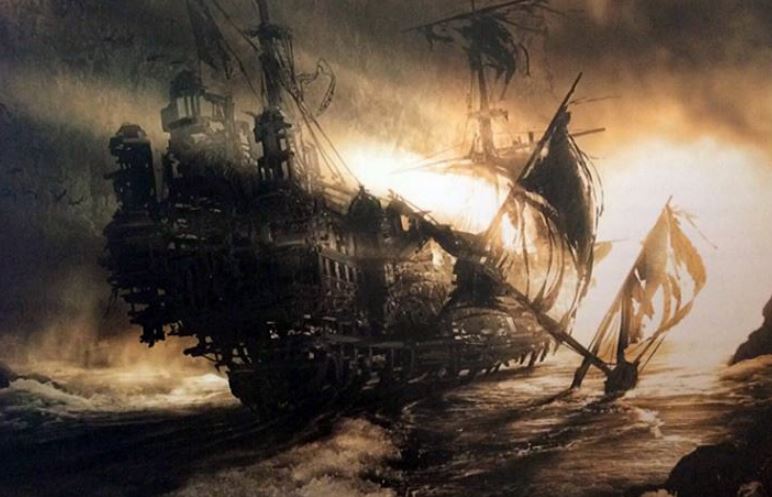 Once a Spanish Royal Navy Galleon captained by Armando Salazar, it was the pride of the Spanish Armada and the most feared Pirate Hunting Ship in the Caribbean. After Jack Sparrow tricked Salazar into being trapped in the Devil’s Triangle, the ship became a Ghost Ship piloted by an undead crew. The Ship became a specter but it never lost its strength and ferocity in battle. The Silent Mary has the greatest level of firepower on this list, securing its number three position. It had a total of 76 cannons of the 36-pound class. That is the most number of cannons available in any ship during the 18th Century. Apart from that, there were 8 other 36 Pounder Cannons, four each on the quarter deck and forecastle. It was also very silent and stealthy.

Now we know that the Wicked Wench would one day become the Black Pearl, they are by far two different ships. The Wicked Wench was captured and turned into a merchant’s vessel. It again returned to a life of piracy after being recaptured by Jack Sparrow, re custom and remodeled, and rechristened to become the legendary Pirate Ship to sail the Seven Seas. The Black Pearl was, by and large, a completely different ship. Its Black Paint and Soot colored sails were perfect for the crew to hide in the dark. It was so fat not even British Royal Navy Ships had the speed to catch up to it. The Black Pearl has legendary levels of firepower. It had 32 twelve-pound cannons. Out of the 18 were on the lower deck, and 14 on the upper gun deck. It could take inhuman amounts of punishment that would easily sink the greatest British Navy Ship and still remain seaworthy. 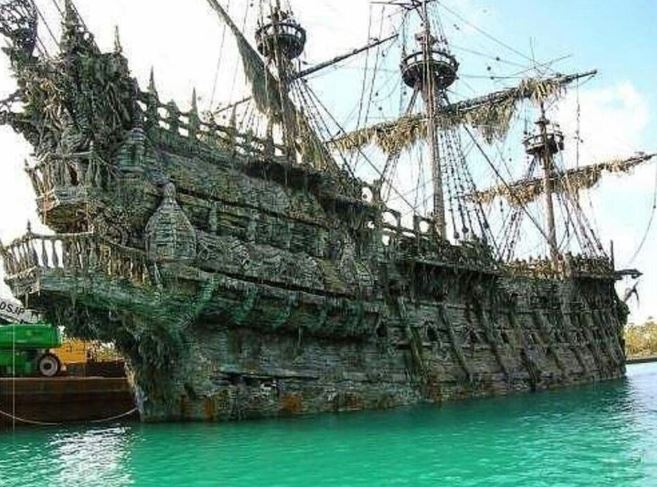 The Flagship of Davy Jones, it was a gift given to him by his love – Calypso – Goddess of the Sea. It is an infamous supernatural ghost ship that was forever doomed to ferry souls to the after-life. The Flying Dutchman had the ability to travel not only on the water surface but also dive underwater. It is also claimed that the ship could turn invisible and the Captain of the Ship had the power to control the Kraken, a massive octopus-like beast that can engulf an entire ship whole.

Whoever died at the hands of the Kraken would end up in Davy Jones’ Locker, desolate endless land where nothing ever ages, and once inside, you are trapped forever. The Flying Dutchman was armed with 42 cannons and two Chase Guns to ward off enemies.

Tags
Pirates of the Caribbean War-Ships 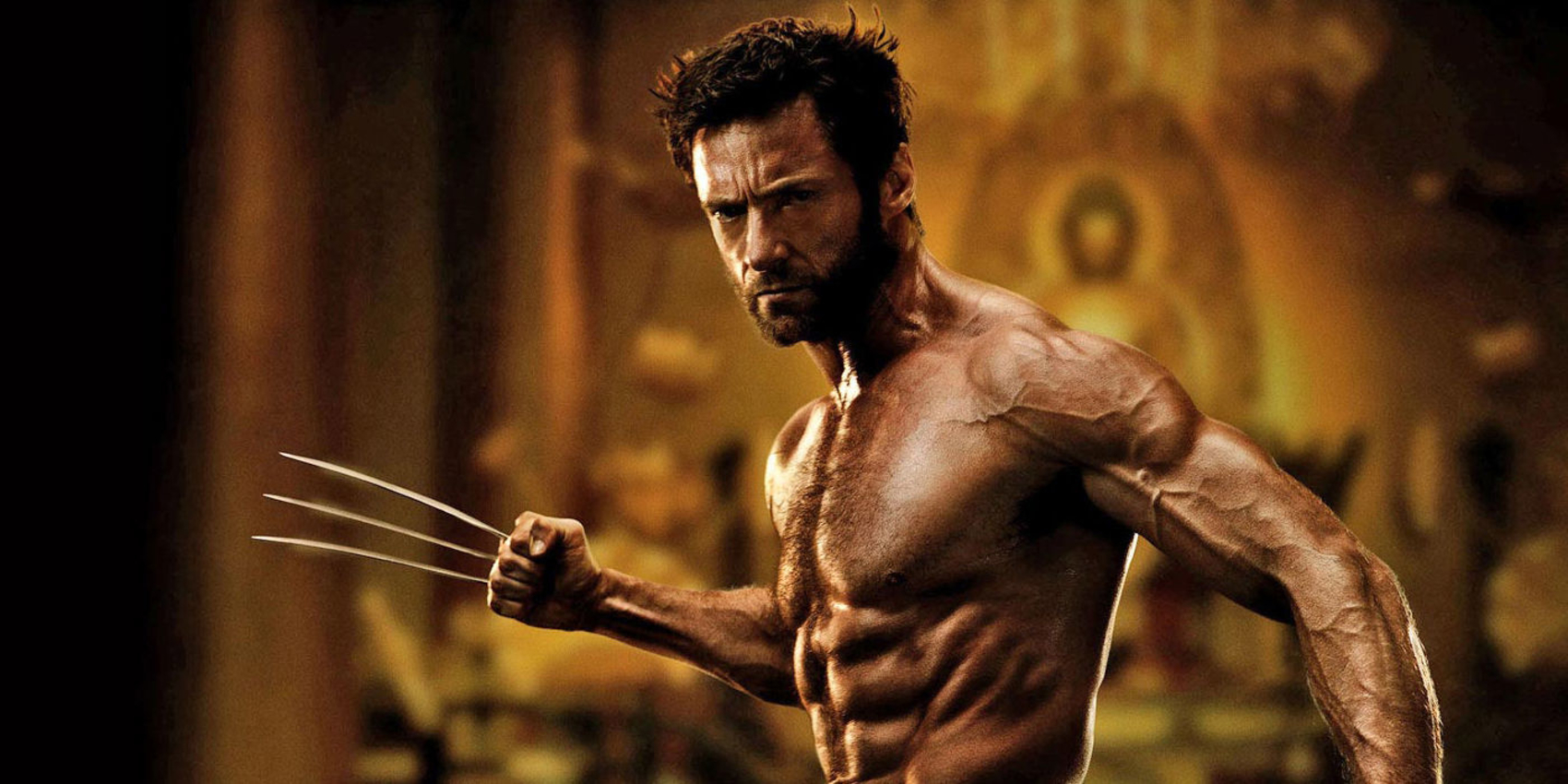 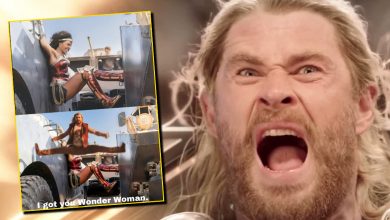 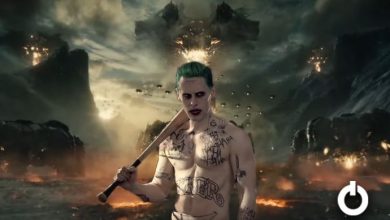 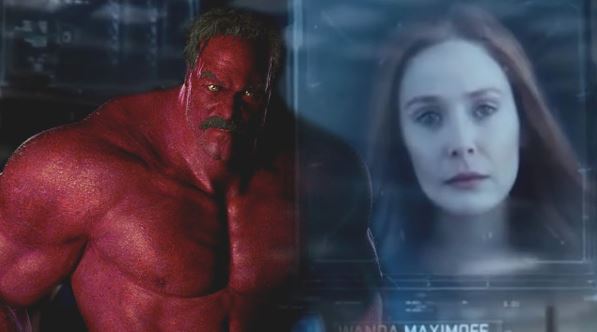