Now that every Phase 4 film has been pushed by one slot, it does seem like the next Phase of the MCU will begin with a TV series instead of a film. The Falcon And The Winter Soldier has been reported to arrive in August, but it could shift to October or December because a few key parts are yet to be reshot. The reshoots were going on but the Coronavirus Pandemic led to a production halt. We actually believe that Black Widow was supposed to set up some elements of The Falcon And The Winter Soldier and that’s why the show might arrive in December.

Now let’s get into the details. Here’s everything that is confirmed about the Series:

Tie in to the films – Kevin Feige claimed that all the Disney+ series will directly connect with the movies. To understand the shows we will have to watch the films and vice-versa. Feige teased that The Falcon And The Winter Soldier will have ramifications that will be dealt in Doctor Strange in the Multiverse of Madness. Also, it has to have a connection with Black Widow.

Characters – Sam Wilson will return but he won’t be Captain America right from the beginning. Wyatt Russell’s John Walker will be chosen as the new Captain America and he’d also get the shield Sam got from Cap. Bucky will make his name as the White Wolf. Sharon Carter is returning. Baron Zemo will be the main villain. Along with John Walker aka US Agent, we will also be seeing Lemar Hoskins aka Battlestar. Carl Lumbly will appear as Isaiah Bradley and might be the Captain America from the 60s. Adepero Oduye appears alongside Anthony Mackie in the set photos. She’s probably playing Sam Wilson’s love interest, Leila Taylor. 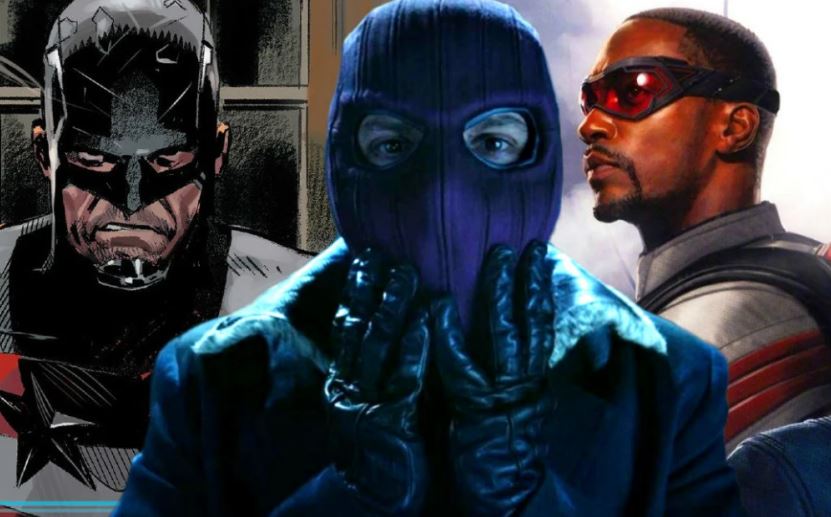 Masters of Evil – Zemo will become the comic accurate villain with his mask and everything. He will also lead a team of villains. Songbird will be a part of the team. We might even see US Agent and Battlestar join this team.

Madripoor – Set photos have shown a flag of this mutant location from the comics. So we believe that one or two mutants might make their debut.

Here’s everything that is rumored about the Series:

Thunderbolts – Obviously there are plenty of rumors going around. But one of the bigger ones that most likely will come true is none other than the Thunderbolts which will be set up in Black Widow. Rumor has it that Taskmaster, Secretary Ross, Yelena Belova & Ghost from Ant-Man and the Wasp are supposed to make their cameo. Zemo will probably join the team.

Mind Control Super Serum – The recent trailer of Black Widow revealed that Taskmaster is controlling the Red Room Agents through a Mind Control serum. We have been asking ourselves that what exactly is Secretary Ross doing in Black Widow? Well, since he is working with Taskmaster, it’s likely that he is after the mind control serum. This version of the Super Soldier serum will be given to Wyatt Russell’s John Walker as he becomes the new Captain America. This way, the government could fully be in control of his actions.

Hydra – Another rumor suggests that Hydra will have some sort of presence in the show. Maybe Zemo will be the new leader trying to bring the evil organization back. Why is that? It’s because he is following the orders of someone who had been freed of the Soul Stone curse 5 years ago. We do expect a Red Skull reveal at the very end of the series setting up season 2.

Mutants – This rumor actually came from a plot leak for one of the episodes. Potential Spoilers ahead. Here’s the leaked plot: 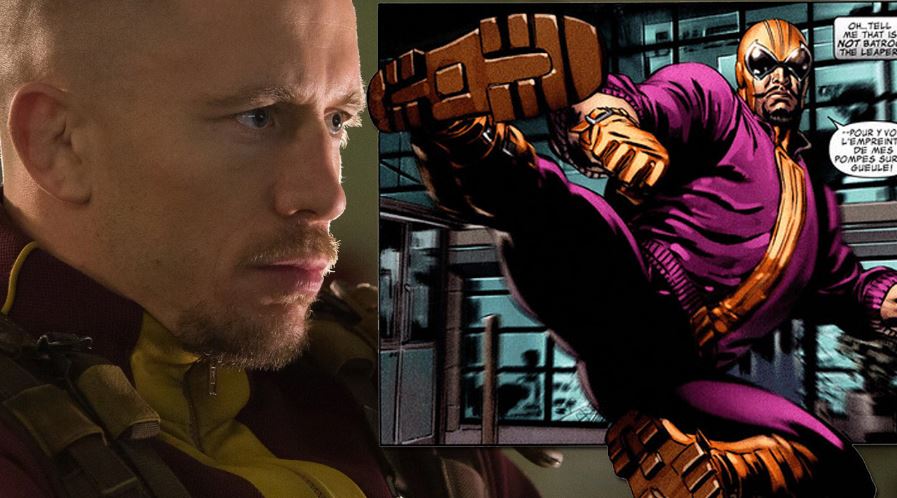 So, if this plot leak is right, then not only will Batroc the Leaper make his return, we will also see one of the Russian mutants – Omega Red. Back when the first trailer for Black Widow came out, actor Oliver Ritchers teased that he is playing another Russian mutant, Ursa Major in the film. If that is true, then we do believe that Usra Major & Omega Red will be connected somehow. 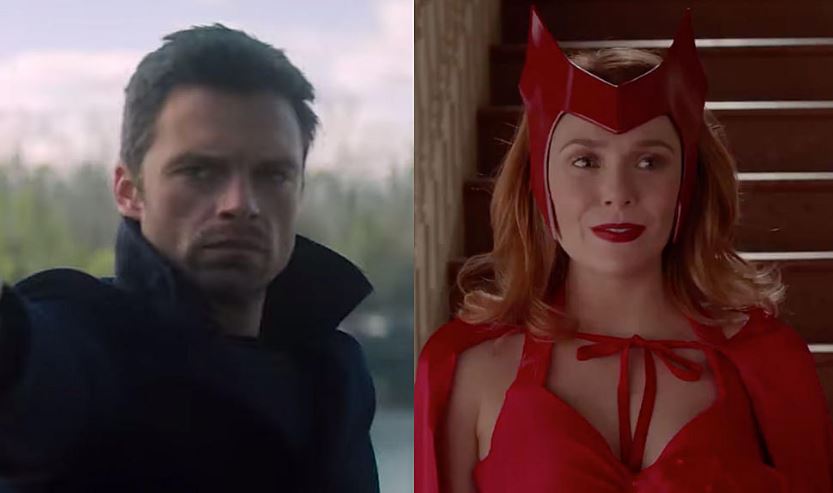 Our compilation of every The Falcon And The Winter Soldier detail ends right here. Let’s hope that the series arrives as soon as possible. 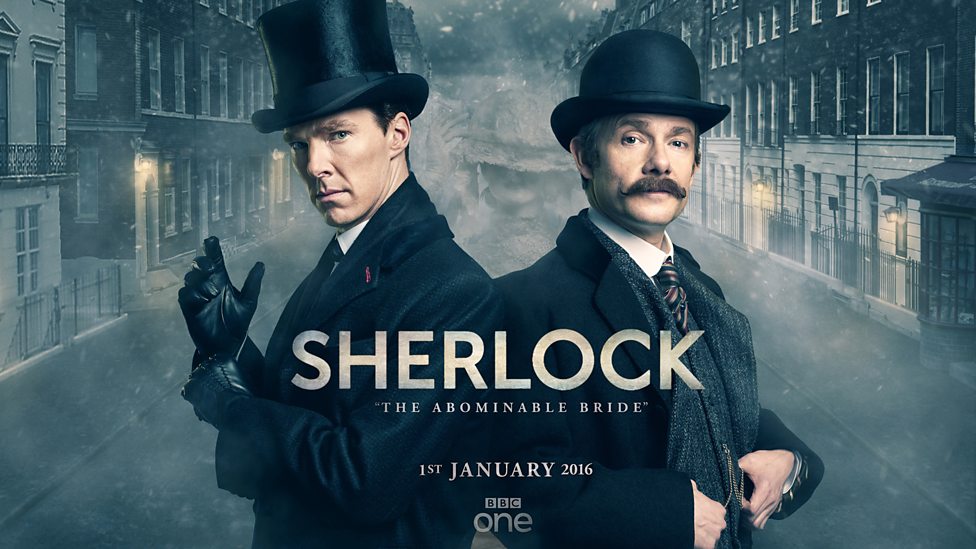 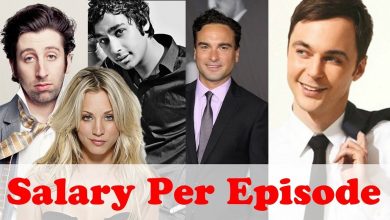 The Big Bang Theory Cast: Here Are Their Salaries For The First & Final Episodes 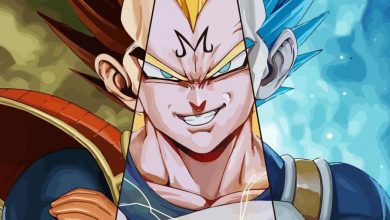 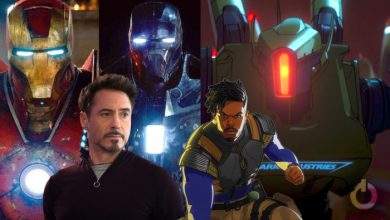