January 13 is the date when Marvel will drop new footage of Black Widow during the NCAA’s National Championship game. Marketing for Black Widow is happening big time. A full trailer for the movie is probably still a couple months away, but we’d end up seeing TV spots with new footage in the meanwhile. As of now, we’re gonna have to do with just new images and stills from the film. A new one has already arrived. Take a look:

This image teases the scene that takes place right after Natasha encounters her sister Yelena Belova, and the two fight before ultimately teaming up. Yelena seems to be carrying a backpack that contains something of extreme importance as she & Nat escape on a motorbike. This is probably the first time Taskmaster comes after them, or it could perhaps be Melina as we saw a third Black Widow chasing Yelena & Natasha in the trailer.

The new footage that will be shown at NCAA’s National Championship game could actually be inclusive of the scenes that were exclusively shown at Sao Paulo Brazil Comic Con Experience. Here’s a description of the footage shown over there: 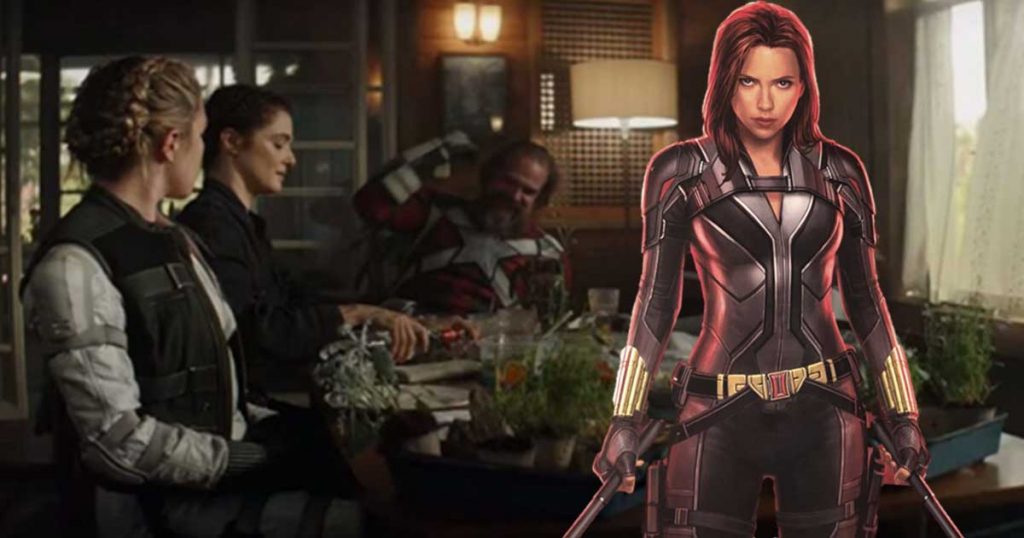 Kevin Feige also said that Black Widow will reveal us a secret for the future of the MCU, and that is confirmed that what happened in Budapest will be explained.”

Black Widow may seem like a one off movie, but it does have major importance as it will set up future events of the MCU. Some people (us) believe that Natasha could return as a clone in the post credits scene (just like in the comics) in order to set up a sequel. But no, Black Widow will mostly set up a future that will involve the Thunderbolts. General Ross is already part of the film and it’s believable that he’d recruit Taskmaster & possibly even Yelena Belova to form his own team inclusive of former villains & anti-heroes. This team could further go on to include Ghost, Baron Zemo, Justin Hammer & even Abomination. Let’s see what happens.