Joker actor Joaquin Phoenix has left everyone mesmerized after his incredible performance. He recently won the Golden Globe in the Best Actor category as well. His stand on climate change was the highlight of his Golden Globe speech. The speech was so raw that it had to be edited out for the TV audience. He later participated in a climate change protest, where he among hundreds of other protestors were arrested. 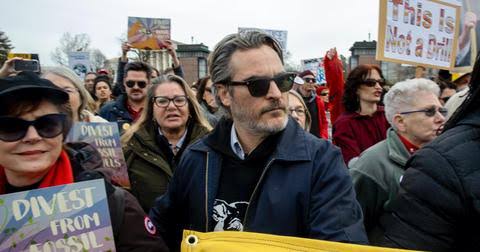 Phoenix took part in the weekly protests against climate change, started by Hollywood veteran Jane Fonda. He even addressed the crowd of around 300 people before being arrested by the police.

His words took a direct stand against the meat and dairy industry for being the third leading cause of the climate crisis.

Sometimes we wonder what can we do in this fight against climate change, and there is something that you can do today and tomorrow, by making a choice about what you consume.

There are things I can’t avoid. I flew a plane here today, or last night rather, but one thing I can do is change my eating habits.

Besides Joaquin Phoenix being arrested, the veteran Hollywood star, Martin Sheen was also arrested. Among other Hollywood stars, actors Maggie Gyllenhaal and Susan Sarandon also participated in these protests. 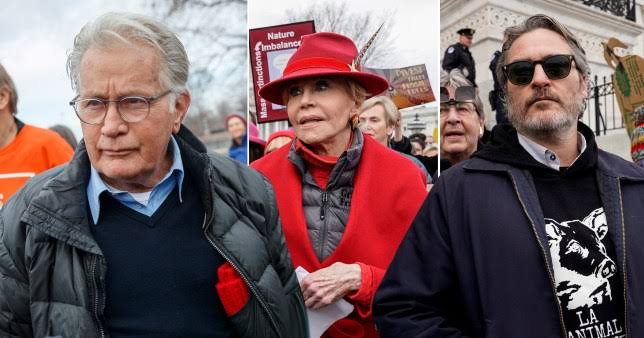 The arrest happened in Washington DC, where the Capitol Police arrested almost 147 people. Joaquin and other protestors were charged with crowding, obstructing or incommoding.

These protests were started by Hollywood veteran Jane Fonda. She called Joaquin Phoenix “one of the greatest living actors today”. She has been holding these protests every Friday, as part of a weekly protest against the deep climate crisis, the world is witnessing. Her procession has almost always ended in arrest. 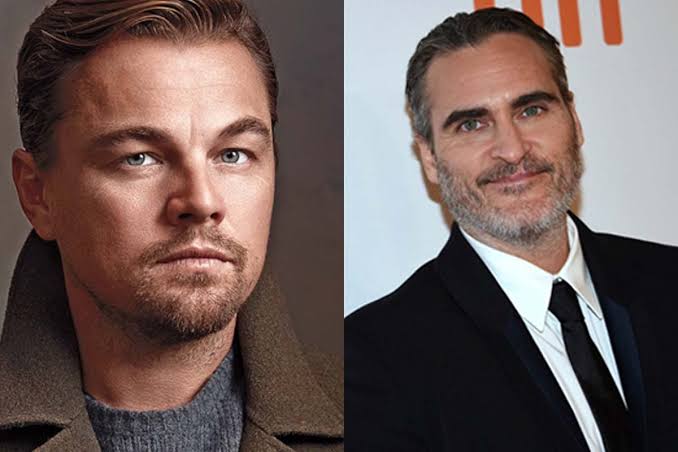 Earlier, this month after winning the Golden Globe, Joaquin Phoneix urged Hollywood to stand up and talk about climate change. After Leonardo DiCaprio, Joaquin has been one of the most influential Hollywood stars speaking upon climate change.

And now the Joker has spoken, let us all abide and build a better environment. If you also stand with Joaquin Phoenix and realize how serious this issue is, please do share this. People need to realize climate change is serious and we need to act against the factors causing it. Let us stand up and be heroes in our own regard.