As far as adventures go, there are seldom superheroes that come as close to having as many as the Silver Surfer has had in his lifetime. The guy has defeated cosmic level threats, been a servant to a being that predated the Big Bang as well as help him devour entire civilizations. He has also helped save the universe multiple times. The Silver Surfer, imbued with the Power Cosmic, is a force to be reckoned with. Even Thanos the Mad Titan fears his strength and thinks twice before crossing paths with him. Born as Norrin Radd to an ancient and advanced alien civilization, the superhero that would become the Silver Surfer was visited by Galactus aka the Devourer of Worlds, who spared his planet after Norrin Radd agreed to become his Herald and find planets for him to feed upon. The Silver Surfer has come a long way since then.  It is time to for you guys to figure out just how powerful he really is. 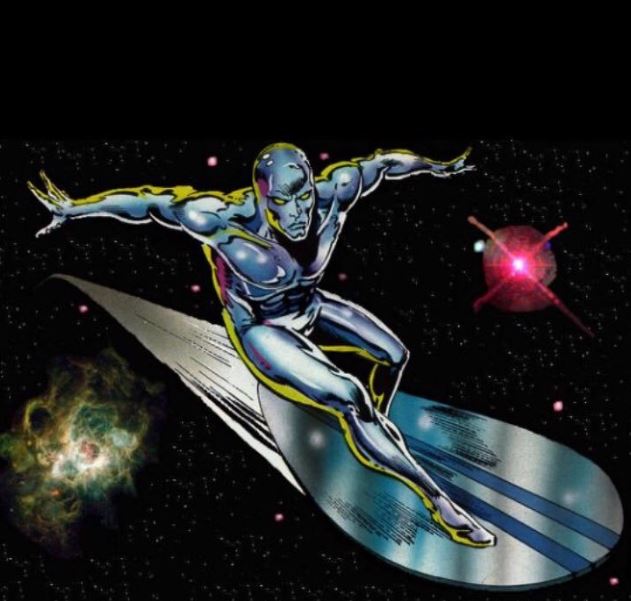 There is a reason the Silver Surfer was given the board by Galactus. The Board has special properties that allow the Surfer to reach anywhere in the universe in a matter of seconds. Even at light speeds, there are some parts of the cosmos that you may be able to reach only after, say, 100,000 years or something. Using the Surfboard, the Silver Surfer can traverse the distance in a matter of seconds. It almost looks like he is teleporting. The board also gives him heightened spatial awareness since travelling that fast would mean you have to anticipate obstacles that fall within your trajectory while travelling through the vacuum of space. 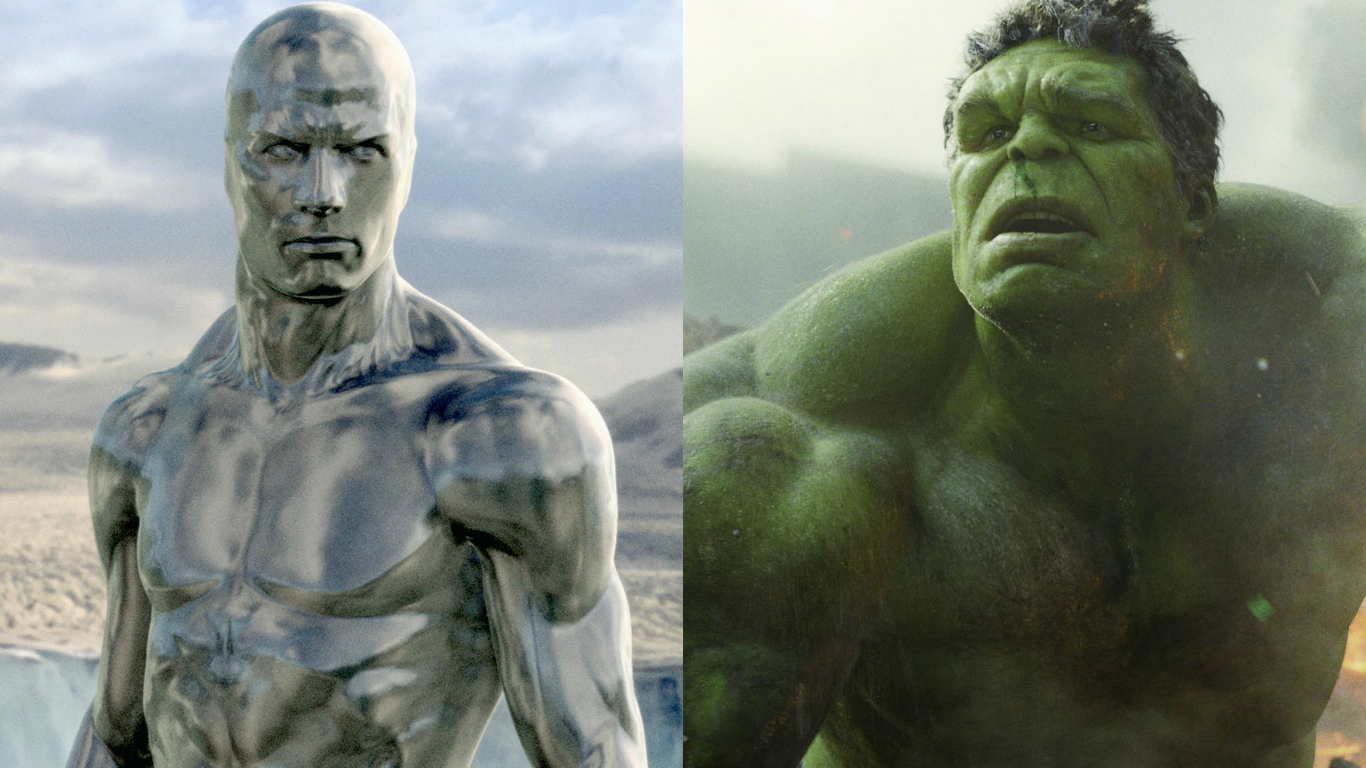 The Silver Surfer’s chiselled body is not just for show. He is not just capable of using crazy amounts of energy but also use the same Power Cosmic to enhance his own physical attributes to superhuman levels. The Hulk, one of the greatest superheroes when it comes to raw, brute strength, is a force of nature when he is in a furious state. Turns out, the Silver Surfer has defeated an angry Hulk using nothing but his board. Once, he just rammed his board into the Hulk and the Jade Giant went into immediate unconsciousness. The next time, when the Hulk was again angry, the Silver Surfer just used his Power Cosmic to absorb all the gamma radiation emanating from the Hulk. The result was simple – without his gamma radiation powering him, the Hulk turned back into Brice Banner and the Surfer defeated him pretty easily.

3. He is worthy of Mjolnir 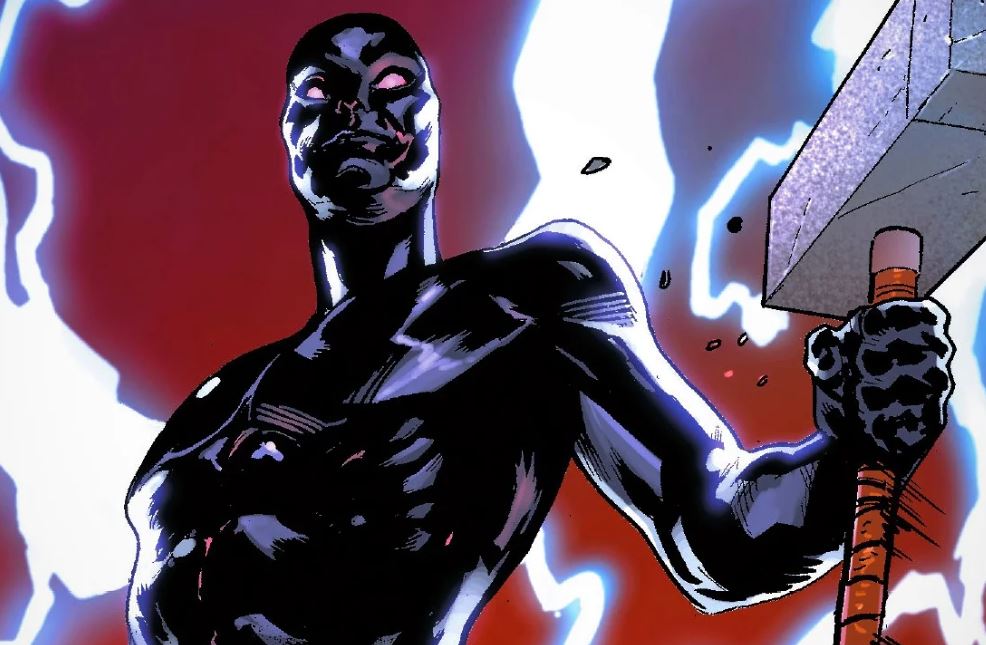 The Silver Surfer has suffered immensely. He has managed to survive all the agony that was inflicted upon him. He entered into an agreement of eternal servitude for Galactus in return for saving an entire planet housing millions of innocent lives. The Surfer has always put the greater good in front of his own selfishness. That is why he is worthy of the mythical Asgardian weapon. In Thanos #16, we see Thanos, who has conquered the entire universe and now is the sole ruler of all creation, waiting for an enemy to knock at his doorsteps. The Ruler of the Universe is scared!! No one knows who this ‘enemy’ is. And then the big-reveal would later blow everyone’s mind away. It is revealed that Silver Surfer is the enemy Thanos is scared of. The Silver Surfer now holds Thor’s Hammer in his hands.

4. Fought the Devourer of Worlds and lived to tell the tale 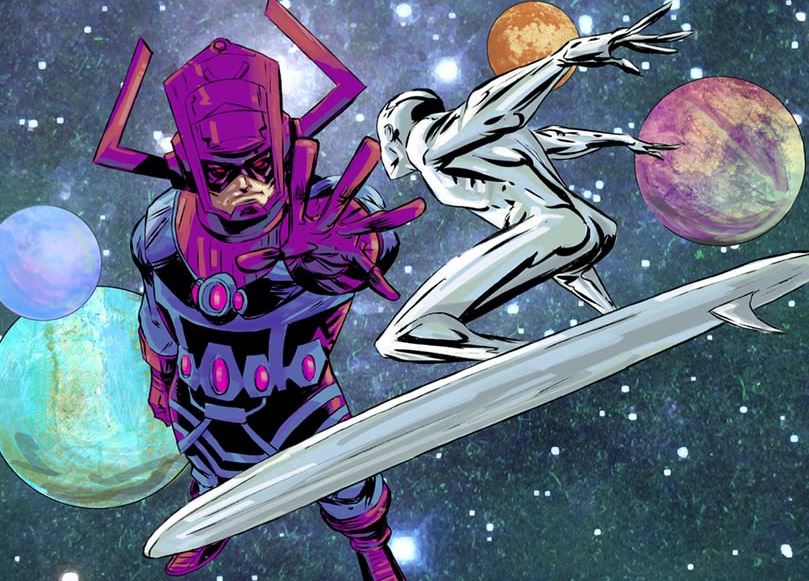 The Silver Surfer is not the first Herald of Galactus. There have been several others before him and several others that came after him. Still, he is seen as a legend within the gallery of Heralds serving under the Devourer of Worlds. And that is because he was one of the first-ever Heralds to rebel against his own master. In the first Fantastic Four issue where the Silver surfer switched sides and helped the Fantastic Four fight Galactus, he was responsible for keeping Galactus at bay. He not only did it using the power Galactus himself bestowed on him but also survived the ordeal.

5. Not even a Black Hole could kill him 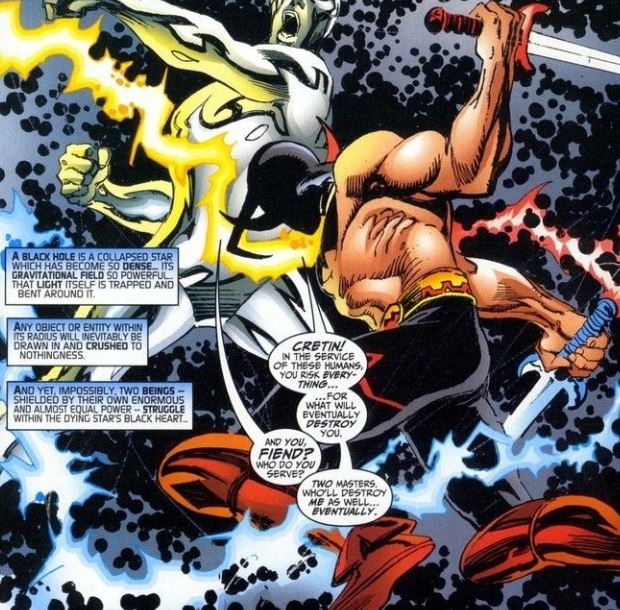 After the Silver surfer left his job of being a Herald to one of the most powerful beings in the Universe – Galactus, the latter decided to hire another alien to become his Herald instead. The new herald was called the Red Shift and he had the ability to use his swords to rip apart the space-time continuum to create Black Holes. He used this ability offensively and was quite good at it. Then he met the Silver surfer. In a bid to kill him, Redshift trapped the Surfer inside a Black Hole. The Silver Surfer managed to defeat him even though he did not have his board with him. He not only defeated the Red Shift but even came out of the Black Hole alive and kicking, proving not even a celestial rift can take him down. 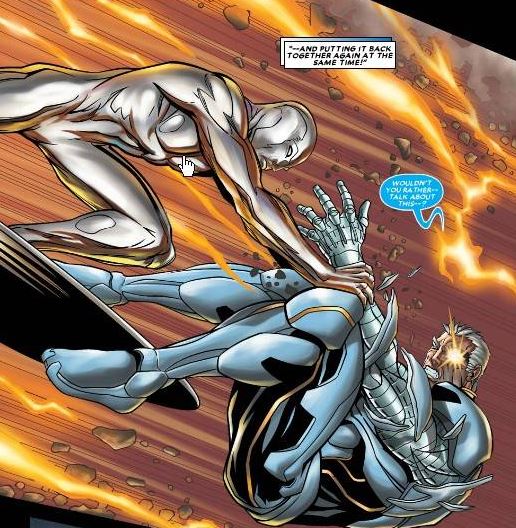 Cable is the son of Madeline Pryor (A Jean grey Clone) and Cyclops of the X-Men. He is an Omega level mutant. Cable has crazy telekinetic powers. He is also a well-versed telepath. Nobody knows Cable’s true extent of abilities. At one point of time, Cable was able to lift an entire city using just his mind and keep it floating in space. But there is one flaw – Cable is infected with the Techno-Organic Virus. Most of his powers are directed against keeping the Techno-Organic Virus from spreading to other parts of his body. But there are times when Cable has managed to get back to his true potential. When the surfer tried to stop him, he literally broke his board!! No one had managed to break the Silver Surfer’s board before he proved that it was possible. But the Surfer managed to use a powerful cosmic energy beam to melt Cable’s arm and knock him unconscious. 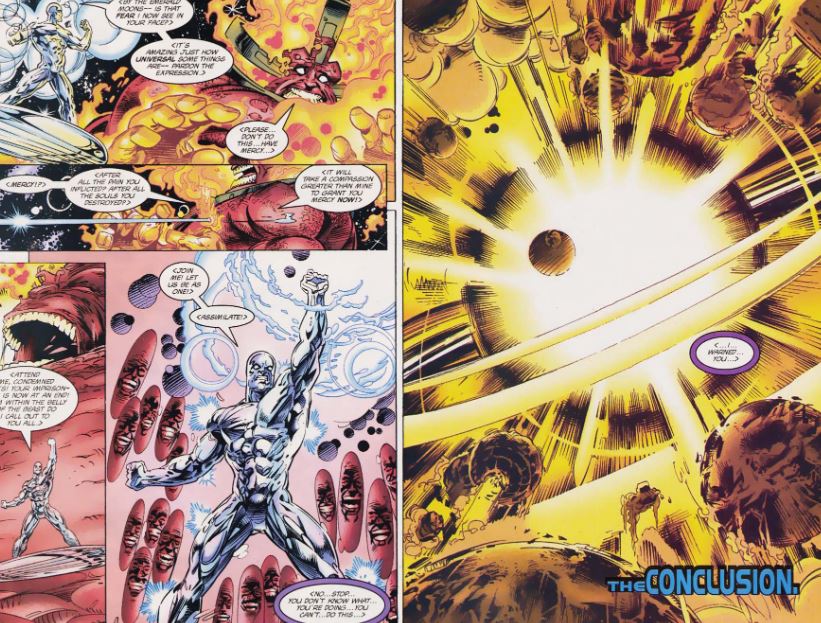 As we said, there are several other heralds of Galactus. One such Herald that fell on Galactus’ bad side was Morg. His violent behaviour and careless attitude made even Galactus shiver, which is saying something. So Galactus decided to disown him. Morg was never one to take lightly to rejection. When he heard the Devourer of Worlds had hired a new Herald, he decided to challenge him to a fight. The Silver surfer and Morg fought against each other in a desolate planet. The shockwaves from their fight turned the entire planet unstable and it soon exploded. Morg was later found unconscious in all the rubble floating in space. The Silver Surfer just dusted himself and got back on his feet.

8. Accelerated the evolutionary process of an entire planet 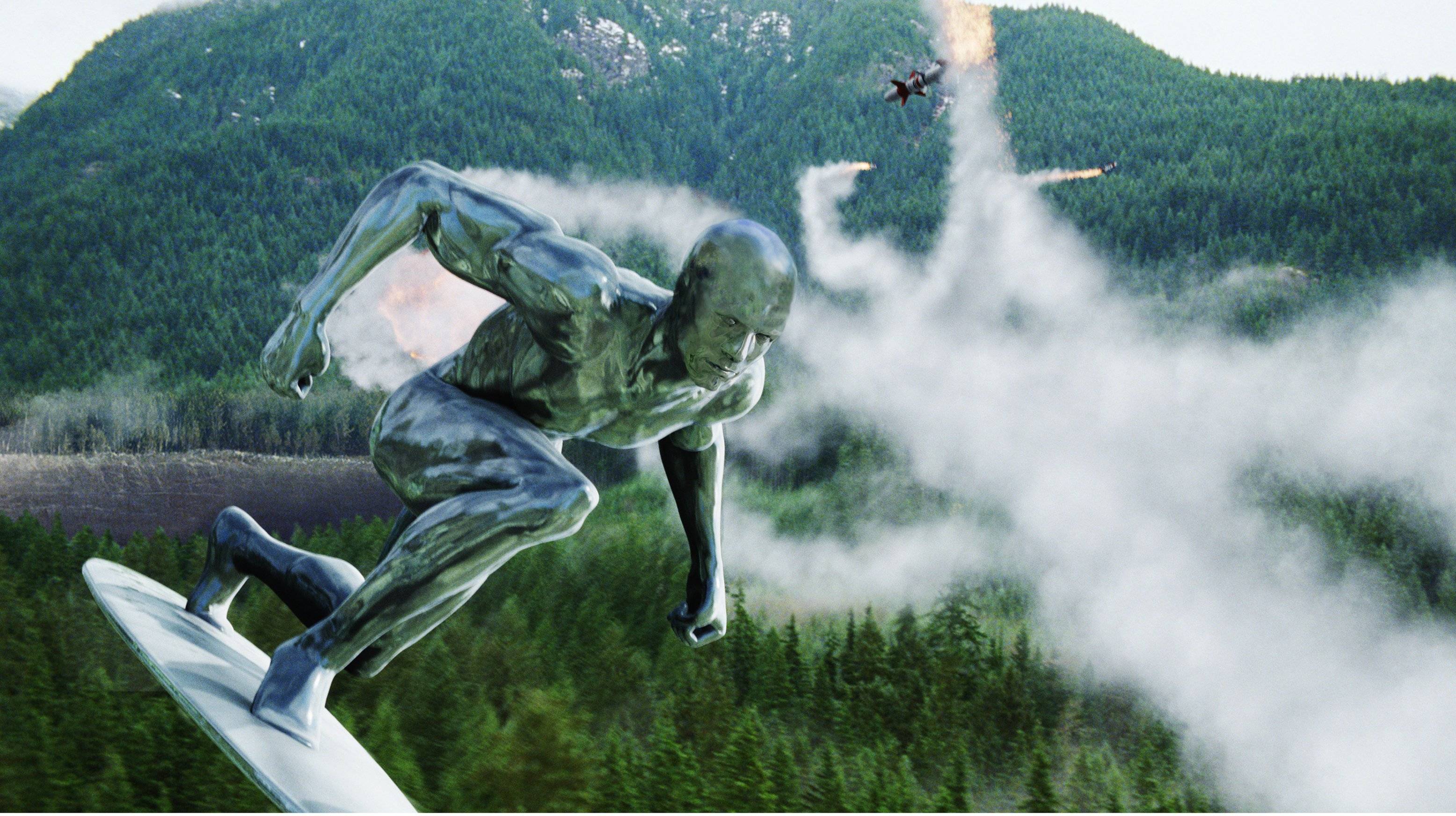 The Power Cosmic is a potent energy source that is basically the remnant of the leftover energy from the Big Bang. Several Cosmic entities use the Power Cosmic for various purposes. Galactus imbued Norrin Radd with the Power Cosmic and he then became the Silver Surfer. But unlike his master, the Silver Surfer has used his Power Cosmic for a variety of creative purposes. At one point of time, the Silver Surfer created such a huge amount of cosmic energy that it literally accelerated the growth rate of a whole planet. The Planet was supposed to harbour life only after billions of years of evolution. After the Surfer released the energy, the planet, which was at close proximity to the Surfer, went through the billion-year evolutionary cycle in a matter of seconds.

9. He is the Protector of the Universe

The Marvel Universe is just one of many different realities. There are alternate Earths and timelines that are just as unique. One such Earth is Earth – 691. Earth – 691 is eerily similar to the mainstream Marvel continuity with only one minute change in the overall course of events. In this alternate Earth, the Silver Surfer is not just imbued with the Power Cosmic but also the Quantum Bands. He is the official representative of the mantle of the Protector of the Universe!! Take that Captain Universe!

10. His perception of time is VERY different

Since he is not a normal sentient being, the Silver Surfer has additional abilities that do not come under the jurisdiction of normal human beings. Humans view time linearly. Past, Present and the Future happen in chronological order for us. The Silver Surfer uses his Power Cosmic to view time as a circle. With enough concentration, the Surfer can break downtime into segments and view the present or the past or the future the way he wishes to. That gives him a unique perspective of events no other superheroes has. Clairvoyance and Premonitions are child’s play for him. 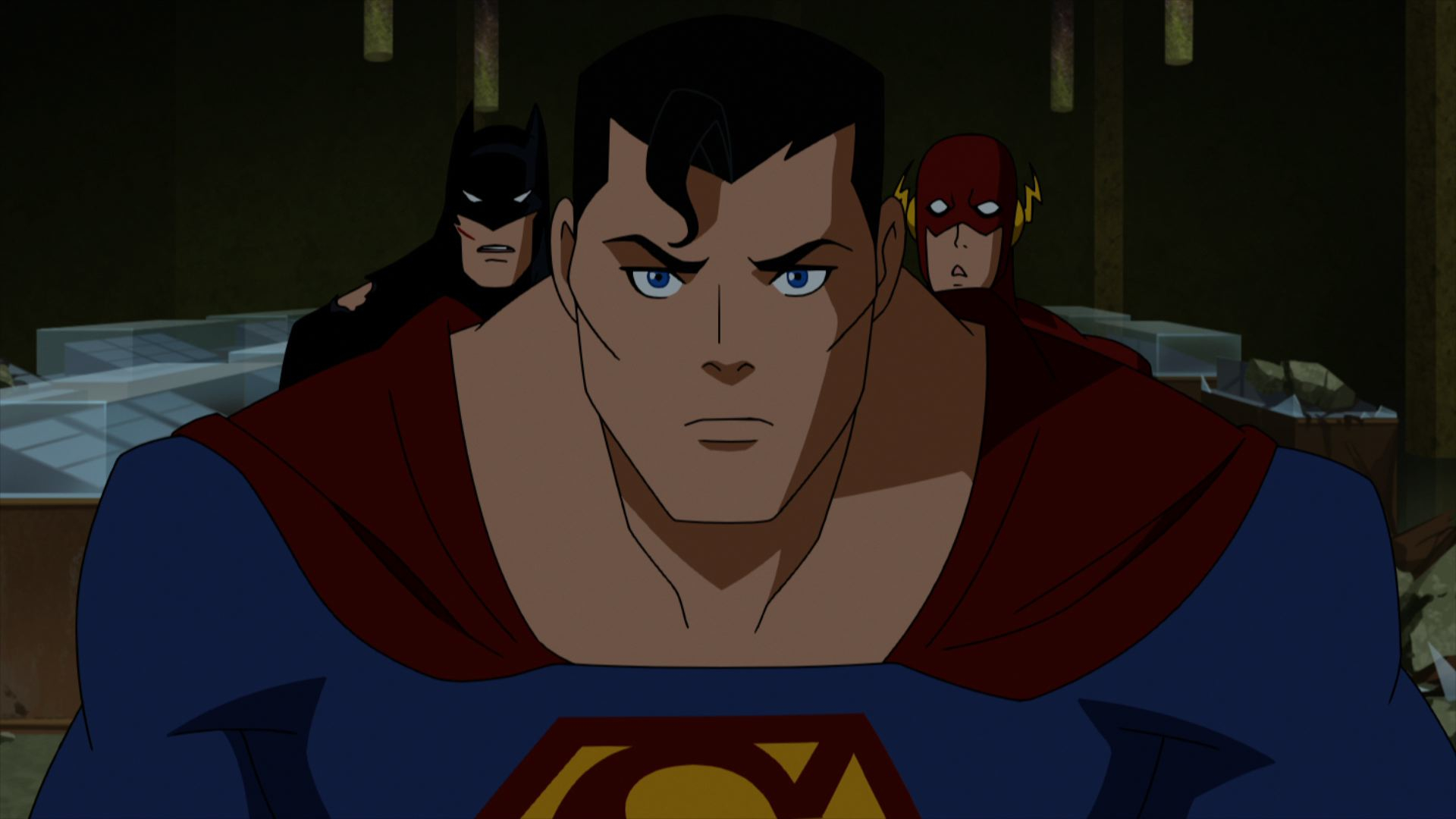 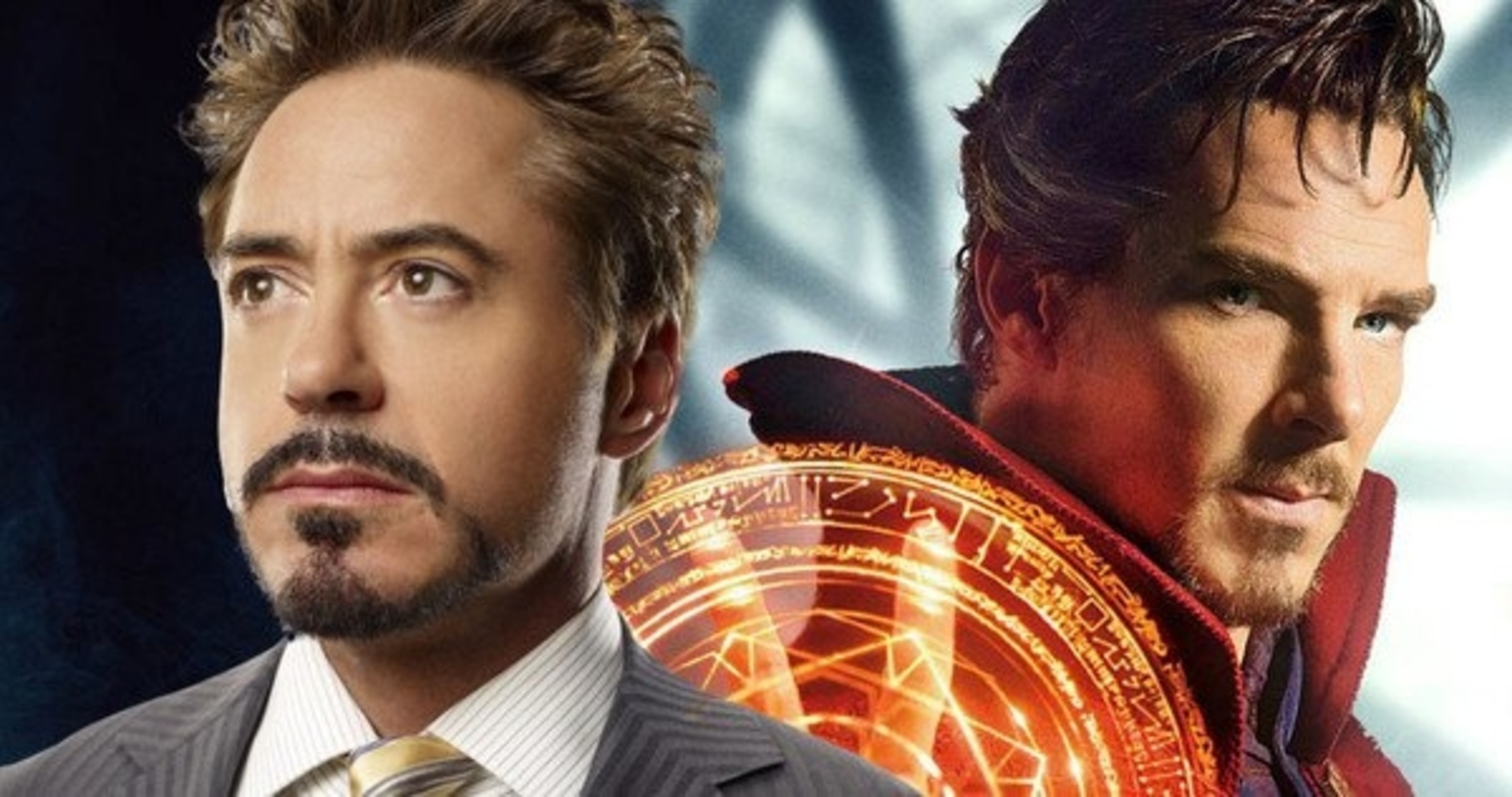