When it comes to people who love anime, there is seldom a guy that has not heard of Dragonball. For many, Dragonball was their very first anime. It was Dragonball that helped fans all over the world discover that anime can be just as cool and most of the times, even cooler than live action if done properly. In the world of anime, the list of popular, over-powered lead characters is endless. And at the top of the list is Goku, the Super Saiyan from another world that has now become the guardian of the Universe. But Goku is not at all the most powerful character in anime. There are several others that could dethrone him in a matter of seconds. Presenting – 10 Anime Characters that are way more powerful than Goku could ever be. 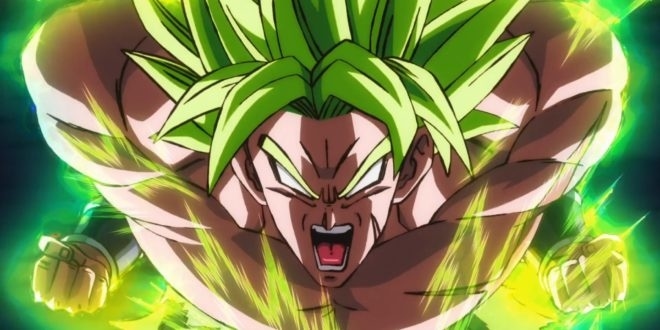 He is also a Saiyan warrior like Goku and Vegeta. But the difference between Goku and him is that Broly grew up in an environment that never gave him a chance to fight. Goku, on the other hand, has had more than decades of experience at sharpening his skills. And yet Broly proved to be more powerful than Goku in his base Super Saiyan God mode. When he achieved his legendary Super Saiyan mode, Broly’s power levels dwarfed Goku and Vegeta’s power levels by a factor of 40. Remember – Broly has had no experience at fighting powerful opponents like Goku did and he still managed to kick his ass. Imagine how powerful he could become once decides to put his heart and soul into training himself into becoming a warrior like Goku does every day.

Hagoromo Otsutsuki is the God of all Ninjas. Called the Sage of the Six Paths, Hagoromo was the guy who discovered a way to use Chakra into manipulating the physical world. The technique called Ninshu, was the progenitor of Ninjutsu, the technique that is now used by all ninjas in the world of Naruto. Hagoromo has the power to use planetary level techniques. He was the one who used his own chakra to create the moon. He is also the one who created the nine tailed beasts of power. Hagoromo Otsutsuki can even use the Sharingan and Rinngean, two of the most powerful Dojutsu techniques. His raw physical strength is also of God tier. By using his creation of all things technique, Hagoromo can re-write reality if he wishes by just willing it. And he cannot die since he can resurrect himself back from the afterlife. 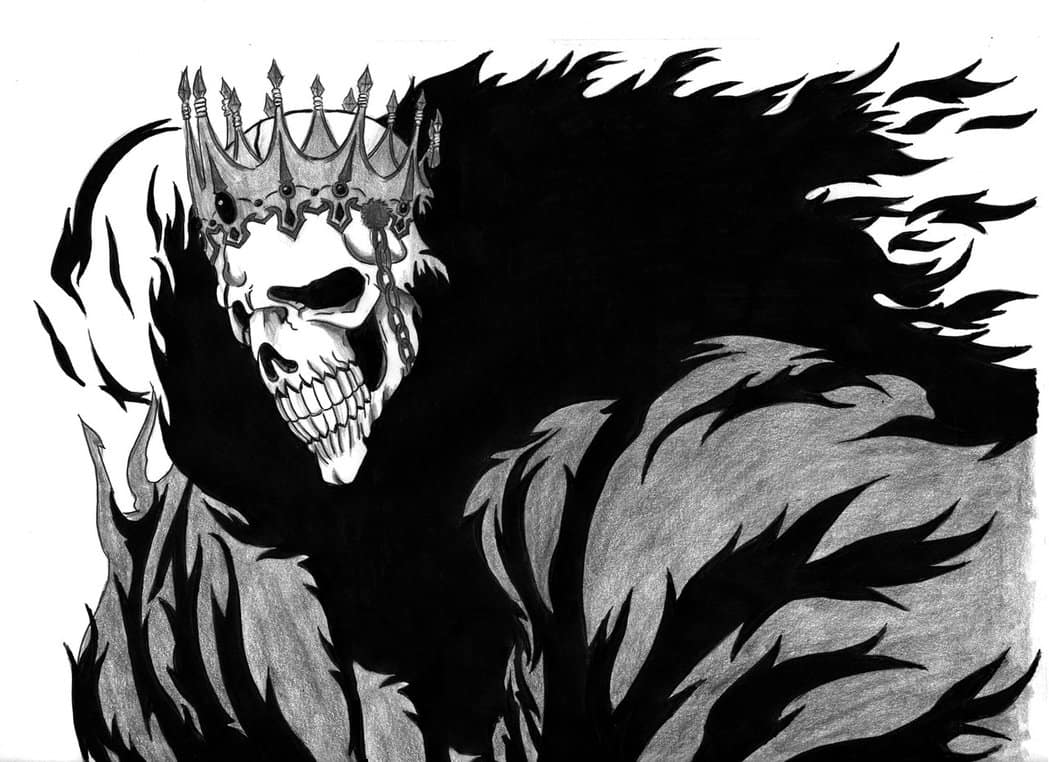 Baraggan Louisenbairn immortal. He just cannot die. Goku, on the other hand, is still a mere mortal for all his strength and power. Baraggan ‘s impressive skill set is more than enough to take down Goku. Baraggan can manipulate time itself. By creating a time dilation field around him, he can reduce the speed of any object that comes his way, even to zero. But there are also other far more impressive abilities. Baraggan just needs to come near Goku and he will wither to dust by old age. His power of Respira gives him an additional edge. Baraggan cannot just slow down time but also speed it up.  How do you deal with someone you literally cannot stop? 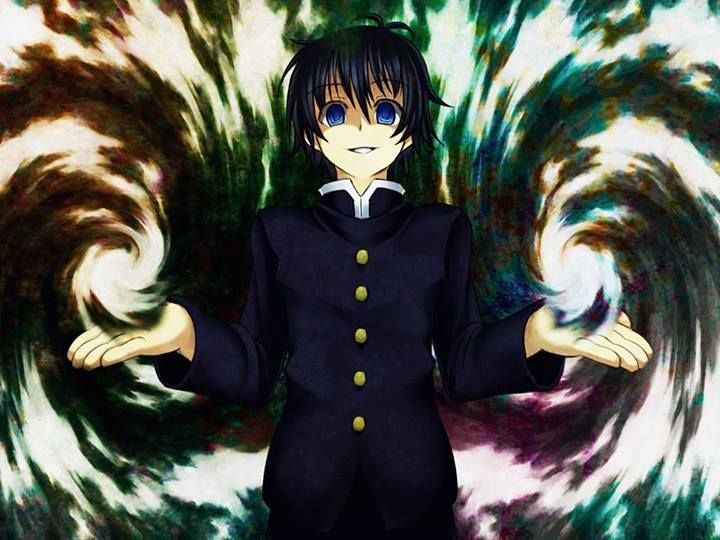 Misogi Kumagawa of the Medaka Box universe is what Scarlet Witch would be like if she was an angry teenager who re-wrote reality every time things did not go her way. Misogi is known to be very adept at using this skill. He can change the space-time continuum and tune it like a piano, making it sing his tunes as he wants to. Goku can punch him and hit him as much as he wants. He can even kill him. But Misogi can just wish himself to come back and he will be resurrected. Misogi also has the power to will Goku’s existence away and it will be undone. 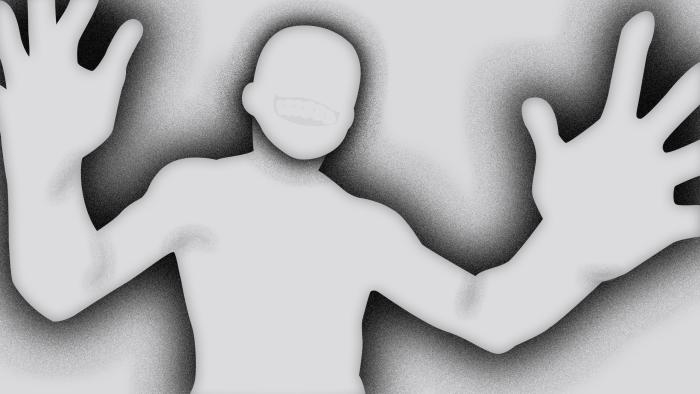 In the Fullmetal Alchemist Universe, Truth is the God all Alchemy and all of Reality. He is more of a concept than an entity. Truth does not exist as well as exists at the same time. There is no one who can understand the knowledge and reason behind his existence. If Goku tries to fight Truth, Truth does not even have to move a muscle. All it needs to do is destroy Goku by the atom and reconstitute him in an endless cycle of deconstruction and reconstruction, all the while forcing his knowledge onto him. No one has understood Truth and whoever tries to, goes mentally insane. Goku will be fed that amount of knowledge for all eternity. That is the very definition of hell.

6. The Lord of Nightmares 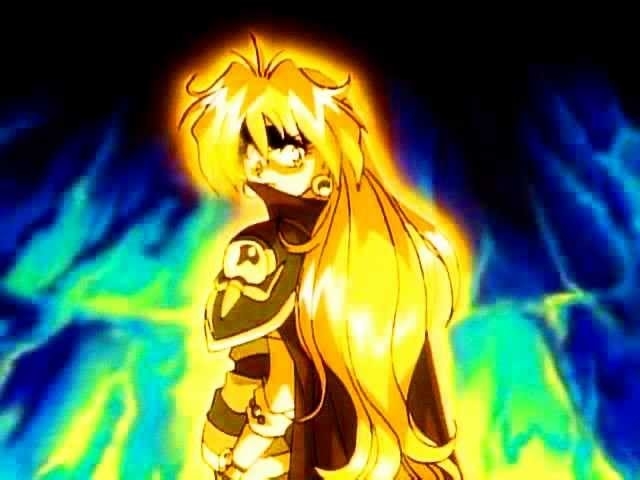 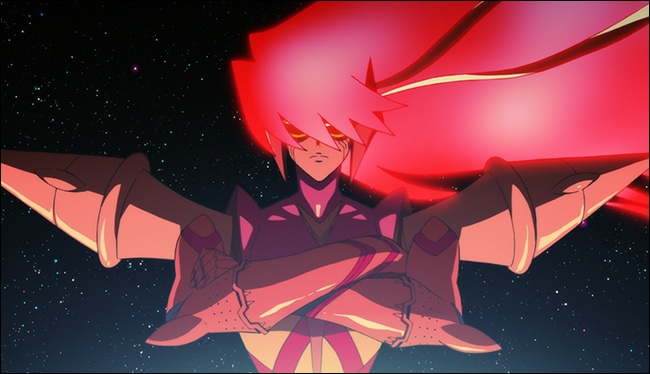 Nono looks like the typical anime girl protagonist. She is the average school going girl who dreams big of becoming a Space Pilot. A chance encounter with another Space Pilot leads her into joining an elite mecha wielding warriors to defend the Earth from extra-terrestrial threats. What people fail to see is that Nono is also Buster Machine No. 7. In her Diebuster form, Noni has shown the ability to use a laser that can slice a whole planet. She can also control nanotech robots as a form of defense and offense.  Nono’ at her full power, defies the laws of physics. She is also strong enough to stop a planet from moving off track. 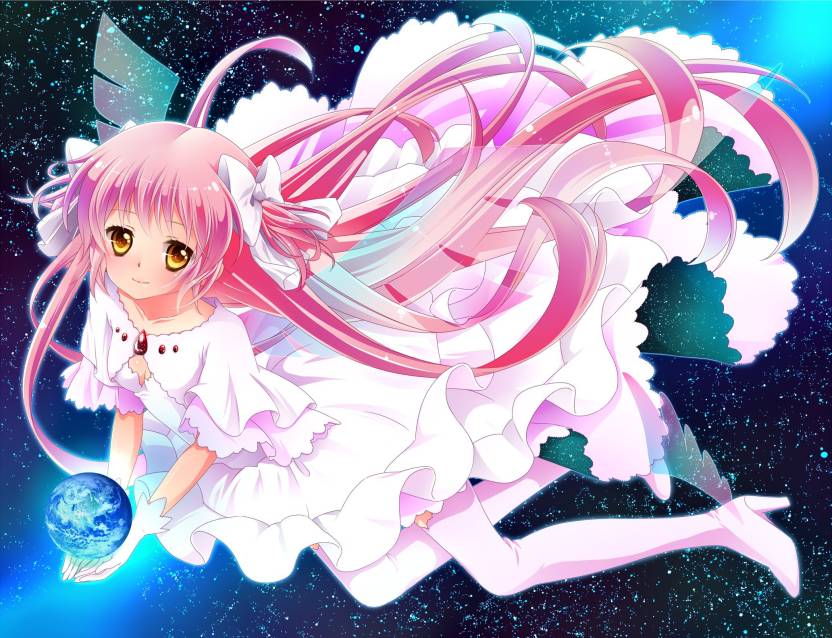 Now we bring you to the tale of Madoka Kaname of the Madoka Magica franchise. After wishing to rid the world of witches, Madoka becomes an omnipotent and omniscient magical entity that has the power to rewrite the whole MultiVerse. Madoka has even used the power to change the destiny of not just one or two but all realities. Sure Goku can lift a mountain with his bare hands but all that power is still no good is he against a girl with the power to control the fabrics of reality. 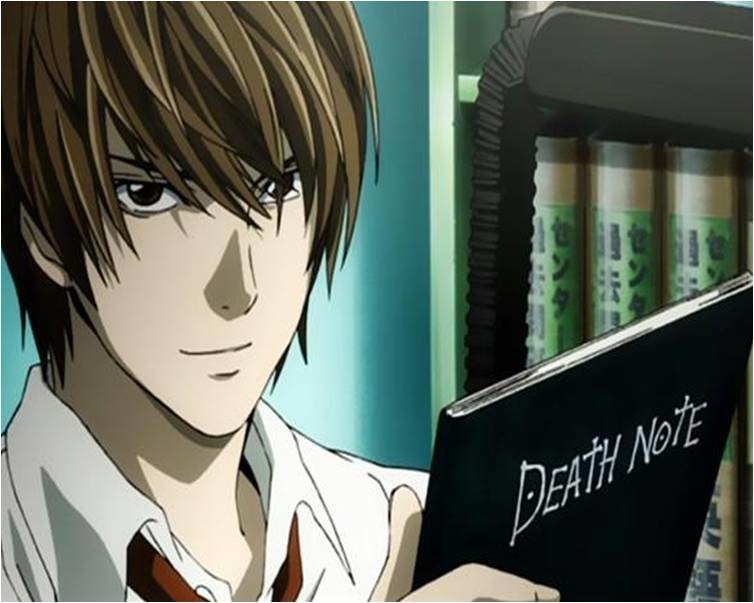 This one is a no brainer. Light Yagami is the vigilante from the Death Note universe that kills criminals by writing his name on the Death Note, a mystical notebook that can kill anyone once his or her name is written on its pages. Light Yagami may not be as physically stronger than Goku but he is smarter than he ever will be. Moreover, L does not need to confront Goku. All he needs to do is know his name and he will be history if L feels like it. 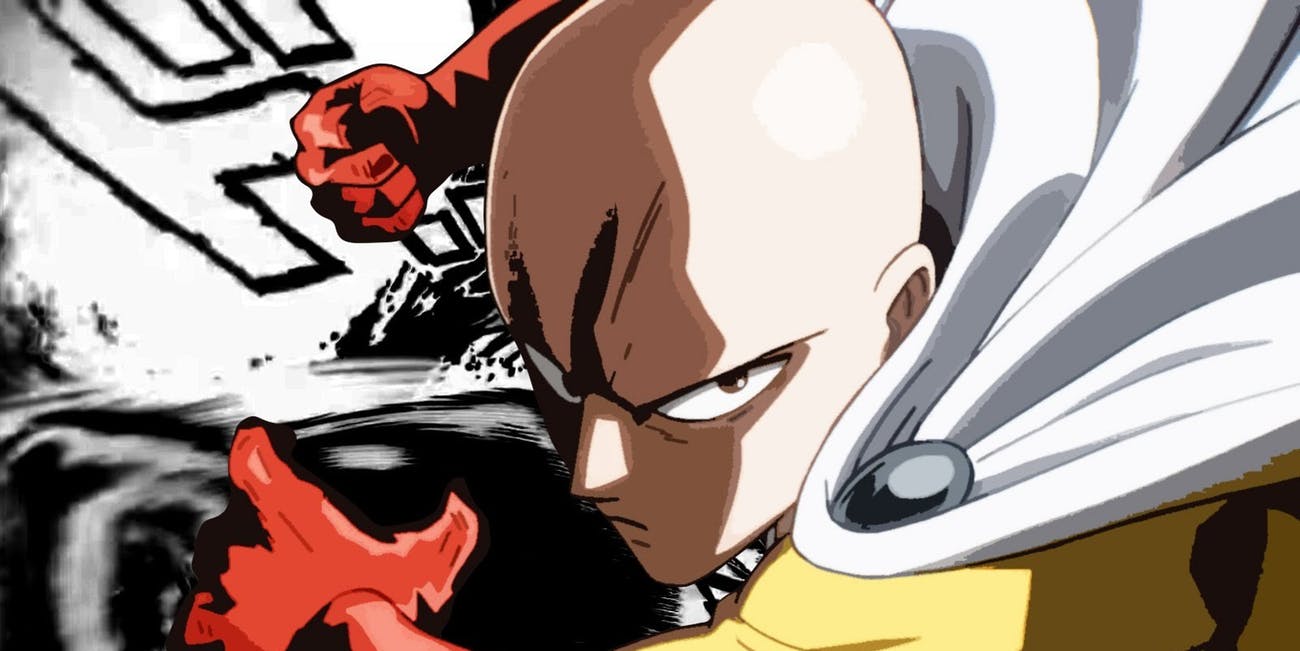 Do you think Goku is over-powered? Meet Saitama – popularly known as the One Punch Man. And he is exactly what he sounds like. Saitama can defeat literally any enemy with a single punch. Calling himself a “Hero for fun”, Saitama has destroyed many foes, some that even Goku would have trouble with, with a single strike. Nobody knows how he got so powerful, probably not even Saitama himself. We just know he is too damn strong for anyone. His skin is so hard and durable that it can withstand a meteor. His strength is limitless. His speed is also of a godlike level. Saitama is so strong that he has gotten bored with the superhero lifestyle since there is no one he feels is an adequate match for his power. Even if Goku duels him, it will not be much of a fight and will probably end with a single punch. 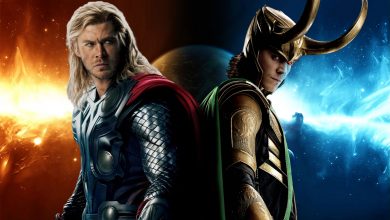 Marvel Cinematic Universe: Will Thor Appear in Loki on Disney+? 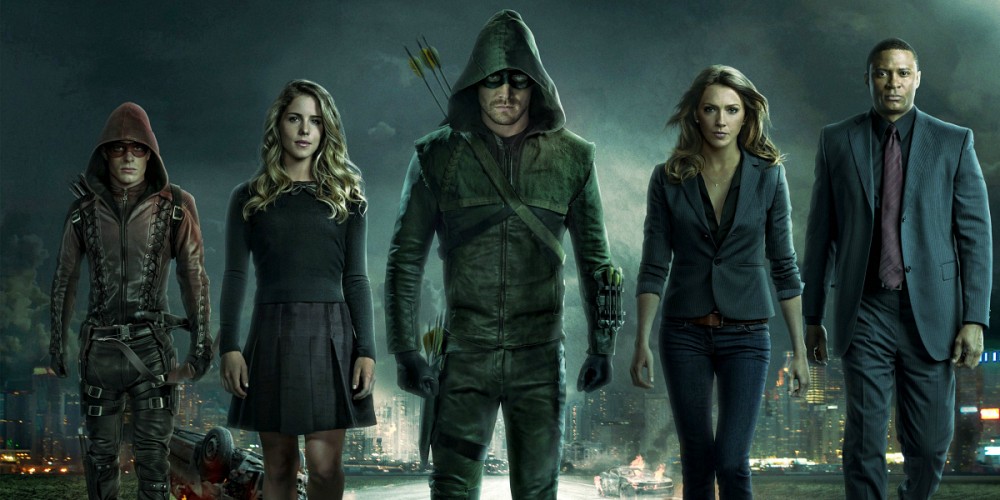 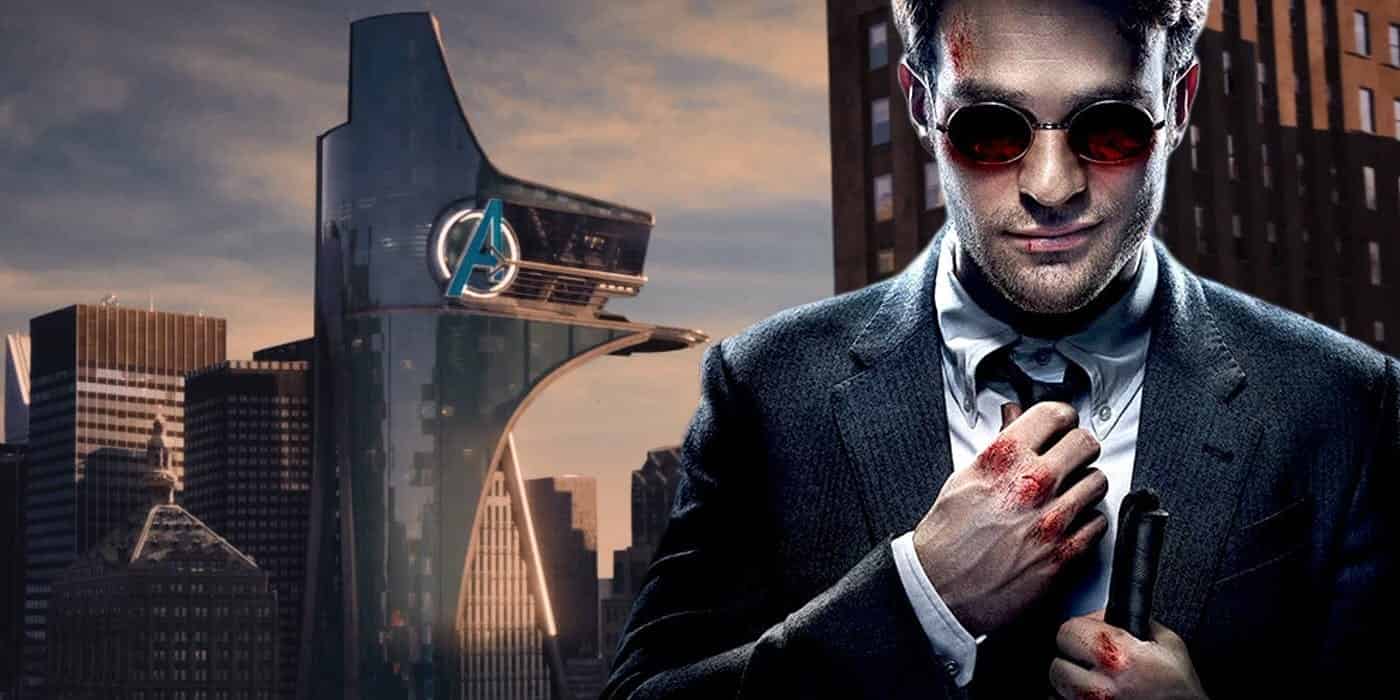 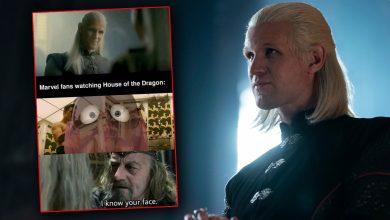