Spider-Man: Far From Home will be the next MCU project in focus as soon as Avengers: Endgame hits the theatres. This will be the film that introduces us to the new chapter of the MCU and brings back the fun after a dark & emotional ending that will be brought to us by Avengers: Endgame. It will be interesting to see how Peter handles himself after whatever happens in Endgame. But what’s even more interesting are the villains that will be involved with the film.

Quentin Beck aka Mysterio will be the big bad of the movie, and sure there will be picture perfect villains like Sand Man, Molten Man and Hydro-Man, but things will seem great when we see Mysterio turn out to be the real villain that he is, pulling strings right from the beginning. So far from what we know, he will be striving to be known as a hero, as he is brought in like one having a lot of knowledge about the Elementals. So, he seems to have a hero complex and a need for being the center of attraction.

We were supposed to get a second trailer that would have given us a better look at the story, but Sony held it back since it contained major spoilers for Avengers: Endgame. The trailer would have certainly given us much more than a glimpse of who Mysterio is and why we should care about the character, other than the fact that Jake Gyllenhaal is playing the character. The good thing for people looking forward to this film is that Avengers: Endgame is right around the corner, and we will get the second trailer pretty soon. 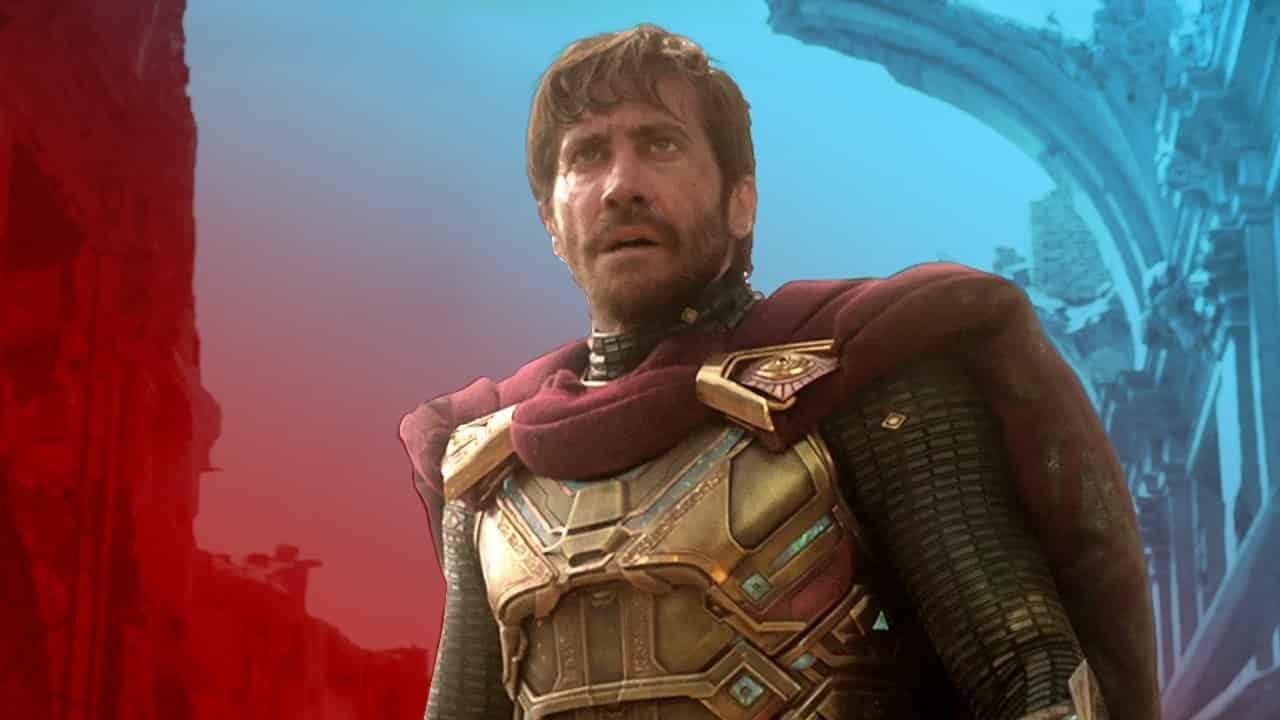 So, we would get an even better look at Mysterio than we got in the first trailer. Sure the Mysterio entrance at the end of Trailer 1 was amazing as we got to see the fishbowl as well, but we still haven’t got a proper live-action look at his costume. Through another one of the marketing merchandise, we now know how Mysterio will look in his full avatar. 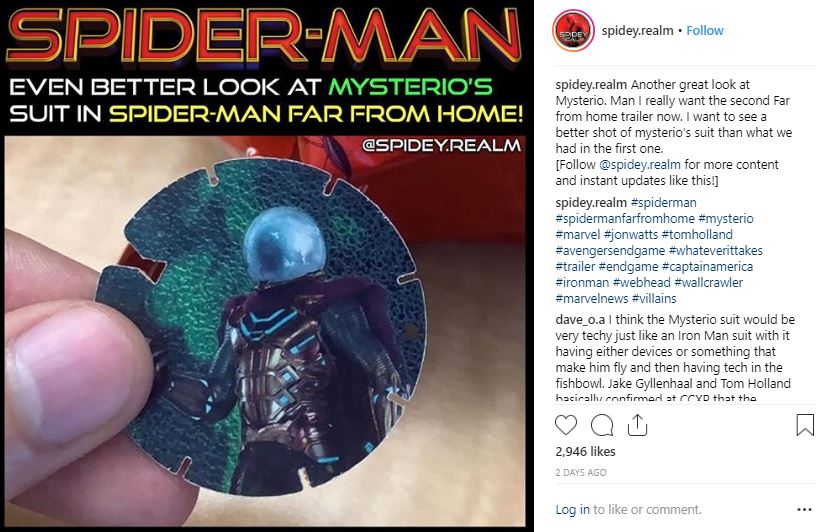 Quentin Beck is a visual effects specialist, and this suit perfectly fits his persona. It actually makes Mysterio look better than the comics while staying true to them. The Gold over Green and purple works perfectly as it gives a look which is very flash & “out there.” He was being described as a mixture of Thor and Iron Man, and I’d like to add Doctor Strange to that mix.

At CCXP, Jake Gyllenhaal weighed in upon how his character gets recruited by Fury and what’s the tie-up between them. He said: