Captain Marvel opened to theatres yesterday and fans are really loving the movie because of its great direction storytelling. Some are saying that the movie starts a bit slow in comparison to a lot of other Marvel movies but one thing which everyone loved is the Stan Lee Cameo as it was really great. Recently, the directors of the movie made some revelations about the changes they made in the cameo after his death.

Well, different people have different opinions about the movie but one thing is sure that the movie is getting a lot of positive response both in the hearts of people and at the box-office. Stan Lee’s cameo in many’s opinions was ‘Perfect’.

Now, if we talk about the cameo then it was a member of Starforce named Vers (Brie Larson) who finds herself on planet earth in C-53. In 1995, Los Angeles, we see her on a pursuit of finding a shapeshifting Skrull. Then, she suspiciously starts to scan passengers and that’s when she comes in front of an old man who was busy in his own world.

That old man was rehearsing a line from the Mallrats which was penned by Kevin Smith, “Trust me, true believer”. On the context of this scene, Anna Boden told Mashable,

“Instead of just the pure laugh we had, we had a little bit of a smile from Captain Marvel in response to it and her kind of breaks character for a moment. I think it reflects a little bit of what the audience is feeling, and we allowed that to happen.”

Also, the directing pair has commented on the montage which we have seen right at the start of the movie. They said,

“The Marvel logo was a Marvel thing that they presented to us. They said, ‘Hey guys, what do you think of this? We were thinking of doing this for the movie.’ And we were just like—“

“Loved. We cried. were just moved by it.”

“We feel really lucky to have gotten the opportunity to meet him, and have that special moment on set. There’s so much reverence when he comes around, and he brings so much life and respects there with him.”

Captain Marvel is currently playing in the theaters. 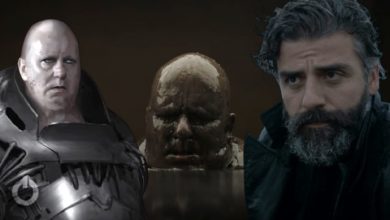