Marvel is one of the greatest that there is in editing trailers. For so many years, they have been befooling us with what they put in the trailers. A job of a trailer is to amp people up for watching the film, and these Marvel trailers do exactly that, so we just cannot fault Marvel for what they do. A great aspect about their trailer editing is that not only does Marvel film exclusive shots for their trailers, but they vary different versions of CGI and special effects from a trailer to a movie. 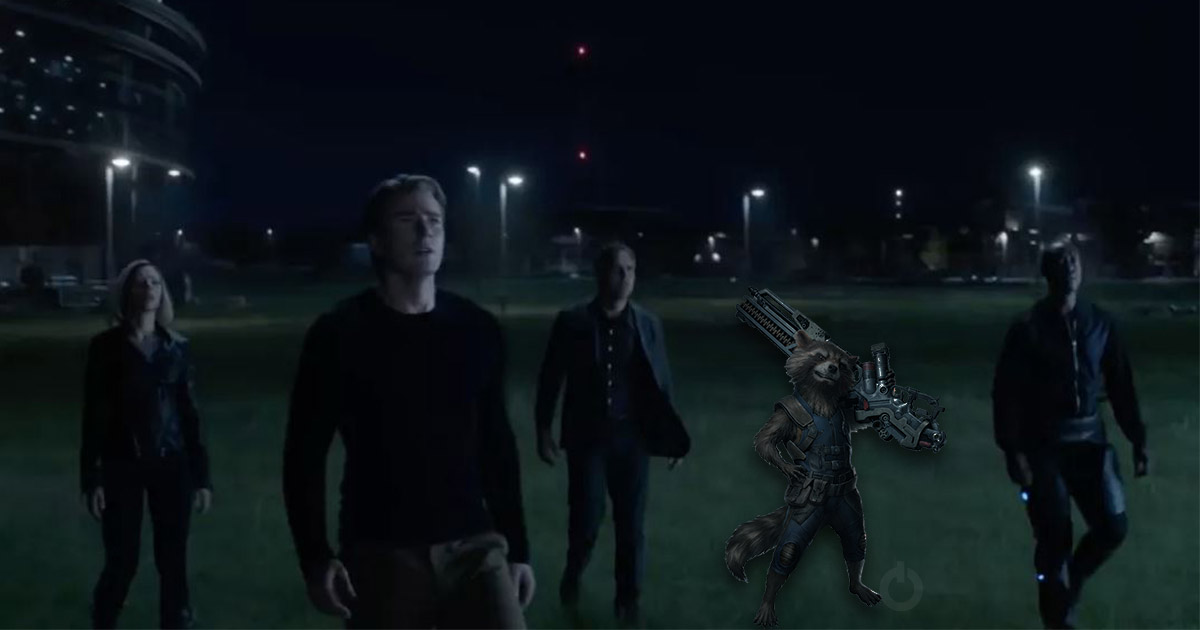 The topic of this editing has been raised because of the new Avengers: Endgame TV spot, which clearly has edited characters and certain stills here and there. We have seen some major altering in the trailers in the past, but by the time we reached Thor: Ragnarok and Infinity War, everything that we saw in the trailer seemed to be a lie. 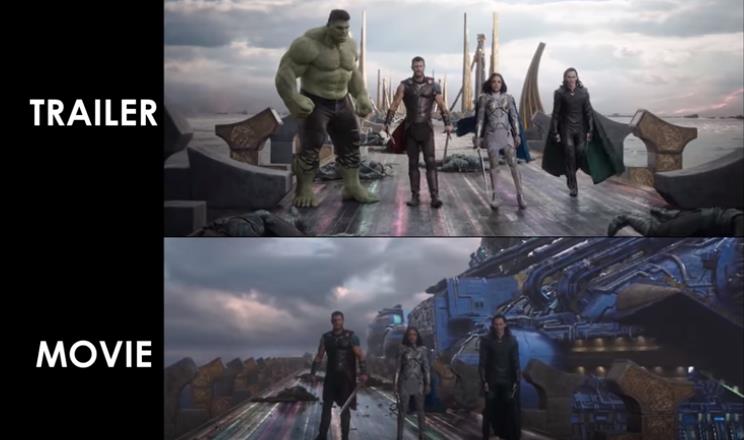 As you can see here, Thor’s eye was supposed to be missing, but to prevent that major spoiler, the trailer altered the scene. To follow that, the trailer had Team Thor including Hulk, assemble on the Bifrost bridge, but in the movie, Hulk was not among the Revengers when they assembled, he was rather fighting off Fenris the wolf. 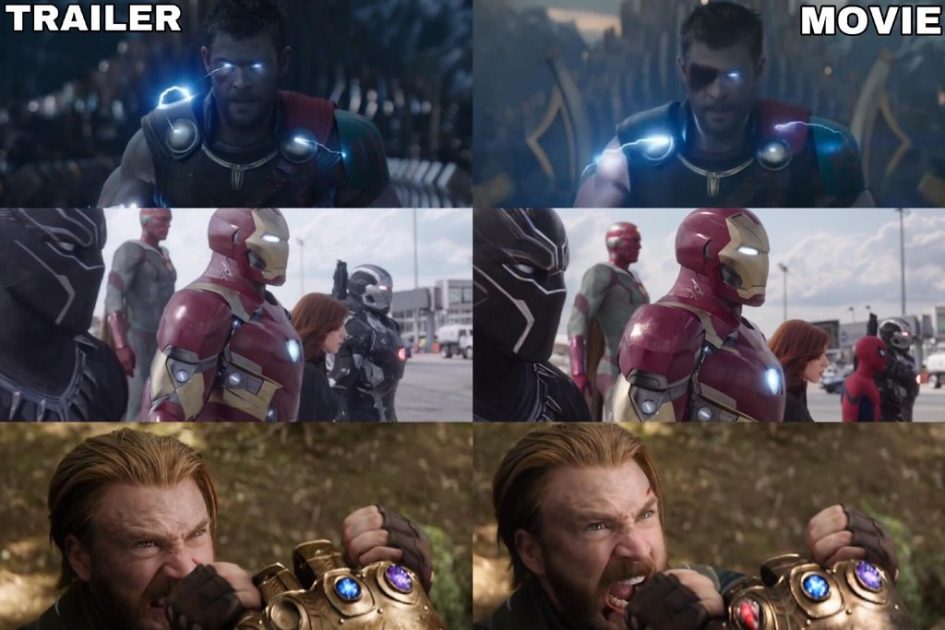 As you can see above, Reddit user eustaqqq has presented a few examples of how Marvel edits shots in their trailers to avoid spoilers! The biggest example of misleading was the money shot of Infinity War, where the Avengers were running in with the Hulk in Wakanda. But that never happened. To follow that in the second trailer, we were presented with a scene that teased to kill off Captain America, and people lost their minds. But in the film, Captain America standing up to Thanos turned out to be a very short moment. 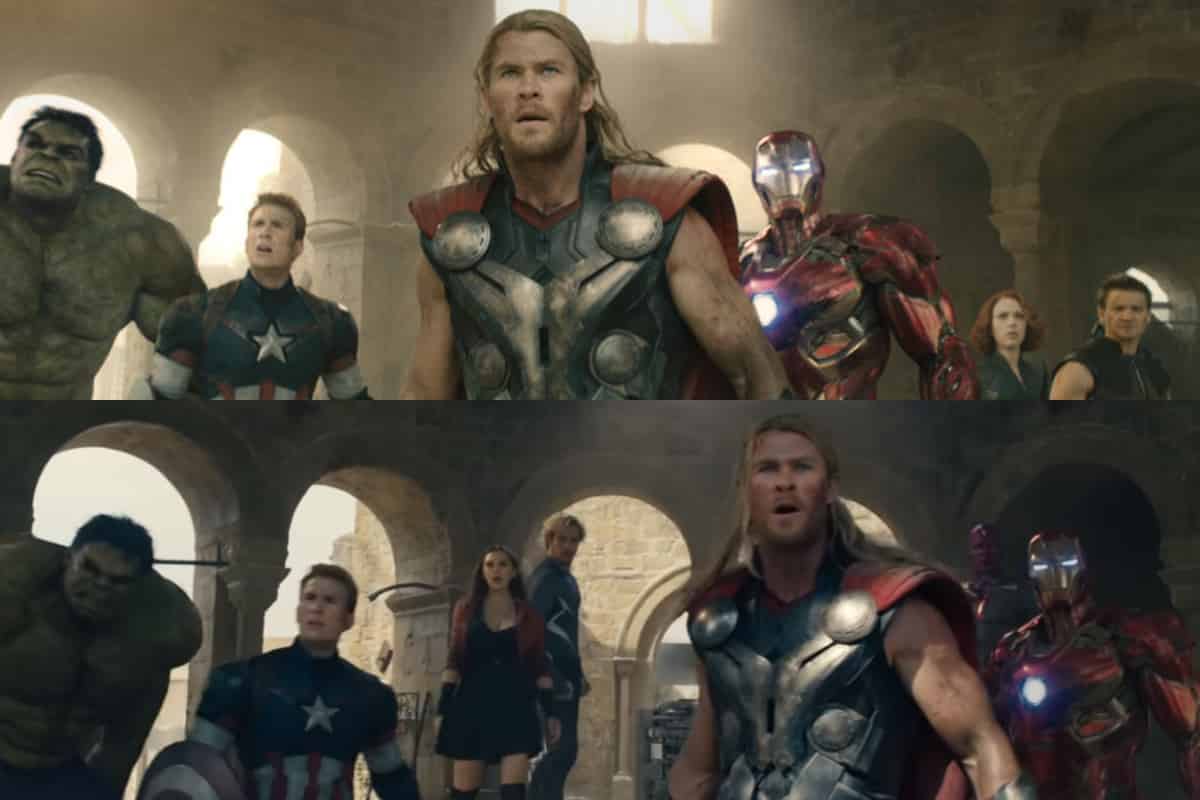 Thanos’ Infinity Stones were removed from every shot for obvious purposes. This isn’t something recent, as this has been going on for a long time. If you consider the example of the Age of Ultron trailer, Quicksilver, Scarlet Witch and Vision were missing when the Avengers assembled for the money shot. In Civil War, Spidey was not a part of the airport battle when Team Iron Man assembled. Here’s a complete comparison of how Thor: Ragnarok was totally different from its trailers:

Now considering all these aspects, just think about what the Russos would have edited from the two sets of footage that we have seen from Avengers: Endgame. Considering the fact that there are so many characters in the film, any one of those could have been edited out of any particular scene in the trailer! So we just can’t trust these trailers for their face value. Anything and everything could have been edited by the creatives behind Avengers: Endgame.

But why do this? Sometimes doing this makes us feel robbed. But the answer is simple. The Russos just want us to have the best experience in the theatres, and for they prevent anything from getting leaked. The Russos were asked about this last year and here’s what Joe Russo told everyone at the Happy Sad Confused podcast in May:

Let’s see what all would turn out to be different in the final cut of Avengers: Endgame. 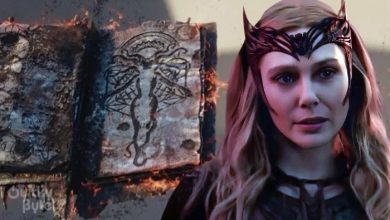