2018 was the year of Superheroes. Infinity War, Venom, Black Panther, Aquaman and Ant-Man and the Wasp were all splendid movies. 2019 is going to be no different. Superheroes are coming in huge numbers as the diehard fans of the genre flock to the theatres again to watch their idols in action. Presenting – All Superhero movies coming in 2019 – Ranked according to popularity!!!

By far, this movie has generated the scarcest of buzzes in the movie-making industry as well as in media circles. With the Disney-Fox deal in the all the news, the announcement of Gambit starring Channing Tatum in the titular role took a backseat. The movie was in development hell for years and 2019 is the official year of its release. But we are still in doubt if it will come this year. Have your fingers crossed on this one?

Hellboy was an immensely successful franchise with two blockbuster movies in the 2000s. Then work on the third movie suddenly stopped and the Studio had been stalling on the movie project ever since. The trailer for Hellboy has finally come out and its tentative release date is in 2019. The fact that Ed Skrein was chosen to play the Japanese-American character Skrein sparked some huge controversy but Skrein eventually dropped out of his own accord and Daniel Dae Kim was given that role.

The DC fans are very excited about this movie. Its official release date is the 4th of October next year. Popularity wise, the movie could have scored higher on this list if not for the fact that the Studio has not even managed to drop a teaser for it nor are they conducting any promotional campaign for the movie. Apart from the fact that Joaquin Phoenix is starring in this movie which is supposedly a Joker origin story, nothing else is known.

12. Justice League vs. The Fatal Five 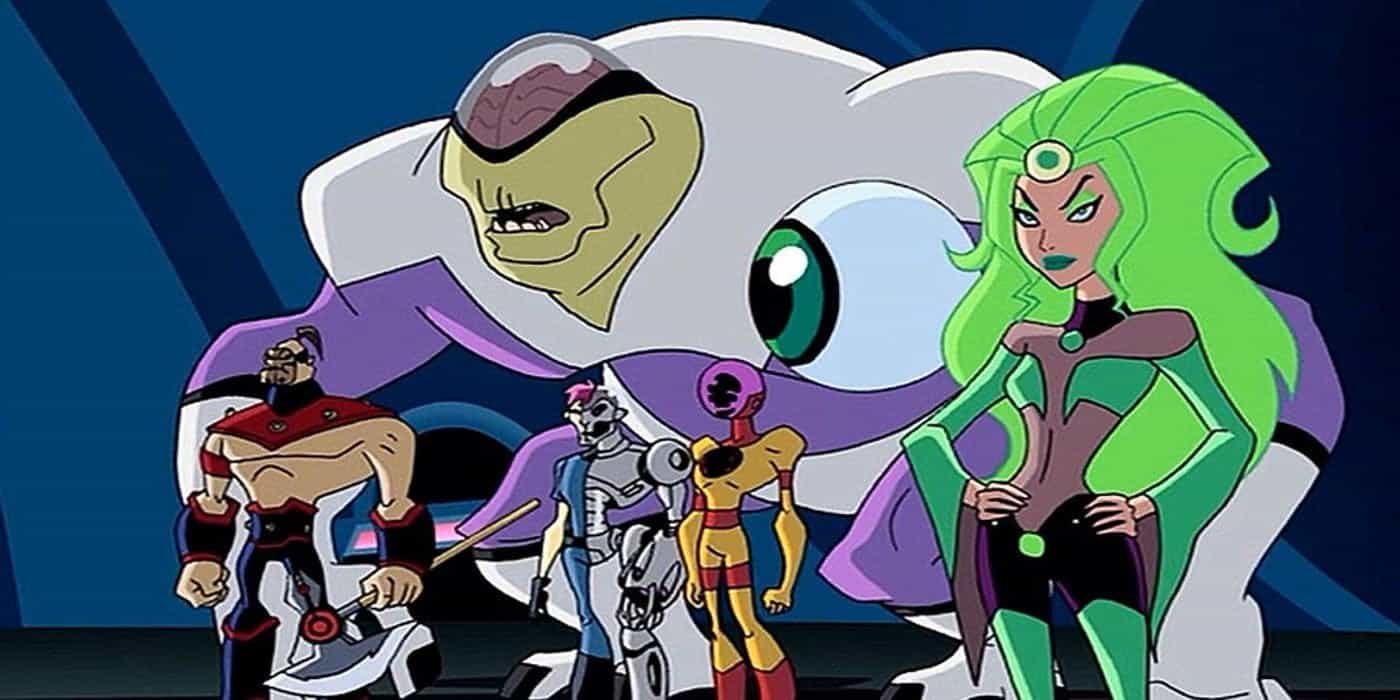 Within the comic book circles, the animated DC movies are big names. 2018 gave us the phenomenal Death of Superman movie. It will soon be followed by the Reign of The Supermen (more on that later). Justice league may not have a live-action flick for now but the animated are is showing no signs of slowing down. In this movie, Justice League will face the Fatal Five, a group of supervillains hailing from the 31st Century who regularly battle the Legion of Superheroes in the future of mainstream DC Comics continuity. 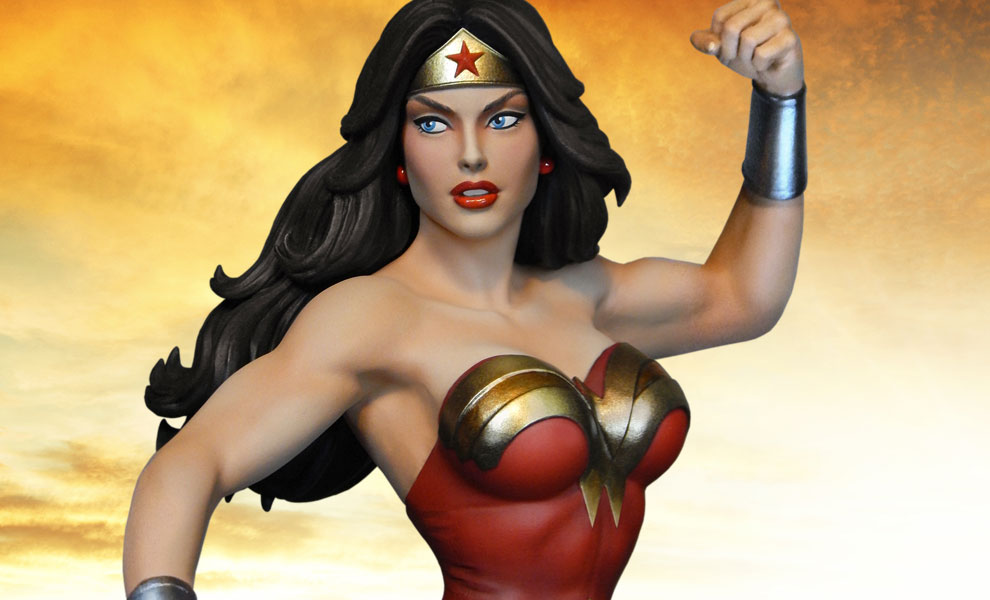 One of the few woman-centric movies of the superhero genre coming out this year, Wonder Woman: Bloodlines is the second of four animated movie projects under the DC Animated Universe banner. There is no official plot synopsis for the movie. There is also no tentative release date announced. If we were to guess, the movie will come out later in 2019 and will revolve around Wonder Woman’s heritage and some mythological elements.

Yet another animated adventure by DC, this movie is based on the classic and acclaimed Batman: Hush comic book storyline of 2002-2003. Hush is a villain that is one of the greatest enemies of Batman just owing to the fact that he knows everything about the Dark Knight. In terms of skill and cunningness, Hush is on par with Batman and always a step ahead of him. The comic book arc drew lots of praise and applause. Can the movie do the same? Considering DC’s reputation in the animation department, we have no doubt.

9. Reign of the Supermen 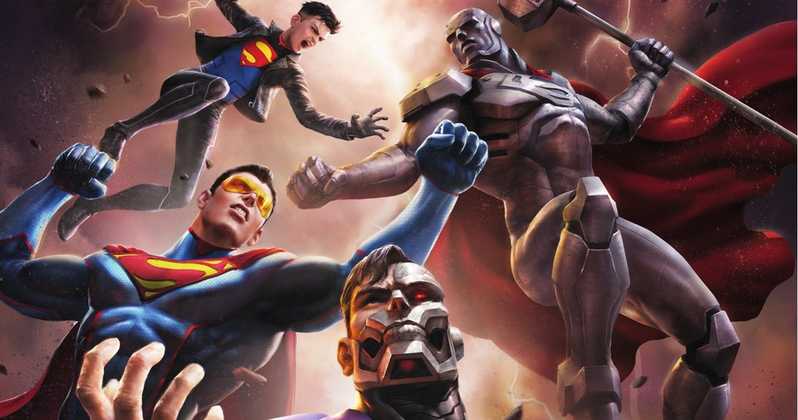 First coming into the news after the trailer was released at the San Diego Comic Con, Reign of the Supermen is the last of the four animated movies DC is planning and by far, the most anticipated. Reign of The Supermen will directly follow the events of Death of Superman and will feature four different Superman doppelgangers trying to fill in the void left by the death of the Man of Steel after his fight with Doomsday.

This is Fox’s first foray into a superhero-horror combo genre. The movie follows the characters of Wolfsbane, Magik, Sunspot, Mirage, and Cannonball as they survive in a secret mutant experimentation facility. They are held captive by an as of yet unknown villain and the movie revolves around them trying to figure out how to escape the facility in one piece as a demonic entity is seemingly trying to rip them to shreds. The New Mutants has had absolutely no hype built up by the studio in the recent times which is why we are placing it here on this list.

The Dark Phoenix saga is one of Marvel Comics’ crown jewels. When Fox screwed it up with X-Men: The Last Stand, the fans were not at all happy. But fear not as a remake of the classic comic book arc about a Rogue entity possessing Jean Grey and wreaking interstellar havoc is on the way. As we have already seen in X-Men: Apocalypse, Jean Grey is a potential ticking psychic time bomb. She will finally explode into the Dark Phoenix in the movie as the rest of the mutants will be tasked with stopping her at all costs.

The boy with the power to turn into the world’s mightiest mortal is coming to the theatres next year. Billy Batson will be tasked with stopping Doctor Sivana, a mystical villain with arcane powers and magical expertise as Shazam, played by Zachary Levi. The movie will be a fun, light-hearted adventure as Billy Batson juggles the powers of 6 different Gods bestowed on him as he fights crime and drinks slurpees. It is scheduled for an April 2019 release. 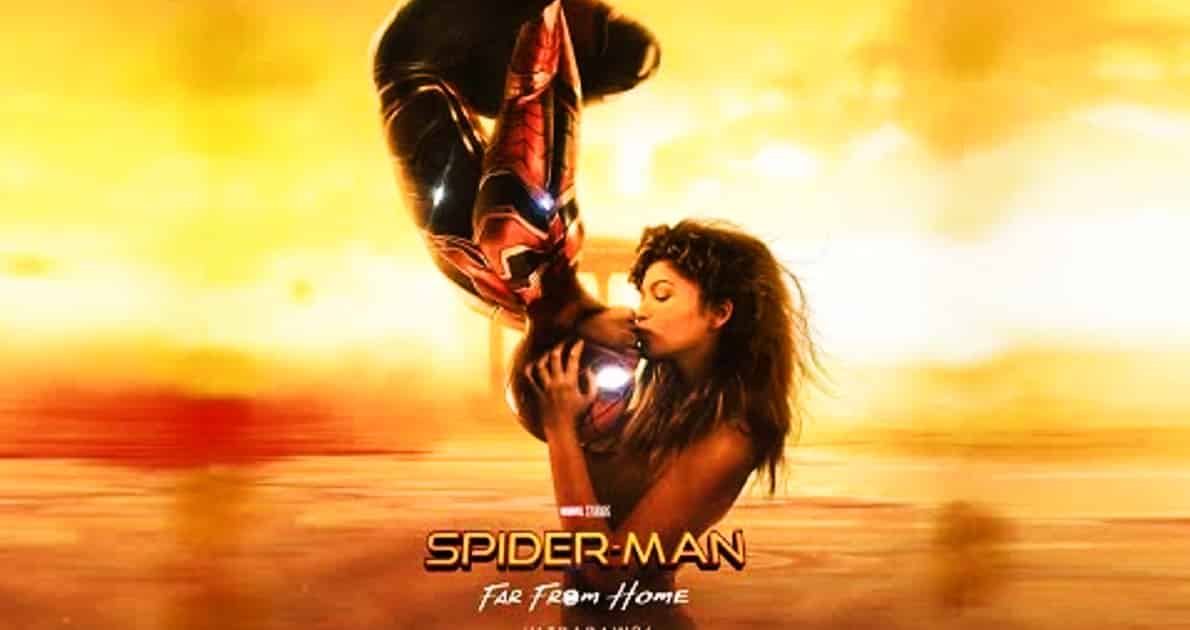 Peter Parker might be dead now but he is not going to stay that way much longer. Tom Holland reprises the role of a resurrected Peter Parker in the sequel to Spider-Man: Homecoming titled Spiderman: Far From Home. It will also feature Cobie Smulders as Maria Hill and Samuel L. Jackson as Nick Fury, both of whom also died in the snap. It will be good seeing the three in action again. The movie will also feature Jake Gyllenhaal as Mysterio, who is rumoured to play an Anti-Hero of sorts in the movie. The plot of the movie is still under tight wraps but with due course of time, we will get on to that as well.

Captain Marvel will be coming to the screens on March 2019. The Marvel Universe’s strongest superhero and the only one strong enough to beat single-handedly take down the might of Thanos is finally getting her own origin story. After Captain Marvel, Carol will move down to Avengers town and feature as the Binary Superheroine in Avengers: Endgame. She will kick ass in this one as well as the Avengers: Endgame movie.

Night Shyamalan’s dark and realistic superhero trilogy ends with Glass. The trilogy started with David Dunn realizing he is a real-life superhero with super strength, invulnerability and the power to feel another person’s deepest darkest secret via touch. The second movie titled split was about the Horde and his split personality disorder giving him incredible superhuman qualities. The third movie is Glass and it will be about the one guy who orchestrated it all, the genius mastermind Mr. Glass, played by Samuel L. Jackson.

Wonder Woman was a huge hit and DCEU’s first commercial and critical juggernaut in the movie-making industry. Gal Gadot rocked it as Diana Prince aka Wonder Woman. The next movie in line for Gadot is Wonder Woman 1984, the sequel to the first movie and is set in the cold war era. It features Kristen Wiig as Cheetah and Pedro Pascal as an as of yet unnamed Greek God and will also see the return of Chris Pine in a major role.

The undisputed king of the superhero genre, Avengers: Endgame is undoubtedly the most anticipated movie of 2019. Releasing on the 6th of April, Avengers: Endgame will be a continuation of the events of Avengers: Infinity War and features several prominent MCU heroes (those who survived the snap anyways). The movie will also see the return of Hawkeye as Ronin and Ant-Man as well as be the debut Avengers movie to feature Brie Larson as Captain Marvel.