It is just amazing to think about the origin story of Captain America. I mean, this was the only time humans were able to create a Super Soldier successfully. Rest every time someone tried to sure the Super Soldier program, what followed was nothing short of a catastrophe. Come Captain America: Civil War, we saw the introduction of another being as strong as the Super Soldier, as fast as him and as agile as him in the name of Black Panther. Also, he had a suit which is entirely made up of Vibranium, and so is Cap’s Shield. So could there be some similarity in their origins?

While the first solo movies of both these Superhero movies showed the origin of these Superheroes, and how they came to be who they are. In the case of Captain America, it was the Super Soldier Serum and in the case of Black Panther, it was the Heart Shaped Herb which is only found in Wakanda. So how exactly are the two so similar when it comes to the powers that they have. Well, a Redditor who goes by 4DimensionalToilet has come up with a theory linking the origin of Cap’s powers to the Heart Shaped Herb itself. 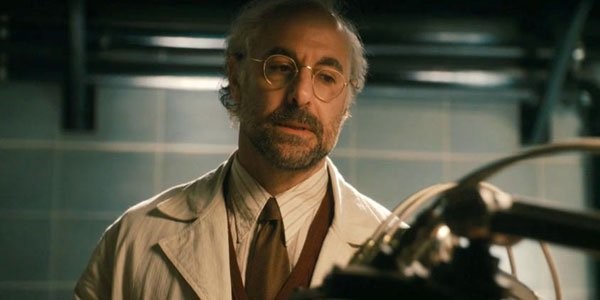 He talks about how cap’s abilities are similar to that of Black Panther and he even points out the point about Vibranium mentioned above. He says that there is a reason why Dr. Erskine’s experiment worked only once as he wrote:

“Erskine’s original attempt at making a super soldier failed, deforming Johann Schmidt into the Red Skull. A few years later, Erskine was ready to try again. With the help of the brilliant Howard Stark, he perfected it and turned the weakling Steve Rogers into the super soldier Captain America.

The difference between the two attempts is that Erskine was now working with Howard Stark. Stark, as we know, had acquired enough Vibranium to make a shield sometime before Cap formed the Howling Commandoes.

Seeing as vibranium only comes from Wakanda, Stark must have gone to Wakanda (or at least he had a contact there) in order to get his hands on the vibranium needed to make the shield. At some point during his dealings with the Wakandans, Stark must have heard about the Black Panther and his superhuman abilities.” 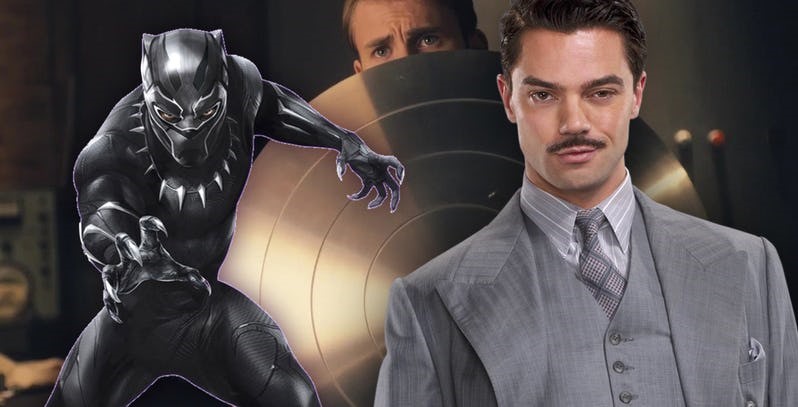 The Redditor then establishes how Stark came up the idea of bringing in a Super Soldier to America, and for that, he retrieved the heart-shaped herb from Wakanda:

“Stark, if not already working with Erskine by this point, would have realized that if America could harness the powers of the Black Panther, they could be used to create a super soldier. Seeing as how Stark was working with and doing science for the US military, he could have figured out that Erskine was the man to talk to about creating an American super soldier.

So Stark manages to get some Heart-Shaped Herb via some kind of deal, or maybe he just steals some of it (à la Rocket and the Sovereign’s batteries) when he finds out that the Wakandans aren’t willing to exchange it for anything.

Now that the Americans have the Heart Shaped Herb, the Super Soldier program can continue unhindered. The Herb seems to contain a stabilizing agent which prevents unwanted mutations (e.g. turning into the Red Skull) during the enhancement process. The research is completed and they are ready to find a candidate. That candidate ends up being Steve Rogers.”

The Redditor then continues to talk about the failures of the Super Soldier Serum without the Heart Shaped herb during the present day, as that is what resulted in Hulk and Abomination. He concluded:

“The influence of the Heart Shaped Herb on the MCU doesn’t stop there. The reason that Bruce Banner got turned into the Hulk instead of successfully relaunching the Super Soldier Program (like Ross wanted) in The Incredible Hulk (2008) is that the key ingredient — the Heart Shaped Herb’s stabilizing agent — was missing, and the same goes for Blonsky when he turns into the Abomination.”

While this theory does seem interesting, still the Redditor seems to be matching dots that don’t really exist. The reason how Howard Stark acquired Vibranium could be believable, but him getting hands on something as sacred as the Heart Shaped Herb seems too far of a stretch. We should rather leave this matter at Captain America, Bucky, Black Panther & Killmonger having similar powers, period!