Avengers: Infinity War was earth-shattering as Mad Titan ‘Thanos’ turned our worst nightmare come true. He was indeed the strongest cosmic-supervillain who assembled the Infinity Gauntlet with all the six Infinity stones representing cosmic singularities that binds the universe.

He snapped his fingers resulting in wiping off half the life in the entire universe including half of all superheroes such as Spiderman, Dr. Strange, Black Panther, Bucky, Entire Guardians of the Galaxy except Rocket etc. The Mad Titan achieved his purpose of rebalancing the universe; subsequently enjoying sun-sets in the grateful universe.

Well, the fans believed that their beloved superheroes will come back from the dead in Avengers 4 as there are sequels planned to some of their solo franchises. But Infinity War writers insisted that deaths are permanent.

Dave Bautista aka Drax has been in the news for being the vocal opponent to Gunn’s ouster from MCU. He is threatening Marvel studio of leaving the franchise but he is holding back for now. But while talking to Good Morning Britain, he revealed a major spoiler that his character is still alive. He said: 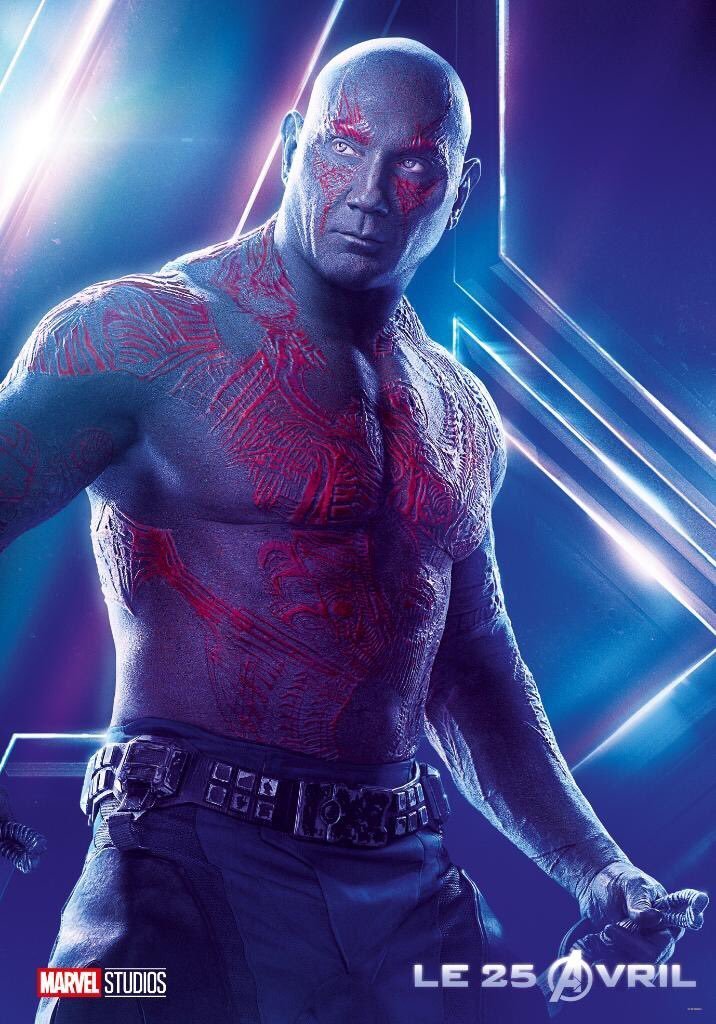 Avengers 4 will bring closure to so many storylines, character arcs, and mysteries. It will mark the culmination of everything that’s happened in MCU.

Avengers: Infinity War is currently available on digital platforms, the DVD/Blu Ray etc. There is additional unseen footage and other cool stuff such as audio commentary, gag reels, interviews etc. Don’t miss it.

Avengers 4 is going to be released on May 3, 2019, the official movie synopsis is yet to be released, but the brief plot description reads: