Thanos, although being a blatant rip off of Darkseid, is a character of indomitable nature and a menacing presence. He wreaks havoc as he sees fit and does a lot by just showing up. But there have been instances throughout comic history where the Mad Titan has been bested by the heroes and other characters of the Marvel universe. Here are 10 instances from the comics when Thanos was killed/defeated. 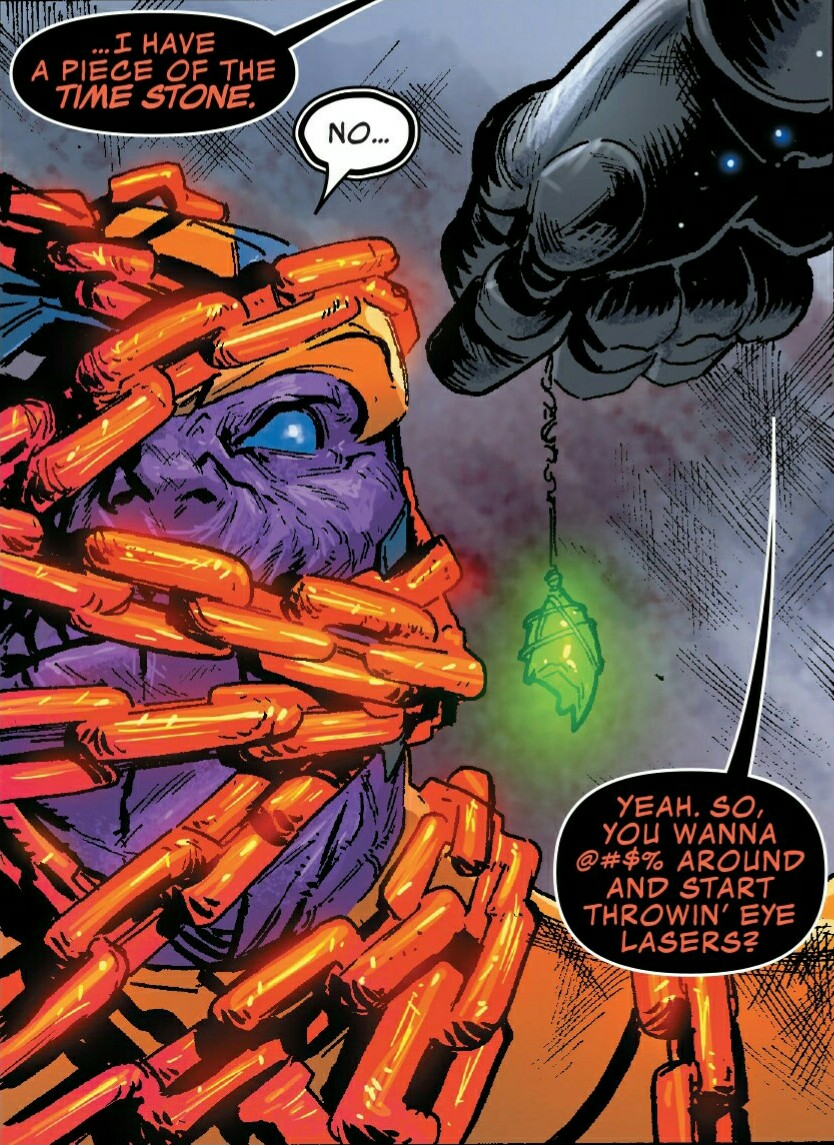 In the Thanos standalone series by Marvel, we saw the emergence of an old and immortal Thanos who has beaten everyone in the Marvel universe. He was the future version of our current Mad Titan and he had the capability to take down silver surfer when he wielded the Mjolnir. The future Thanos summoned the younger Thanos from our present and the herald tasked with the said job was Frank Castle’s ghost rider. It was not a fair match by any standpoint, but comic readers enjoyed watching him being dragged by the metal chains of ghost rider drenched in hellfire. 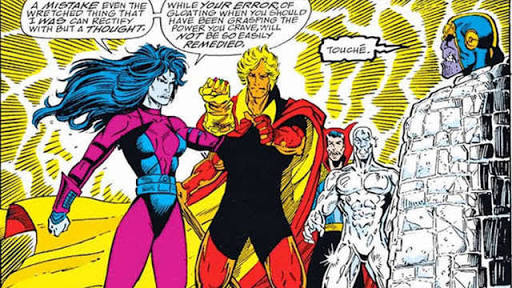 In the original Infinity Gauntlet storyline, we are introduced to the Mad rage of Thanos when he goes on a crusade to assemble all the six infinity gems. These gems are gathered by him and put into the Infinity Gauntlet whereby he gains the power of a God and then he proceeds to kill off half of all life in creation. The end of this comic, however, focused on the least favorite daughter of Thanos, Nebula. It was Nebula who took control of the Gauntlet at the end of a saga and finally corrected all of the sins committed by her ‘father’. 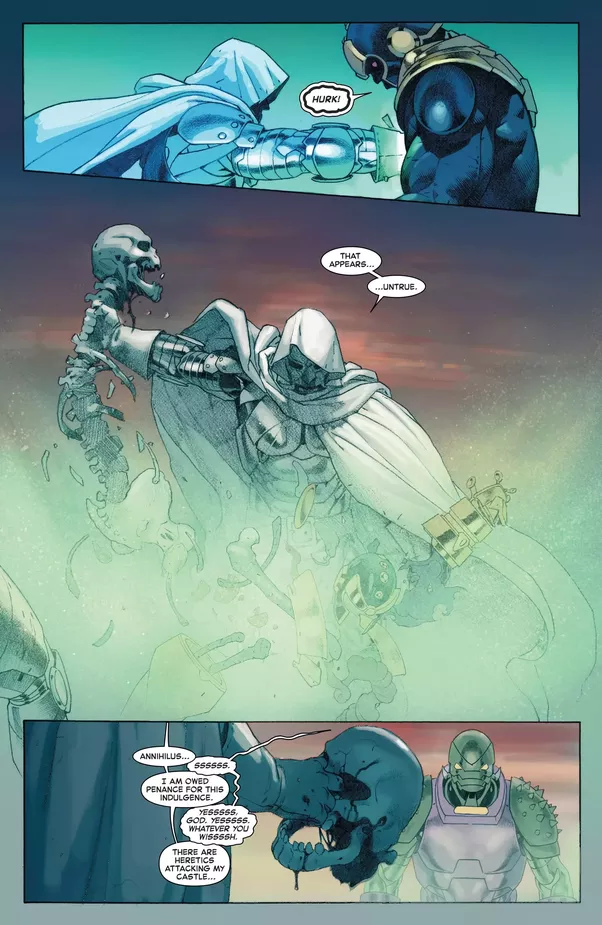 In the Secret Wars storyline, Doctor Victor Von Doom took over the powers of the Beyonder and then reshaped reality in his own image. Doctor Doom dubbed himself God Doom and created the Battleworld which he ruled with an iron fist with Dr. Strange as his advisor and confidant. The only problem was that the inhabitants of this world took up arms in hopes of liberation. One such panel of Secret Wars includes the fight between the Mad Titan and God Doom. It’s not a terribly long fight, God Doom just rips the spine off of the Mad Titan and disintegrates his flesh around his skeleton. Pretty normal stuff. 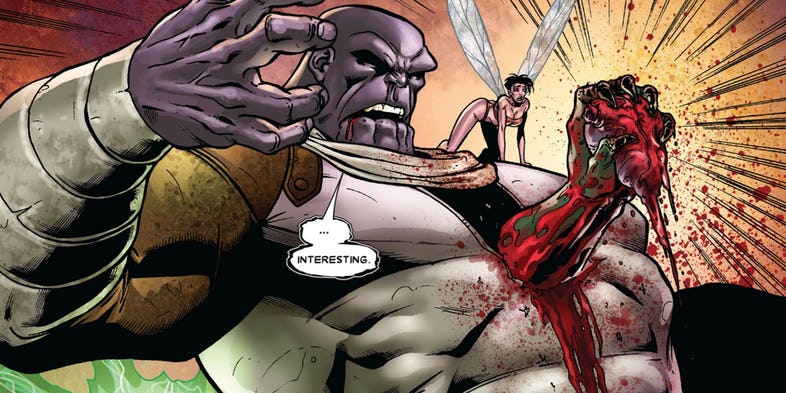 The annihilation #4 gives us this beautiful panel for Drax getting his hands on the Mad Titan. Quite literally, in fact. We see the gore and the hate deep inside Drax’s heart. For a race that only understands the literal interpretation of language, Drax is quite poetic, for he destroyed Thanos during this event. Although it is later revealed that the Mad Titan was playing for the good guys for once. Oh well, no sweat Drax, the Titan should be taken down, even if it means ripping out the heart of the universe’s best chance at survival. 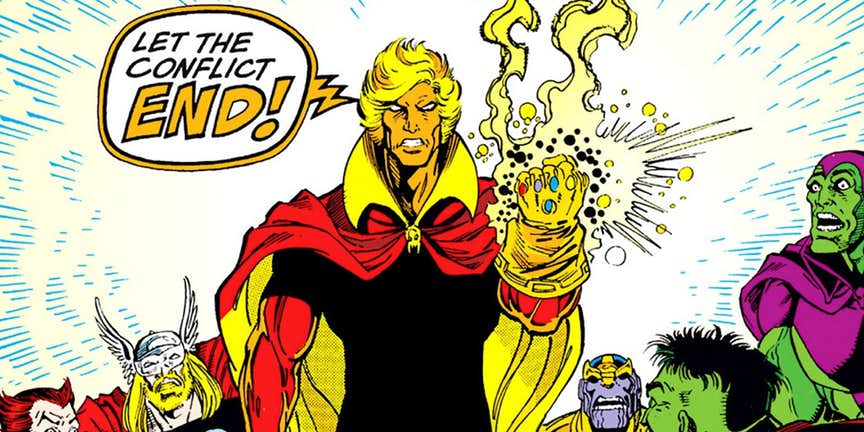 During one of the many follow-ups to the infinity saga, we see this fight. A battle between Adam Warlock (cosmic cyborg/perfect life from) vs Thanos ( the Mad Titan/crazed lunatic). The battle dies down when the Mad Titan seemingly kills Adam Warlock. But the tables soon turned that Adam’s soul was simply trapped in the soul gem, which he promptly escapes and then proceeds to turn the Mad Titan into stone and save the day. 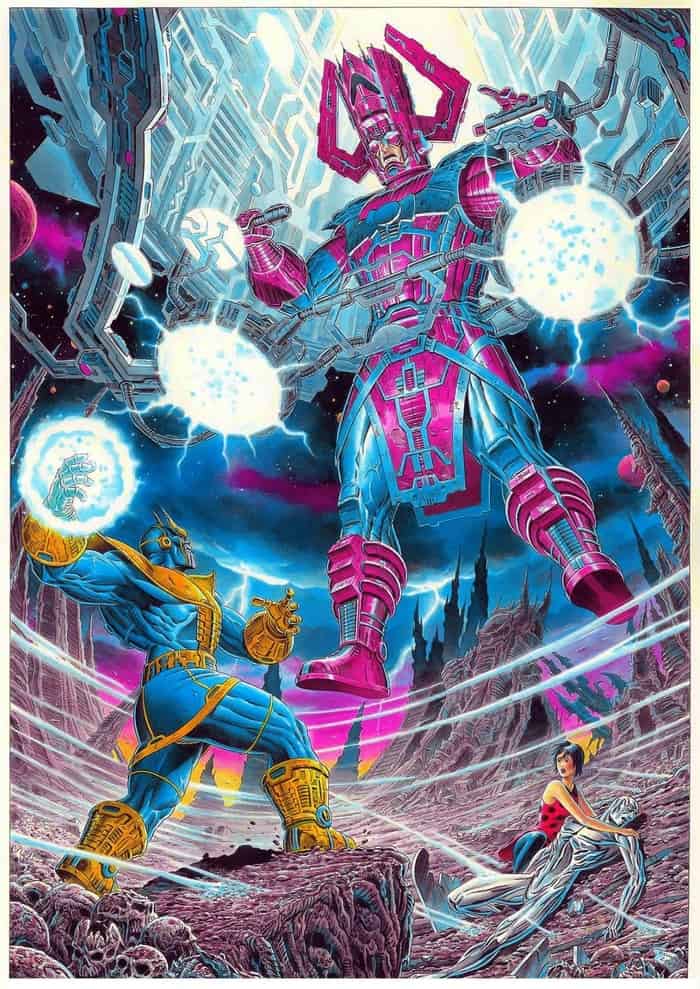 I have said it before and I will say it again, Thanos is rarely a match for all-powerful cosmic entities, this includes beings like Odin, Galactus, the living council, eternity, death, and even Adam Warlock. The only thing that has ever given him any edge in battle is his Infinity Gauntlet. Without that tool, Thanos is fodder for these beings, as we see here when Galactus takes down the Mad Titan. 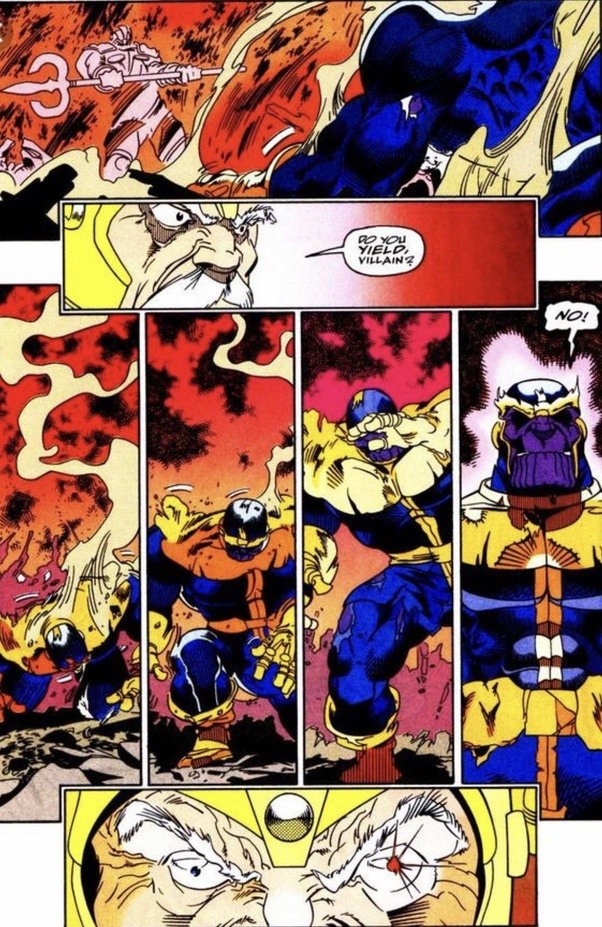 Odin is the All-Father, the ruler of Gods of the Norse mythology and the leader of Asgard. He is an all-powerful deity who was worshipped here on earth. His power should never be underestimated and yet the Mad Titan fights this God without flinching. This is by all measures a defeat for Thanos but the fact that he was able to hold his own in a fight against the All-Father speaks volumes about the intellect and preparedness of the Mad Titan.

8. No one kills Thanos but Thanos 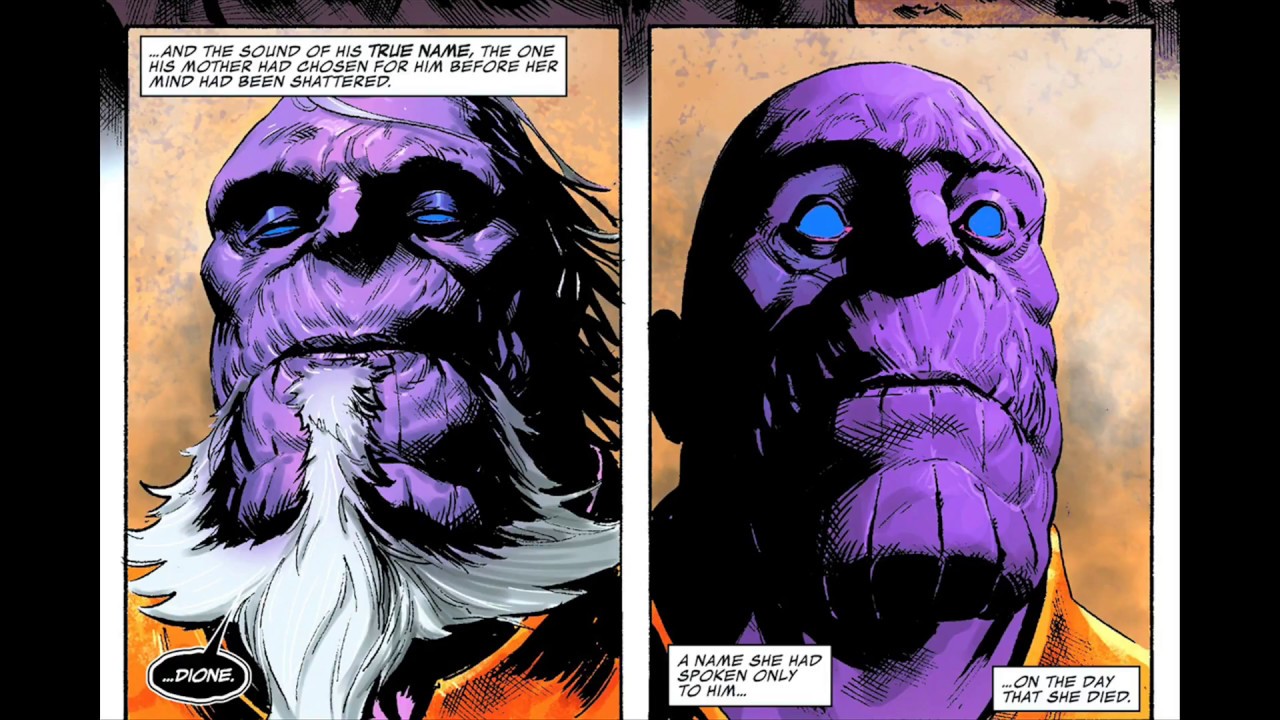 The 2016 Thanos comic saw the advent of a new type of Thanos story, one which dictates the Mad Titan has already won. That at the time of the end of all things it is only the Mad Titan who remains and it is only him who can kill himself. In a future where Thanos has killed everything, destroyed everyone, he must then kill himself to embrace Lady Death. A dead creation at her feet and she still craves battle between two-time remnants of Thanos. Because no one kills Thanos but he himself does. 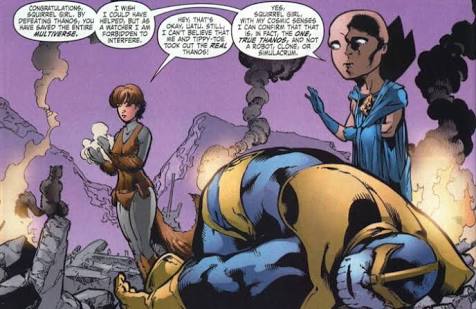 There was a small crossover event in the Marvel Comic Multiverse that saw squirrel girl get together with Utah the watcher. This allied force was only formed to take down the Mad Titan, although, without any clear intent or purpose, we see squirrel girl finally take down Thanos and defeat him not only in combat but also survival. It seems funny to think about it this way but the Mad Titan forfeited his life to squirrel girl. 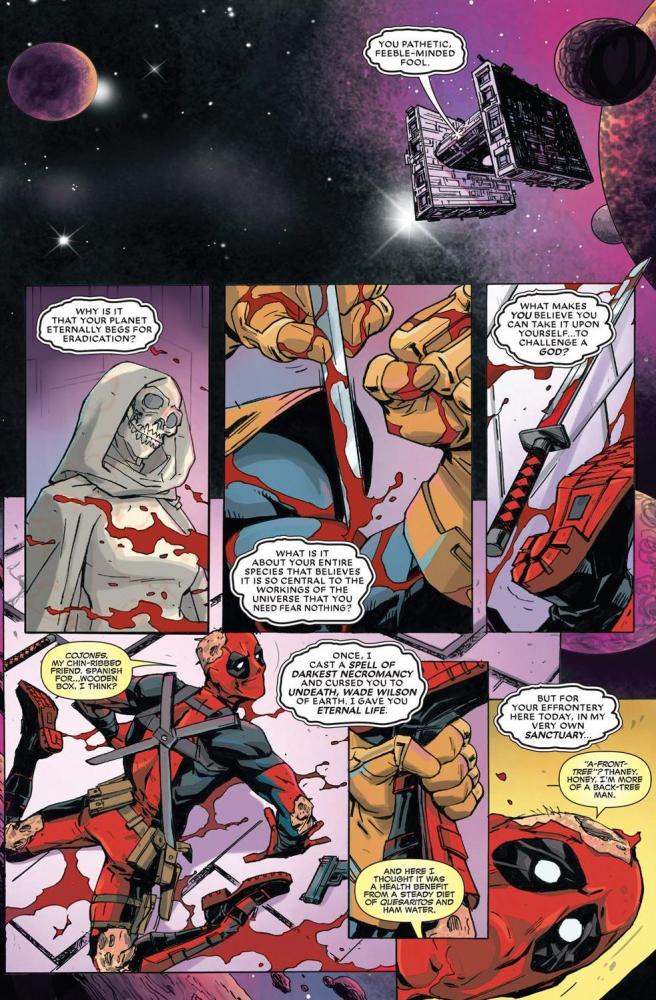 The love triangle of Thanos, Lady death and Deadpool is a sort of running gag in the Marvel Comic Verse. We have seen these three go at it like no one else. This makes for some of the most hilarious exchanges and situations in the Marvel comics. Deadpool was once not only cursed with life but also had his healing factor charged with his cancer. It was during this time that Thanos and Deadpool competed for the hand of Lady Death and the winner was Deadpool because he was the one who ultimately died. 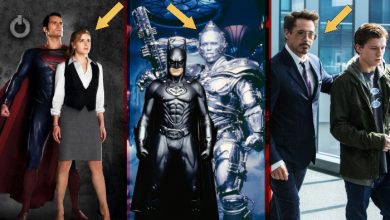 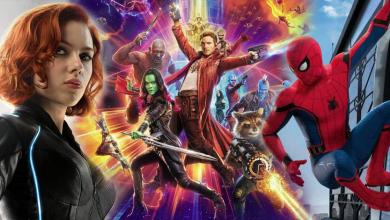 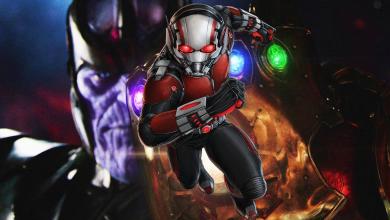 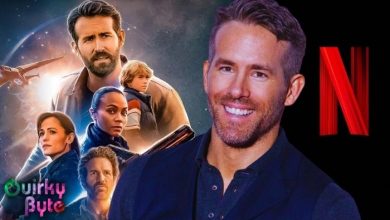