Avengers Infinity War crashed on the BOX office scene on April 27th, 2018. The movie saw the rise of Thanos as one of the most infallible villains in the industry and the Marvel Cinematic Universe combined. On the flip side, DC launched Justice League and had them battle Steppenwolf in their last team-up movie. But when you put Steppenwolf against the universe ending troll known as Thanos. The snap of Thanos’ fingers half of all life in existence and he did this with relative ease (Even if at the time of the snap the Mad Titan was impaled by the Stormbreaker). The terror-filled voice of Thor still echoes throughout a half-empty universe.

There was, arguably, only one Avenger in the entire movie that had any control on the situation. Only one man, one protector of the earth who had any semblance of a lid on the entire matter. This man was none other than the sorcerer supreme himself. Strange used his abundant knowledge of the mystic arts and it was this knowledge of his that helped the Avengers put up a fight against the Mad Titan. But alas even the efforts of the sorcerer supreme were no match for the might of the Mad Titan.

The Avengers squirmed and struggles but they could not stop Thanos from destroying (Literally committing the biggest genocide in the history of creation) half of all life in creation. 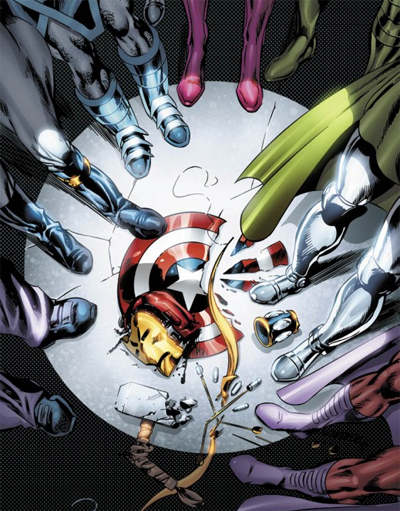 The Avengers tries their best, but their best was clearly not enough. The Avengers failed. Despite of so many warnings ever since Phase 1, the heroes failed. And even an argument that the Avengers were surprised from Thanos approaching the earth in such a rush could be assumed by the defenders of the group of heroes. But the fact is that this is essentially not true. The reason I’m so adamant about this is because the Avengers had been given clear visions during the Age of Ultron that showcased their demise quite abundantly. 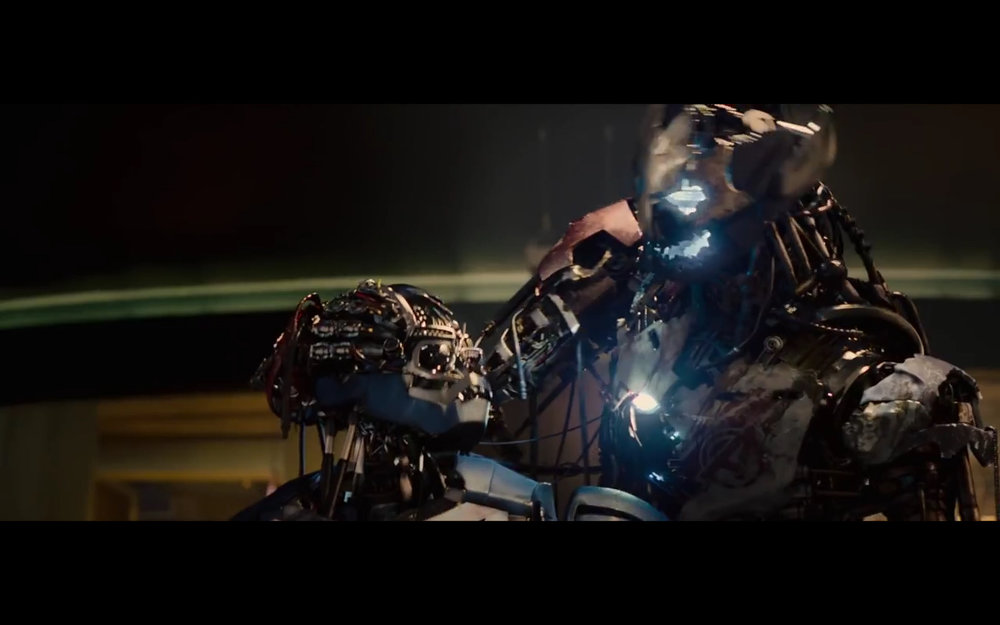 There are three specific visions that I am talking about here. The first two belong to Thor and the last one belongs to Tony Stark himself. Let’s start, shall we? During the course of Age of Ultron, Thor is influenced by the powers of Scarlet Witch who gets inside his head and makes him dream of a future where he feasts in Asgard.

The entire vision is showcased as a premonition but what is even more interesting about it is that the vision never actually came to pass in the future of the Marvel Cinematic Universe. Although the symbolism used in the vision was surely an indicator to future events.

These frightening words came out of the mouth of Heimdall and they were fulfilled in Infinity War where with the death of Heimdall Thor lost everything. The second Thor vision is, of course, the infamous bath scene in Age of Ultron where Thor goes into a cave along with Erik Selvig. It is here that Thor receives an entire premonition of Infinity War, it is here that we receive the first (Official) inclination of Infinity War with Thor envisioning the stones, the Gauntlet and Thanos himself.

Both of these visions did come to pass be it symbolically or literally. But the third vision of the Age of Ultron seems to be the exception to the rule. The third vision was, of course, of Tony Stark aka Iron Man when he first infiltrated the compound where Scarlet Witch and Quicksilver were being held.

This vision was also a by-product of Scarlet Witch messing with Tony’s thoughts, but the end result was much more interesting than that of Thor. Tony envisions himself in space with the corpses of his allies littered around him. There lays cap at his feet, broken shield and a dead corpse, the other Avengers also seem to be in the same boat.

But there is a major flaw in this vision if it was meant to be a premonition of sorts, like all the other ones from the movie. First of all, in Tony’s vision, it’s the original Avengers who die but Infinity War witnesses the death of everyone but the original Avengers. Even Vision and Scarlet Witch are no more, and yet the Avengers survived.

The entire premise is rather unnerving considering the fact that all the other visions came true. So does that mean Age of Ultron made a major mistake or does it mean that Tony’s vision is actually a plot point for Avengers 4. We don’t know, rather we would like to know your opinion on the fact. Please share your views in the comments below. 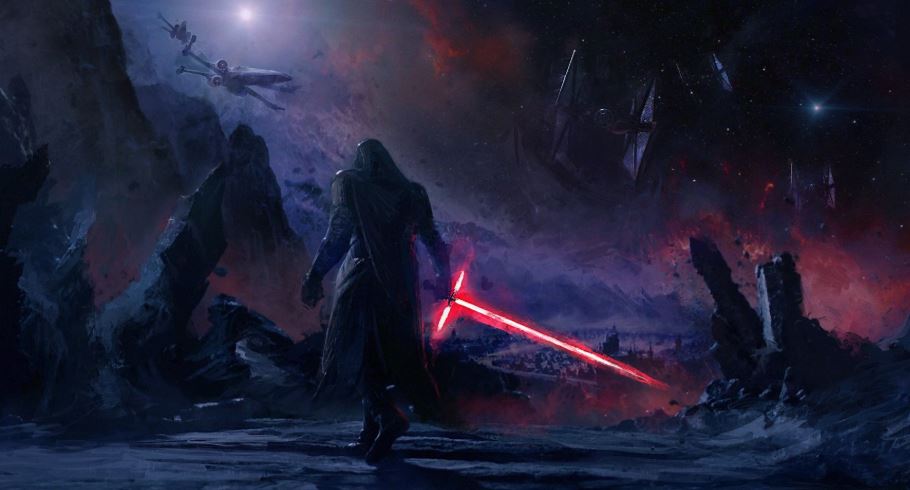 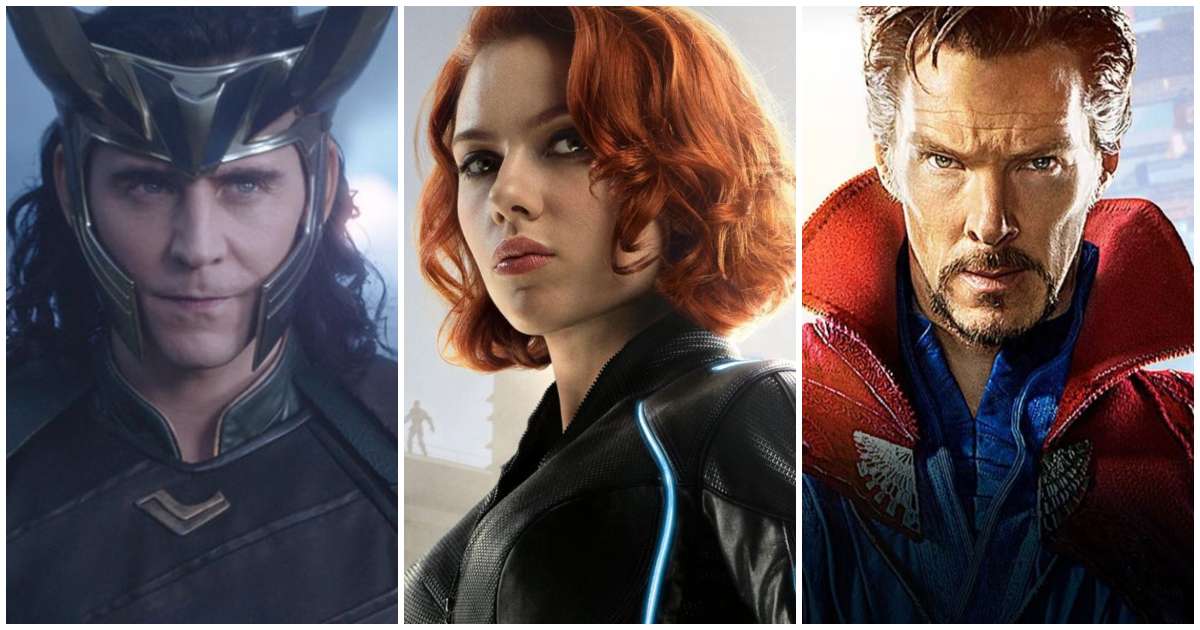