Avengers: Infinity War is now out on BluRay and we have got the big detailed description of everything about the movie. After 18 big movies in the MCU, we arrived at the biggest crossover event that has ever taken place in the MCU and it is easy to say that this movie blew everyone away like little grenades.

People came into the movie with so many questions, and while some of them got answered, they actually left the theatres with more questions than they had before. It was stunning and the big snap towards the end was as shocking as a movie could get.

Now that the movie is out in BluRay, we have access to all the amazing bonus footage and audio that the movie includes. Here’s everything which is a part of the BluRay pack:

As we do not get the whole Gag Reel on the internet, there is still a little part of it which has been released by Marvel. Here’s the second part of the Bloopers in Avengers: Infinity War –

It is great fun to see the cast members enjoying themselves while making the movie and in this particular video we see Robert Downey Jr. (Iron Man), Mark Ruffalo (Hulk), and Benedict Cumberbatch (Doctor Strange) mix in some Mary Poppins for good measure on the sets of the New York battle, while many of the other cast members were laughing and dancing on set including the likes of Letitia Wright (Shuri), Elizabeth Olsen (Scarlet Witch), Scarlett Johansson (Black Widow), Zoe Saldana (Gamora), Chris Hemsworth (Thor), and Benedict Wong (Wong). 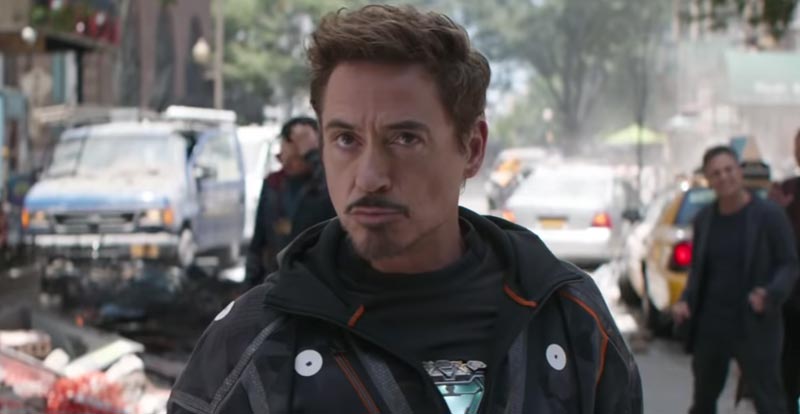 Now that we as fans have really fallen in love with these movie stars, we can actually watch a whole movie of Gag Reels and Bloopers. It would be really fun if Marvel were to put out a 5 Min+ Gag Reel for Avengers 4.

Thanos was the big bad in this movie and we all loved the amazing performance of Josh Brolin as the Mad Titan. Here’s what the Directors had to say about his performance: