Avengers: Infinity War is going to be this massive event we have waited 10 years for. Ever since Iron Man showed up back in 2008, the Marvel Cinematic Universe has been building up to Thanos’ arrival. This has been one epic saga that will come to an end with the upcoming two huge team-up movie events, Avengers Infinity War and Avengers 4. Avengers 4 will mark the new beginning for the MCU as things are going to change drastically.

The Russos have described ‘Avengers Infinity War’ as a heist movie where Thanos will steal six Infinity stones one by one that are scattered in different places. He is not alone in his quest to assemble the Infinity Gauntlet with stones embedded in it, his children aka Black Order and an army of alien fighters aka ‘The Outriders’ are under his command. All he ever wanted was to destroy half the humanity & rule the other half with absolute dominion. Here’s what Russos said:

Till now the trailers have shown us that Thanos has already collected two Infinity Stones, Power and Space from Xandar and Thor’s ship. Space, Power, Reality, Time, Mind and Soul are collectively known as the Infinity Stones in the Marvel Cinematic Universe.

Whoever possesses even one of the tones could completely govern one aspect of the universe corresponding to the name of the Stone. When a being possesses all the six stones, he achieves Godhood. That is what Thanos is looking for – To become a God, eliminate half of the universe and rule the rest with absolute control.

To that end, Thanos has worked tirelessly to get his hands on the six Infinity Stones. In all the as of yet 18 Marvel movies released, five out of six Infinity Stones have been featured in the MCU while the sixth stone aka the Soul Stone has eluded the fans for a decade. Not anymore!! A New TV Spot finally confirms the location of Soul Stone in the movie…. 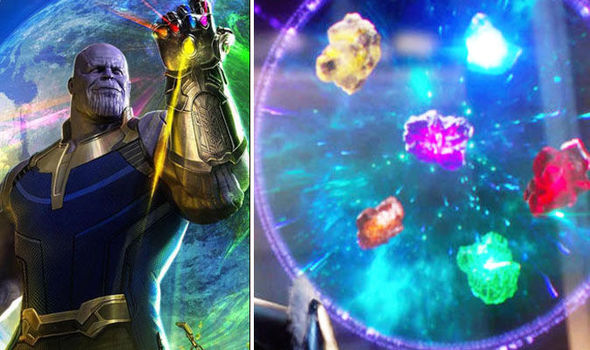 Spoiler Alert: Minor Spoilers for Infinity War. Enter at your own risk…

Infinity War is getting a hell of a marketing campaign this month. After several TV ads and promotional videos of individual superheroes in action in Infinity War, a new one has surfaced. The latest one to grace the marketing push by Marvel is titled ‘Chant’. 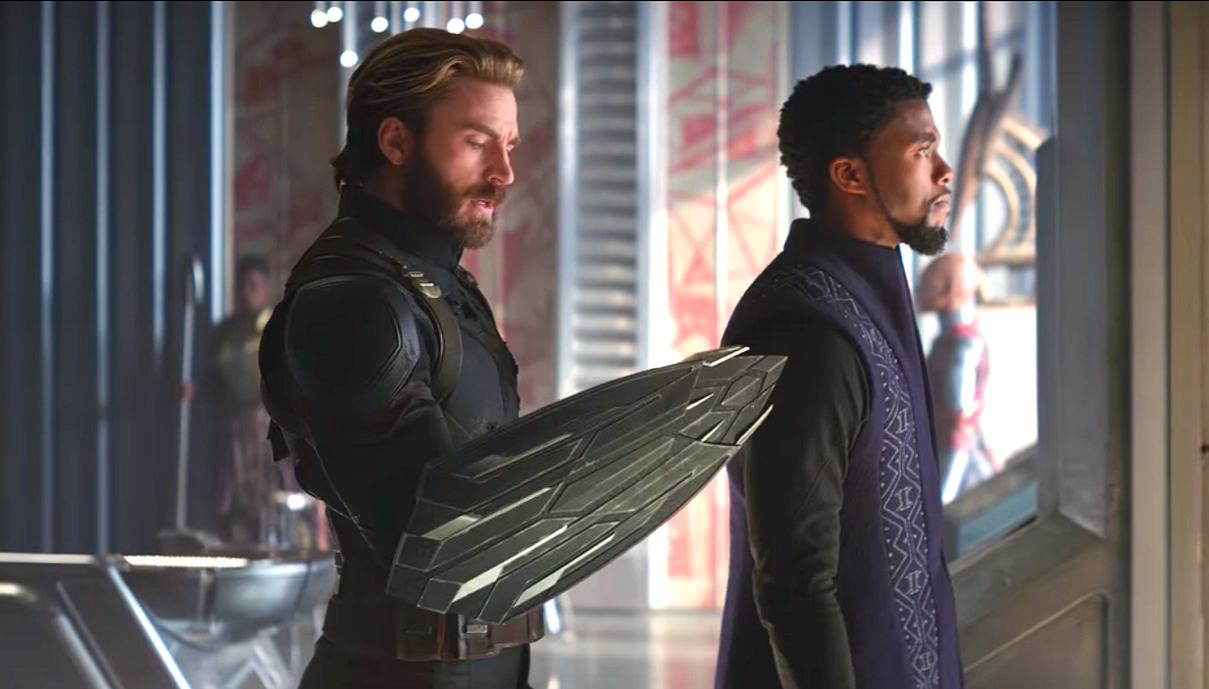 The video entails a touching reunion of Captain America and Bucky Barnes as well as a fascinating conversation between Black Panther and Okoye. There is one other little detail that is as equally jarring as it is worrisome. The location of the Soul Stone has been revealed and it is not where you think it is.

Following tradition, as soon as the TV Spot was released worldwide, Marvel quickly uploaded the video to several other video sharing and social media websites including YouTube and Twitter. What many don’t know is that there exists different frame size for different social media platforms.

Twitter has a little bit wider frame, adding a bit of more to the upper and lower part of the screen than others. It would have been an irrelevant little detail until we found out one little egg in the basket that shook us all.

The Twitter version of the TV Spot, precisely at 0:24, contains one major little detail that no one has yet noticed. Considering Marvel Studio’s secrecy regarding Infinity War, we are forced to believe they have slipped up. The 0:24 frames show just how many Infinity Stones Thanos has actually has in his possessions by now.

This is the particular frame we are talking about:

Thanos already possesses four Infinity Stones! All this time, we were forced to believe Thanos was in possession of only a few stones but that is no longer the case. Thanos already has four tones in his possession. Let’s tally them up in order of their placement in Thanos’ Gauntlet and see what they have to offer.

The Purple Stone is the Power Stone first seen in GOTG Vol. 1. It was used by the Celestials to obliterate worlds and annihilate entire civilizations. Thanos acquired the stone after ‘liberating’ it from Xandar. The Reality Stone is seen next in Thanos’ Gauntlet.

Joe Russo had already confirmed Infinity War will see the Reality Stone in action so we are not that surprised. The Reality Stone first appeared in Thor: The Dark World. The Space Stone is the Tesseract from Captain America: The First Avenger.

Thanos must have acquired at after attacking the Asgardian refugee ship at the end of Thor: Ragnarok. It is glowing because Thanos is probably using its power to conjure up something evil. And then there is the twist we never ever would have seen coming. 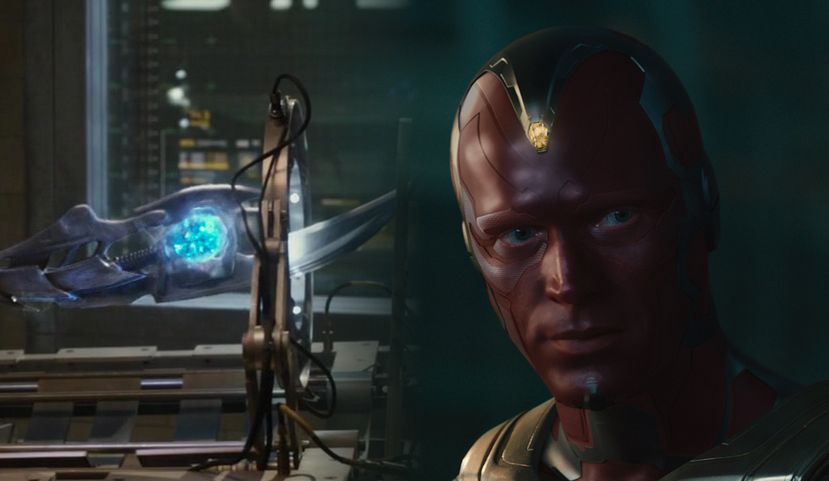 Ebony Maw was seen torturing Doctor Strange in the trailer and he must have easily grabbed the stone from the Sorcerer Supreme. The fact that Maw hasn’t submitted the Stone to Thanos means that the General may be aiming to betray Thanos and use the Time Stone for his own ends. And that leaves us with only one logical conclusion. 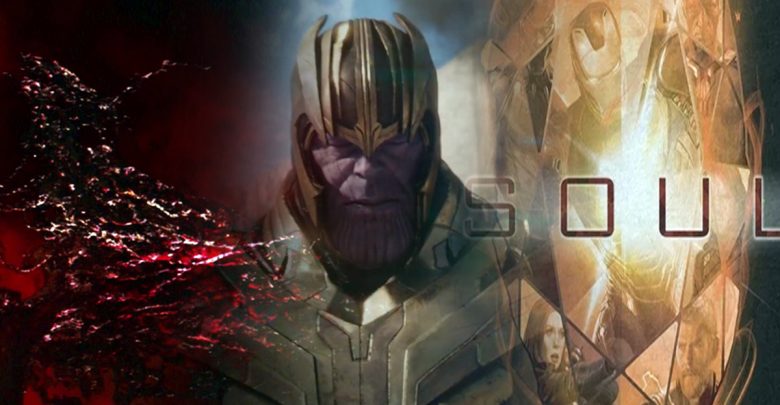 Avengers Infinity War will be released into the theaters worldwide on April 27, 2018. It is directed by Russo brothers who are a masterful duo particularly for comic book ensemble movies (Captain America: Civil War). It is produced by Marvel boss Kevin Feige along with a set of executive producers including the veteran writer of Marvel comics Stan Lee, Louis D’Esposito, Victoria Alonso and Michael Grillo. The screenplay has been written by a talented duo – Christopher Markus and Stephen McFeely.

Don’t Miss: Are You A Terminator Fan? We Have Some Bad News For You!