Thor is one of the most important characters among ‘The Avengers’ but he is no Iron Man or Cap i.e he is not the one who is carrying the entire MCU on his shoulders. In fact, Thor franchise was among the weakest links of the Marvel universe until Thor: Ragnarok happened which took it to a whole new level. 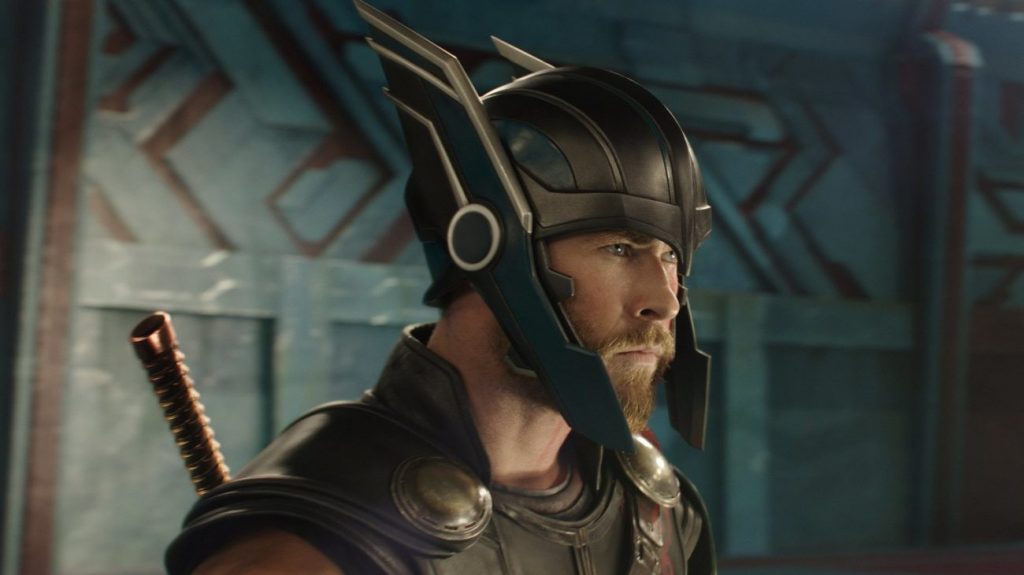 It had a different vibe compared to previous two Thor movies which the audience found it very refreshing. For the first time, we saw Thor could actually crack a joke or two instead of coming across as a serious Asgardian warrior who is always chasing glory and winning wars either with his buddies at home or with Avengers on Earth. 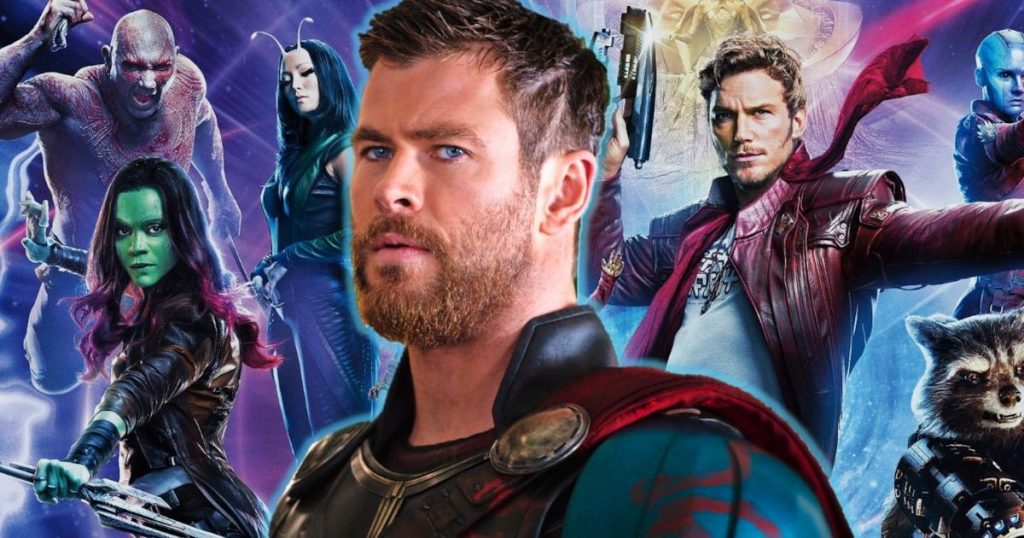 Some of the Marvel fans compared Ragnarok with Guardians of the Galaxy but Kevin Feige stepped into the conversation and quickly debunked it. Here’s what he said:

“Well, I think I would say it’s, and as people see more of Ragnarok, it’s a Taika tone more than a Guardians tone. He’s really adding a very unique point of view to it, but certainly, the success of Guardians just boosted our confidence to continue to go in new, fun, weird directions.”

After Hela (Goddess of Death) destroyed Thor’s hammer Mjolnir, there have been so many rumors and speculation as to which powerful Asgardian object will be next in Thor’s hands. How is he going to fight Thanos and his Black order? 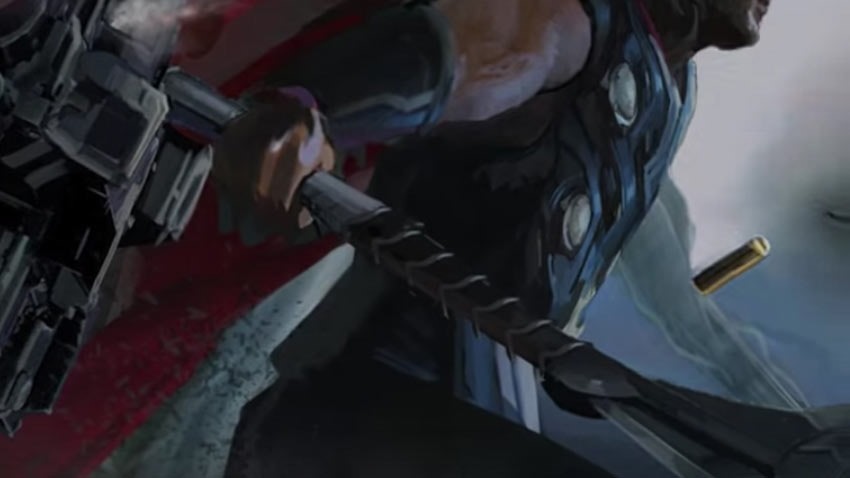 But it is finally all coming together. Rumors and talks of Thor’s new weapon theory will be finally put to rest. As it turns out, they weren’t rumors after all. The new Super Bowl trailer revealed what we had already suspected and led to corroborating our claims. Thor will forge a new weapon for himself in Avengers: Infinity War after he encounters the Guardians of the Galaxy.

In the last scene of Thor: Ragnarok, we saw the Mad Titan’s ship stopping Thor who was carrying his people to safety after Asgard was in ruin in the final battle. Thanos will destroy his ship, kill everyone except Loki who was working for him all this time and will gladly give Infinity gem he stole from Asgard. Thor will somehow escape but unconscious and floating in the sky where Guardians will find him. 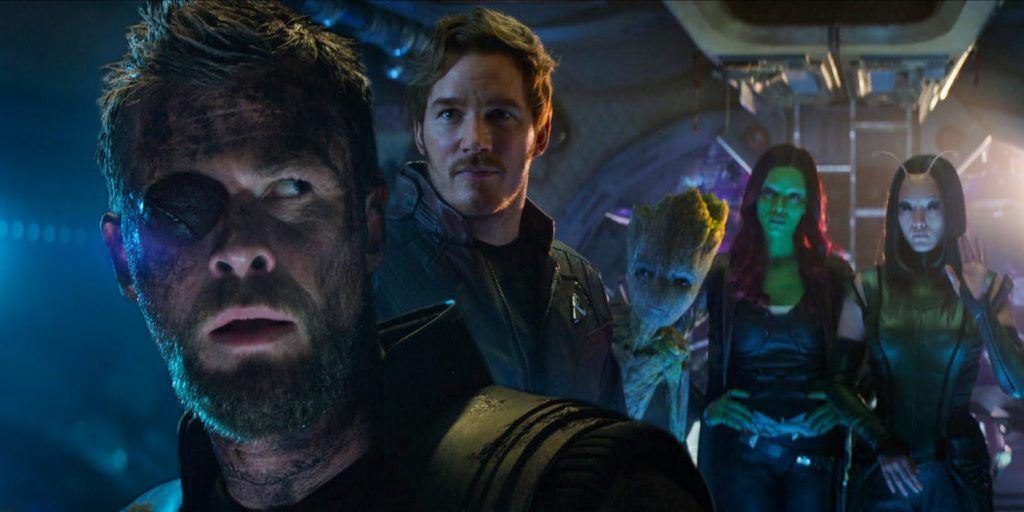 Aided by the Guardians, Thor will finally no longer be unarmed. The trailer shows u an important scene that gives us massive clues regarding the new weapon of the God of Thunder, apart from the first look at Captain America’s new shield and Iron Man’s Bleeding Edge armor. 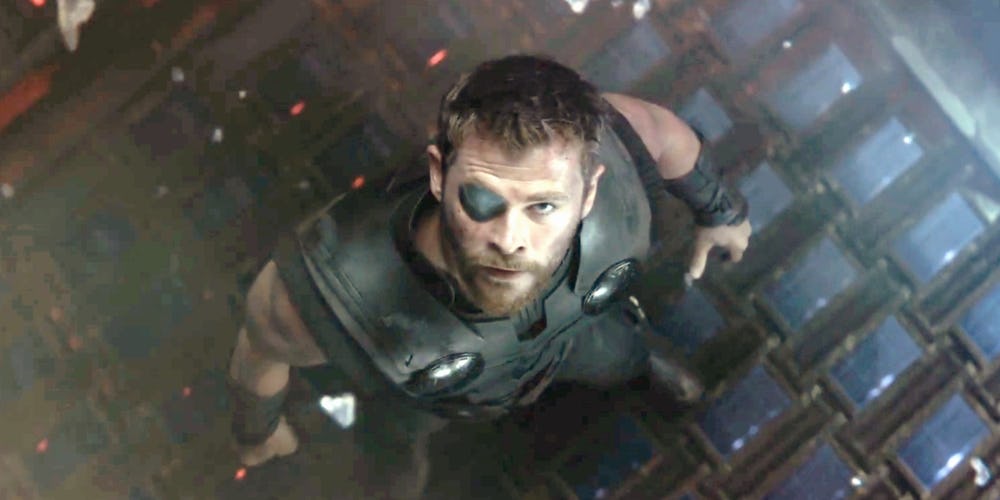 New toy line leaks had already given the fans more than Marvel was hoping to let us in on. Now with the new footage, it is confirmed that Thor Odinson is about to come back with style. The eye patch did not reveal too much about Thor’s new role. But with common sense dictating us, we were forced to believe that Thor as the King of Asgard will not return empty-handed to fight the Mad Titan. 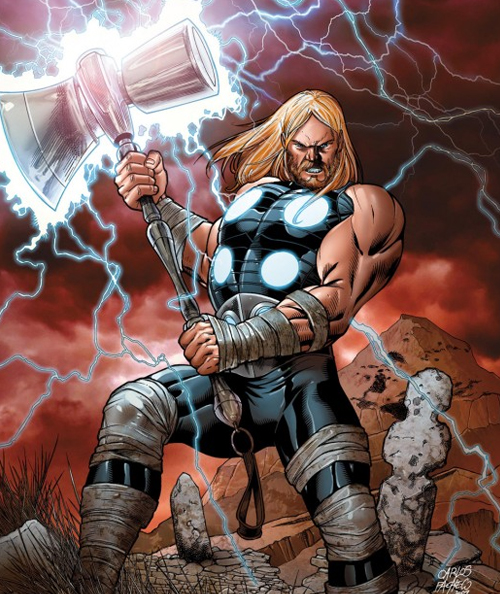 The Comic Books proclaimed that when Thor lost his hammer, he gained a new weapon to defeat his foes. Now that he lost his hammer in Thor: Ragnarok, the prevalent theory was that he will gain a new weapon, just like in the comic books. He will. 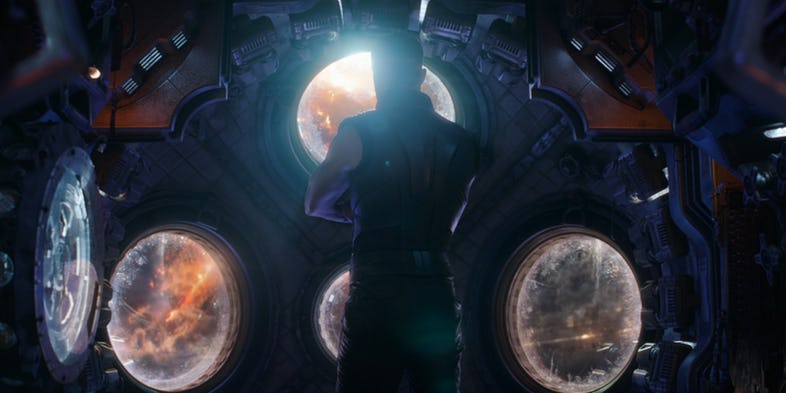 When Hela destroyed Thor’s Weapon in Thor: Ragnarok, speculations were already rife that Thor would be getting new weapon gears for Infinity War. Mjolnir was lost to the ages and two frontrunners came out as the most probable candidates for being wielded by the God of Thunder. One was the mighty Ultimate Mjolnir, the hammer used by Thor in the Ultimates universe. 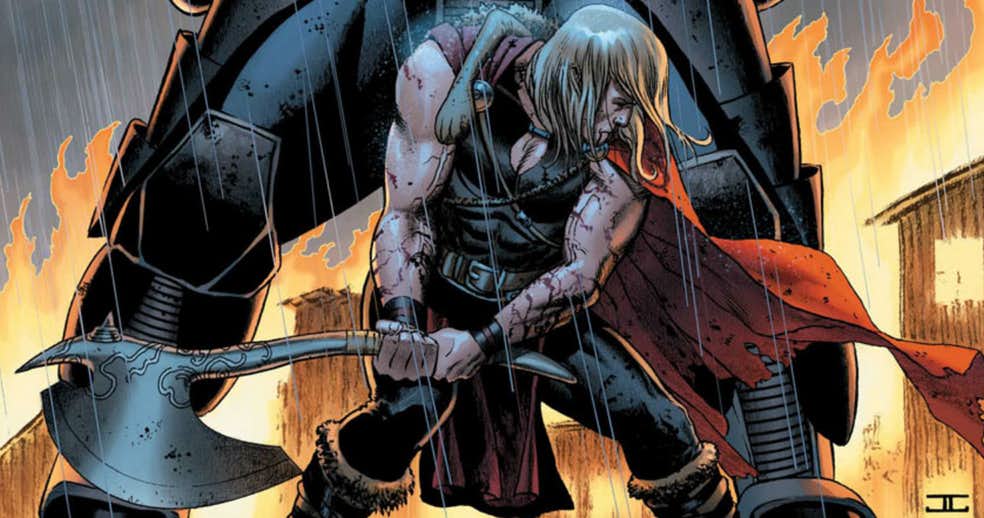 With the MCU movies being mostly based on this alternate reality, fans were dead sure that it was this little fellow that Thor would use in combat. But then the toy lines leaked and Chris Hemsworth himself confirmed that Thor wasn’t going to wield the Ultimate Mjolnir but the Jarnbjorn axe from the time in the comic books when Thor was unworthy of his hammer Mjolnir.

The Infinity War LEGO toys leaked more info than they should: 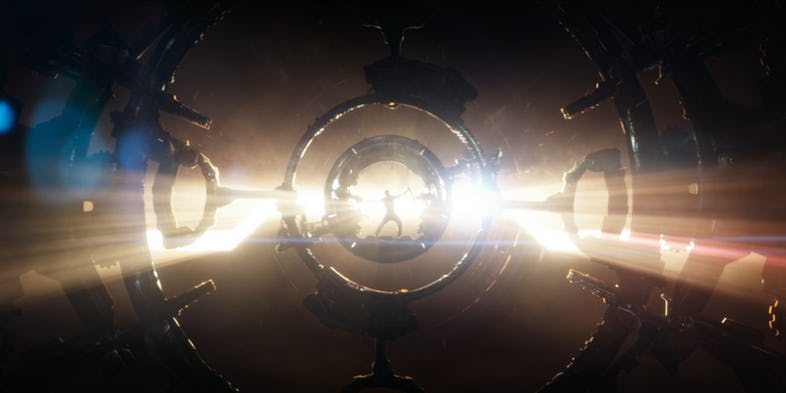 The Infinity War LEGO set of toys showed Thor standing in the middle of a ship with a window on the background. While the ship looked nothing like the Milano, The Guardians’ home-ship, it wasn’t the best set of a clue to lead us to Thor’s new weapon. It was the second picture that caught our eye. 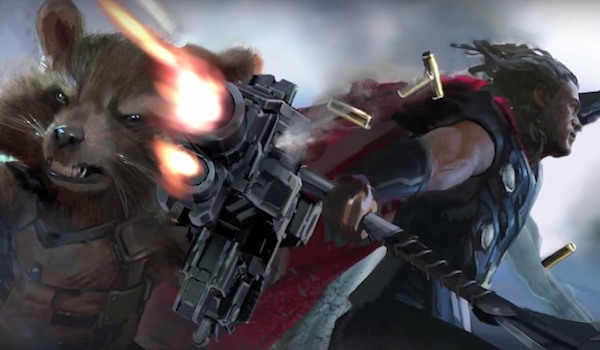 Thor and Rocket Raccoon standing side by side, ready for battle as Thor is seen wielding a wooden axe that looked pretty much like Jarnbjorn. The Infinity War Super Bowl trailer finally gave us the missing link. How was the Axe obtained by Thor? Thor, in the trailer, is seen struggling with a machine as a star burns in the background. That, my friends, is the Dwarven Forge. A similar forge helped create Mjolnir. It will again be used to create Thor’s newest weapon.

The LEGO sets contain several pictures that show a lot of different scenes that match up with the trailer. The scenes include a Thor, Rocket, and Groot traveling in a smaller ship through unfamiliar outer space territory which is pretty much Nidavellir, the realm of the Norse Dwarf Smiths that once forged Thor’s Hammer. The fact that it comes from Marvel’s official toy line speaks volumes. 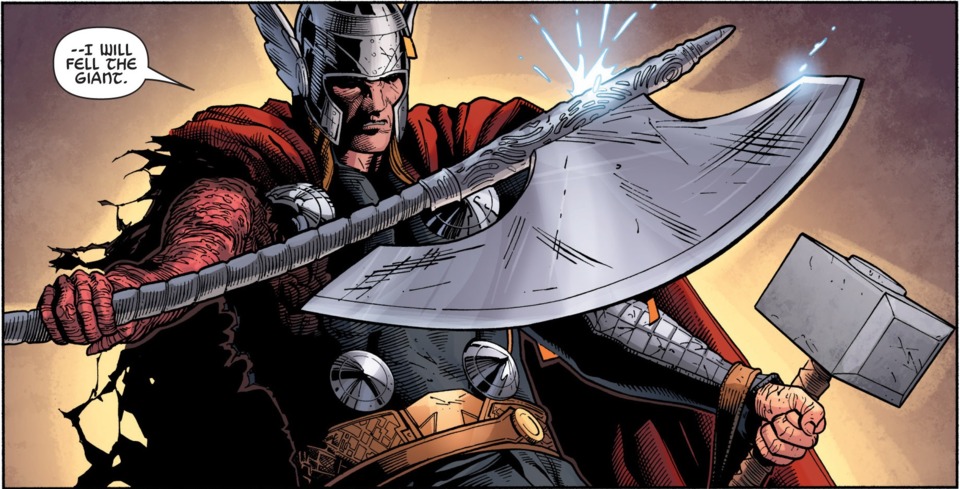 People are still not sure if it is the Ultimate Mjolnir or the Jarnbjorn that Thor will be wielding in combat. If he gets to Thanos, that is. But he will be getting a new weapon. And the scenes within the Lego Toy line posters seem to second our claim. Thor is going to wield Jarnbjorn. And it is going to be epic.

But why is it an axe? Can Marvel really do away with the no blood, no gore that it is already so infamous for? A hammer only smashed and crushed. It was a ‘kid friendly’ weapon. If the God of Thunder is about to hack and slash his way through to Thanos, we feel really sorry for the soul who gets in his way. But the question is – Will Marvel let him spill blood or will he still be the muscled out Teddy Bar that Disney has turned him into.

The Russo brothers Anthony and Joe Russo are at the helm of the film, which is produced by Marvel boss Kevin Feige. Louis D’Esposito, Victoria Alonso, Michael Grillo and God of Marvel comics Stan Lee are the executive producers. Christopher Markus & Stephen McFeely have written the screenplay. Avengers Infinity War will hit the theaters on May 4, 2018. 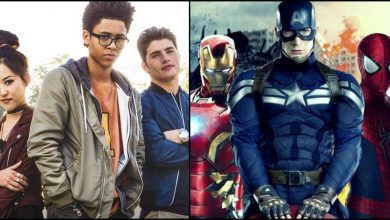 Are The Runaways And The Avengers Gearing Up For A Crossover?!?! 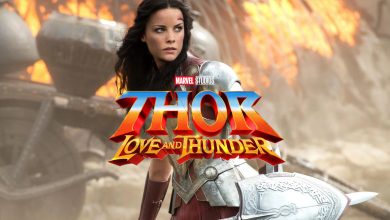 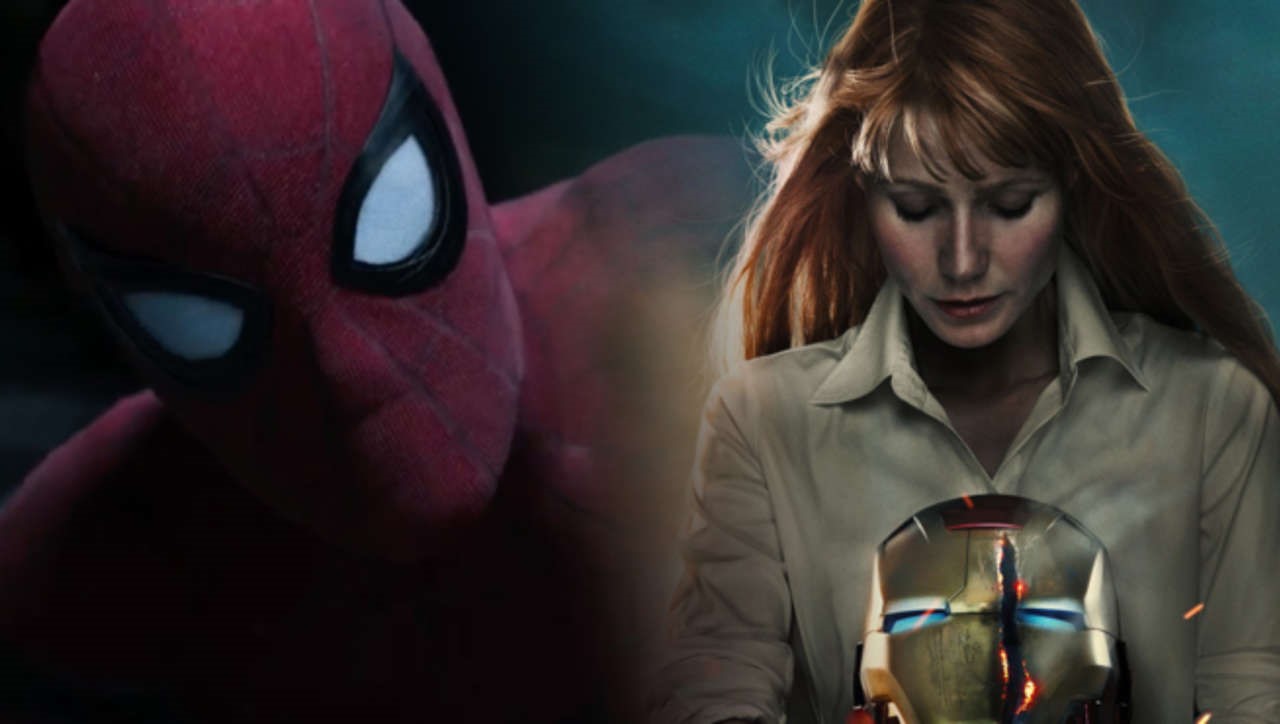