2017 have Marvel fans a lot of treats. Guardians of the Galaxy vol. 2, Logan, Thor: Ragnarok and Spiderman: Homecoming was absolute blockbusters with each movie hitting a home run at the Box Office. But the movies also had moments that were incredible enough to make the viewers gawk and squeal. Let’s have a look… 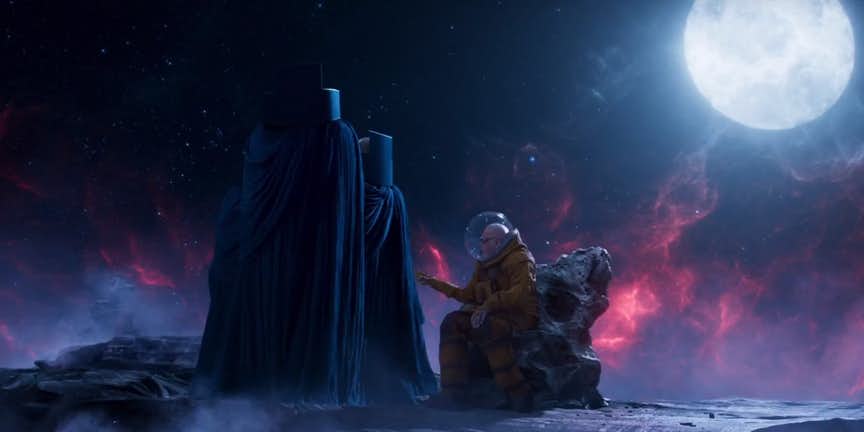 When Stan Lee showed up in a post-credits scene in the movie, everyone was dumbstruck. Stan was no longer “just some guy”. He was wearing an astronaut suit and was talking to the Watchers. In Marvel Comics, the Watchers are extraterrestrials that watch over and record events in the universe. Since Stan has appeared in all MCU movies, he is thus presumed to be the Watcher’s secret informant. 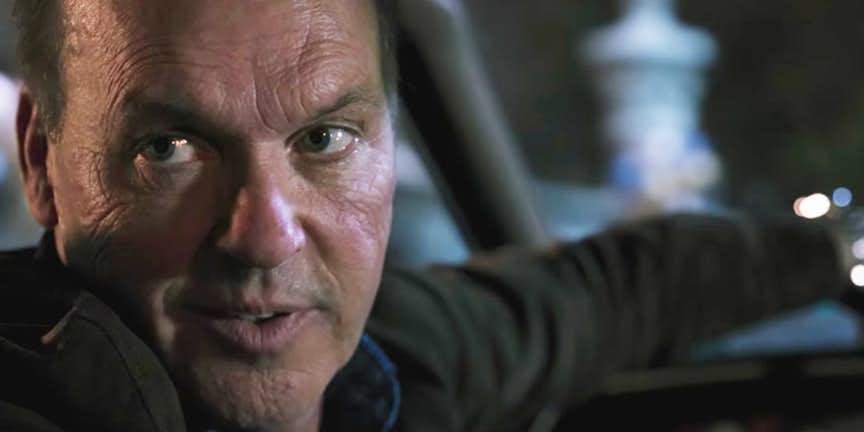 The movie gave us a lot of fan-worthy moments. Michael Keaton outshone everyone in the movie as the antagonist The Vulture. When Peter Parker tried asking Liz Allen (his love interest) out, she agreed. Peter came to Liz’s house to pick her up. Only then did he realize that Liz’s father was none other than the very guy who almost destroyed the Washington Monument.

Adam Warlock is a very popular planet trotting superhero in the Marvel Universe. As a fan favorite, fans were asking the lords of the MCU to cast him in one of their movies. The Marvel Overlords heard the fans’ demands. Adam Warlock was teased to be a genetic experiment of the Sovereign – an alien race that idolizes perfection. Adam Warlock will most likely make his official debut in Avengers: Infinity War. 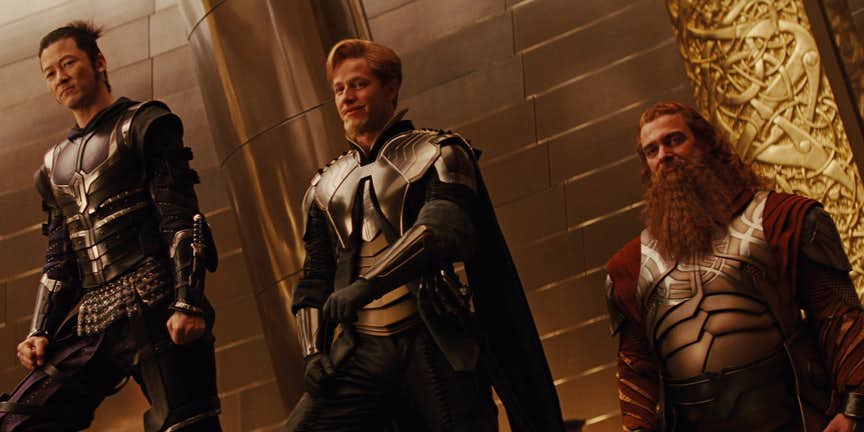 Fandral, Hogun, and Volstagg are one of the core cast members of the Thor movies. Collectively, they are called the Warriors Three and are legendary in Asgardian folklore. But even their superior fighting powers was not enough for defeating Hela. In Thor: Ragnarok, the Warriors Three are among the first mainstream casualties during Asgard’s invasion. 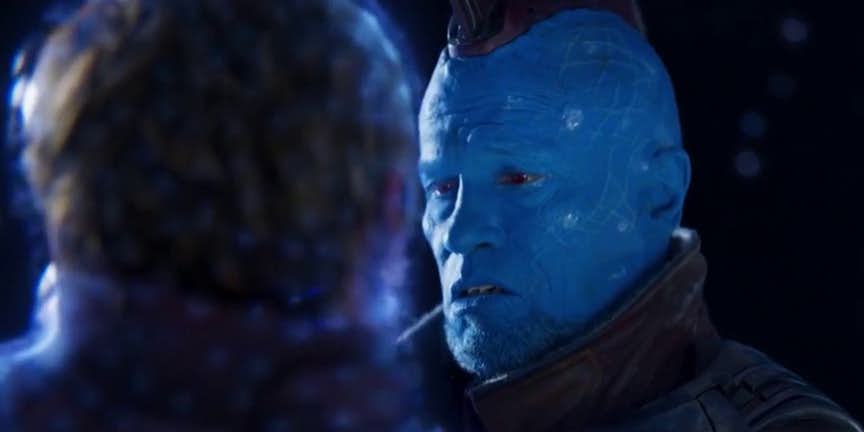 Yondu was seen as a fairly likable guy in the first GOTG movie. He helps the guardians defeat Ronan and save an entire planet of innocents. But in the sequel, Yondu most certainly took the cake. Shown with immense conflict inside him, Yondu used the last of his resources to guide the guardians to victory and save an entire universe. His final words to Star Lord – “He may be your father but he ain’t your daddy” were exceptionally heart wrenching.

Hela is the Goddess of Death in Norse mythology. The comics never portrayed her as powerful as the movie did. But Hela made a grand appearance in Ragnarok. Her debut was brilliant in the sense that even as Marvel fans were just introduced to Hela, she showed her true mettle in battle immediately. Mjolnir – Thor’s hammer forged in the heart of a dying star, made of an unbreakable metal and with the help of which Thor had defeated countless foes in battle, was broken by Hela with just one hand. 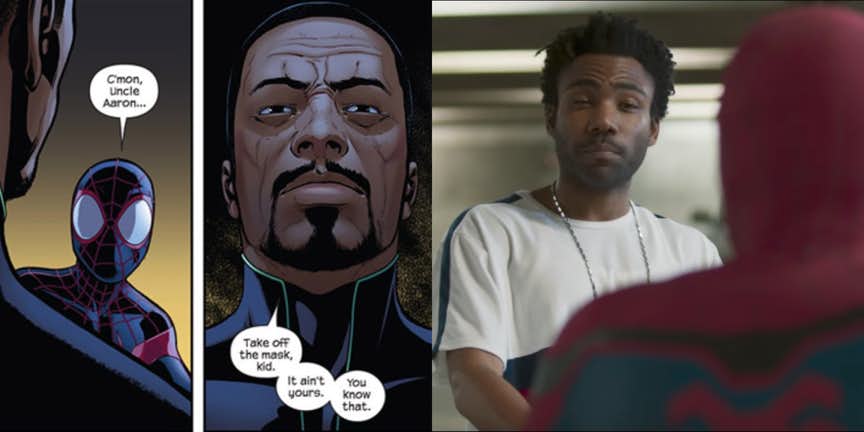 Donald Glover played Aaron Davis in the movie. In Marvel Comics lore, Davis is the paternal uncle of Miles Morales, the successor to Peter Parker as Spiderman. Miles’s father and Aaron used to be career criminals until the former became a father. In the comic, Aaron is the supervillain known as the Prowler and has clashed with Miles several times. Maybe they will again in 2018 when Spider-Man: Into the Spider-Verse finally releases. 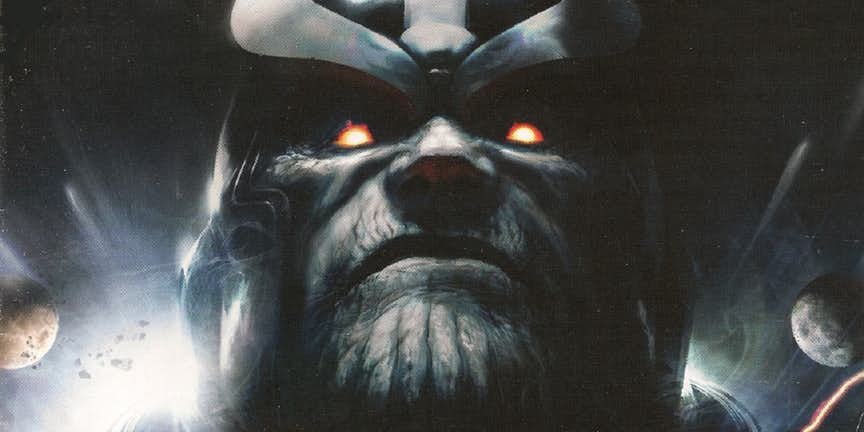 Thanos until now had only made post-credits appearances or extremely short cameos in the MCU. His stature as the most incredible threat to the universe was already being questioned by the fans but not ready to show himself to the heroes. But as Thor: Ragnarok came to end; Thanos’ ship finally appeared before the Asgardians, signaling the start of Avengers: Infinity War.

The Original Guardians of the Galaxy – GOTG Vol. 2 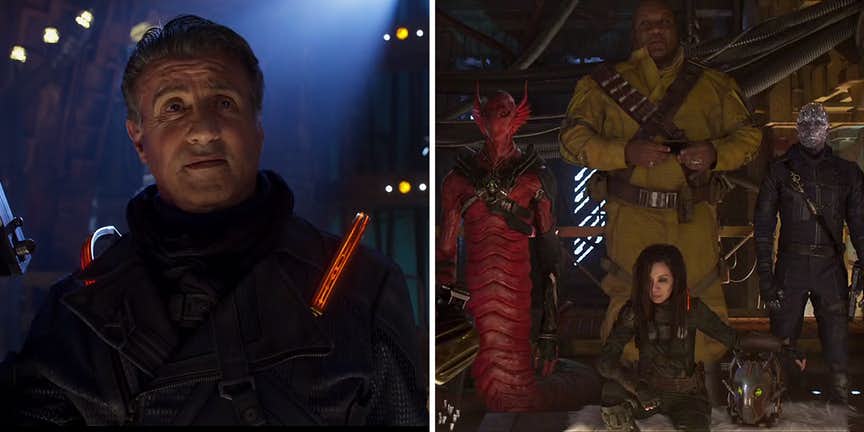 Sylvester Stallone, Ving Rhames, Michelle Yeoh and Miley Cyrus are Star Hawk, Charlie-27, Martinex and Mainframe in the Marvel Cinematic Universe. In the comic books, these grade-A assholes are the original Guardians of the Galaxy along with Yondu. Quill and the rest are actually the second teams in the comics to call themselves the Guardians. Stallone and co. most probably made a short cameo at the end of the post-credits. But if they want to start their own version of intergalactic expendables, I think we all are gonna say aye. 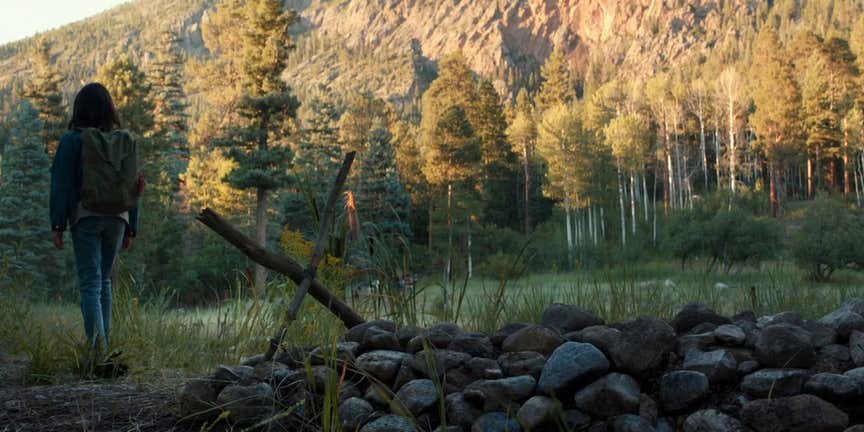 The death of Wolverine has to be the most gut-wrenching and most awful among all movie moments of 2017. Hugh Jackman as the Wolverine was not just loved, he was worshipped. After 9 movies of portraying the sassy, grumpy mutant with an attitude problem, Hugh finally decided to hang his claws for Good. And he did that with style and went out guns blazing. Hugh Jackman was no more the Wolverine but for us, he will forever be.

Don’t Miss: 10 Most Controversial Moments In DC Movies of 2017 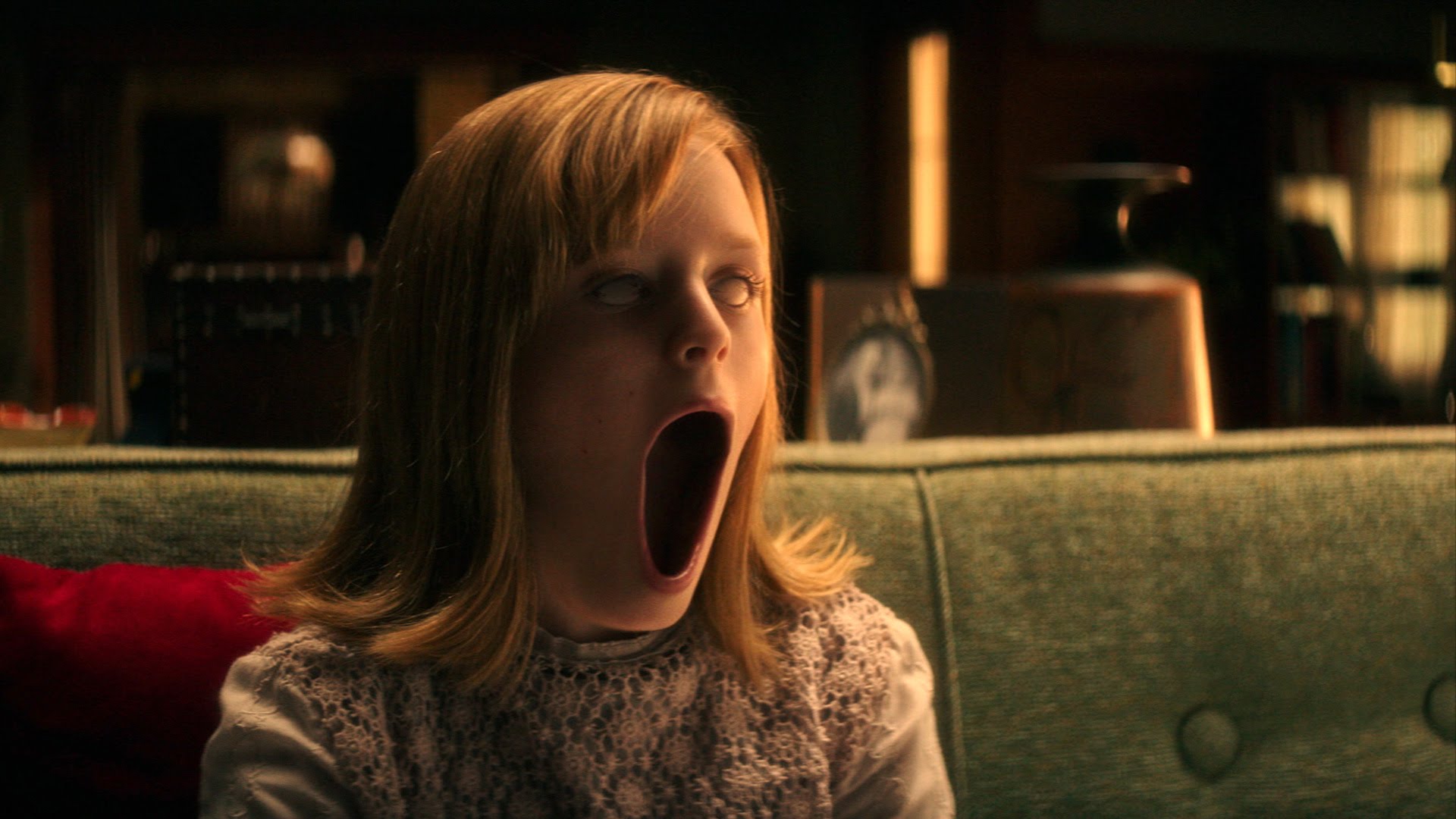 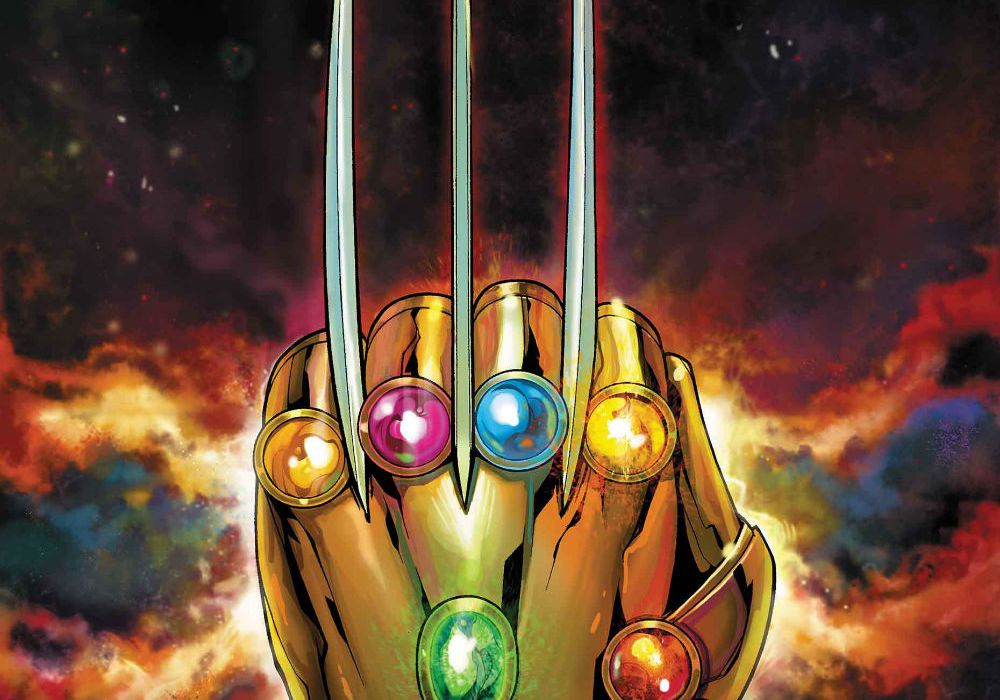 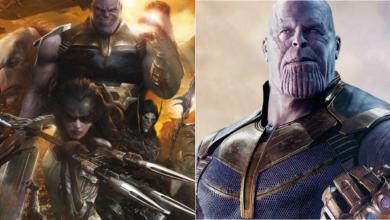 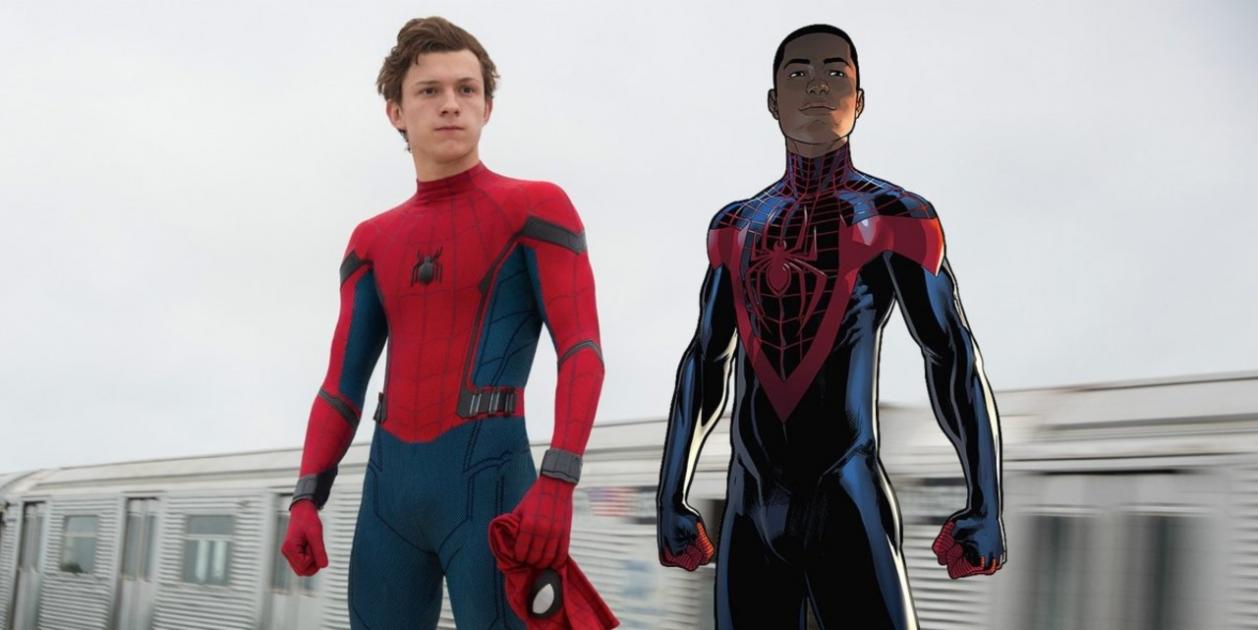 The Spider-Verse – How Does Miles Morales Get His Powers?