After Disney’s acquisition of Lucas Films, Star Wars got another way of merchandising its assets – Marvel Comics. Dark Horse has had a successful run with publishing Star Wars lore in their comic book issues. After Disney got the publication rights to the franchise, Marvel did some bold changes that were too glaring to ignore. 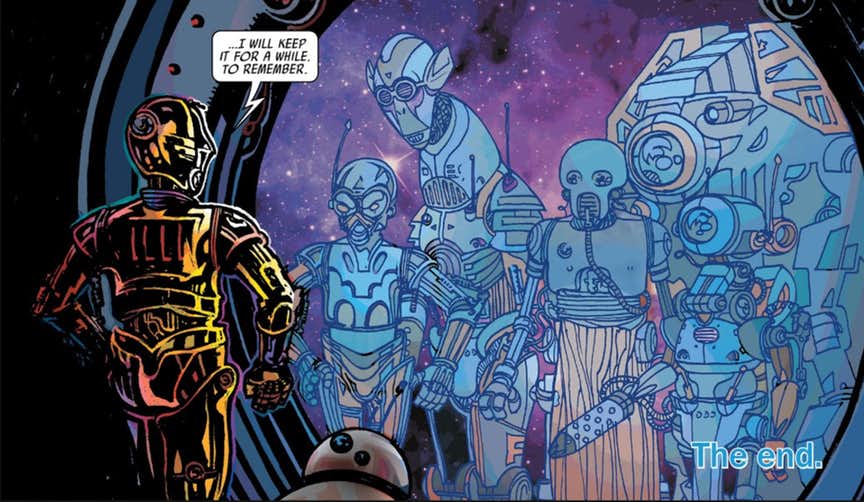 The android C-3PO or Threepio is one of Star Wars’ most lovable characters. Its witty robotic remarks and general clumsiness and awkwardness made it an instant hit among the masses. In The Force Awakens, Threepio is seen sporting a red right hand. That was in honor of a dead android friend who sacrificed its life to save Threepio on one of the latter’s missions in Star Wars Special: C-3PO.

Darth Maul is a Brat that you will feel sorry for 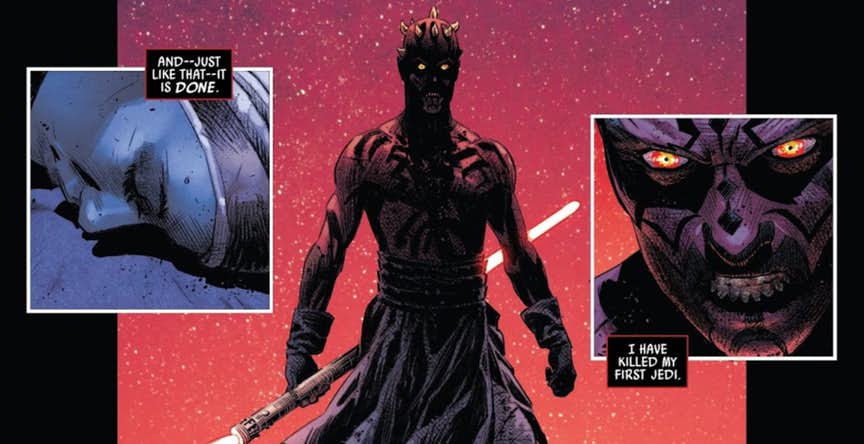 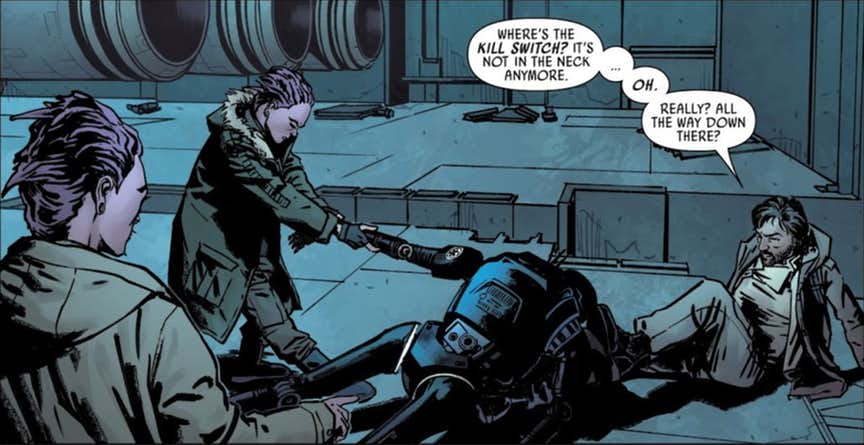 Rogue One was the gem that helped Star Wars get back on the map. It had awesome characters, engaging storylines and the sarcastic K2SO. K2SO was a reprogrammed First Order security android that now worked for the rebels. In the comics, the K2SO is shown having its kill switch in his arm. Why would a Droid Manufacturer put a kill switch for a battle robot on the robot’s arm where it can be easily accessed by the enemy mid-battle??

Not all Jedis were killed after Order 66 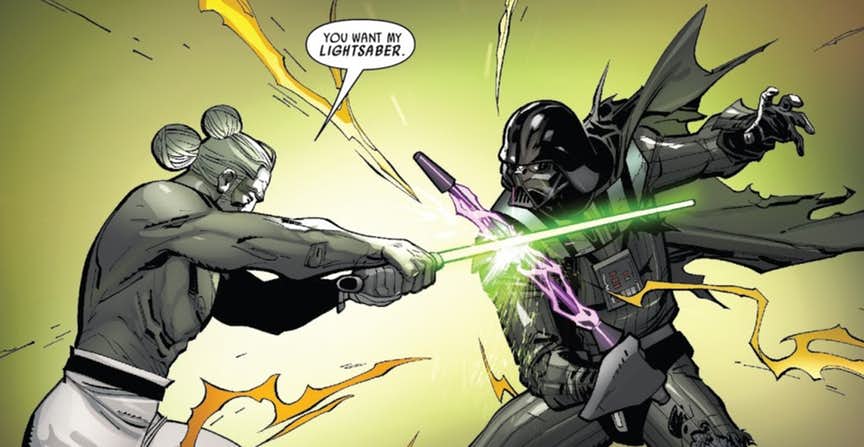 Order 66 is the code word for a genetic program found deep within the clone troopers of the Galactic Republic. When issued, the Clones would be brainwashed to attacking the very Jedis they were sworn to protect. Thousands of Jedis all across the Galaxy were gunned down when the Order 66 was issued. But a few survived. Darth Vader was once tasked to track one down, kill him and capture his Lightsaber to corrupt it and make it his own.

Coruscant is a Bastion of the Imperial Forces and the epicenter of the Empire’s power. But the Rebels have managed to infiltrate even this planet. The Comics show Coruscant houses a Rebel Master-Spy called Eneb Ray. He is tasked with saving the lives of Senators loyal to the Rebellion from execution. His mission fails but the fans are shown just how deep the Rebel Alliance’s network goes inside enemy territory. 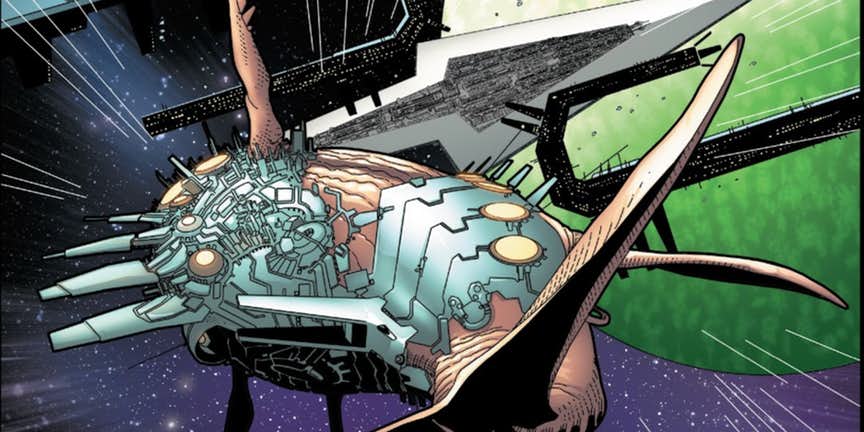 Cylo is an Imperial Cybernetics Specialist who wants to usurp Darth Vader as the Empire’s Right-Hand guy. He is also the guy who turned Vader into the quasi-terminator he is known as today. Cylo had a fetish for jamming Electronics with organic flesh. He also used a species of Spacefaring whales which he jammed with all sorts of weaponry and warp drive mechanics and turned them into inter-stellar battleships and troop carriers.

The biggest aspect of Marvel’s Star Wars stories is the ability to introduce never before heard plot elements into the Star Wars universe. The Screaming Citadel story arc introduces us to the Queen of the Citadel of Ktath’atn. The queen is actually a vampire that sucks the life energy of people instead of blood. Her favorite dish is Force Sensitive beings and her Citadel houses one right under her nose. 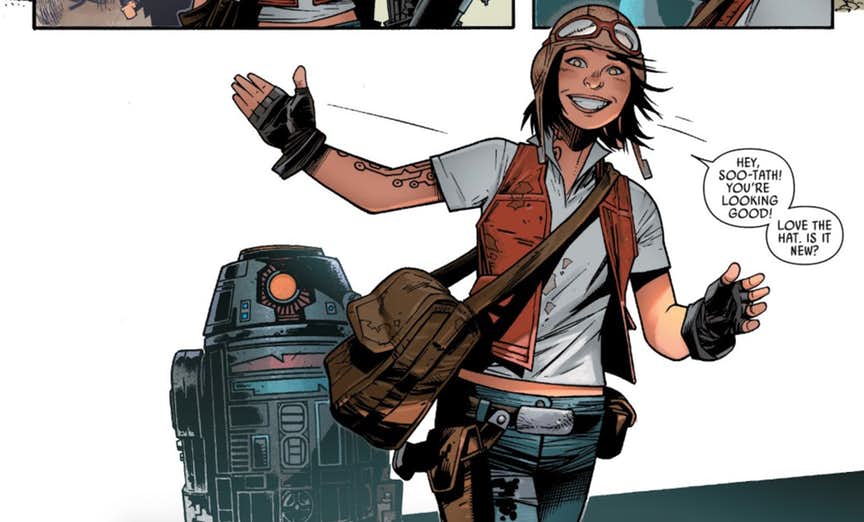 Doctor Aphra is everything Rey isn’t. She is intuitive, kind and curious just like Rey but also so much more. The Last Jedi trilogy has introduced Rey as a Jack of all trades. She somehow knows and does everything with perfection even though she has had no formal training. Rey has been termed the ‘Mary Sue’ of Star Wars. Doctor Aphra is a character that developed from being useless into blossoming into a character that learned from her mistakes as her stories progressed. Apart from that, Aphra has a much better sense of humor than Rey ever did. 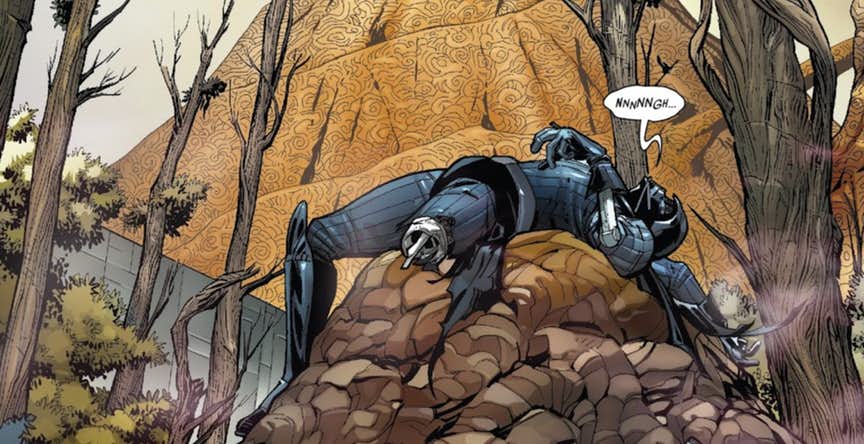 After Anakin Skywalker is almost killed by Obi-Wan Kenobi and turned into Darth Vader, he still is Anakin Skywalker from the inside. But Rogue One introduces us to a complete Darth Vader devoid of any emotion. Something happened in between that killed Vader’s inner Anakin and turned him into a monster. Darth Vader is sent to a planet to kill a stray Jedi that escaped the Jedi massacre and retrieve his Lightsaber. This is where Vader learns to be Vader.

Han Solo had a wife and it’s not Leia Organa

Ever heard of the name Sana Solo? If not let us enlighten you. Sana Solo used to be the wife of Han Solo for a long time than the movies depicted her to be until Han abandoned her. Jilted, Sana uses her ship and a band or Rodian mercenaries to track Han down and make him pay. She then meets General Leia Organa later on in the same room as Han. Just think about the galactic level awkwardness that would have filled that room.