A movie’s main objective is to keep the people entertained who are watching it. For those few hour, people forget about the stress, problems, worries etc. The thing that none of the movies would want is to show the mistakes and glitches in the script or the screenplay. It’s quite common to see some common mistakes in movies but in case of DCEU, these were right there in the script but they didn’t correct them. So buckle up and be ready for ten mistakes in DCEU that you never noticed. 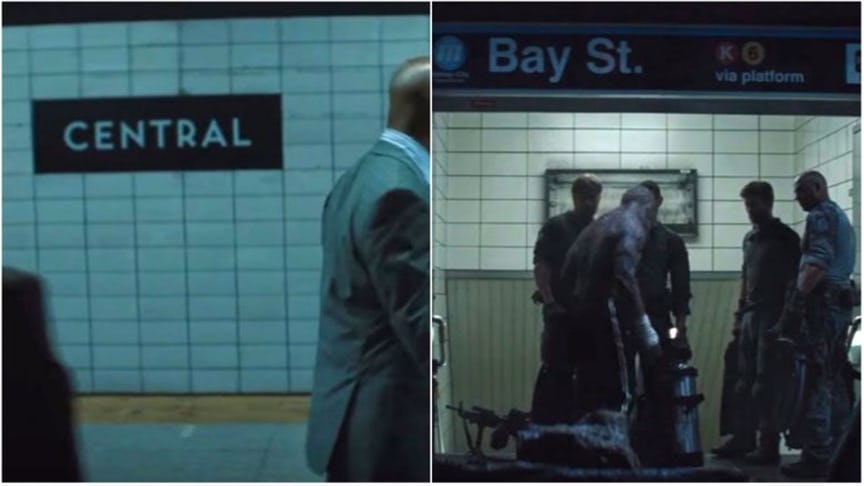 In suicide squad, when the team goes into the subway the signs were ‘Central’ but when they were standing outside it, at the entrance it shows a sign ‘Bay street’. It’s actually a station frequently used for the shooting because it has a complete lower platform that has been out of service for decades. 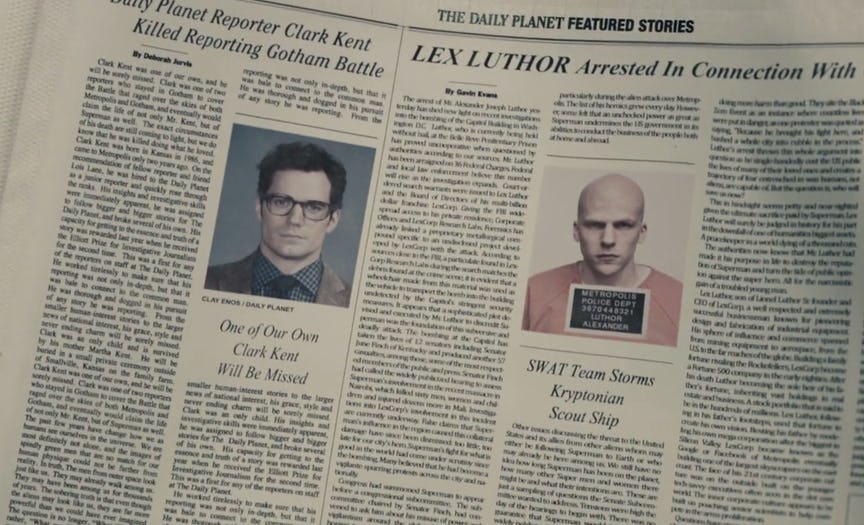 After Superman’s death in the movie, a scene showing a fresh copy of a newspaper with Superman death on the cover page a somebody ignoring the fact that Superman died opens the center with Clark Kent’s eulogy.

Putting aside the fact that someone has got to have flipped through that paper and realized that Superman (who just died) looks exactly like this Daily Planet reporter (who also just died), Clark’s obituary is surprisingly long. And when you look closely, his colleagues didn’t have much to say about him, as the same few paragraphs were repeating throughout the article.

In Wonder Women, when Steve was getting dressed after a bath he zips up his pants while talking to Diana. Now Wonder Woman is a movie based on world war 1, which took place in 1914 to 1918.

The zipper clothes were not invented or came into use until 1925, It would be more likely that Steve would have to do a series of buttons on his pants, but modern audiences probably would have found it a bit too odd to see button fly jeans as they’re now more associated with their resurgence in the ’90s, but they go back way, way further than that.

In the near end of the Man of Steel, Zod releases two world engines to transform the earth. One was in the Metropolis and the other one was somewhere in the Indian Ocean that means both were at the opposite side of the earth.

What doesn’t make sense is that it is clearly daytime during Metropolis, and at the exact same time the Sun is either rising or setting where the other World Engine is in the Indian Ocean. Somehow, the Sun is shining on opposite ends of the world at the same time, which anyone with a third-grade student will tell you that it’s impossible, but showing the World Engine over a pitch dark ocean would have looked way less cool.

Lois and The Black Hole (Man of Steel)

Everyone Behind Bruce Wayne (Batman vs Superman)

In the beginning of the movie Bruce gets the car. He pulls up the crowd of pedestrians, a few of them moved but the crowd is too much to drive through, so he gets out of the care to see why people are looking up in the sky.

They look up at the World Engine that’s destroying the city, but when the shot moves back to show Bruce looking up, the massive crowd has moved behind his car and he’s directly in front. Did everyone decide to get behind his car after he got out? This continuity error is especially jarring because the shots are only a second apart, and the only reason Bruce got out of his car at all was that of the crowd in front of him.

That’s Not How Dust Works (Batman vs Superman)

Bruce Wayne is running around Metropolis during Superman’s battle with Zod, and at one point, runs through a massive dust cloud that other citizens are running through as well, but as the scene goes on, neither Bruce nor anyone else is covered in dust. 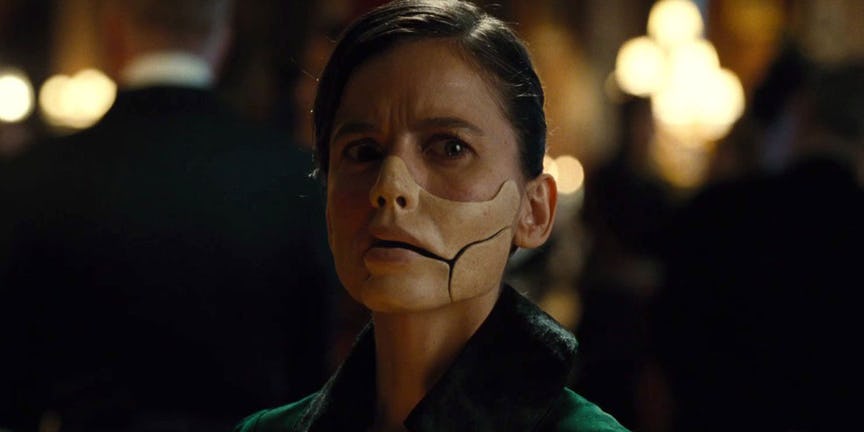 Wonder Women was a great movie but it looks like the science was little weak. At one point in the film, Chief says that the poison gas should be flammable because it is hydrogen-based, but that doesn’t make any sense. Yes, pure hydrogen can ignite and cause explosions, but it is one of the most common elements of the universe and there are thousands of substances that are hydrogen-based which aren’t flammable.

Harley Quinn’s hair changes so often throughout Suicide Squad that there’s a chance it might actually be some kind of latent meta-human superpower. First, when she gets caught by Batman, her car was submerged underwater and her hair is blonde, but as he’s carrying her to the Batmobile, the hair ends are pink and blue.

Later, when she’s wearing her outfit for the Squad, her hair becomes all white again until the time she puts it up, then her ponytails are straight and colorful, but then her hair changes again later on from the straightened style to a salon-quality curl. A few scenes later, it blends the straight and curly style and stays that way for the rest of the film, but in the final battle with Enchantress, there’s a shot that’s flipped where her pink and blue switch sides. I mean, come on what’s happening with her hair.

When Steve and Diana were sailing to London from Themyscira on the sailboat, they both went to sleep at the same time. This might probably be fine on a motorboat, but sailboats are affected by the wind constantly and would be easily taken off course. When they wake up, they could have drifted miles in one direction or the other with no way to get back on course until they hit land somewhere. Diana can be forgiven for not knowing how to get there, but Steve is supposed to be navigating to London.

Don’t Miss: Who Is The Most Powerful Female Superhero In The DC Universe?