This is a battle we need to see on the big screen. The Mighty God of Thunder versus Earth’s Green Guardian, a watchful protector, what a match up! Green Lantern is a very underrated Superhero when compared to the likes of Thor, but he is the guy with the strongest will on Earth and he does back a solid punch just like Thor. A battle between these two will be really epic. Here is the analysis to find out who will be the ultimate winner.

Whenever he is in danger, he just sorts of calls the hammer and where ever it may be, it comes to the rescue The Mjolnir actually allows him to fly, Manipulate electricity and weather, and transport dimensionally. Other than that his powers include Superhuman strength, speed, endurance, and longevity.

Even without the Mjolnir, Thor would be an extremely strong opponent for any individual. Thor possesses electricity within himself and he can summon that electric Thunder he possesses if the Mjolnir is not with him. Other than that, he also has a Magic belt which gives him various mystical powers and it adds on to his strength.

This battle is not what everyone would think of but we need to see it happen once because it would be really cool to witness. Both Thor and Green Lantern as extremely powerful. Thor would surely dominate the fight in the beginning as he is mighty! But Lantern has a stronger will, which gives him endurance against the attacks of Thor. Thor’s thunder attacks would not have an effect on GL as long as he concentrates. The ring will shield him from the Thunder attacks but he will still get the physical pounding that Thor would unleash upon him.

Once Lantern gets hold of him, Thor will have a tough fight bestowed upon him as he has the ring which allows you to imagine anything. GL can build up a Thor-buster armor of his own and attack the God of Thunder. But, at the end, he is a God, and even the power of the ring cannot keep him down no matter how hard Hal Jordon focuses. So, Thor would be the ultimate winner.

Don’t Miss: 5 Bloodiest Fights Between The Hulk And The Wolverine 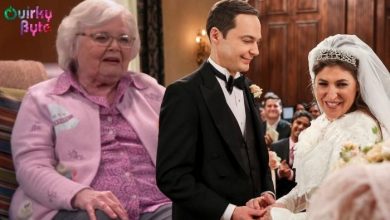