Have you ever wondered that how your favorite celebs looked in their childhood? Do you think Tom Cruise or Brad Pitt were cute kids? I mean do you think everyone knew that these beautiful looking kids will turn out to be hot and handsome men? Well, then I am afraid to say, that you are absolutely wrong. Your favorite celebs weren’t that cute or sweet or beautiful. Read about these 15 Ugly turned hot celebs.

We change a lot during puberty. I mean voice, looks and our personality, it completely changes for some. Luckily things were in favor of Tom Cruise as things change for his good. This jaw-droppingly hot and sexy celeb was nowhere close to this in his childhood. Well, it was not just puberty, but as he grew up, with some cosmetic surgery he changed certain things and boom.

Ex-flame of Tom Cruise, Katie Holmes wasn’t the cutest kid in her childhood. So, it’s not that she was ugly or something, but still, she wasn’t the way anyone would imagine her considering how she looks now.

He’s well known for his great acting ability, stage presence, and of course his unbelievable good looks. He’s also married to one of the most beautiful women in the world. Yet, when he was a child, Brad definitely turns heads now, but as a kid, his bowl cut wasn’t getting him any positive attention.

He’s a p0retty big hottie these days, and we are sure he never wonders about whether or not he will have a date on a Saturday night. Since he left the High School Musical franchise behind, he got himself a set of abs and has been working mostly in comedies to help skyrocket his career. Seeing him in Baywatch fans won’t believe what he looked like as a kid.

When most people think of Beyonce, they think of an amazingly beautiful woman who knows how to rock the stage. She wasn’t so perfect as a kid, however, with missing teeth and uncooperative hair, she was probably the ugliest of them all.

Jennifer Lopez is an insanely beautiful woman. But she clearly had to grow into her stylish lifestyle. All girls hope to see this day in their life when they are not ugly anymore and are really famous. But this does not happen to everyone. Being talented is one thing but being able to capitalize on that and do something really big is not possible for everyone.

When most men think of Megan Fox they think of smoking hot beauty. She is a knock out who has everything to offer as a whole. You’d never expect Fox to have been an awkward child, but that’s exactly what she messed up teeth and denim vest seems to suggest.

Eminem can’t be happy with this picture. Is that a small mullet!? This completely goes against the tough persona that the rapper has created for himself. We all know that our rap god has gone through many struggles throughout his life and his movie 8 Mile has shown that to us, but this is another example of how hard work pays.

It’s hard to believe that Taylor Swift could have ever been unpopular, especially since she has a fan base in the tens of millions these days. Her popularity has only seemed to have grown over the years, and she’s anything but ugly. Life wasn’t always that way for Taylor however, she was one celebrity that grew up as an ugly duckling. This picture proves that money and fame make everything possible. 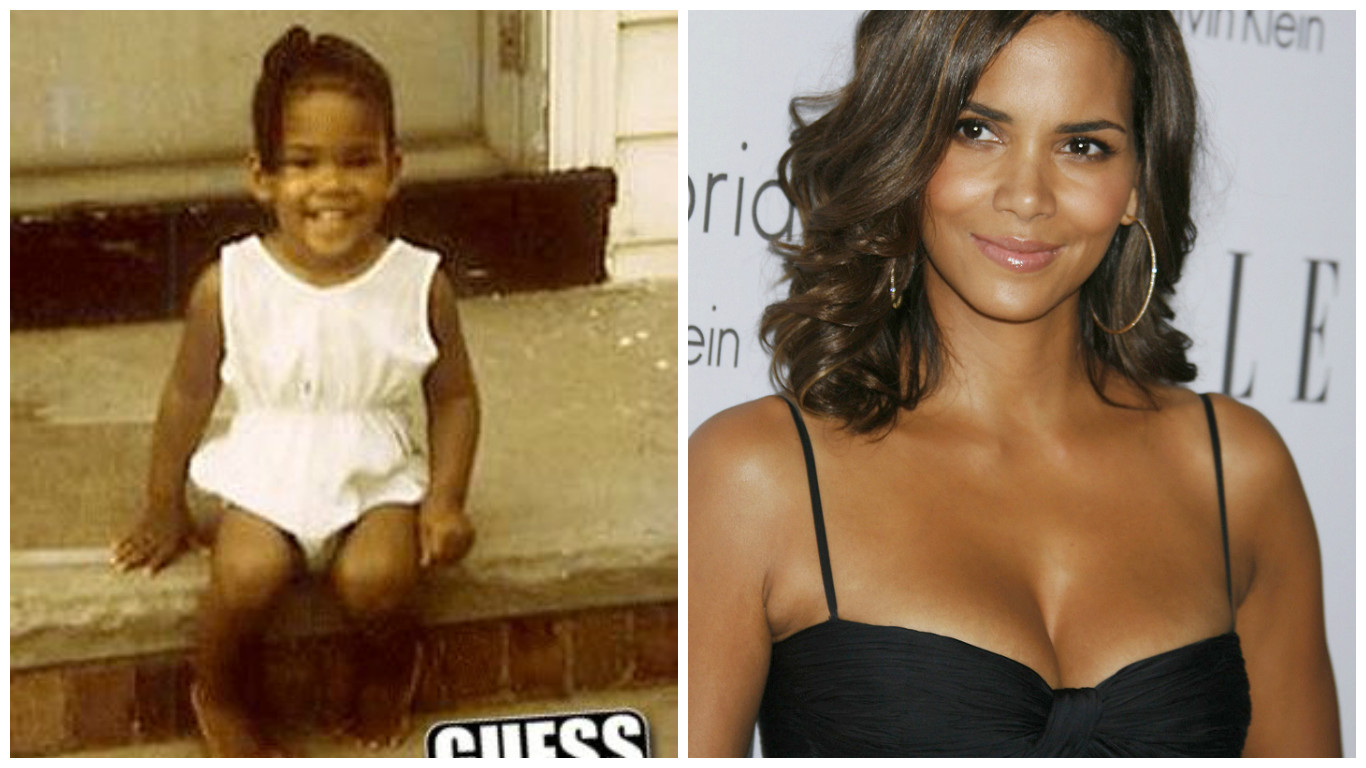 Yes, the kid is Halle Berry and no one would have thought that she would turn out to be one of the most beautiful women and of course an award-winning actress. 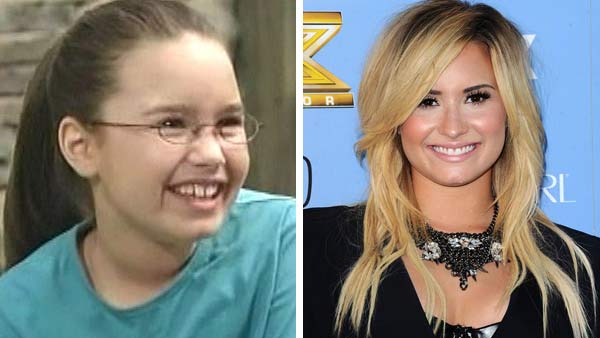 So, what do you have to say about this one? But yes, she is Demi Lovato. She might not be a cute kid, but she has grown o be way too beautiful. 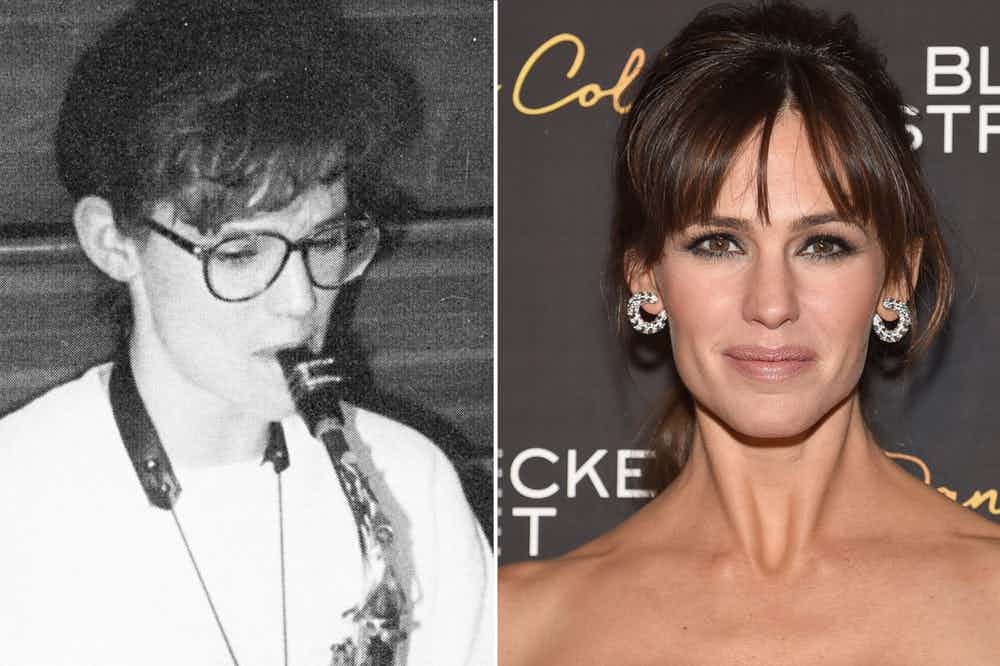 Here’s another geeky celebrity that actually played the flute in high school. A lot of these celebrities certainly went through awkward stages. It’s funny to see such geeky kids when you are used to these celebrities walking around looking like goddesses. 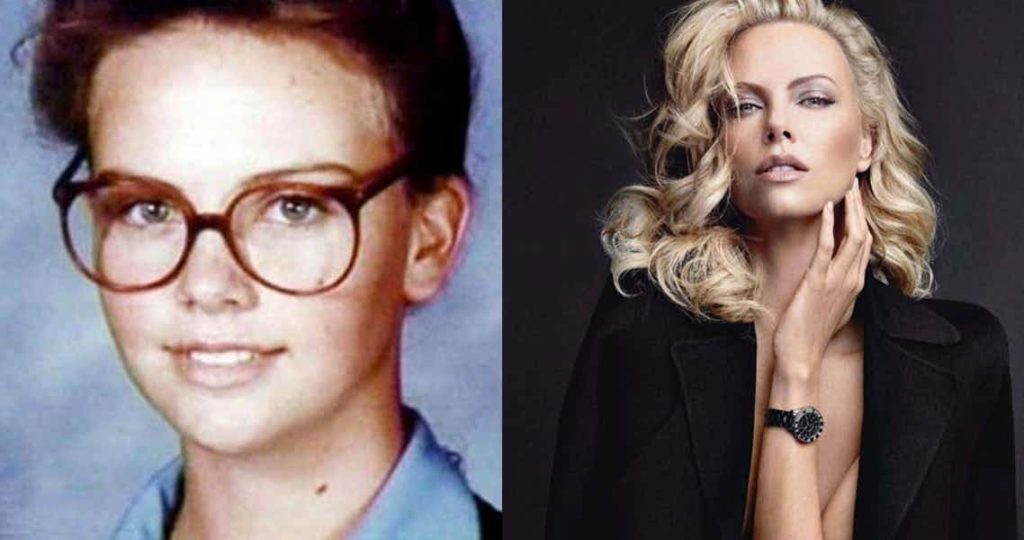 We can’t say that Charlize was ugly in high school, but she was definitely a big dork. She used to wear the biggest glasses known to man while she attended school and it surely didn’t help her to get any dates. It’s hard to believe someone as beautiful as Charlize would have ever had trouble getting a date but she really hardly ever had a date. Well, now the tides have totally turned.

When most women are asked who they think is the most attractive man in the world, hands down they say George Clooney. He’s got style, charm, swagger, and so much more. However, as a child, the only thing he had was a bad haircut and crazy big glasses. 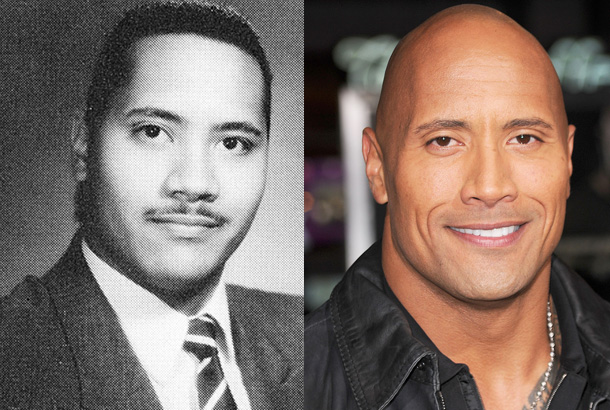 Dwayne Johnson is one of the hottest men in Hollywood right now, and we cannot seem to take our eyes off of all those muscles. In fact, it’s heartbreaking that he’s no longer single. He has stolen the silver screen when it comes to being an action star, and his career seems to be taking off these days. He just keeps getting better and better. But looking at this picture of his when he was a kid just breaks our heart and at the same time, it also motivates people to work very hard because only sheer hard work can take us from that to this.