It was first in 1993, that the Dragon Ball fans got to witness the site of the Legendary Super Saiyan when Broly was shown. The colossal villain first came into being in a one-off Dragon Ball Z movie that’s keeping the fans still skeptical, today. When fans got to know that Dragon Ball Super planned to glorify the form with a new female Saiyan, the fans’ skepticism touched new heights whether the Toriyama series would be able to deliver or not. However, what it seems like is that all their doubts have gone down the drain. After all, you won’t want to get into bad books of Kale after seeing the lady Saiyan go all out. So let’s discuss things about female Broly.

In the latest episode of Dragon Ball Super, fans watched as series’ second female Super Saiyan left herself loose. Kale, quite underconfident and skeptical about her own powers managed to achieve the legendary power of Super Saiyan after her mentor Caulifla powered up the last week; However, Kale’s form was undoubtedly something else. 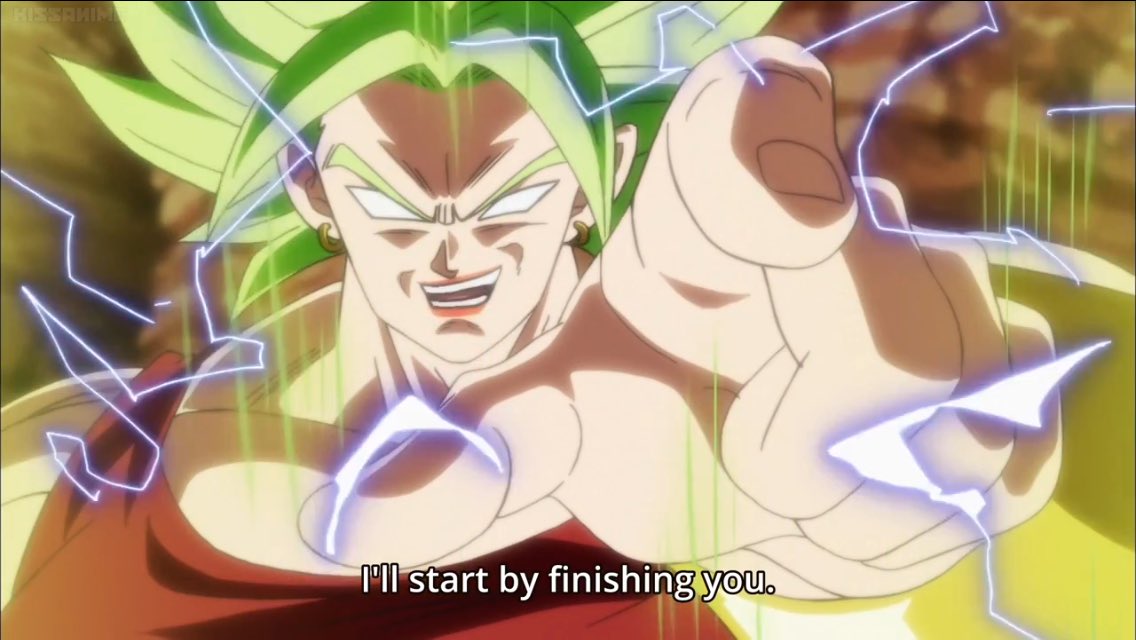 In the latest episode, fans can witness the extraordinary transformation for themselves. The clip starts with Kale sobbing and embarrassed in front of Caulifla and Cabba; The two Saiyans were trying to provoke Kale into going Super Saiyan by poking and taunting her. Well’ as it seems, their strategy worked better than they expected. Kale’s chi goes bokers as she transforms into an enormous Super Saiyan, and she says that her first actions after her transformation will be her killing Cabba.

Don’t Miss: Top 5 Strongest Dragonball Z Characters [Ranked] and No.1 is Not GOKU